5 Ways to Protect Yourself from Cyber Threats

In 2017, the state of Hawaii defended itself against 45 million unique attacks to its cyber security each day, says Todd Nacapuy, the state government’s chief information officer. This year that number jumped to 65 million a day, which poses the question: Are you and your company “relentlessly prepared” for today’s cyber realities?

“Relentlessly Prepared” was the theme of Wednesday’s Hawaii Business breakfast event at the Pomaikai Ballrooms, part of the C-Suite series of events. 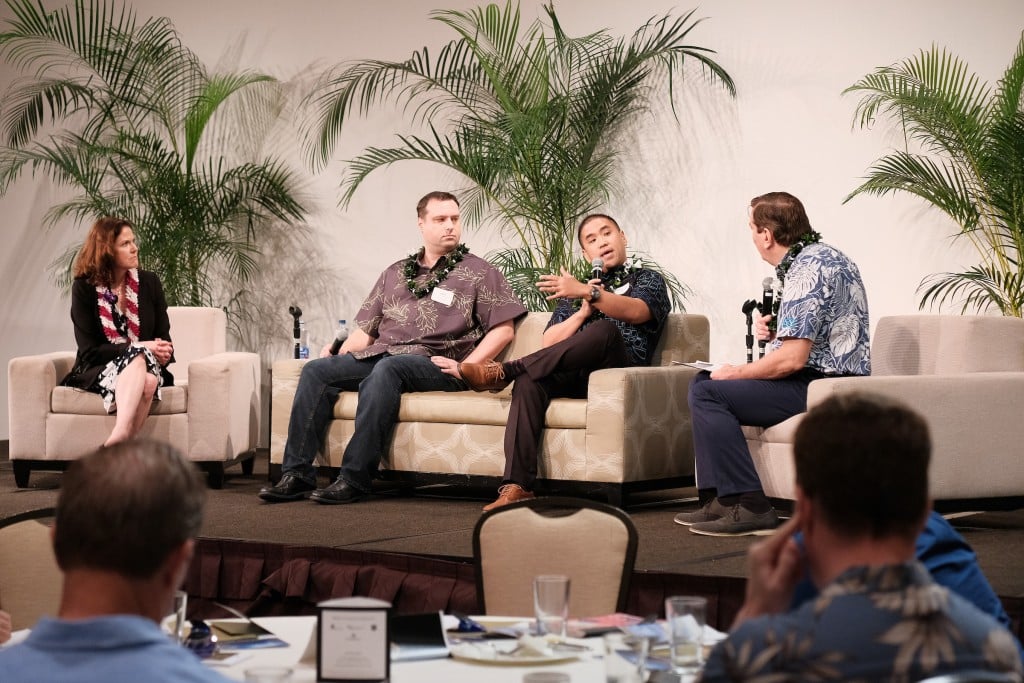 “There is a lot of opportunity when it comes to data, technology and being connected but with that comes threats,” says keynote speaker Angie Messer, chief transformation officer of Booz Allen Hamilton. Everyday things such as public Wi-Fi or USB drives were described as potential risks to cybersecurity if necessary precautions were not taken.

This article appears in the May 2018 issue of Hawaii Business Magazine.
Categories: Innovation, Leadership, Technology