Ahead of Her Time

Among her many achievements, Liliuokalani helped create a bank for women

Queen Liliuokalani is well known as a courageous advocate for Hawaiians. Less known are some of her efforts to improve the lives of women and children when she was still Princess Liliuokalani. That included a bank for women at a time when married women traditionally held no rights to finances or property.

Filmmaker Edgy Lee researched Liliuokalani extensively for her film, “Reflections of our Queen,” which will be shown in September and October at Washington Place as a fundraiser for that building, which was once Liliuokalani’s home.

“When we consider the innovative ideas that Queen Liliuokalani implemented during her lifetime, we begin to understand how progressive she was, certainly compared to most Victorian women. The idea of a queen who had traveled extensively; spoke, wrote, and composed in multiple languages, understood land, water and intellectual property rights and was eloquent in expressing her written opinions no doubt, disrupted the status quo,” Lee says.

During the 19th century, married women in Hawaii, the United States, Britain and elsewhere often could not own property; husbands managed their affairs as though they were a single entity. Many land-rich Hawaiian women married foreign men, including Liliuokalani’s hanai sister, Bernice Pauahi, who married Charles Reed Bishop, an American businessman and politician. Liliuokalani married American statesman John Owen Dominis, but she maintained strict control of her financial and other affairs in the marriage. 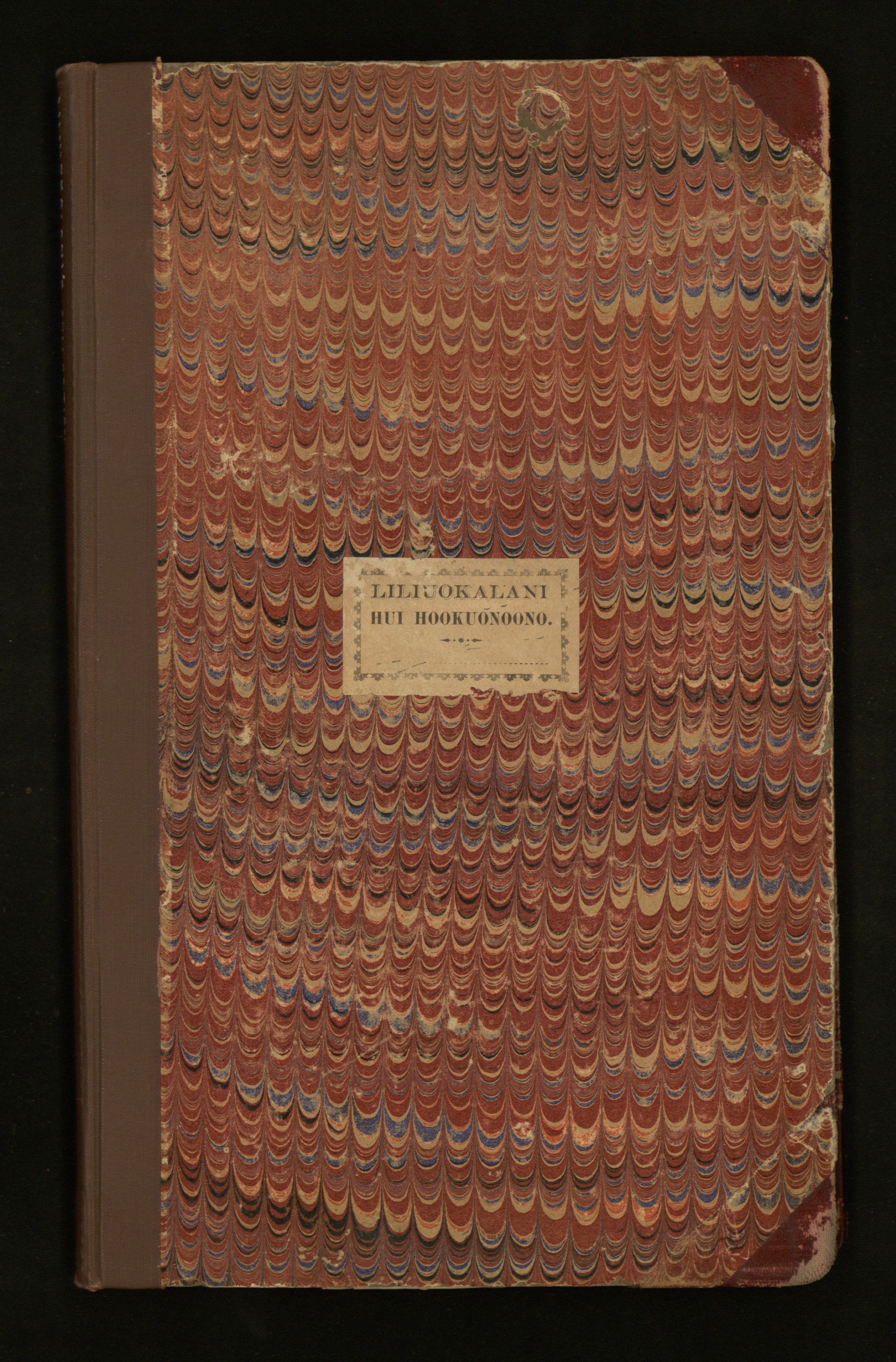 In 1886, five years before she became queen, Liliuokalani founded a women’s bank in Honolulu known as Liliuokalani’s Savings Bank. According to the Pacific Commercial Advertiser newspaper, membership was limited to 50 shareholders who each deposited $5 into the bank monthly. That money was then lent out with interest for the benefit of its shareholders.

In the film, Marion Lyman-Mersereau explains: “While a princess and not yet queen, Liliuokalani had announced the start of the Liliuokalani women’s Savings Bank but this might have been all too much for the Victorian sense of a woman’s place in society. The bank did not thrive but clearly this did not deter the Hawaiian women.”

Soon after, a second savings hui of women was launched in Hilo. “My great-grandaunt was Isabella Lyman,” Lyman-Mersereau says in the film. “She was friends with Liliuokalani. So in Hilo, Liliu and Isabella got together with other women and they organized a way for women to pool their money together, creating Hui Hookuonoono, which was so ahead of its time – a lending group for women so they had access to money,” Lyman-Mersereau says. 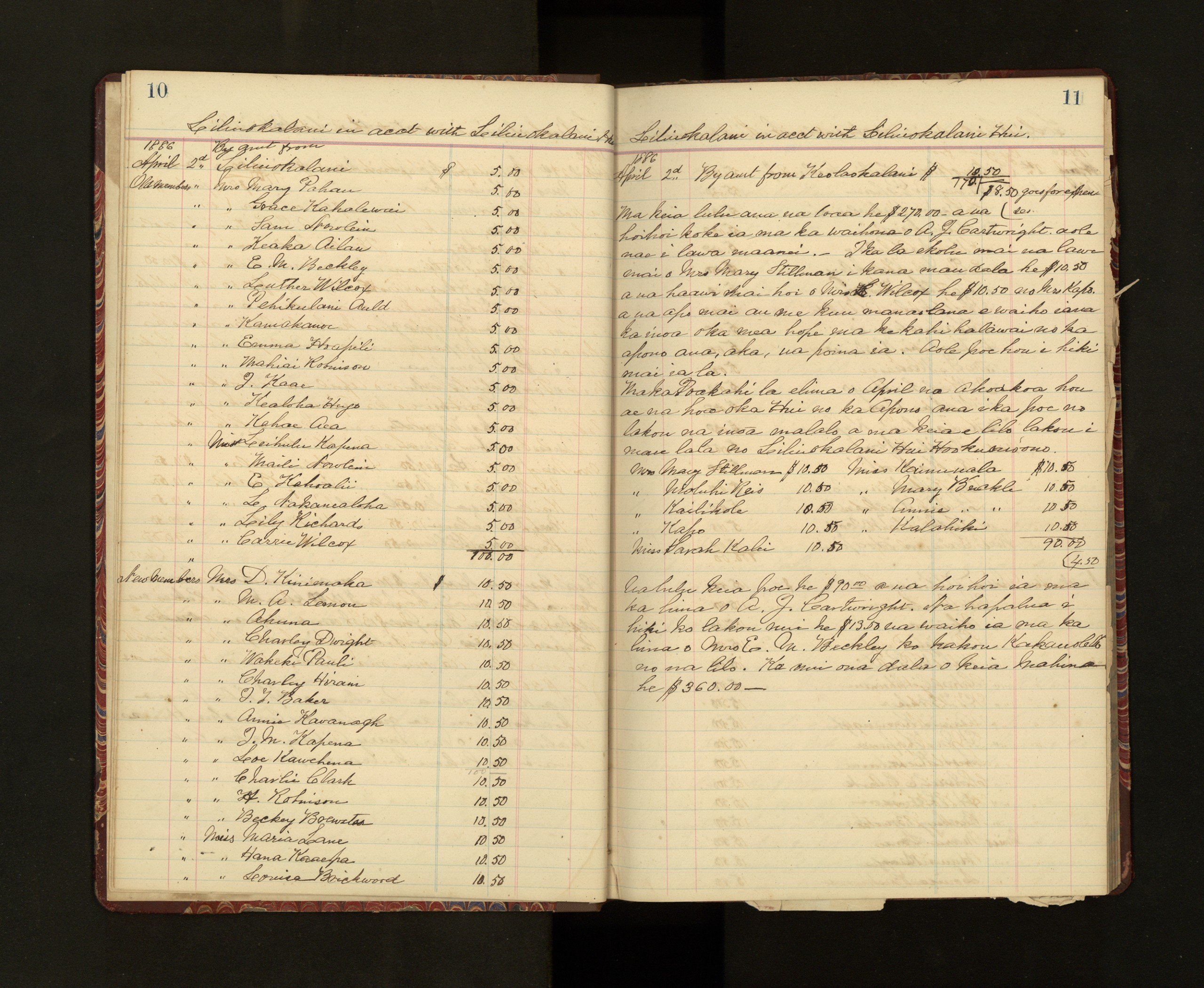 Isabella Lyman, a prominent missionary in Hilo, wrote a letter to Liliuokalani in September 1886 in which she describes Hui Hookuonoono’s founding meeting, at which 24 women signed up. “Several of the women took books and paid down the money for their daughters … others wish to join also but there are not enough books,” Lyman wrote, referring to bank ledger books.

The Kumukanawai o ka Liliuokalani Hui Hookuonoono laid out the constitution of the group. It was governed by a board of six officers: a president, treasurer and secretary, each with a deputy. Members deposited $5 on the second day of every month. The treasurer chose trusted individuals who held collateral to lend to at interest of 10 percent annually, then reported quarterly to members. Members were tasked with keeping personal records of deposits and required to keep funds in the bank for a full year. Any directorial changes needed a two-thirds majority vote.

The structure of Hui Hookuonoono set it apart from more informal lending groups that were forming at a time when banks didn’t exist in Hilo. Lyman explained in her letter to Liliuokalani that once the women understood the bank’s potential, interest was great. “They would like to have you send us one dozen more (ledger books). I feel quite sure they will soon be filled,” Lyman wrote.

Sadly, both the Honolulu bank and the Hilo savings hui were short-lived. There are few records for the bank. Hui Hookuonoono began keeping records in March 1886 and the last available ones at the Hawaii State Archives are dated October 1887, with 25 members still listed. But the concept of small loans for women and other underprivileged people championed by Liliuokalani are common today and well known as microfinancing.

Liliuokalani understood education and financial resources would be crucial to protect the well-being of Hawaiians amid the rapidly changing Hawaii of her time. In 1886, she began an educational society devoted to the betterment of Hawaiian children through education. And throughout her life, she went to great lengths to provide means for students to attend Kamehameha Schools and Kawaiahao Seminary School.

Among her greatest legacies is her trust. Astute management of her money and property resulted in a substantial estate, most of which was put into the Queen Liliuokalani Trust established in 1909. The trust’s mission is to support orphaned and destitute children through focused efforts to end the cycle of poverty for Hawaiian families. Its programs on the six main islands offer youth development services, family counseling and strengthening, financial coaching and ʻāina based service projects.

More than a century after its founding, it remains a powerful philanthropic force, ranked 115 among the state’s Top 250 companies by Hawaii Business. It focuses these resources on Native Hawaiians, who are overrepresented in the justice and welfare systems. But rather than simply give, the trust equips them with the skills needed to enable themselves to create better lives – the same ideas that Queen Liliuokalani sowed over a century ago.

Film screenings are on September 30th and October 28th at Washington Place.

The feature documentary film, “Liliuokalani – Reflections of Our Queen” will be presented both evenings and dinner is included, as is an open tour of the interior of the Queen’s home where she lived for 55 years.

Mementos from Washington Place and a gift from Hui Hanai are included with purchase of a ticket (courtesy of the Dolores Furtado Martin Foundation.)  The Queen’s music will also be performed by the Hawaii Youth Opera Chorus, the premiere children’s choir, directed by Nola Nahulu.

All proceeds from these two special evenings will support Washington Place Foundation (caring for the interior of the home and the collection) and Hui Hanai, title sponsor of the film (and publisher of Queen Liliuokalani’s writings and music.)