We asked business leaders and the general public about:

• their enthusiasm for attending events

• made in Hawai‘i products

Here is some of what we learned from the latest versions of the BOSS Survey of 421 local business owners and senior executives, and the 808 Poll of 427 members of the general public. Other results were published in the December issue of Hawaii Business Magazine.

What Are You Doing to Attract Employees?

Business leaders were asked which strategies they’ve used during the past year to recruit and retain employees. They could select all that applied. 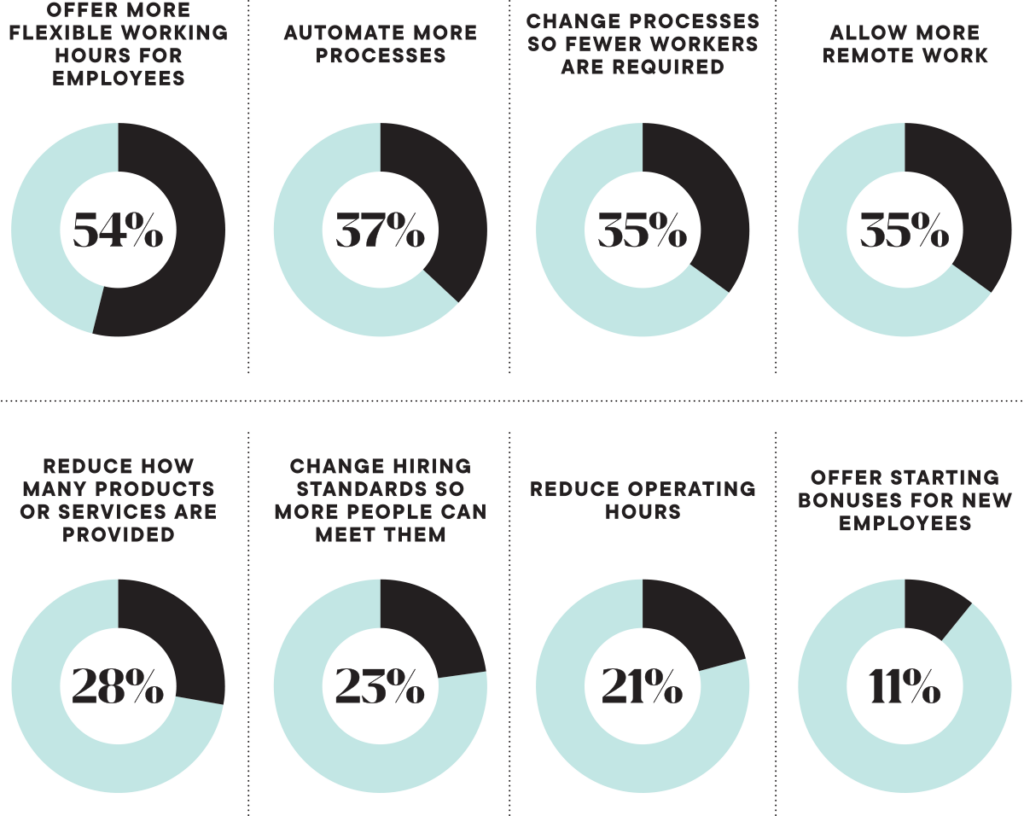 We asked business leaders and the general public about which of these outcomes best reflected their workplace environment now as compared to pre-pandemic.

How Often Are You Attending In-Person Events?

Each respondent to the BOSS Survey and 808 Poll was asked what best reflects their personal views regarding work-related gatherings of 20 or more people. 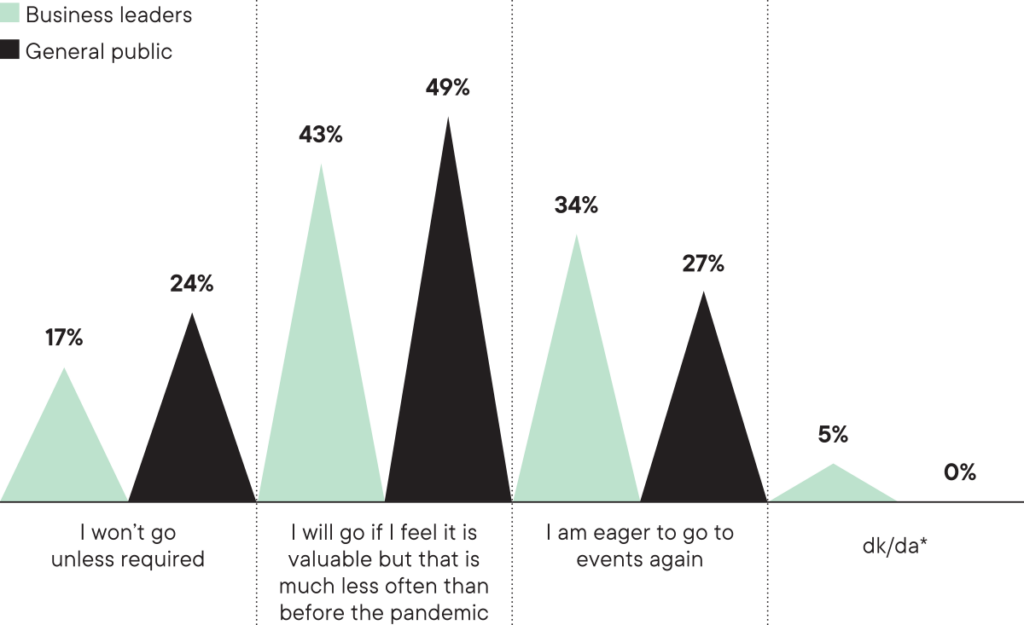 Each respondent was then asked which of the following statements best reflects their personal views regarding social gatherings of 20 or more people. 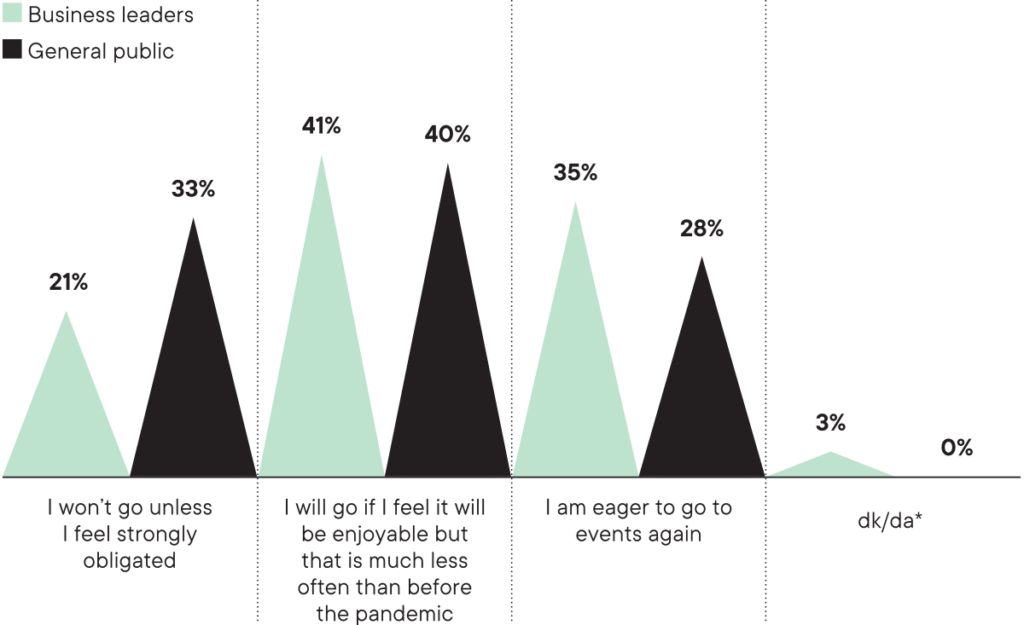 Respondents were asked if they wear a face mask around co-workers, extended family and close friends.

Respondents to both the BOSS Survey of local business leaders and the 808 Poll of the general public were presented with the following statement:

The peak year for Hawai‘i tourism was 2019, with 10.42 million visitors arriving in the Islands. This year, an estimated 9.2 million tourists will arrive. Which of the following three options best reflects your vision for local tourism in 2023?

Respondents in both surveys were asked if they made a conscious effort to buy made in Hawai‘i products when possible.

Next, each respondent was asked if they would be willing to pay a premium for Hawai‘i prod-ucts as opposed to less expensive products made elsewhere.

Those respondents who said they were willing to pay more for local products were asked how much more. 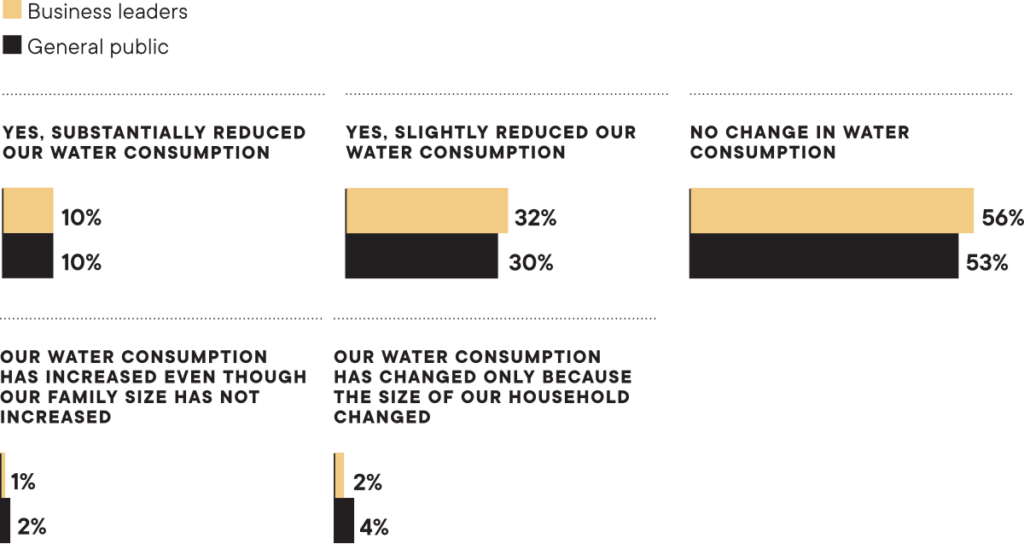