Here are the lessons learned from experts interviewed for this story.

1. Try to consolidate multiple projects into a big one.

Dana Bergeman, CEO of construction management company Bergeman Group, says many condo associations and unit owners look at infrastructure improvements as individual projects, but many can be consolidated. For example, combining a fire alarm or fire sprinkler project and a re-piping project can save condo owners money because contractors won’t have to open the walls as many times – which also means less disruption to owners and tenants.

“From my perspective, building after building, if I could just get them to just do a good modernization project and tackle most of these things at once, they would literally save themselves millions and millions of dollars,” he says. “But no one will do it. And no one wants to do it because no one has the money, and no one wants to have to face the reality of going out and taking out a loan.”

He adds there’s never been a better time to complete these projects because the pandemic has stabilized construction prices and the cost of borrowing is low. 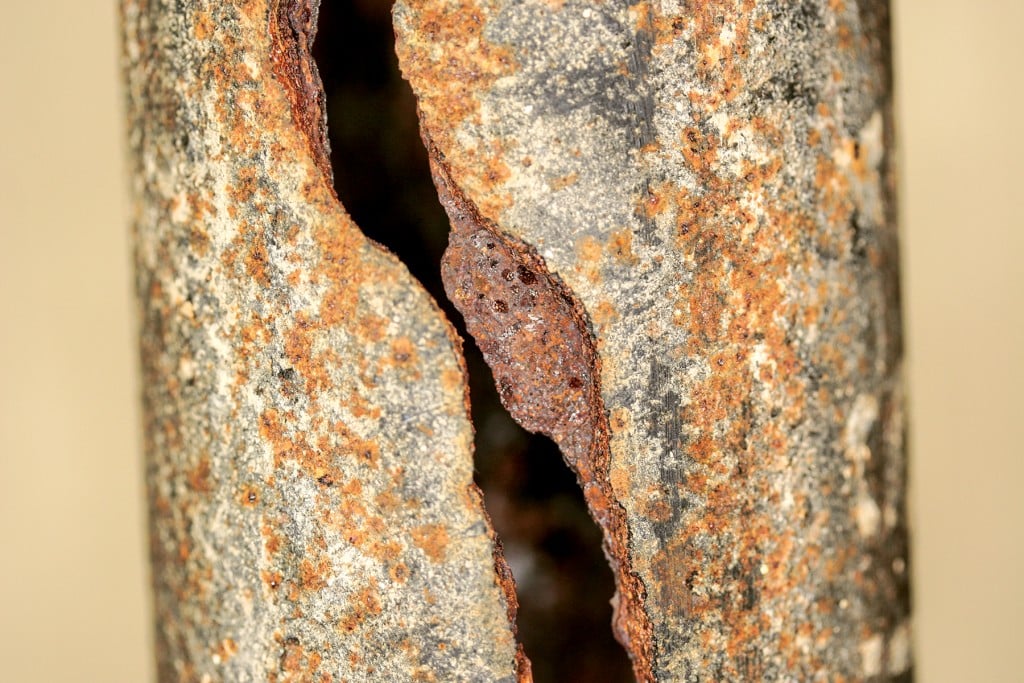 “There’s an irony here that, right now, due to COVID-19 we see people pulling back on their capital improvement projects when ironically there’s never been a better time to push forward because many of the buildings are empty, the cost of borrowing is extraordinarily low and contractors are looking for work,” he says. “So quite frankly now is the time to push forward with these projects. You could save a lot of money.”

2. Use capital efficiently and effectively.

“One can do the cheapest paint job possible and within a year there will be water blisters over the exterior, spalling pockets will follow and the life cycle is going to be shortened to a 10-year cycle (or less),” they write. “If done right, you may get a 15+ year paint/spall project. The difference to an association is having three paint/spall jobs over 30 years, the last of which is exceptionally large, or two good jobs at 15+ year life, which last over the same time period or longer, and which save millions.”

“From my perspective, building after building, if I could just get them to just do a good modernization project and tackle most of these things at once, they would literally save themselves millions and millions of dollars.” —Dana Bergeman, CEO, Bergeman Group

They also say regular maintenance should not be put off. Spalling should be remedied as soon as it’s discovered, and condo boards can do preventive maintenance, such as jetting pipes with high pressure water every few years to clear out buildups, says Kimo Pierce, president of Hawaii Plumbing Group.

3. Ensure every age-related project is included in your reserve study.

Re-piping is one of the biggest expenses a condo will incur, Bergeman says, and it was rarely included in reserve studies 15 years ago because condo associations thought pipes would last longer. Today, a lot of buildings include re-piping in their studies and are saving for them, he says.

Many condo buildings will also need updated fire alarms. Many reserve studies budget a small amount to repair existing fire alarm systems, Bergeman says, but some of those systems are so old that building maintenance workers have a difficult time keeping them in service or finding parts. 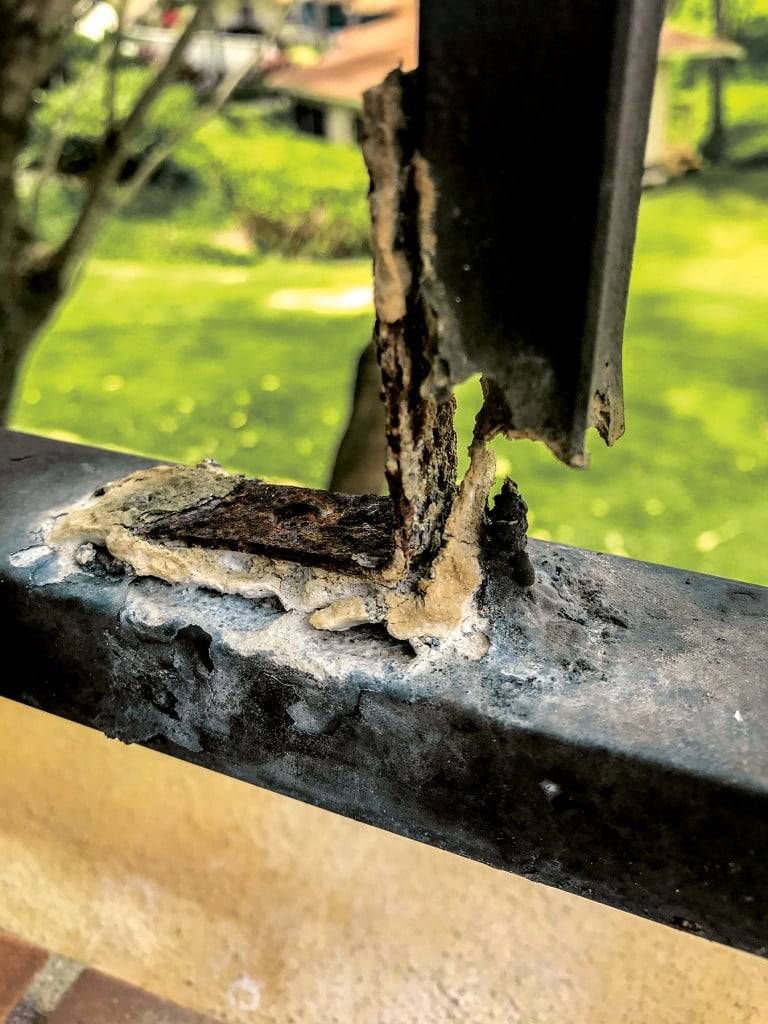 Advanced corrosion of a railing picket on a lānai. In the early stages of corrosion, a metal clip was installed to secure the picket to the bottom rail. Over time, the clip accelerated corrosion, creating an ineffective picket and a safety issue. | Photo courtesy of Elite Railings & Windows

“So now you’re in a situation where you have to go upgrade your alarm system to current code, and the cost of doing that is markedly higher than trying to limp a 40- or 50-year-old alarm system into the future,” he says. “So what’s happening is associations will look at their reserves and say, ‘Oh yeah, we got fire alarm in there.’ But the problem is the funding they’ve dedicated to that is woefully inadequate put into context of what the building really needs.”

Read the other parts to this story:

Part 1: A Condominium Can Last Hundreds of Years, But Not Its Components
Part 2: Why Condos Need to Plan Ahead for Major Repair Projects