Did You Know: Size Matters

The Hawaii Community Development Authority, the agency that oversees development in Kakaako and a few other places on Oahu, runs its shop with a mountain of rules and regulations, as you might expect. Whether you agree with HCDA’s rules or not, most are based on logic and the corresponding rationale is typically evident – things like density, green space, parking and mixed use.
Then there’s workforce housing, which, according to HCDA rules, gives developers a density bonus (meaning more units on the plot of land) if they build a high-rise targeting the working people of Honolulu (meaning households earning between 100 and 140 percent of the area’s median income). 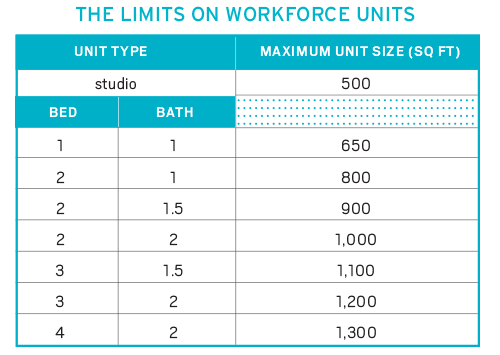 But, the developer must also ensure the units do not exceed maximum size requirements. Limits on unit size, really? The rules are quite specific.

Was there concern that some wily developer might figure out a way to build spacious, 1,500-square-foot apartments for Hawaii’s workers?

Downtown Capital is the only Honolulu developer so far to venture into workforce housing. Its twin-tower project, 801 South Street, sold out quickly and residents – including many first-time homebuyers – are moving into the first tower this summer. For Downtown Capital, the size rule wasn’t much of an issue. “Our mission is to provide housing for workforce buyers, not luxury investors,” says Downtown Capital’s Ryan Harada. “And our units fell under those size requirements anyway.”

“HCDA felt that luxury buildings would all have big square footage. Keeping workforce units smaller meant the luxury buyers wouldn’t be attracted to them.”

According to HCDA spokeswoman Lindsey Doi, the rule was designed “to encourage a workforce feel: basic units, with all the necessities, designed for families, but not extravagant.” She also makes a case that the limitations were an effort to limit speculative buying.

“The rule came from good intentions,” Harada says. “HCDA felt that luxury buildings would all have big square footage. Keeping workforce units smaller meant the luxury buyers wouldn’t be attracted to them.” 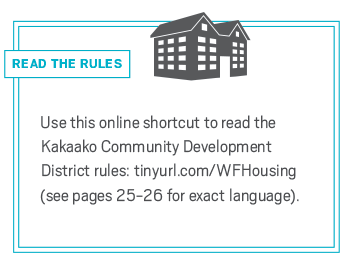 Maybe. But doesn’t the income requirement exclude the luxury buyer already? As for resale, the buildings’ density and lack of amenities are likely to keep appreciation in line with market value, meaning first-time buyers may eventually sell for a modest profit – exactly the goal for first-time home buyers trying to get into the housing market.

Is this another regulation that, with the benefit of hindsight, is unnecessary and possibly constrictive? Ask economist Paul Brewbaker about it and he shakes his head. “Way, way, way too many planners,” he says. His view is that market forces and profit margins will dictate size and amenities.

Madonna Castro Perez, who grew up on Guam, is rising fast in a male-dominated world.