Fixing Schools is a Broken Process 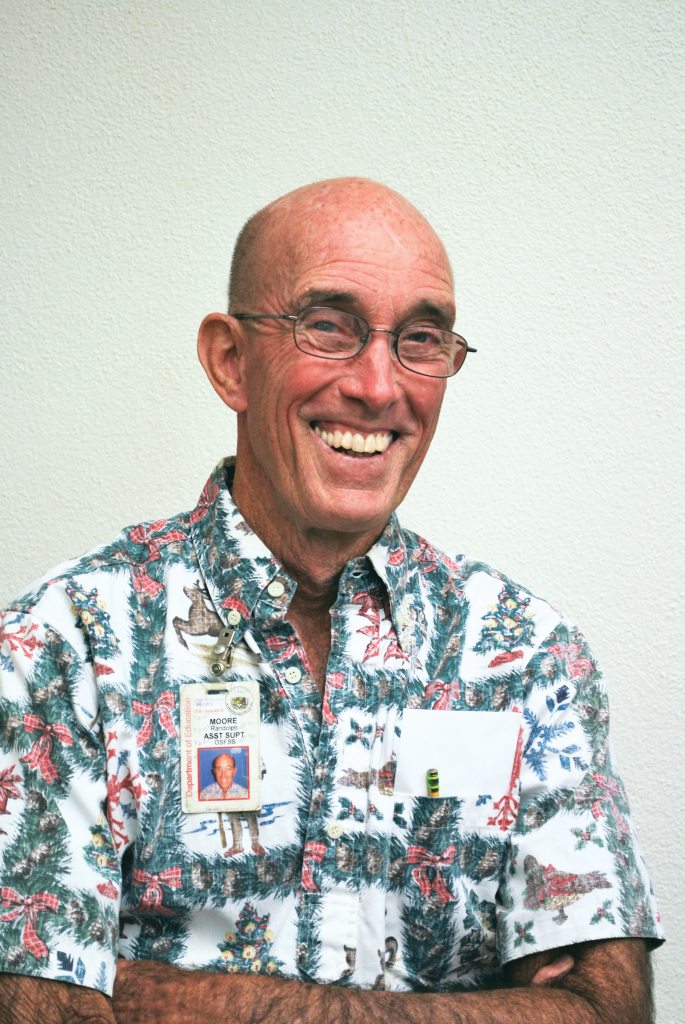 Randy Moore, assistant superintendent of the Office of School Facilities

“It’s OK as long as it’s for the children,” says Marion Higa.

The state auditor smiles wanly to show she’s being sarcastic while commenting on her office’s two-part 2009 audit of procurement at the Department of Education. That’s because she’s a stickler for law and order, and the report describes a Wild West of procurement improprieties and contracting schemes. It’s a story of imperious leadership and old-fashioned cronyism. It may also be a parable for what’s wrong with state government. But we’re getting ahead of ourselves. Let’s start at the beginning …

In 2006, the Legislature appropriated $160 million to the DOE for the renovation and repair of 96 schools, the final portion of the department’s Whole School Classroom Renovation Program. Years of neglect had left the public schools with leaking roofs and antiquated plumbing, and in desperate need of paint – facts well known to the DOE. Yet, when the department finally received the appropriation, it apparently had no idea how to spend that $160 million. It had no scopes of work, no budgets, and no timetables for the necessary construction and repairs. Instead, the state auditor’s report reveals that the department spent $18 million to $20 million of the Whole School appropriation to contract out these basic government responsibilities to consultants. The result is a baffling, multilayered system of program-management contractors and construction-management contractors that is the key to understanding how DOE went astray.

Pay attention, this part is confusing: The bottom layer of DOE’s system for orchestrating the Whole School program consists of the contractors at the individual schools, those coordinating the actual work of roofers, plumbers and painters. These contractors, however, are overseen by three companies with contracts ranging from $4.4 million to $7.3 million. These overseers are responsible for providing design- and construction-management services to the lower-level contractors. The construction management contractors, in turn, are overseen by yet another company, a long-time DOE consultant with a $2.3 million contract for primary management over the $160 million program. In all, the department has managed to insert three levels of middlemen between the subcontractors who actually perform the repairs and the DOE officials who are theoretically in charge.

As the report notes, the department – in particular, the Office of School Facilities, which is supposed to oversee construction and maintenance – appears to have outsourced its fundamental responsibilities. Instead, its elaborate system of contracts “provides consultants with the ability to monitor each other, review each other’s proposals, negotiate fees and modifications with each other, and evaluate each other’s performance, all at the department’s expense.” By surrendering these functions, DOE loses some of its most important tools for preventing fraud and abuse. It also exposes itself to a kind of Alice in Wonderland version of procurement.

Some of the effects are outrageous. For example, in DOE’s upside-down world of contracting, it is the construction-management consultants, rather than the department, who determine which projects at each school will be funded, the timetable for the work and how much the construction managers will be paid. In addition, the program-management consultant appears to exercise “excessive control” over contracting: negotiating fees, making award decisions, drafting documents and even directing department staff. At one point, the program-management consultant was allowed to submit a proposal on a construction-management contract, which would have put the company in charge of supervising itself. Under this system, it’s impossible to assure a competitive bidding process or to determine whether the state is getting good value for its money. 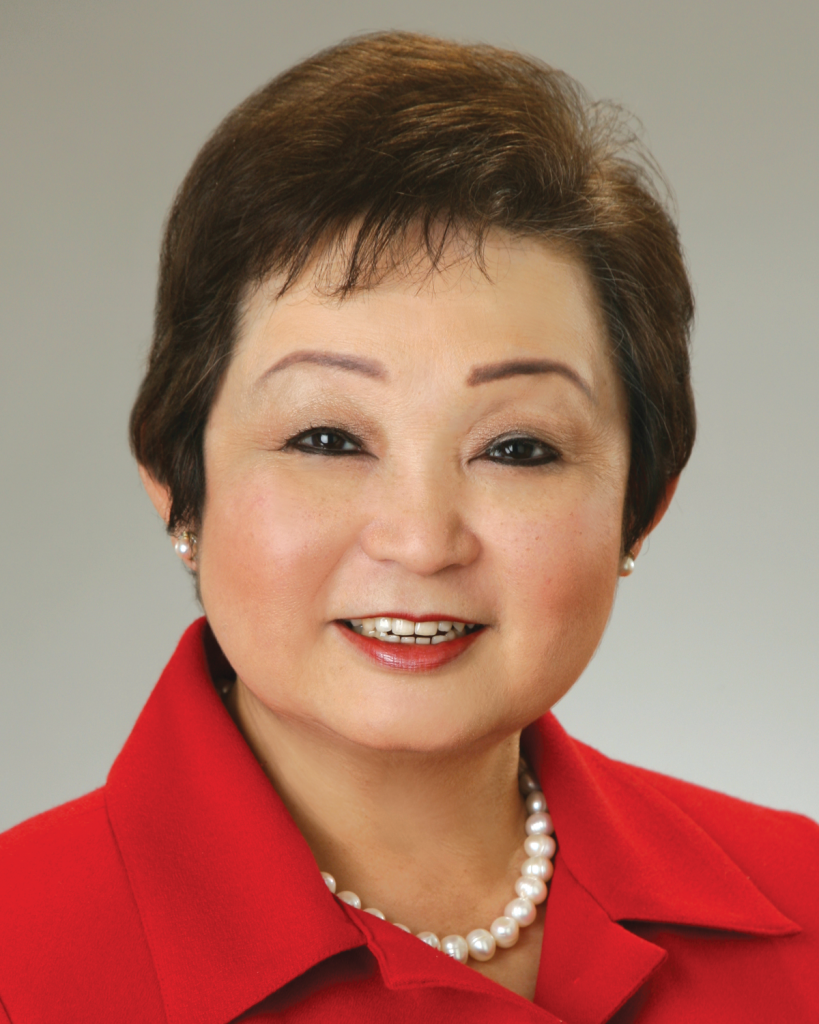 To understand how the department got to this point, we have to back up a bit. Although DOE has always handled some procurement, historically the Department of Accounting and General Services was in charge of procuring construction, repairs and maintenance. For years, DOE officials complained that this arrangement was dysfunctional. In 2004, then-superintendent Pat Hamamoto successfully lobbied the Legislature to move this procurement to DOE as well.

The irony is that moving procurement from DAGS to DOE hardly changed anything. For example, DOE did not have staff to handle the increased workload; so more than 200 DAGS employees – nearly all of those who formerly handled DOE procurement – became employees of the DOE. And because DOE did not have the space to accommodate them, those employees simply remained at their desks at DAGS. Only the names at the top of the procurement chain changed.

Despite the superficial nature of the move, DOE officials still tout its advantages. “It has definitely been a benefit to the DOE to have those functions in-house instead of at DAGS,” says Randy Moore, assistant superintendent of the Office of School Facilities, which is responsible for construction and repairs. However, Moore acknowledges that the change might have been less than expected. “Part of it, in hindsight,” he says, “was that we were able to reduce and pretty much eliminate what had been the historic view on the part of DOE – that all of our problems were DAGS. That ‘us-and-them’ attitude is greatly reduced.” Moore also admits that the old criticisms leveled at DAGS were exaggerated. He notes, “With the benefit of hindsight, DAGS did very good work.”

In contrast, the auditor’s report is highly critical of the Office of School Facilities. Although the department’s handling of management consultants may be the most egregious of its findings, the report offers a litany of detailed accusations. A quick scan of some of its headings is instructive: “Solicitation and selection process manipulated to award contract to predetermined contractor”; “Selected contractor given unfair advantage due to improper communications and apparent bias”; “Recently awarded study contract displays apparent lapses in ethics and judgment”; “Subcontractors are used to evade the procurement process.” The criticisms are so many and so intertwined, it’s hard to keep track.

Interestingly, Moore’s predecessor, former assistant superintendent Rae Loui, seems to be connected to many of the charges leveled in the report. Loui left DOE in December 2005 to become a vice president at M&E Pacific, a long-time contractor at DOE (and the program-management contractor overseeing the Whole School program). The auditor’s report suggests that Loui used her influence with former employees to secure a $300,000 construction-management contract for M&E Pacific in 2006, in violation of statutory standards of conduct. Similarly, officials in the Auxiliary Services Branch of the Office of School Facilities improperly offered Loui advice on how to secure playground equipment projects, providing M&E Pacific with an unfair advantage over other competitors. But Loui is not alone in exploiting her DOE connections; other former employees also seem to have used their relationships to get contracts with the department.

Loui did not respond to our requests for an interview.

The auditor’s report lays the blame for all these abuses squarely at Moore’s feet. “The lax tone from the top has unintentionally set the stage for a culture of disregard of procurement rules in the Office of School Facilities. The assistant superintendent of the Office of School Facilities exemplifies the attitude that public procurement rules just get in the way of doing the work.” In other words, Moore either invited misconduct by his outspoken disdain for procurement rules, or he tacitly encouraged a climate of “anything goes” by turning a blind eye to shady practices so long as they “got things done.”

Moore takes the criticism calmly – particularly criticism of department outsourcing. “That occurred because when all this work transferred over from DAGS. The number of people that transferred was not commensurate with the volume of work.” He adds, “Actually, our objective is to staff on a permanent basis for the steady level of work and to contract out for the peaks. And the DAGS people came over during one of those peaks. By the end of the calendar year, that level will be way down and we will no longer be contracting for those services. Actually, we haven’t had any contracts for that in a fairly long time; we’re just working off the old contracts.”

Former superintendent Pat Hamamoto responds to the accusations in the auditor’s report with much the same tone as Moore: What about Loui’s undue influence? “I think there were instances in which it didn’t come out the way it should have.” Have any employees been disciplined? “That’s a personnel matter; it’s confidential.” What has been the response to the report? “I think most of the findings, we took care of them.” It’s as if DOE officials read a different report than the one Higa wrote. Nonetheless, Hamamoto referred the auditor’s report to the Criminal Division of the Office of the Attorney General.

Of course, not everyone believes that the state auditor’s office is the last word in evaluating the effectiveness of government programs. For example, former state highway administrator Pericles Manthos (who had his own run-in with Higa several years ago) points out that the use of program management consultants isn’t unique to Hawaii. “Program management is used in a lot of Mainland states,” he says, “because they just don’t have the manpower, and they haven’t for years.” In addition, Manthos isn’t sure the “bottom line” should be measured by what’s cheapest for the agency. “It should be what’s best for the public.” By that measure, who’s to say expedience isn’t as important as good value and fair play? But Manthos’ primary complaint is that, while an auditor might be good at crunching numbers, that doesn’t mean she can assess complicated subjects like construction or engineering. “The financial finding is important,” Manthos says, “but it’s not the only thing.”

Former superintendent Hamamoto agrees. “Let me explain why,” she says. “When the auditor audits us, there are some considerations that we look at. For example, did she compare us to a large company? Did she consider manpower? etc. When she looks at it from a process standpoint, then I can understand it and put substance to what she says. But, when they get technical about either the way construction contractors are, or make broad generalized statements, yes, we do get concerned. Are they using people with expertise, who understand what’s going on, when they make those audit findings?”

For Higa, procurement rules are simply the standards of good government. “There’s something called a fraud triangle,” she says. On a scrap of paper, she sketches out an equilateral triangle, labeling the sides: opportunity, pressure and rationalization. Opportunity, she says, arises wherever there is a climate of lax enforcement. Pressure can be as simple as “I can’t pay my mortgage this month.” Rationalization, she notes, often takes the form of truisms: “Everyone does it” or “This benefits everyone.” Higa pauses and taps gently on this last leg for emphasis.

“And this is the classic rationalization,” she says. “ ‘We’re doing it for the children.’ ”

What Should Be Done

Included in the state auditor’s report on DOE’s procurement system is a long list of recommendations. Here is a selection:

The superintendent should review the use and structure of $21 million in project and construction management contracts for the Classroom Renovation Project, focusing on

For the full list of recommendations, and to read the report in its entirety, visitwww.state.hi.us/auditor/Years/2009reports.htm