Yet for one group, the recovery hasn’t come fast enough.

Those are the owners of resorts and hotels who’ve been unable to pay their mortgages and are having to beat back foreclosure efforts. Banks and others have been at their doorsteps, while some owners have simply surrendered to financial realities and handed their keys to lenders. 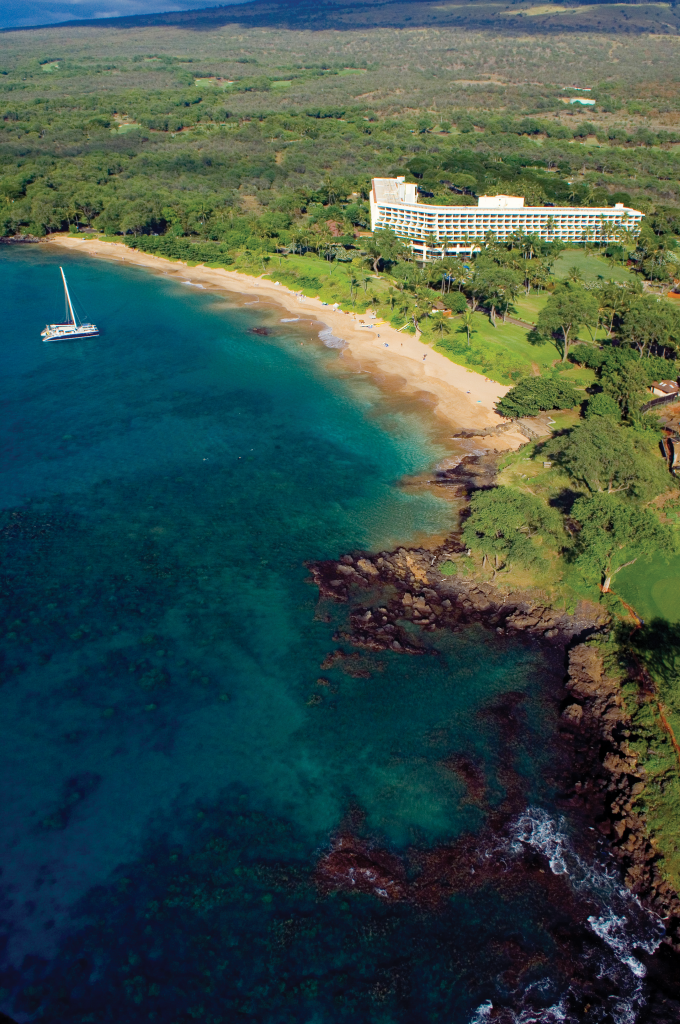 During the past three years, some of the state’s biggest resorts have been deeded back to lenders, including the 858-acre Turtle Bay Resort and the 540-room Fairmont Orchid on the Big Island’s Kohala Coast. Others, such as Maui’s 463-room Ritz-Carlton Kapalua, are going through painful foreclosures, or have had to seek restructuring of their loans, as is the case with the Four Seasons Maui.

Hawaii is seen nationally as one of the troubled hotel loan hotspots, with no less than a dozen hotels in some stage of distress. Real Capital Analytics, a New York-based commercial real estate research firm, has identified $2.09 billion of troubled hotel loans in the Aloha State.

The average debt per property is $174.4 million, the highest nationally. The next highest state on Real Capital’s list is Nevada, where distressed loans average about $32 million less than in Hawaii.

Ben Thypin, a Real Capital senior market analyst, says Hawaii’s status is a function of the value and size of hotels here, not because of the number of properties involved. Nevada, for example, has 59 hotels where financial woes have checked in, while California has 239.

Nonetheless, Hawaii hotels are on the list and are part of the $32.3 billion of distressed-hotel debt nationally. Thypin says it will most likely take years for the situation to resolve as owners, lenders, special servicing agents, receivers and lawyers huddle.

“We’ll continue to see some distress in the market,” says Joseph Toy, president and chief executive officer of Honolulu-based Hospitality Advisors and a receiver in two recent sales of distressed hotels.

It’s also expected that some banks and lenders will start selling off some of the distressed properties this year. A group of “vulture funds” and other buyers also are standing by hoping to acquire Hawaii properties at fire-sale prices.

Roots of the problem

The current situation has its roots in far sunnier days for both hotels and lenders that occurred mid-decade.

At the time, Hawaii was several years into a comeback from the slump following the Sept. 11, 2001, terrorist attacks and the start of the Iraq War in 2003.

Hawaii’s hotels slashed room rates to entice visitors as occupancy plummeted. In 2002, average revenue per available room, a metric closely watched by hoteliers, fell to under $100 a night, while room occupancy was under 70 percent.

Tourism bounced back and eventually broke a record in 2005. Roughly eight out of every 10 hotel rooms were occupied during the year as revenue per available room jumped above $130 a night. 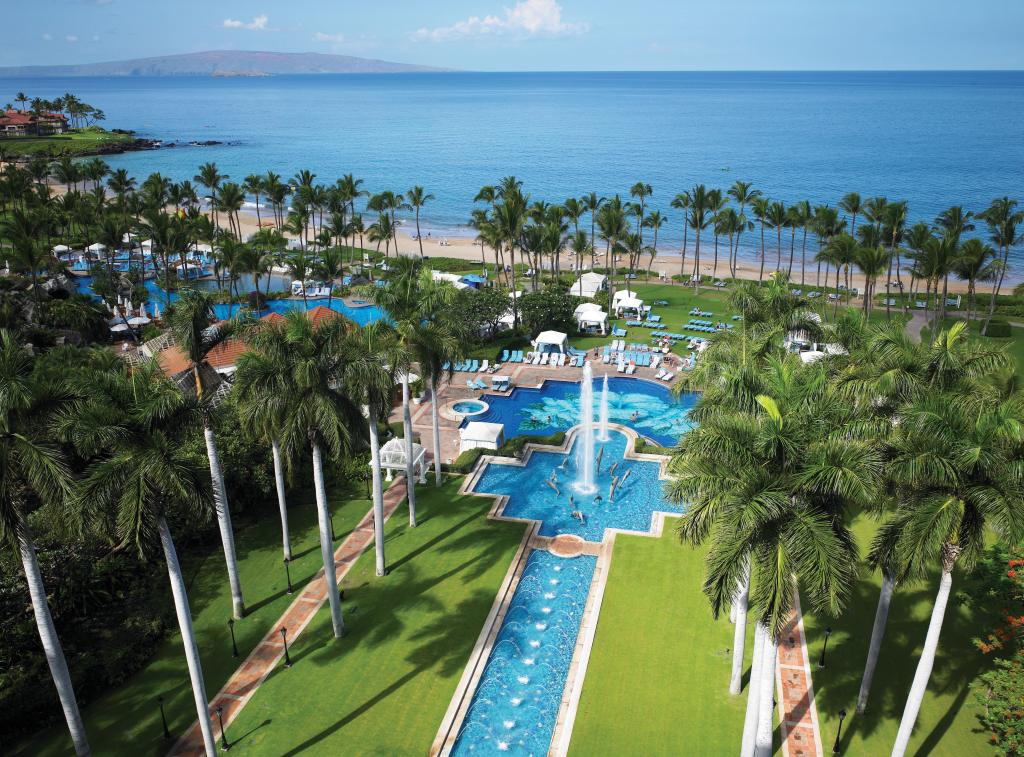 At the state’s deluxe and luxury hotels, some properties’ average rates were in the $300 range.

Some of the owners who bought during the late 1990s wave of foreclosures on Japanese investment properties took advantage of the spike in hotel values to flip their investments.

“The simple way to look at it is that, at the peak of the market, people thought they could get $300 a night. That came down rather quickly.”

Perhaps more significant was what was happening in financing for hotels. In a change analogous to the easy money in subprime residential mortgages at the time, banks and others loosened lending practices for hotels.

Bratton says the distinct change in capital markets made more money available for such transactions. Some lenders originated first mortgages and then packaged them as part of commercial-mortgage-backed securities rather than keep them in their own portfolio.

A few years earlier, most lenders would cap loans at 50 percent of a hotel’s value, says Outrigger’s Carey. Then the loan-to-value ratio went as high as 90 percent, he says.

Moreover, the valuations were sometimes aggressive and based on room rates reaching cyclical highs.

“We had some offers on loans that I just couldn’t believe,” says Carey.

Then 2008 occurred. There were warning signs about the economy with problems at Bear Stearns early in the year, but alarms in the local visitor industry really started going off when Aloha and then ATA airlines folded in quick succession during the spring, reducing tourist-laden flights coming to Hawaii.

Lehman Brothers’ collapse in September sealed any doubts that the U.S. economy was in deep trouble. Dreams of maintaining $300 room rates at luxury hotels faded and Hawaii became one of the first markets where the distressed hotel problem cropped up.

Hotel owners who had bought at the top of the market with high loan-to-value ratios were quickly in trouble. Hawaii visitor arrivals fell from 2007’s peak of 7.63 million to 6.82 million.

“This was the biggest, sharpest drop I’ve seen in 30 years of being in the business,” says Keith Vieira, senior VP of operations for Starwood Hotels & Resorts. That hurt hotels’ bottom lines and some owners’ abilities to pay their debts, he says.

In effect, what’s happened is the greatest tumult in hotel ownership locally since foreclosures in the late 1990s on properties bought during the Japanese investment bubble.

At the Aston Kauai Beach at Makaiwa the impact was felt as occupancy plummeted. The 311-room oceanfront hotel had been under new ownership for roughly two years, having been purchased by Gaylord Entertainment Co. and a Deutsche bank division – the RREEF Global Opportunities Fund II – in 2006 for $68.8 million.

Gaylord Entertainment’s Securities and Exchange Commission filings show the purchase was funded by a $52 million senior loan, an $8.2 million mezzanine loan and other financing. 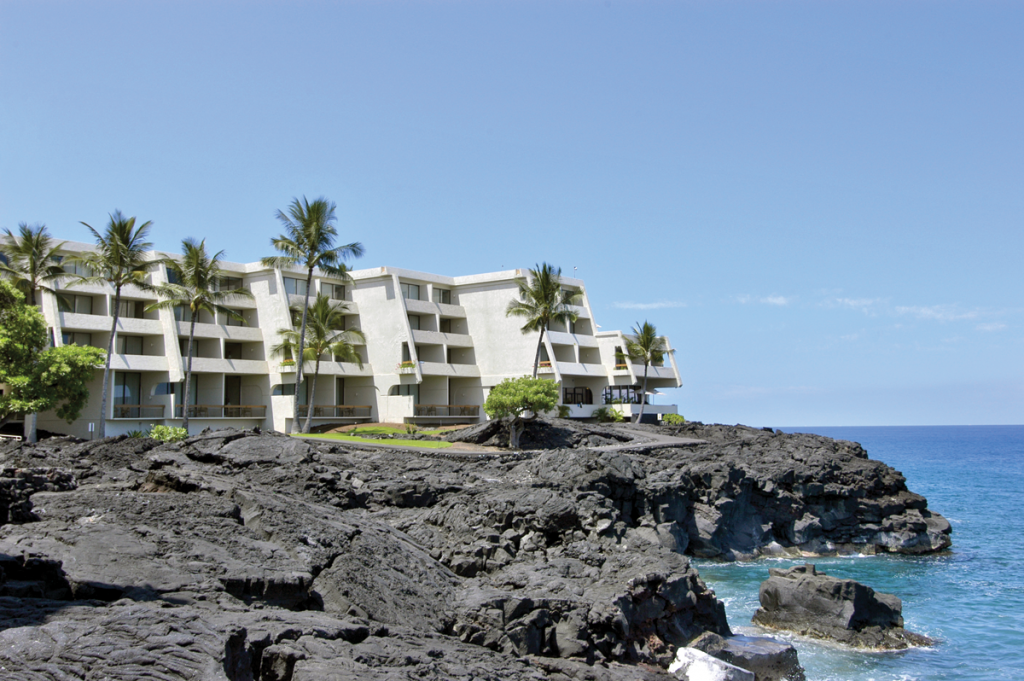 The owners defaulted on the loan as the hotel’s performance sank. SEC documents show that, during the 12 months ending Aug. 31, 2010, occupancy was below 50 percent, while the average room rate per available room was just $45 a night.

A special servicer for the property was brought in to oversee its operation before the lender agreed to its sale for roughly $30 million less than what Gaylord and RREEF had paid.

In another well-known case, the Makena Beach & Golf Resort went through foreclosure just a couple of years after its owners paid a record $575 million for the property, which includes the Maui Prince Hotel, two Robert Trent Jones Jr.-designed golf courses and 1,800 acres of resort land.

The 2007 purchase by one of Morgan Stanley’s vaunted real estate funds and a group headed by Maui developer Everett Dowling carried a $192.5 million first mortgage, with another $225 million from a mezzanine loan.
But the Morgan Stanley Real Estate Fund V walked away from $250 million of equity it had as the property started losing a reported $1 million a month.

The lenders, a UBS commercial mortgage securities trust, were able to take the property back in a foreclosure auction through a $95 million credit bid.

Since that time, an investor in a lending trust, AREA Property Partners, has assumed ownership with two local partners – Trinity Investments LLC and Stanford Carr Development LLC – with hopes of revitalizing the property as the Makena Beach and Golf Resort.

It’s difficult to predict what will happen since each situation differs. But there’s general agreement the problems will work themselves out if the Hawaii visitor industry continues to improve along with room rates in coming years.

It appears many lenders are extending loans to give owners more time to cure their defaults or restructure loans, some at lower interest rates. These properties generally are receiving an extra two years on what are typically five-year loans, Bratton says. The owners may also be required to put more money in.
“The minority is the lender that takes it back and sells it,” Bratton says, noting lenders typically don’t want anything to do with operating hotels, which are management and labor intensive.

“They really want to avoid it.”

There are those lenders who’ve taken back hotels but have a wait-and-see approach to unloading properties. Vieira sees room rates getting back to their 2007 levels sometime in 2013, bringing with them rising hotel values.

“It just depends how patient you are,” he says. Meanwhile, “There are a lot of people out there looking.”
Outrigger will be interested if and when properties become available, Carey says, adding that a number of investment funds also are looking at Hawaii. He sees the current situation being sorted out over the next two to four years.

Another reason to suspect that buyers will appear is there are few new hotels on the drawing board. Investors hope to pick up bargains at less than replacement cost.

Hospitality Advisors’ Toy sees hotel sales picking up this year, with the transactions generally being a plus for the visitor industry.

Some people say hotels with distressed loans suffer physically because there is no money for renovations or to a lesser extent, repairs and maintenance. In some cases, owners may need to get approval from lenders’ special servicers or receivers in order to spend money.

Toy, who has advised or overseen distressed debt cases totaling $3.8 billion over the past 20 years, says he sees ownership turnover as a good thing. In many cases, a new owner has more money, including funds to renovate and reposition properties.

That’s what happened at the Aston Kauai Beach, which was sold to a partnership of Dallas-based Behringer Harvard Opportunity REIT II and JMI Realty, a firm partially owned by San Diego Padres owner John Moores.
The new owners came in with an $11.7 million renovation plan and have repositioned the property as the Courtyard by Marriott at Coconut Beach.

“Foreclosures are typically a good thing because it is what really needs to occur to rejuvenate the property,” Toy says.

“It rebalances debt to the property.”

Outrigger’s David Carey estimates that half of the loans on luxury properties in the state are underwater. Others say maybe 20 or so hotels have problem loans. Here are prominent properties in financial distress:
Grand Wailea

The 840-room hotel was among the luxury hotels sold in a multibillion-dollar deal to a Morgan Stanley fund in 2007. The owner tried to restructure the loan, but, in January, the hotel was among eight properties nationwide taken over by lenders to the fund.
Ritz-Carlton Kapalua

MSD Capital LP, the private investment firm of Michael Dell and his family, reportedly has been trying to restructure $425 million of loans on the 380-room hotel after missing mortgage payments in early 2010.
Fairmont Orchid

Westbrook Partners LLC and other investors deeded the 540-room hotel to lender Barclays Capital in lieu of a foreclosure on the Kohala Coast property. The transfer occurred four years after Westbrook paid $250 million for the property in 2005.
Turtle Bay Resort

Also the subject of a deed in lieu of foreclosure with Oaktree Capital Management last February turning over the 858-acre property and 443-room hotel to lenders that included Credit Suisse.

Bank of America took over the 521-room hotel from Koa Hotel LLC, which had taken out a $60 million loan on the property.
Ilikai Hotel

The 203 units under the hotel’s ownership went to iStar Financial after developer Brian Anderson defaulted on $72.6 million in loans taken out in June 2007. The lender has held on to the property since taking it over in April 2009.
Aloha Beach Resort Kauai