An employment attorney says the ruling, which follows a national trend, should persuade business owners and employers to review non-compete agreements.

In February, the Hawai‘i Supreme Court handed down a landmark case on post-employment restrictive covenants, better known as “non-competes.”

The court had leaned toward enforcing non-competes in the past, but in Prudential Locations vs. Lorna Gagnon and Prestige Realty, it struck down Prudential’s non-compete clause, essentially saying “post-employment covenants are void unless you can show a very clear business protective purpose,” says attorney Bryan Andaya.

The court defined “protective purpose” as guarding close customer contacts, or proprietary or confidential information, says Andaya, an attorney specializing in labor and employment law and a director at ES&A, a Honolulu-based law firm.

“You have to be very specific about what you are trying to protect in order for it to be enforced,” he says. 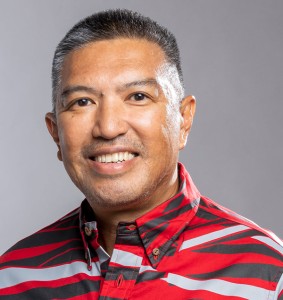 The Hawai‘i Supreme Court ruling follows a national trend toward disfavoring non-competes in employment law. (Andaya explains that another type of non-compete, such as the kind used when a person buys a business, is something you “can and should have.”)

“More states are developing the view that employees, individuals, team members, should have the right to do their profession,” he says. “In California, non-competes are totally dead. Hawai‘i is not there yet. It holds open the possibility for protecting trade secrets and close customer relationships.”

One exception to that: HRS Section 480-4 bans non-compete and non-solicitation clauses in the technology industry. That law allows people in the tech field to pursue their careers more freely.

Any client-based business such as a real estate agency or beauty salon can benefit from having signed agreements with employees: “Really any business with a dedicated clientele where business development involves having a close relationship with customers,” Andaya explains.

“You have to draft it properly, though, and instead of a non-compete, it’s reframing the thinking toward non-solicitation agreements and confidentiality agreements. It’s fine to leave the company, just don’t solicit the clients.” Carefully crafted clauses can help protect customer lists, specialized manufacturing or even a signature chicken-katsu recipe.

Andaya will conduct an online seminar – “Are Non-Compete Agreements Dead in Hawaii?” – live on April 27; the event will be replayed on May 5.

Andaya was formerly president and COO of L&L Franchise Inc., something he says he brings up with his clients. “I didn’t have a non-compete at L&L but I had such aloha for the company and what it represents that I wouldn’t have ever considered setting up my own (company) to compete with them. If you really take care of your people and give them a sense of belonging, number one, they might not leave to begin with, and two, even if they do, they are more likely to be open and honest with you.”