Kainoa McGee’s life always revolved around the ocean. In middle school, McGee was already making surfboards. He would buy a stock board, reshape it and seal the board with Sunday newspaper comics and wax. The board didn’t stay sealed, but it was enough to get on the water.

McGee – pro bodyboarder, pro surfer and now founder of KMBCo – is using his company to give disabled people the chance to enjoy ocean thrills, too. KMBCo’s versatility board is big enough for someone in a wheelchair or for a quadriplegic person to ride with a second paddler, so they “can experience it firsthand rather than watching from the beach,” McGee says. 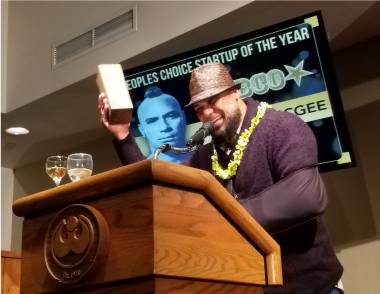 “We will do our best to make you proud and happy of what we’re doing,” McGee told the audience.

Twelve companies and individuals were presented with awards at the sold-out gala, which celebrated Hawaii’s most notable innovators and entrepreneurs of 2016. Thursday’s full house and awards prove that the startup community in Hawaii is thriving, said Meli James, HVCA’s president.

Kyle Chang won Student Entrepreneur of the Year award for HealthTechApps, which is developing a mobile application to help athletes receive proper care from doctors and nurses after a potential concussion. Users of the app can upload a video of themselves answering basic questions after a head injury and send that video to their healthcare provider, who can then make recommendations based on the answers. 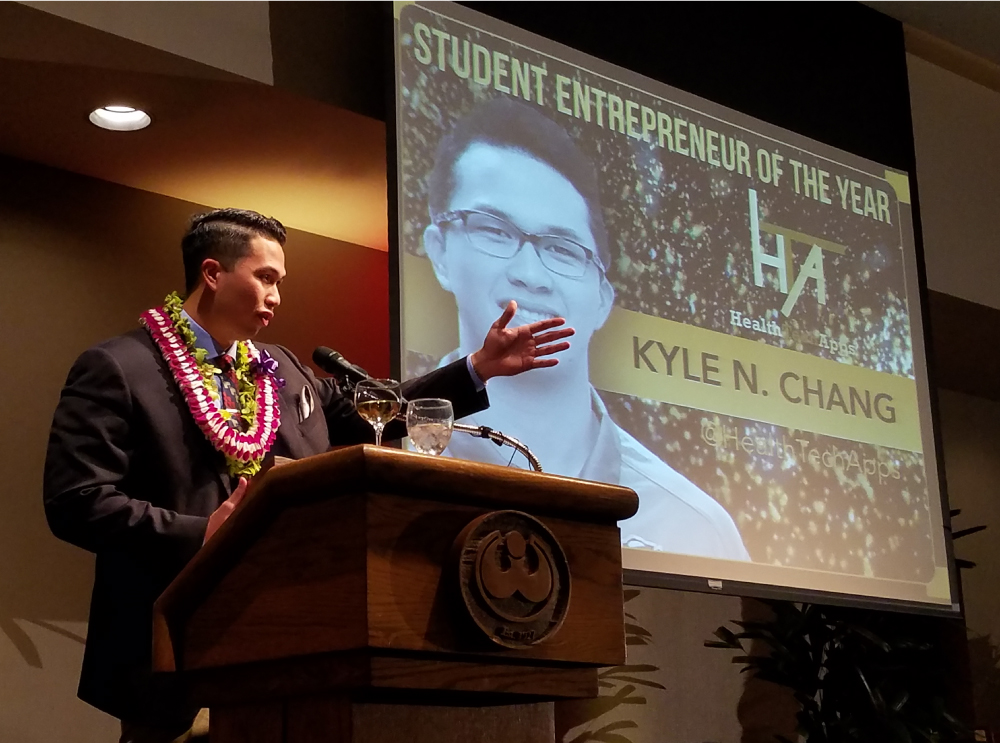 Dr. Jeffrey Yu was recognized as Life Science Entrepreneur of the Year for his work as CEO of Kineticor, which has developed motion correction technologies for MRI scanners. Before Kineticor, if a patient moved during MRI imaging, the result was often a useless blurry picture; with Kineticor’s technology, the scanner will still yield a clear picture. 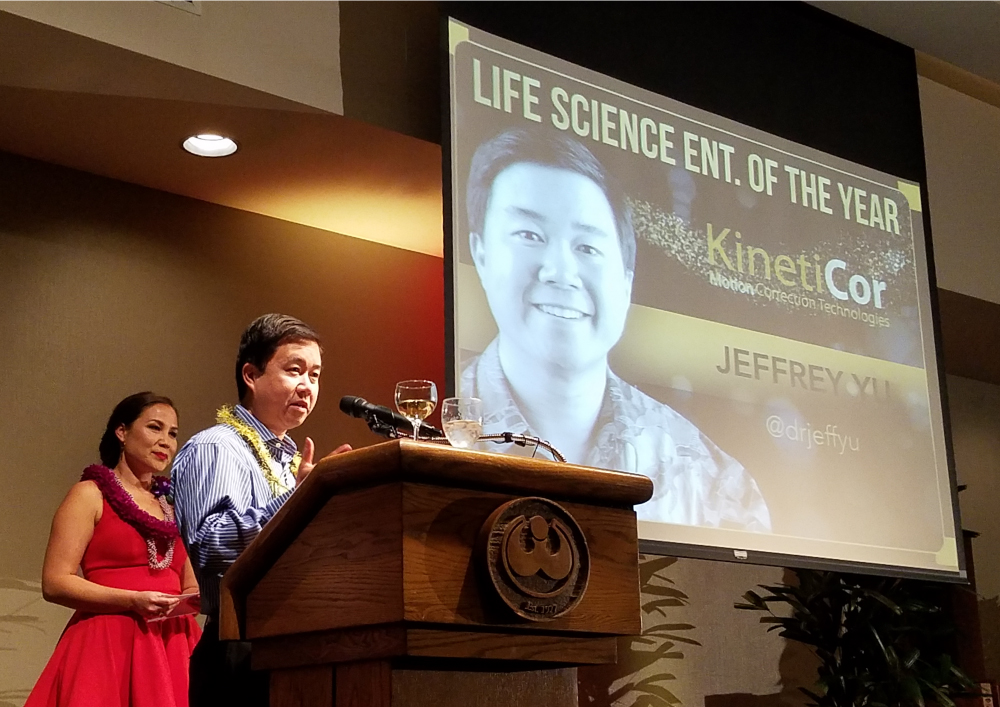 “Getting this to market is important because it will improve care around the world,” Yu said.

Beyond Kineticor’s technical challenges, Yu and the team had to overcome business hurdles. That’s where Hawaii’s venture capitalists came in.

“I think the venture capital community here is very important. You can have great ideas, but without capital you can’t take it to market,” Yu said.