Pisces: A Local Launch Pad into Space and Aerospace Careers

The Hawaiian Islands have been synonymous with exploration since Polynesians first crossed vast expanses of the Pacific Ocean to reach these shores.

That same spirit of exploration inspires the Pacific International Space Center for Exploration Systems, known as Pisces. Its goal is to position Hawai‘i as a leader in space exploration through education programs and by developing sustainable aerospace technologies.

“When we go to establish a settlement on the moon or Mars, we’re going to be like the first Polynesians,” says Rodrigo Romo, program director at Pisces. “Our spaceships are going to be our canoes and we can’t bring all our building materials with us so we’re going to have to learn how to create a self-sustainable community on the moon.”

Pisces operates under the state’s Department of Business, Economic Development and Tourism with the core objectives of “establishing Hawai‘i as a world-class center for research and development, education and training.”

Pisces programs include summer internships focused on materials science or robotics. Robotics interns work on developing and upgrading systems for a planetary rover named “Helelani,” which translates to “heavenly travels.”

The rover’s systems and hardware are upgraded yearly, “built on the progress achieved by previous interns,” says Romo. “These interns then go on to fairly successful careers. One of our interns was just hired by JPL to work on the Mars 2020 Rover.”

That former intern is Aaron Roth, a graduate of Waiākea High School in Hilo who now works for NASA’s Jet Propulsion Laboratory in California. Over the course of two internships with Pisces he developed a 3D imaging system for the Helelani rover. 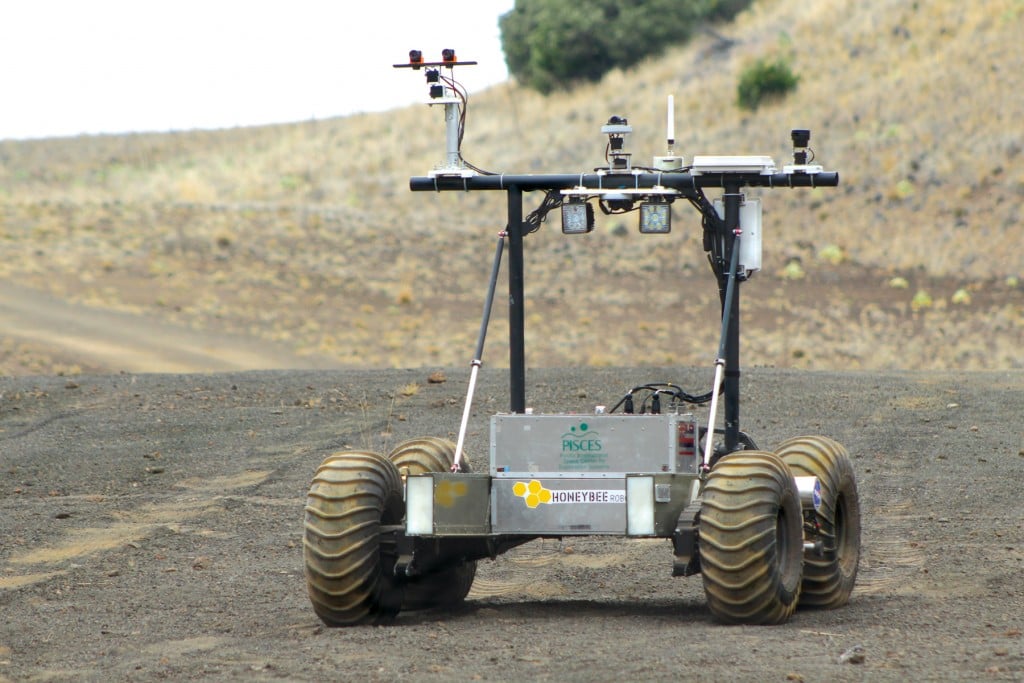 Other Pisces interns have earned scholarships from NASA, other STEM internships and jobs in the aerospace industry. “Our goal is to provide Hawai‘i students with opportunities to succeed in a highly demanding, highly competitive STEM-related industry,” says Romo.

Roth playfully describes his work on NASA’s Curiosity rover as a game of technological Twister in which his team coordinates its operations around the tangled constraints of temperature, compression and planetary logistics affecting the rover’s 12 cameras.

“Some shifts feel like one big game of Twister where you have to adjust the schedule to satisfy one of your constraints, but in a way that doesn’t get in the way of another instrument’s constraints,” says Roth. “When all the planning is settled, the commands get sent to the rover and images come back.”

Materials science interns help Pisces with applied research currently focused on basalt sintering, a kilning process that heats lava rock without liquefying to produce locally sourced construction materials for use at home and in space. Romo says Hawai‘i’s basalt is close to what’s been found on the moon and Mars. “Sinterability” studies conducted by Pisces will help determine locations for extracting basalt that’s most suitable for the sintering of stronger, more durable construction materials.

“If we’re going to be creating a permanent base on any other planet, we first have to develop landing pads,” Romo says. Knowing where to locate raw materials and how to make them adaptable to extreme conditions is one giant step toward creating sustainable human habitats in space.

“Basalt fiber is cheaper than carbon fiber, but a little more expensive than fiberglass. It’s not as strong as carbon fiber but it’s stronger than fiberglass,” explains Romo, adding that commercial vendors are interested. “People from NASA are impressed with the quality of our work and said it’s more advanced than anyone else’s.”

“They get to meet and talk to women scientists in various fields, from directors of telescopes to the chief volcanologist at Volcanoes National Park. They also get to spend a couple of nights where our astronomers live, visit the telescopes and our Mars habitat on Mauna Loa.” 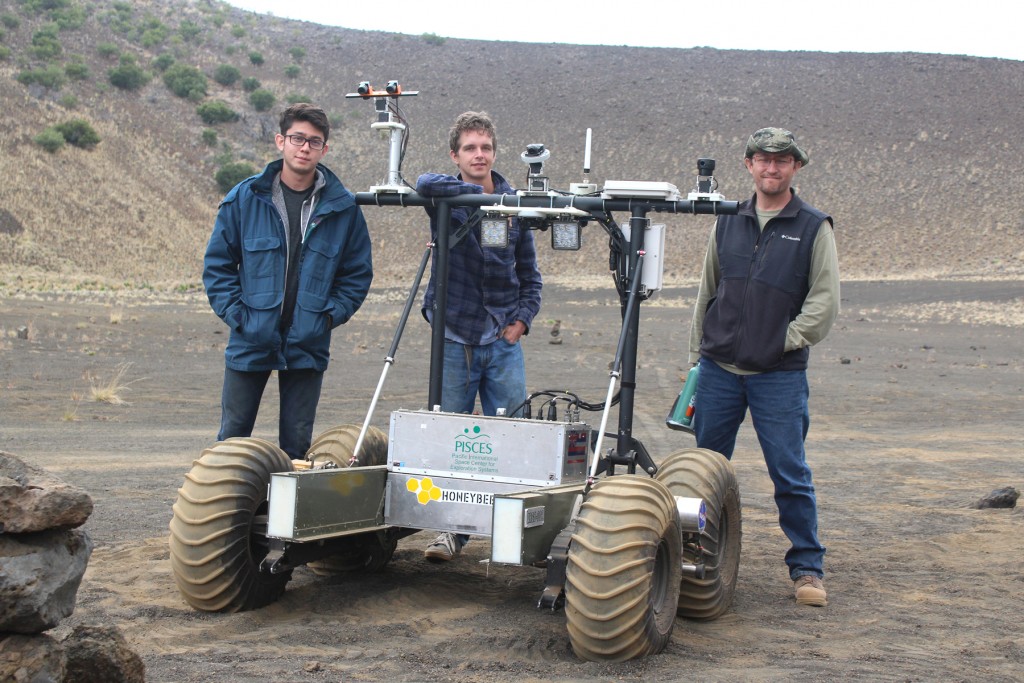 Space is a Growth Industry

The passage of a law in December creating a sixth branch of the U.S. armed services – the Space Force – plus the commercialization of space by companies like Space X open many potential opportunities for companies and careers.

Deloitte’s 2020 Global Aerospace and Defense Industry Outlook says, “2020 is likely to be a year of significant milestones for the global commercial space ecosystem – the sector may see steady investments in new and existing space technologies.”

Hawai‘i might be able to take advantage of some of those opportunities and investments. For instance, Romo says, the launching of ultra-small satellites creates minimal atmospheric and environmental disruption and requires less physical space than a tennis court. “Being so close to the equator puts Hawai‘i in a prime location to do equatorial launches,” because less fuel is required to launch objects into orbit, he says.

This article appears in the March 2020 issue of Hawaii Business Magazine.
Categories: Technology