(Below) State archivist Adam Jansen and volunteer Cheryl Isaacs-Kila examine records “so intrinsically valuable that if something were to happen, the loss to society could never be repaired,” Jansen says.

Directly in front of him is the land ownership ledger of The Great Mahele and the Hawaii flag carried aboard Apollo 17 mounted with a moon rock. He points to Princess Liliuokalani’s guest book from Queen Victoria’s Golden Jubilee in 1887. Continuing counterclockwise is the treaty of friendship, commerce and navigation signed by U.S. President Zachary Taylor and King Kamehameha III in 1850, and accompanying official seal. On Isaacs-Kila’s immediate left is the 1846 treaty of friendship and commerce with Great Britain and accompanying seal. And in front of and between Jansen and Isaacs-Kila is a letter from Abraham Lincoln to Kamehameha V expressing profound sorrow over the death of Kamehameha IV in 1863; it was penned during the height of the U.S. Civil War and signed “your majesty’s good friend, Abraham Lincoln.” The items are kept in a safe within the Archives’ vault and viewable to the public by appointment only. 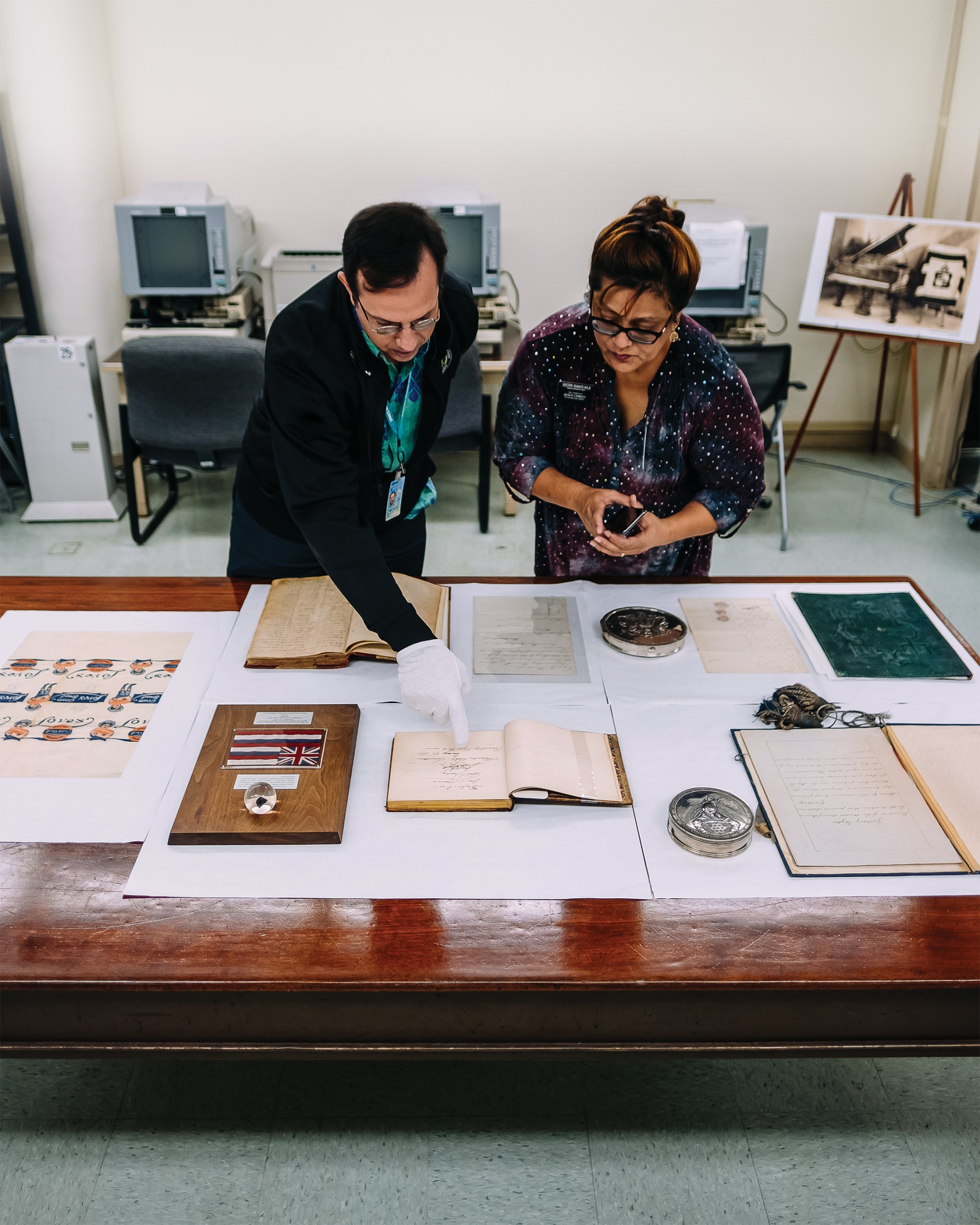