Palama Settlement has served low-income and immigrant families in Kalihi and Palama for more than a century, but the facilities have deteriorated over the years and some can no longer be used.

“We’re land rich but asset poor,” says Wendy Abe, the nonprofit’s CEO. “Anyone can tell immediately that our buildings are very, very old. Some are nearly 100 years old. We needed to find out how best to use the existing buildings and the land itself.”

But Palama Settlement also knew that developing a master plan for it’s 6.6-acre campus couldn’t fit into its $1.6 million annual operating budget. The nonprofit’s need made it a perfect candidate for Architects Hawaii’s pro bono work, called “1%,” as part of a nationwide program launched by a San Francisco-based nonprofit called Public Architecture. The project helps connect nonprofits with architecture and design firms willing to donate their time.

Each participating firm dedicates a minimum of 1 percent of its working hours to pro bono service. That amounts to 20 hours per employee per year. Then the firm picks a nonprofit that needs public support for a specific project. Architects Hawaii also requires that the nonprofit at least have a plan on how to fund the project so its pro bono contribution will have impact.

Architects Hawaii says it has completed nine projects so far, including two this year: developing the master plan for Palama Settlement and a smaller project for St. Andrew’s Schools. That latest project involved redesigning a 1,000-square-foot storage space into a new art room where classes and workshops can be held. Other design and construction consultants also donated their services or discounted their rates for both projects.

In the summer of 2013, the Institute for Human Services opened a new $500,000 Rooftop Training and Education Center at its Kaaahi service center, using a federal grant and private donations. The project includes a rooftop aquaponics garden that provides food for the nonprofit’s two shelters and gives the residents a chance to learn about urban farming. Architects Hawaii managed the project, which required building a new access route to the roof.

“We NEEDED TO FIND OUT HOW BEST TO USE THE EXISTING BUILDINGS AND THE LAND ITSELF.”
–Wendy Abe
CEO, Palama Settlement

The Honolulu-based architecture firm adopted the 1% program about 10 years ago when it was celebrating its 60th anniversary, says CEO Bettina Mehnert. Its first project was assisting the Salvation Army with its plans to renovate two buildings on its Manoa campus to create transitional housing for women and their families. The firm took two 55-year-old concrete, single-story structures and created six dorm-style living units with a kitchen and two large baths in each building. 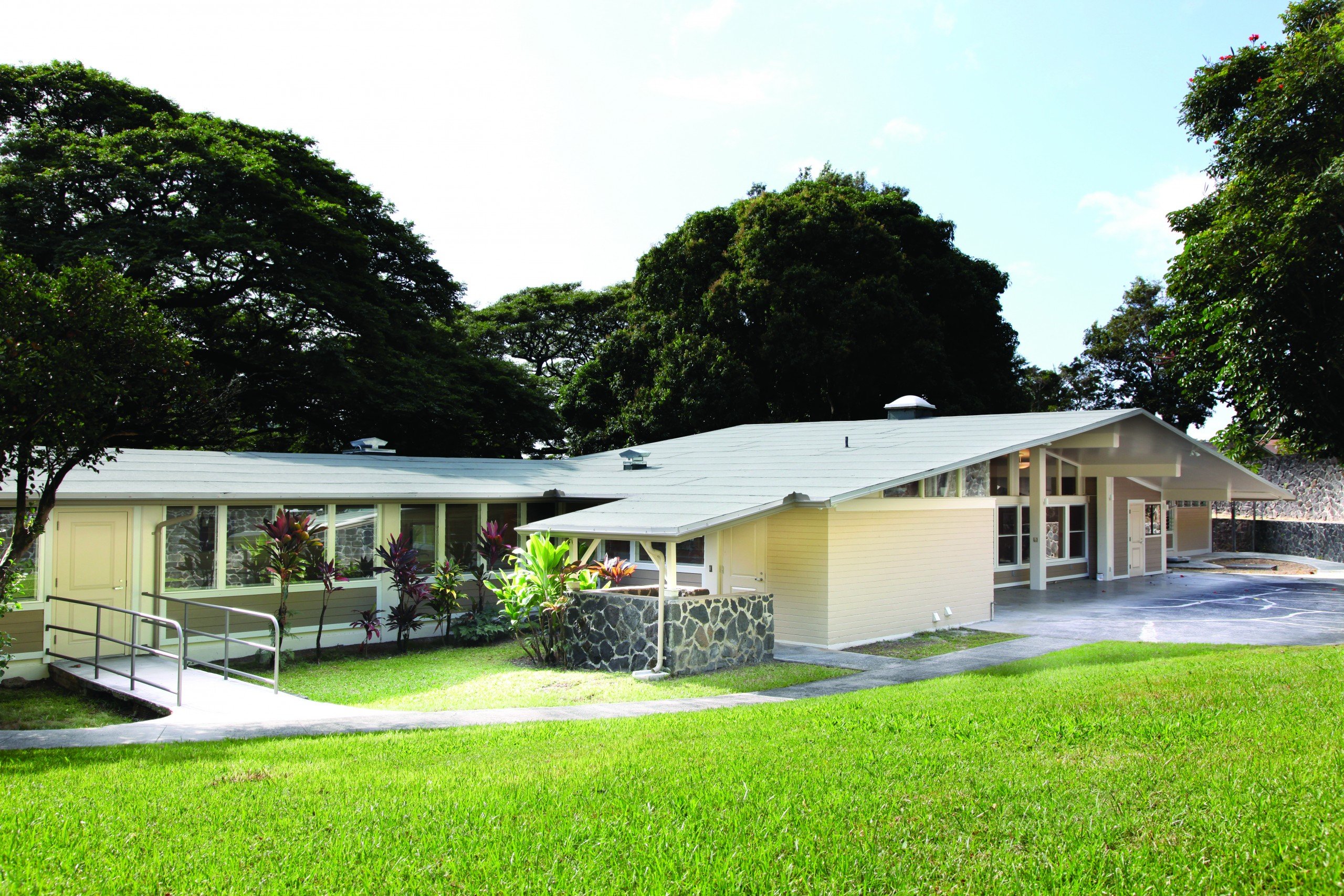 “This was for women who are on their way to join the workforce and get their feet back under them,” Mehnert says.

It turned out to be a very meaningful project for Mehnert. On one visit, she brought along her daughter, then just a toddler. When she explained to her what this project was about, her daughter went home and packed her toys to take them there.

“And that’s what we did,” Mehnert says. “That was pretty cool.”