The hue and cry went up on social media almost immediately after Oʻahu homeowners received their annual real property tax assessments from the City and County of Honolulu last month – with some home assessment shooting up 40%.

Susan Elliott’s family has lived in the same house in Kailua’s Enchanted Lake neighborhood for more than 50 years. This year, its assessed value went up by $395,000, or 33%.

Elliott says she and her two sisters didn’t appeal the assessment — the deadline to do that was Saturday. But in the past, her father would regularly challenge the city about the home’s value.

“His whole thing was the way property is assessed. He would ask them for the actual addresses” of the properties their home was being compared to, she says. “He was successful a couple of times.”

Last year’s unusually hot real estate market, fueled by the Covid-19 pandemic and scarce inventory of homes for sale, pushed the median price of single-family homes on Oʻahu over the $1 million threshold for the last four months of the year and the overall median up by 19.3% for the year, according to data from the Honolulu Board of Realtors.

It should have been no surprise, then, that higher tax assessments would follow.

The City and County of Honolulu bases its annual real property tax assessments on market data, or how much homes are selling for in a neighborhood. Because of that, some areas on Oʻahu that saw great price appreciation over the last year also saw double-digit jumps in their assessments for the first time.

That translates to higher property tax bills for the 2023 fiscal year, with the first payments due in August.

Economist Paul Brewbaker of TZ Economics says the city’s method of assessing properties is “designed to benefit from bracket creep.” 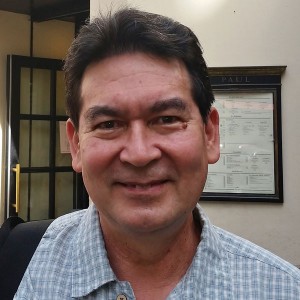 For income tax, that means if you earn more money, you can get pushed into a higher tax bracket. But for real estate, the tax rate generally remains the same no matter how valuable the home – $3.50 per $1,000 of assessed value for residential property that’s eligible for a homeowner exemption – while the assessment changes each year.

“In the property tax system, the only moving variable is the value of your house,” Brewbaker says.

Homeowners benefit from the higher value of their real estate when they sell, but longtime residents and those living on fixed incomes who want to keep living in their homes are hit with higher and higher tax bills each year.

Local landlords, off-island investors and second-home owners pay even higher taxes under the cityʻs residential A property class: Homes assessed at under $1 million are taxed at $4.50 per $1,000, while the rate for those over $1 million is $10.50.

Brewbaker says a fairer system would be to index real property taxes to an average value that takes into account changes in wages and inflation.

“What happens now is the city gets more money without raising taxes; they don’t have to change the tax rate,” he says. “Appreciation tends to benefit them disproportionately. That’s why people are screaming.”