The long-term goal of the Hawaiian Legacy Reforestation Initiative is to plant 1.3 million trees

“Forests aren’t like other commodities. You cannot accelerate the time it takes to grow a tree,” says Jeffrey Dunster, executive director of the Hawaiian Legacy Reforestation Initiative. “The Chinese understood this. A Chinese proverb says: ‘The best time to plant a tree was 20 years ago. The second best time is now.’”

HLRI, which has the ambitious goal of restoring Hawaii’s forests, has an unconventional history.

Dunster, 58, met his longtime business partner, Darrell Fox, while both were brokers at a Honolulu investment firm in the mid-1980s. “Darrell had always wanted to do a forest,” Dunster remembers. “It’s an economic commodity, plus you’re doing something good for the planet.”

When the two retired from the world of investments in 2008, they started a sustainable forestry company, Hawaiian Legacy Hardwoods. 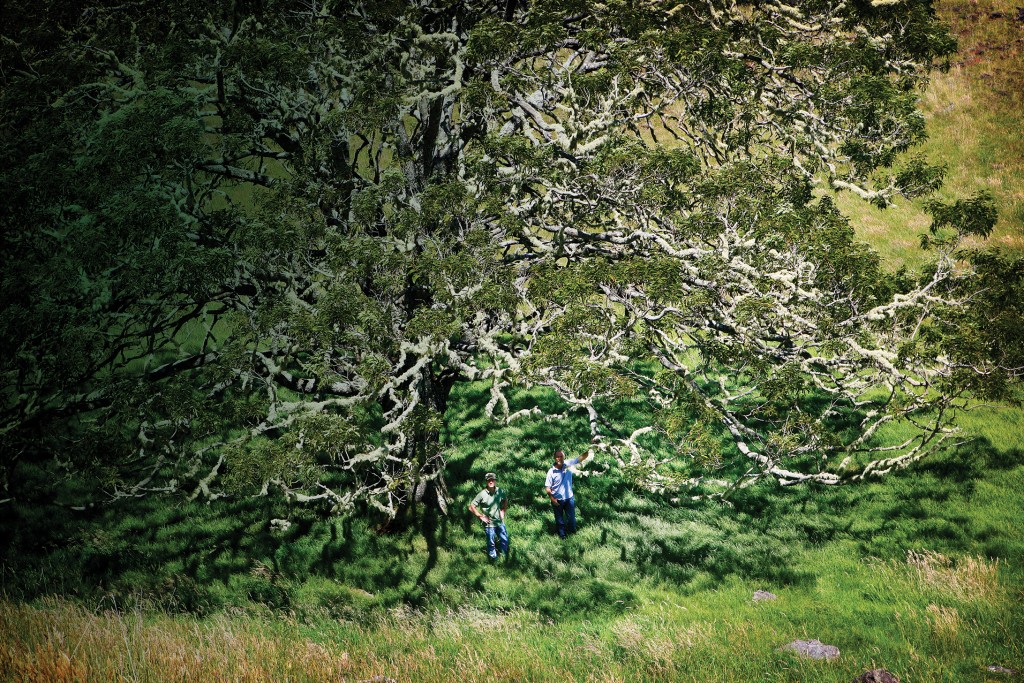 “When we first started looking for land after the recession, land prices were down,” recalls Dunster, a Nuuanu resident. “We found an older couple on the Big Island who were into conservation and who gave us a 60-year lease.

“But we also found there were large cattle ranches on the Big Island struggling to maintain their lands. We proposed to put part of their lands into permanent reforestation for free. In exchange for their commitment, we would maintain the forest. The owners could run eco-tours as a revenue stream.

“When the trees eventually die, we’d replant, we’d mill and sell the timber, and then split the proceeds with the landowner.”

All profits go back into the nonprofit HLRI, which was created in 2014 to formalize the partners’ conservation efforts. It has an annual budget of $600,000, with a full-time staff of three and one part-timer.

HLRI’s goal is to plant 1.3 million trees, about one for each person in Hawaii.

The two Legacy Forests on the north side of Hawaii Island are at Kukaiau Ranch, with more than 400,000 native trees, and Kahua Ranch, opened in 2017 to accommodate 250,000 trees.

“Businesses and individuals can sponsor trees with us,” Dunster explains. “One-third of all Legacy Tree sponsorships goes to the charity of the giver’s choice. Other nonprofits use the Legacy Tree program as a fundraiser for their own organizations.

“We actually plant over two dozen native or endemic species, but koa is the backbone of the forest. Koa grows nowhere else on earth. Besides King Koa, we offer Royal Sandalwood Legacy Trees as well.”

The success of the Legacy Tree program has spawned three related businesses: Ecotech Nursery Systems, which electronically “geotags” each tree in the forest; Hawaiian Legacy Tours, an eco-tour company that takes guests to visit the Legacy Forest and plant sponsored trees; and Legacy Carbon, which Dunster says is the only certified carbon credit in Hawaii.

What are his plans when he reaches the goal of planting one tree for everyone in Hawaii?