Three Ways to Drive Innovation at Your Business

The pace of business has accelerated in a world where the internet never sleeps, smartphones are omnipresent and both feed off the tap-tap immediacy of social media.

Plus, the speed at which technology develops threatens even rich and powerful companies with death by disruption – think of onetime goliaths like Kodak and Blockbuster. That’s why many businesses are encouraging in-house innovations that aim to flourish with “creative destruction” rather than die from it.

In Hawai‘i, several Top 250 businesses make innovation a strategic focus and a way to streamline operations, cut costs and provide better experiences and products for employees and customers. Here is a look inside three of those innovative local companies.

Honolulu-based solar company RevoluSun has made innovation the primary engine that powers its business strategy ever since its founding in 2009. “Innovation is in our company’s DNA and the entire organization understands that we have to look for improvement every day in the way we do business,” says Eric Carlson, co-founder and chief innovation officer.

When RevoluSun was founded, solar power was fairly new and most homeowners didn’t know much about it. “We knew in order to scale, we had to narrow that gap between us and the public, so we focused on an education platform as our messaging, which talked about solar in a way that was easy for the consumer to understand,” Carlson says.

Ultimately, the company staged solar open houses, which gave prospective customers an opportunity to see how solar equipment was installed and used on homes in their neighborhoods. The RevoluSun customers who owned the homes often proved to be the best salespeople for the company. 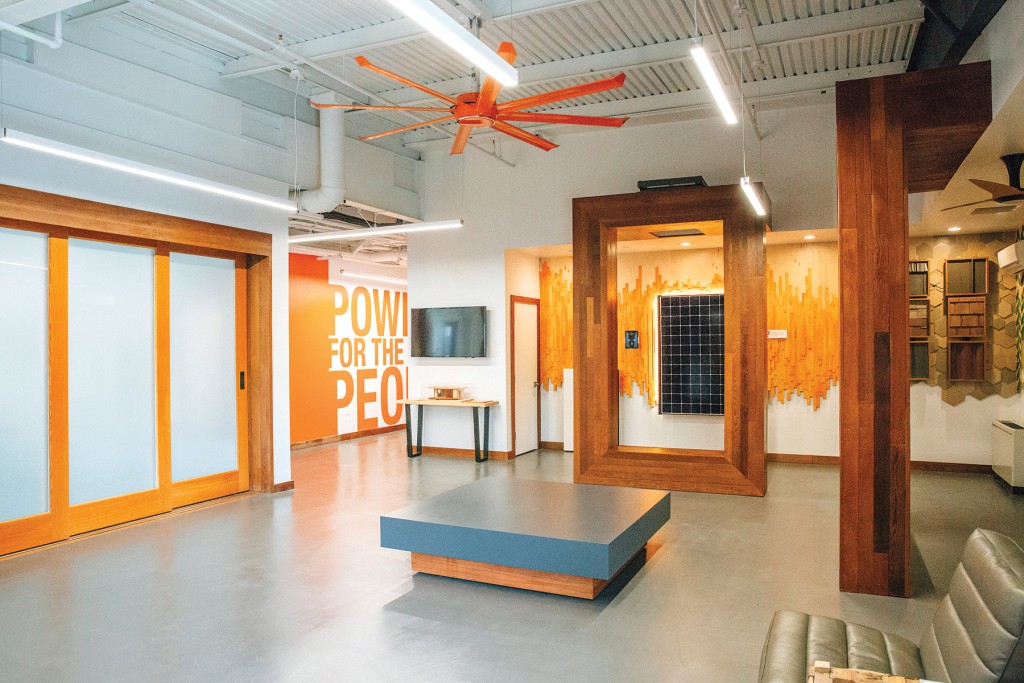 “It was a very simple concept, but very effective and it drove massive growth for our organization,” says Carlson. “We were the first solar company in the country to roll out solar open houses and it was adopted by our competitors very quickly.”

And RevoluSun kept innovating: It opened a revamped Innovation Center showroom in Salt in Kaka‘ako that drove further sales.

HMSA, which provides health insurance to more than half of Hawai‘i’s population, considers innovation a necessity. “In the health care industry, change is constant and happening at an unprecedented pace,” says Michael Stollar, HMSA president and CEO. “The driving force and inspiration behind our innovation is our members.”

In 2009, the company launched HMSA’s Online Care, the first health plan in the nation to offer a complete platform that meets federal regulations and allows patients to get care from doctors online, 24 hours a day, seven days a week. HMSA also reinvented how it pays primary care providers – based on overall care, not the traditional model of pay for procedures. HMSA says early evidence shows that transformation is improving patient satisfaction and providing better care while holding the line on overall costs. This accomplishment was recently recognized in the prestigious Journal of the American Medical Association.

The ability to successfully create innovations for customers often depends on a company’s ability to innovate internally first. That can mean transforming corporate culture, work environments, operations and business tools. It can also mean building collaborative work spaces and providing employees with tools that encourage design thinking and collaboration – the free-flowing currents of innovation.

American Savings Bank has made innovation a focus for years – for itself and the community. “Innovation is key to a brighter and more sustainable future for our island state,” says Rich Wacker, ASB’s president and CEO.

“We also encourage ‘brain breaks’ and thinking outside the box with a fitness center, arcade, outdoor games and relaxation rooms,” says Wacker. 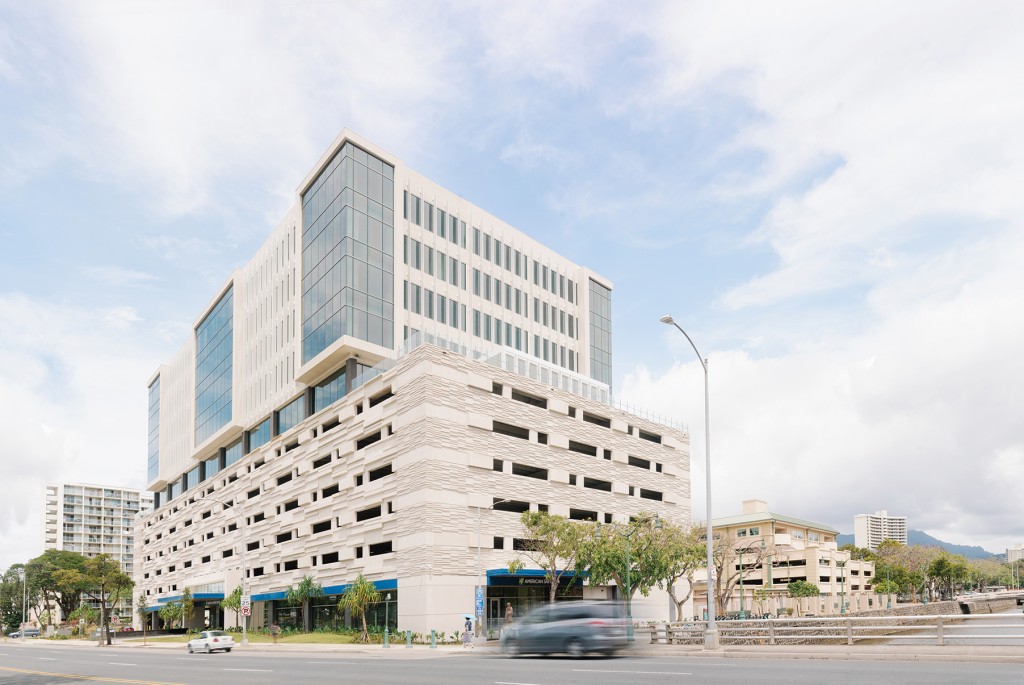 ASB also trains its employees in design thinking. “We empower our teammates to speak up and contribute, since we believe that diverse opinions lead to better decision-making,” says Wacker.

But he says innovation isn’t limited to the Innovation Office. “It’s happening at every level and in every department of our organization.” Several years ago, the company set its sights on becoming an agile organization and began adopting agile development approaches in its IT and operations departments. In 2012, one of HMSA’s first agile teams took first-place in a hackathon organized by Startup Weekend Honolulu.

Carlson says RevoluSun has always worked on innovating its operations, first by developing proprietary software that met the startup’s unique business needs. “That software was key to the growth of our business. It eliminated bottlenecks for our salespeople by allowing them to design, price and create a proposal while delivering a more professional experience to potential clients,” he says. “This software became one of the leading solar software platforms in the country.”

3. Innovate in the community

These three companies also support innovation and entrepreneurship in the community, which helps generate innovative thinking in the companies.

Among the community programs HMSA supports are the Hawaii Homeless Healthcare Hui and the Chinatown Joint Outreach Center, a new model for addressing chronic homelessness. The private-public partnership includes the City and County of Honolulu, The Queen’s Medical Center and Island Hospice. The program supports Hawai‘i’s homeless population and aims to relieve hospitals of the challenges and costs of caring for the homeless in their emergency rooms.

HMSA is also driving change with its Blue Zones Project, which aims to make it easier for Hawai‘i’s residents to make healthy choices.

ASB’s goals as a community bank include helping Hawai‘i diversify its economy, so its community work extends to supporting accelerator programs such as XLR8HI, Elemental Excelerator and Blue Startups, as well as developing the next generation of entrepreneurs. The bank has supported business plan competitions at UH and Chaminade, and created its own business plan competition for kids, the Bank for Education KeikiCo Contest.

“We feel it’s never too early to start thinking as an entrepreneur,” says Wacker. “With this competition, we hope to help more of Hawai‘i’s youth learn financial literacy and valuable life skills. We also hope that more youth will be inspired to become innovators, which ultimately helps us build a stronger, healthier economy.”

The bank is now working to help students turn their most promising business ideas into reality.

“We’re really just getting started,” says Wacker. “We’re in it for the long haul.”

The Pace of Creative Destruction is Accelerating

The risk of falling victim to “creative destruction” is projected to keep growing, according to Innosight’s 2018 Corporate Longevity Forecast, which examines the turnover rate of S&P 500 companies. In 1964, the average tenure of companies on the S&P 500 was 33 years. In 2016, it was 24, and by 2027, it is forecast to shrink to just 12.

1. Identify Specific Problems
The most successful intrapreneurs start by pinpointing the exact problem(s) they want to solve, whether it involves customer experiences or operating inefficiencies or whatever. Avoid vagueness or trivializing a problem as too small because a small problem can grow large.

2. Create a Fail Fast Environment
The best leaders know that every misstep has a lesson, so they encourage learning along the way. “First, don’t be afraid to start. Don’t be afraid to make mistakes along the way, but be sure to extract all the learning you can from those failures. Remember that innovation is actually an iterative process,” says Rich Wacker, president and CEO of ASB.

3. Carve Out Time For New Ideas
Encourage your leadership team and your employees to make time for exploring new ideas. Treat your company like a startup: Do the ground-work (market research, customer discovery, etc.) to show an idea has legs, and present it as you would to a potential investor. That is, what is the ROI? Sure, it can be difficult to block time away from your regular responsibilities, but if you don’t think ahead, you don’t move ahead.

Each month, the team at Sultan Ventures and XLR8HI explores Hawai‘i’s growing innovation community, including Island startups, entrepreneurs, founders and the tech sector.

This article appears in the August 2019 issue of Hawaii Business Magazine.
Categories: Innovation