A Pueo and his Keeper

The Hawaiian short-eared owl was rescued on Kaua‘i in 2016, blinded in one eye and too young to know how to hunt on his own. His doting animal keepers now care for him, though he likes Nishikawa best.

“If the zoo didn’t exist, he may have been euthanized,” says Bird Curator Kelly Reno, who has worked with tigers, elephants and Komodo dragons, but got hooked on birds after hand-rearing some chicks.

She sees zoos as bridges between everyday life and the wild world. “You don’t have to leave the island to see different habitats. … The zoo gives people a chance to care about animals and their environments,” she explains. Many of the species are under threat, including the pueo, which is endangered on O‘ahu. 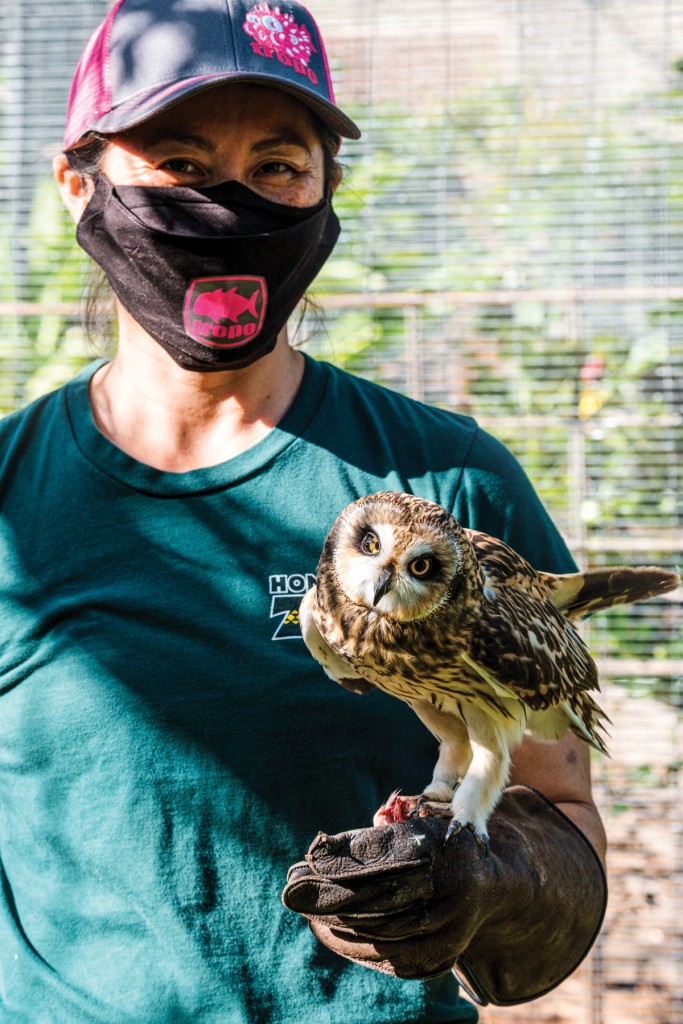