Head Aquarist Nadine Nagata weighs a seven-month-old Hawaiian green sea turtle, part of a routine analysis of the animal’s development. Maui Ocean Center’s turtles come from Sea Life Park Hawaii where they are bred by a colony of turtles that produces 200 to 800 hatchlings per year, says Evan Pascual, marketing and PR coordinator for MOC.

The turtles are released into the wild eventually, but MOC raises them to provide an educational experience for visitors. “To date, we’ve raised and released 78 Hawaiian green sea turtles,” Pascual says. MOC exhibits only marine life found in Hawaiian waters and was recently named one of the top 10 aquariums in the world by TripAdvisor. 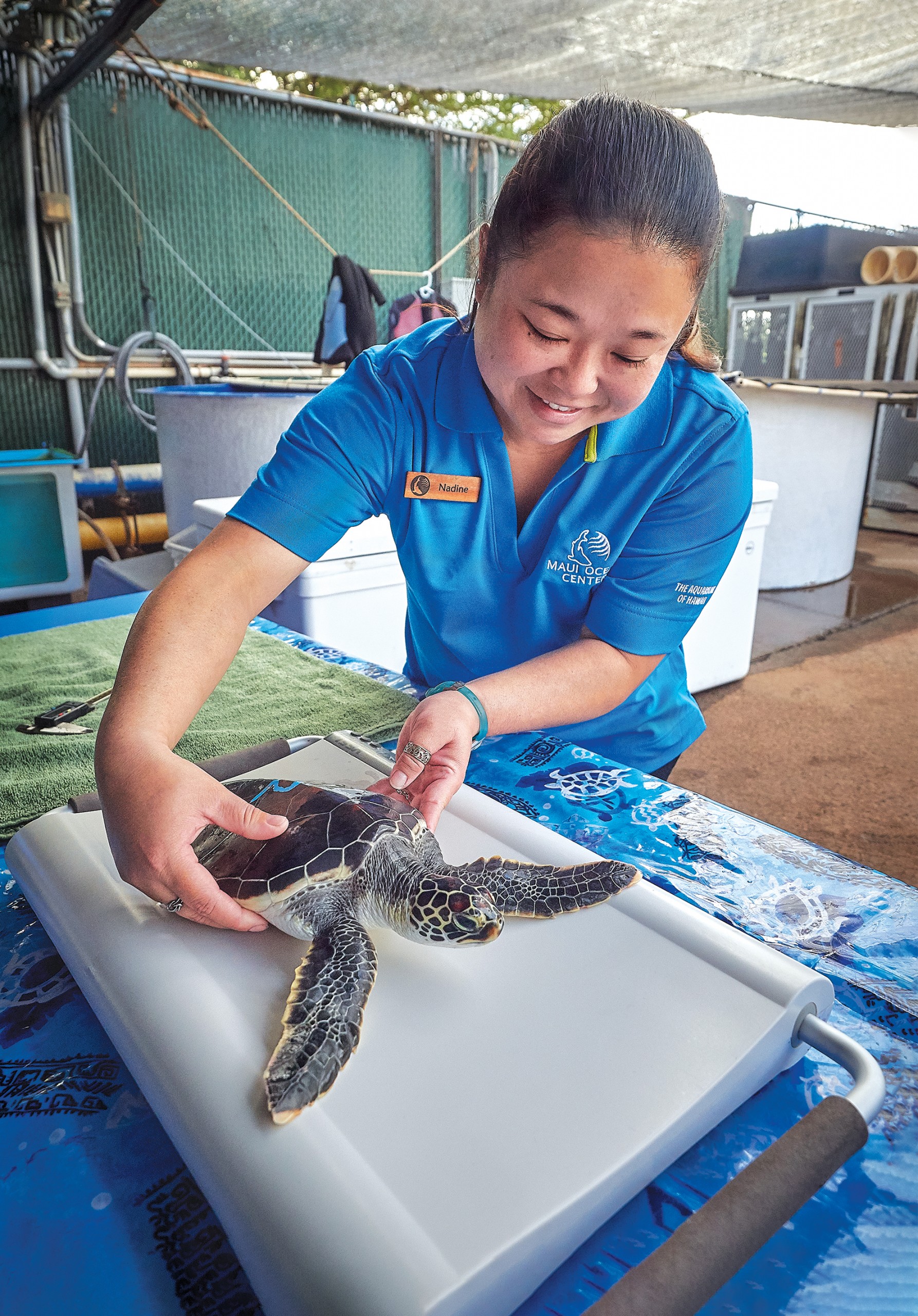