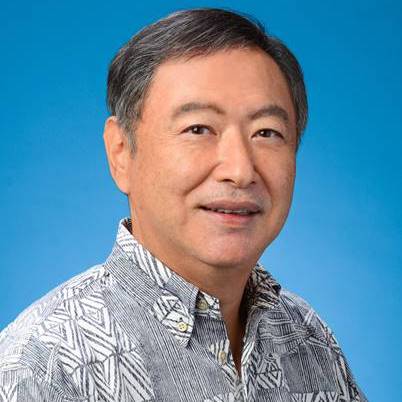 Veteran hospitality executive Shigeki Yamane was vice president of planning at PRH for the past eight years and worked with former presidents Donn J. Takahashi and Kisan Jo. As vice president, he was highly instrumental in the multi-million dollar renovations of Prince Waikiki and The Westin Hapuna Beach Resort. Working hand in hand with Jo, PRH has seen its most profitable years.

A graduate of the prestigious Waseda University, majoring in law, Yamane also completed the Tokyo Hotel Management School program. In addition to his various management positions with Prince Hotels in Japan, including at the renown The Prince Park Tower Tokyo and Grand Prince Hotel Takanawa, he held hotel management positions in Canada and Singapore. Most notably he led an elite delegation in charge of VVIP receptions at a Tokyo State Guesthouse hosting foreign government dignitaries for three years and was invited to act as an adviser for Tokyo 2020 Olympics Bid Committee in 2013.

Yamane has an unflinching and educated dedication to hospitality, learned throughout his career in three very different locales. His decision-making, he says, will be based on the fundamentals of hospitality.

The success of PRH over the last few years is a result that Yamane attributes to staff. “It’s about our talented people. And we’re going to continue to invest in leadership and training and providing a benefit package that makes sense to people today,” he says.

PRH was the only hotel chain in Hawaii that continued its medical and dental benefits for its 1,600 employees during the hotels’ pandemic closures and continues that today for banquet and meeting staff whose positions are still not fully recovered. Planned wage increases were also honored despite prolonged pandemic recovery.