The total of cash and in-kind donations reported on this year's list set a record for the second year in a row.

Hawaii Business Magazine’s annual list of Hawai‘i’s Most Charitable Companies is not a comprehensive survey of corporate giving in the Islands. But we feel it is important to recognize and celebrate corporate giving, and the numbers we have collected suggest that overall corporate giving is increasing.

The 76 organizations on this year’s list reported to us that they gave a total of $161.9 million in cash and in-kind donations to charitable causes during 2018. That’s a 12% increase from last year’s record total and 38% higher than the previous record total in 2016. 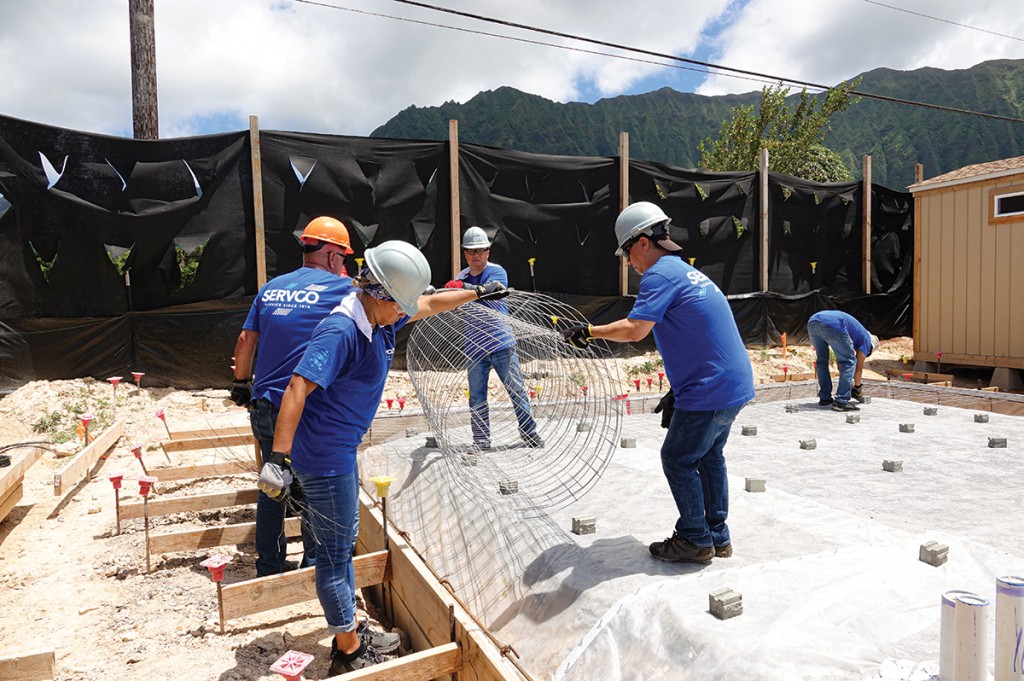 You can see the data is far from a complete picture of all corporate giving, but the snapshot trend we provide is encouraging.

Data for the Most Charitable Companies list was compiled via surveys by Hawaii Business Magazine. All data was self-reported, and we asked each organization to characterize itself as for-profit or  nonprofit.

To provide more of an apples-to-apples comparison of charitable giving among organizations, we divided the list into two sections: One for nonprofits and the other covers for-profit companies.

An important statistic in this list is donations as a percentage of gross annual sales, which makes it easier to compare the giving of big and small companies. The median percentage of giving by for-profit and not-for-profit companies was 0.098% of gross sales. The percentage among charitable nonprofits was 16%.

New program: Prince Resorts Hawaii kicked off 2019 by introducing an employee community service program called Make a Difference. It gives every full- and part-time employee one paid day per year to provide a service that supports the local community, says Rona Young, executive assistant to the company’s president. She says the program has garnered a lot of interest among employees.

80th Anniversary: HMSA celebrated its 80th anniversary in 2018 with a series of events and raised more than $1.8 million for charitable causes – 6.5 times as much as it raised in 2017. Each of the health care organization’s 1,867 employees was given $80 to donate to the organization of their choice. Alana Folen, a public relations specialist at HMSA, says 239 charities benefited from the initiative.

She also says 385 HMSA employees, supported by family members, participated in a company-sponsored day of service at community projects across the Hawaiian Islands, ranging from preparing baskets at a food bank to removing invasive algae from Maunalua Bay. HMSA itself donated $40,000 to the organizations. 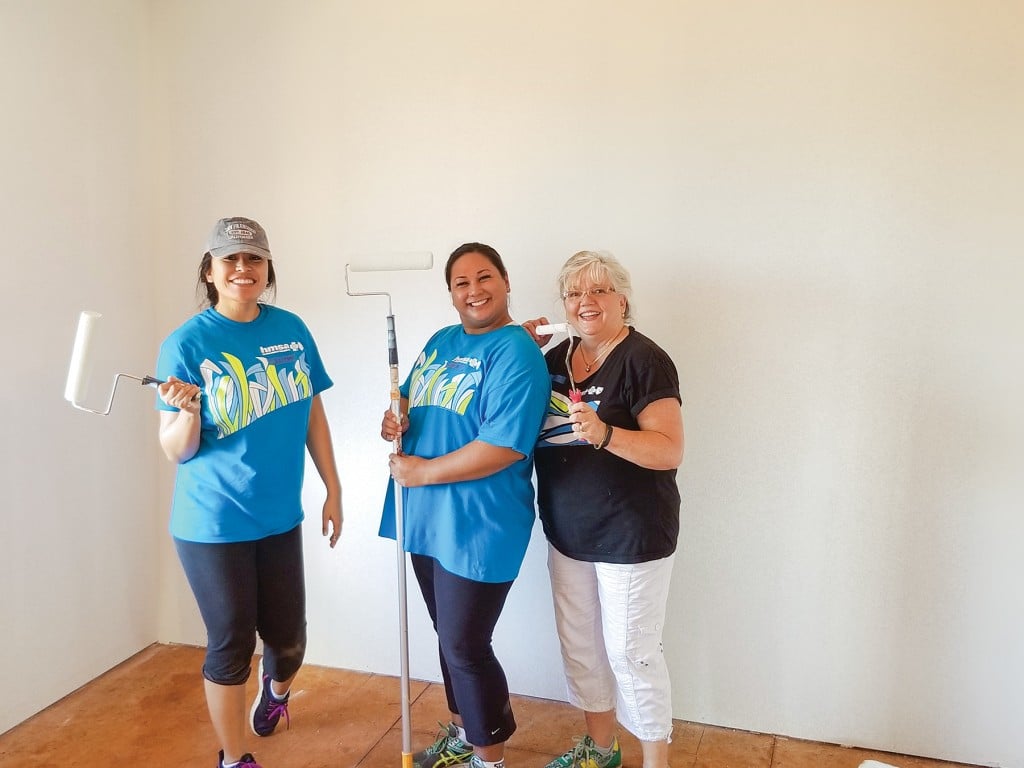 From left, HMSA employees Julienne Cruz, Carolyn McDermott, and Lili Bryan-Conant are all smiles as they help build a home with Kaua‘i Habitat for Humanity. | Photo courtesy of HMSA

Centennial Celebration: Servco this year launched its #CentennialServiceCampaign to commemorate 100 years in business and to honor its “DNA of service.” Servco says the campaign donated over $1.5 million in grants and in-kind donations to community groups. That included a $200,000 donation to the state Department of Education to buy appliances for its laundry program, which provides clean clothes to students whose families don’t have access to laundry facilities.

In addition, $20,000 each was donated to 19 Hawai‘i charities, community service was performed in the He‘eia wetlands for the Kāko‘o ‘Ōiwi nonprofit and, most recently, instruments and musical instruction courses were donated that the company says will benefit over 8,500 students.

Focused Giving: Honolulu-based Ulupono Initiative is an investment firm that focuses on four areas: locally produced food; clean, renewable energy; and better management of water and waste. Amy Hennessey, senior VP of communications and community, says Ulupono connects with “organizations who are working on projects in our mission area. We work with them to better understand their project, their needs, how they operate and what their plans are.” Ulupono’s fund gave over $1.5 million in grants last year.

Does your company belong on this list? If you want to be on next year’s list of Hawai‘i’s Most Charitable Companies, visit hawaiibusiness.com/lists-awards to register for our survey.

We think it is valuable to celebrate corporate giving in the Islands and encourage others to give. Those charitable donations are essential to our local communities.