Condo sales were sluggish in 2018, 2019 and 2020. When buyers sought more living space starting in the summer of 2020, they preferred single-family homes.

January and February of this year were also hot sales months for condos. The number of single-family homes sold has inched up just 2.9% in the first two months of the year compared with the same two months last year. But condo sales increased 24% in the same period and the median price for those two months, at $500,000, is 9.9% higher.

“It’s not an abnormal cycle,” says Myra Brandt, broker and partner with Corcoran Pacific Properties. “That’s just the nature of our market.” When there are fewer single-family homes for sale, the condo market heats up, she explains.

The busiest areas for condo sales this year are Ala Moana-Kaka‘ako, where sales nearly doubled in January and February compared to last year; Makiki-Mō‘ili‘ili, up 39%; Mililani, up 31%; Moanalua-Salt Lake, up 25%; and Waikīkī, the largest condo market on Oʻahu, with a 66% increase.

Doug Shanefield, a Realtor-associate with Coldwell Banker Realty’s Honolulu office, cautions that those numbers reflect a short period of time, “but if you look long term, it’s more stable.” 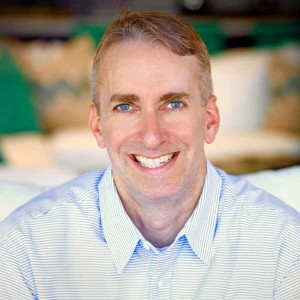 A lot of new condos that appeal to a wide range of buyers are coming on the market, says Shanefield, who is part of the Coldwell Banker sales team for The Park on Keʻeaumoku, a 972-unit mixed-use project that Nan Inc. is developing on Ke‘eaumoku Street, a block makai of King Street in an area dubbed Midtown Ala Moana.

Buyers are also increasingly conscious of a condo’s age, he says, noting that many of Honolulu’s condo buildings are 40, 50 or 60 years old and require assessments and fee increases to cover costly maintenance and repairs, including the installation of fire sprinklers.

“People are looking at newer buildings and are willing to pay a little bit more for a new building where they have the sprinklers, as well as newer facilities and newer materials, so that they don’t expect maintenance fees to be quite as high, or at least to be controllable, in the next decade or so,” he says.