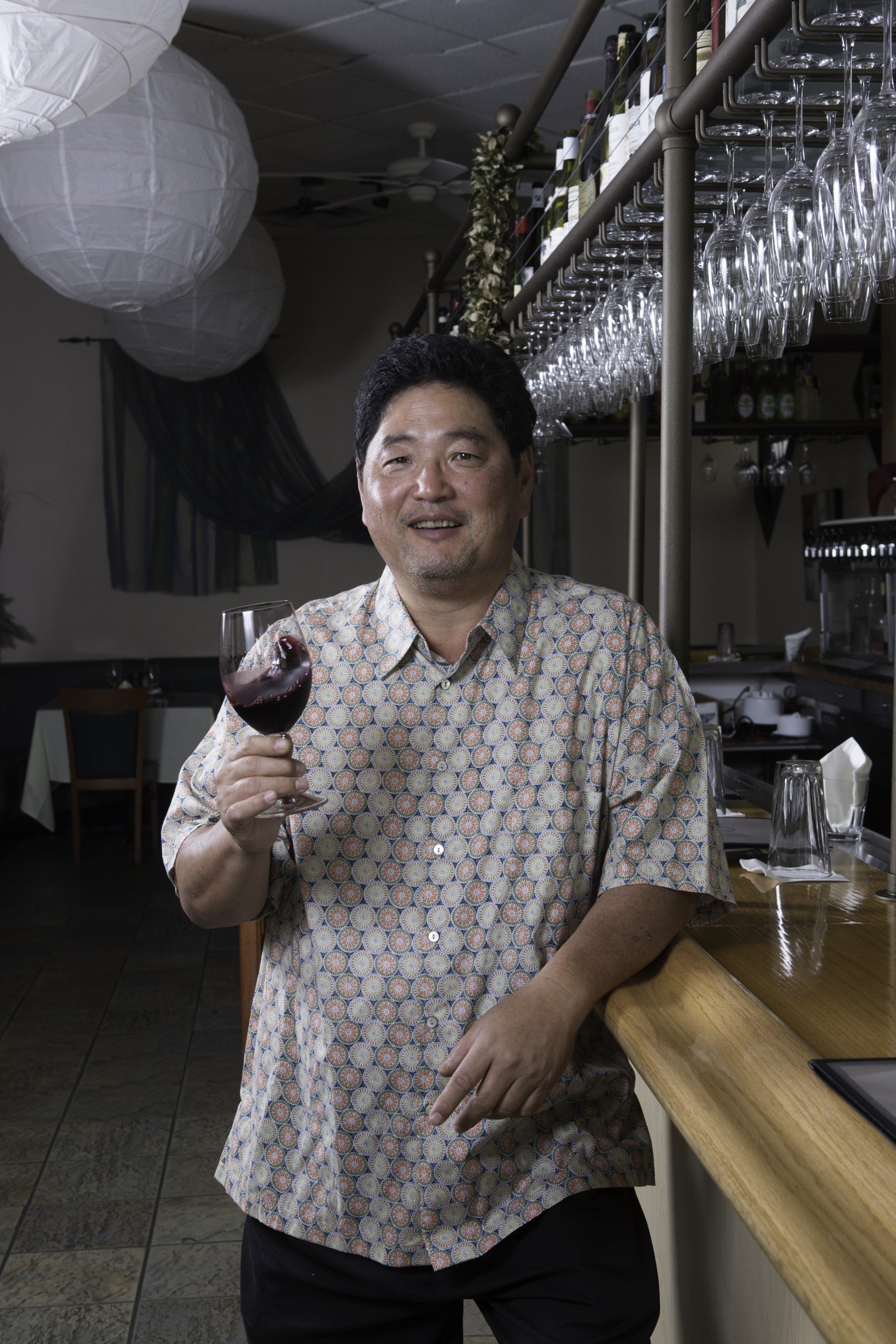 Start:
Furuya started drinking wine while working at Bobby McGee’s restaurant in Waikiki. “I found it so fascinating,” he says. “You have to consider the growing season and how that affects the outcome of the wine, all the different countries doing it, the different soil types and weather patterns, the different cultures and families.”

Becoming a sommelier:
Friend and fellow master sommelier Nunzio Alioto of Alioto’s Restaurant in San Francisco suggested they both take the exam offered by the prestigious Court of Master Sommeliers. Only 219 people have passed since its inception 40 years ago and Furuya was the 10th in the U.S.
“It’s like winning the Olympic gold,” he says. “So much changes in your life. You become instantly credible.”

Challenges:
Furuya helps run eight restaurants with restaurateur D.K. Kodama and says his biggest and most enjoyable challenge is managing people. “When you’re supporting local, it’s not just about greens and cattle and fish. We’re also talking about human resources. We depend on tourism, and we need to educate local workers so they can get the best jobs.”

Discoveries:
“I like to find regions and wineries that the wine media hasn’t found yet and where real estate (and its wine) isn’t too expensive. Some areas I’m checking out now are Lodi, Oakley and the Sierra foothills (all in California). The area isn’t as fashionable as Napa Valley, so the land is cheap. You’ll find families who have been farming for three or four generations. You want to find them just as they’re hitting their stride, maybe when a new generation takes over or after they’ve hired a consultant.”

Rewards:
“When the winemakers, chefs and the whole team are hitting their stride, wow, that’s cool. And when I’m talking to customers and I see the light bulb, when I’ve shown them something interesting and unique and they get it, I totally get off on that.”
This interview has been edited for conciseness and clarity.