Start:
While Pere attended Florida State University, she trained two to three hours a day, six days a week, as a competitive swimmer. She also rode Jet Skis and water skied. “I was really physically strong and I could handle myself in a lot of different situations,” she says.
When she moved to Hawaii in 2000, she got a small part in “Baywatch Hawaii.” When the stunt coordinator needed a stuntwoman, he asked: “ ‘Would you like to beach a Jet Ski, crash it and tumble off?’ And I was, like, ‘Sure! That sounds like fun!’ ”

Keeping busy:
On “Baywatch Hawaii,” Pere was mentored by stunt masters Greg Barnett and Brian Keaulana and landed more gigs, including work on movies and TV shows such as “50 First Dates,” “Lost,” “Soul Surfer” and now “Hawaii Five-0.”
“The work isn’t as consistent as it would be if you’re living in LA,” she says, “but it’s been pretty consistent for me. I’ve worked on just about every show that’s come to town.”

Hardest stunts:
Once, sand bags tied to her ankles dragged her to the ocean bottom off Mokuleia as she played a drowning victim on “Lost.” Another exciting sequence was shot for the TV show, “North Shore.”
“It was a night shoot in Waimea Valley,” she says. “I was wearing a harness and had to fall off a cliff and hang there. There was a huge spotlight shining up in the darkness and I couldn’t see anything.” 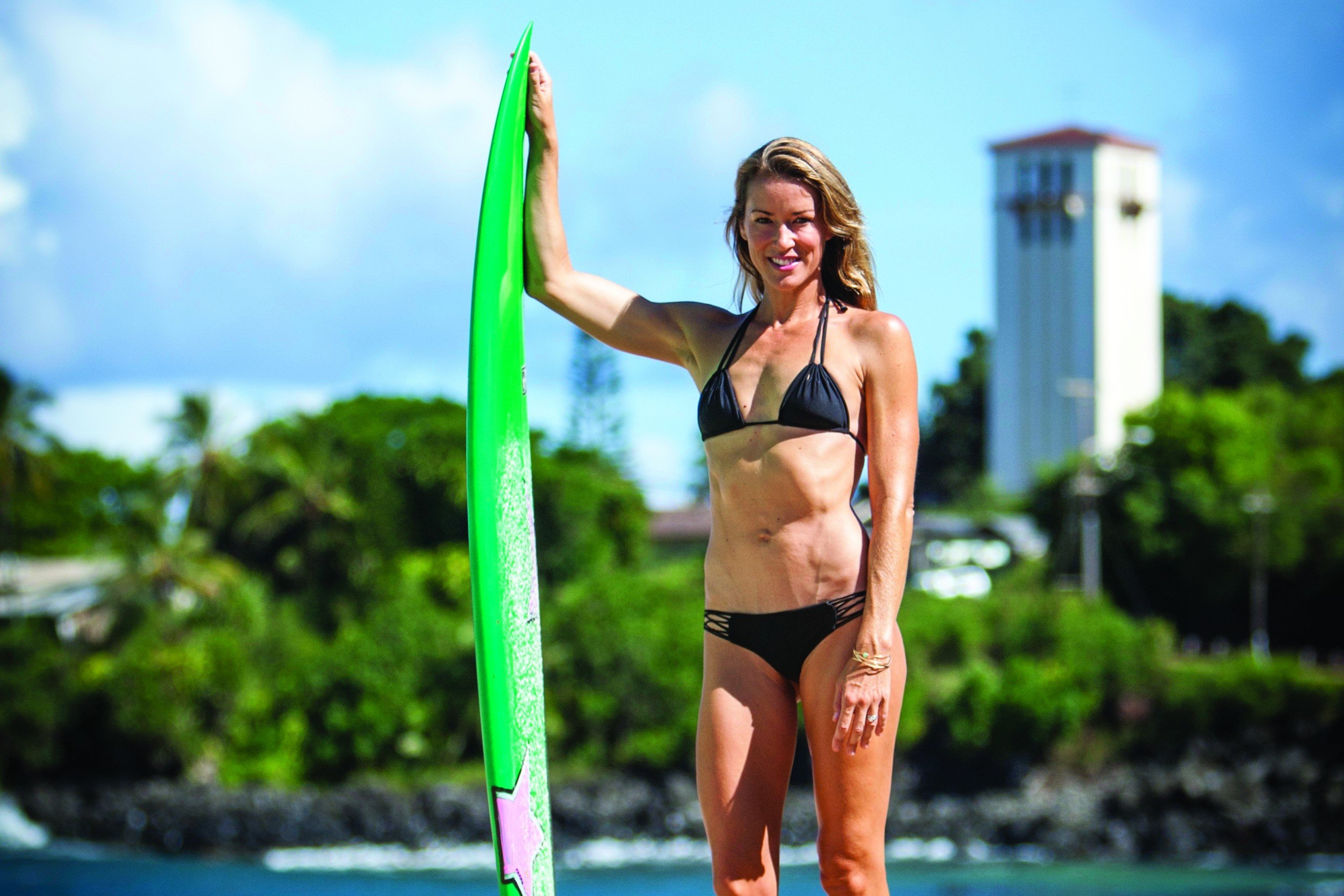 Challenges:
The toughest part is not knowing when your next job is going to be. You want to be 100 percent prepared, so you’re constantly working on the things you’re good at and even learning new skills.” To keep up her skills, Pere surfs, swims, rides dirt bikes and horses, and studies martial arts.
For the mother of two, unpredictability is also a challenge. “You could be on the set for five hours or 14 hours. You just don’t know what the day is going to hold.”

Injuries:
Pere says bruises and scratches are typical, but she’s never sustained a major injury during a stunt. However, “I did this crazy stunt where I had to run off these mossy, wet rocks and high dive off a cliff into the water. Everything went great, I nailed it, I was so stoked. Then I went back to base camp and I fell down the trailer steps. I landed on my back on the steps, then on the ground. That hurt really bad.”

Pay:
The union rate is about $900 for an eight-hour day, with increases in hourly increments after that. There are also pay adjustments according to the difficulty of the stunt and residual payments for reruns.

Rewards:
“When you can nail it and you know you nailed it, that’s the best.”