As on Maui, mainland buyers of local homes had a bigger impact on both islands than they did on O‘ahu. Meanwhile, the number of transactions is declining statewide and prices continue to rise.

A trio of vacant oceanfront lots, near where the Kona Village Resort is being renovated on Hawaiʻi Island, sold last week to a California buyer for just under $34 million. On Kaua‘i, a North Shore estate sold at auction in the first quarter for more than $36 million, and the unnamed buyer may be from the West Coast as well.

Kaua‘i and Hawai‘i Island have some of the priciest real estate in Hawaiʻi, and those properties tend to attract wealthy buyers from the West Coast, an allure reflected in buyer statistics for 2021 compiled by Title Guaranty Hawaii.

While differences in median prices are stark – $515,000 for a single-family home on Hawaiʻi Island and $1.2 million on Kaua‘i – the real estate markets for the two islands have more in common with each other than with Oʻahu.

On O‘ahu, 76% of home sales last year were to local buyers, who also are more likely to be owner-occupants. But on Kaua‘i and Hawai‘i Island, local buyers accounted for only about 60% of all homes and condominiums sold.

Sales and inventory of homes for sale on Kaua‘i and Hawai‘i Island tend not to be as impacted by life events such as marriage, divorce or death, since a large percentage of those properties are second, third or fourth homes. 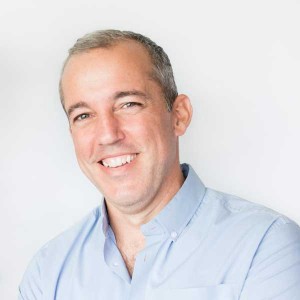 “So much of real estate on the Neighbor Islands is discretionary,” says Matt Beall, CEO, owner and principal broker of Hawaiʻi Life. “The same life events can happen, but it’s less impactful” on overall sales since they don’t affect a primary residence as often as elsewhere.

California homebuyers accounted for nearly a third of the total sales volume on each of the two islands last year – $1.1 billion of the $4 billion spent purchasing Hawaiʻi Island homes, and $495 million of $1.6 billion on Kauai.

Here are some interesting details inside those overall numbers.

The statewide market is already starting to shift this year, with the number of transactions declining as prices rise, Beall notes.

“Going from the high hundreds to $1 million is less significant than doubling” the price, Beall says. “There’s a lot of that happening on the Big Island.”

With fewer homes on the market and rising interest rates – the average rate nationally for a 30-year mortgage rose to 4.72% last week, according to Freddie Mac – buyers should look for a good listing agent to get a jump on properties, as a Hilo agent recently told Beall.

“Everything is selling immediately,” he says. “You want someone who sees it coming” or any house that you may want will be sold before you even see it.