While describing the values that have carried KTA Super Stores to its 100th year as a family-owned business, president and COO Toby Taniguchi brings up traditional Japanese concepts.

“The organization has been able to survive because our focus is not solely on the bottom line. Our focus is also on honoring the people, relationships and partnerships that those before us have built. Japanese call it on and giri, which mean gratitude and a sense of duty toward those who came before us.”

In 1916, Taniguchi’s great-grandparents, Koichi and Taniyo Taniguchi, founded the company as a 500-square-foot store in Hilo serving sugar plantation workers. The K and T stand for Koichi Taniguchi, while the A was added to differentiate the store from another using the same initials.

Toby Taniguchi’s father, KTA chairman and CEO Barry Taniguchi, says the 100-year-old legacy is never far from his mind, as customers regularly remind him of what KTA meant to them as they were growing up.

“My grandma would always give kids a quarter for candy. My grandfather would always show his appreciation to our partners, and thank and bow to each person shopping at his store. He was so humble, he would sweep the floor himself, and people would often mistake him for a custodian.”

He adds, “Those are the values they transferred to us.”

Today, the company employs close to 800 people across six locations on Hawaii Island: five KTA Super Stores and Waikoloa Village Market. They support dozens of local organizations, including Teach for America, the Aloha Council of the Boy Scouts, the Lyman Museum, the Boys and Girls Club of the Big Island, and the Special Olympics East Hawaii. Much of their support is hands on: Barry Taniguchi helped establish The Food Basket, Inc., which is dedicated to ending hunger, and is president of the Hilo High School Foundation.

As one of the few surviving large family‑owned- businesses on Hawaii Island, the leaders are passionate about championing other local businesses. Executive VP Derek Kurisu led the development of the company’s Mountain Apple Brand, consisting of products grown, processed or manufactured in Hawaii. Under this brand, over 50 local vendors supply more than 200 products, including milk, meat, juice, eggs, coffee and desserts.

“For family organizations, the hardest time is the transition between the third and fourth generations. Companies are usually sold off then.”

“When the sugar plantations were going under, Tony Taniguchi, the former CEO (and Barry’s uncle), told me that it’s my obligation to go and help the agricultural community. I grew up in plantation culture and, as each one closed, I thought, I have got do something to help,” says Kurisu.

Both Barry and Toby Taniguchi stress that the company has not been able to reach its centennial without significant challenges. They include natural disasters, such as the 1960 tsunami, which nearly killed Barry’s father while he was working in the downtown Hilo store. 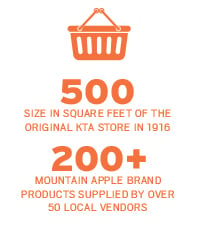 Recent challenges have been economic. Competition from large corporations such as Costco and 2008’s economic crash have led to difficult decisions around deferring pay raises and closely monitoring employee overtime.

Barry Taniguchi points to another issue that worries him: whether the next generation would emerge to lead the company. “For family organizations, the hardest time is the transition between the third and fourth generations. Companies are usually sold off then. I didn’t think we were going to survive into the next generation if nobody in the family had stood up.” 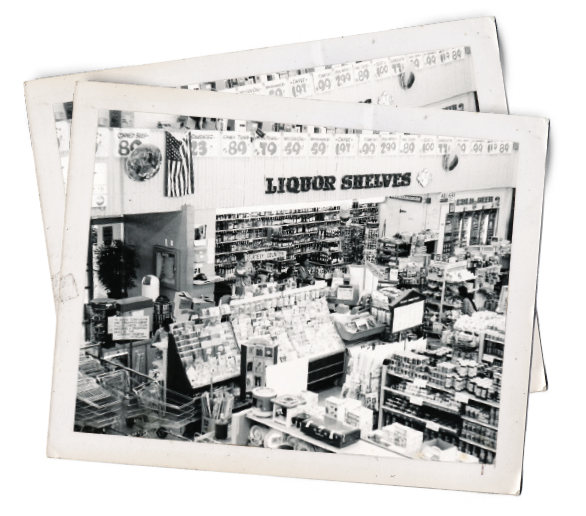 While young, Toby Taniguchi did not imagine himself joining the family business. As a teenager, he made it a point to work at a restaurant instead of the family store, and then he moved to the mainland for his education. “It was never really my intention to come back,” he admits.

But, as he puts it, a strong sense of fate called to him. “In life, sometimes you get jobs. If you’re fortunate, you end up with a career. And, sometimes, just maybe, you have a calling to do something. And it’s a calling that you’re both attracted to and resist,” he says, acknowledging the tremendous sense of responsibility that comes with carrying on his great-grandparents’ legacy.

As he settles into his new role as president, Toby Taniguchi is grateful to his father for insisting that he work his way up from entry-level roles. Not only did he gain a deeper understanding of the operations, he also experienced the significance and challenges of each role.

“Once you do the job, you gain empathy for what each individual has to go through. If you’ve ever had to stand at a cashier’s station for eight hours and be both friendly and accurate, you know that’s not an easy thing,” he says.

Looking Toward the Future

KTA’s leaders see the centennial both as a chance to look back and an opportunity to define the future. Modernizing the technology infrastructure and encouraging
a new generation of leaders are among their priorities.

Senior marketing clerk Brittini Kuwahara, 27, is working to connect the core values of KTA to the lifestyles of younger customers.

“We’re working on moving the company into a more tech-savvy future. We’re already starting to do our online store, and build our social media network on Facebook and Instagram,” she says.

Kurisu is leading the effort to develop a second KTA brand, called 1916. In contrast to Mountain Apple’s local products, 1916 features gourmet, handpicked items from around the world. As we walk through the store, Kurisu points out 1916 branded items, including wine, higher-quality meats, truffle oil, dried fruits and Colombian coffee.

“People think they won’t find gourmet or high quality in local stores, especially on a small island. But we want to show people that we can have it all,” says Kuwahara.

Toby Taniguchi stresses that, although they are working to appeal to a new generation, it is equally important to maintain the core values and service that Koichi and Taniyo Taniguchi established.

“As my dad says, the company has never been solely based on the bottom line. It’s based on what’s right for the community, our partners and our associates.”