BOSS stands for the Business Outlook and Sentiment Survey and it’s conducted twice a year for Hawaii Business by QMark Research. It provides a revealing picture of Hawaii’s economy by asking about 400 business leaders twice a year how their individual companies are doing on key indicators such as revenue, employment and profit.

It also asks these business leaders about the road ahead: Where are their companies headed and what do they expect from Hawaii’s economy in the near future? It’s a useful guide to where we are and where we’re headed.

INSIDE THE BOSS PERFORMANCE INDEX 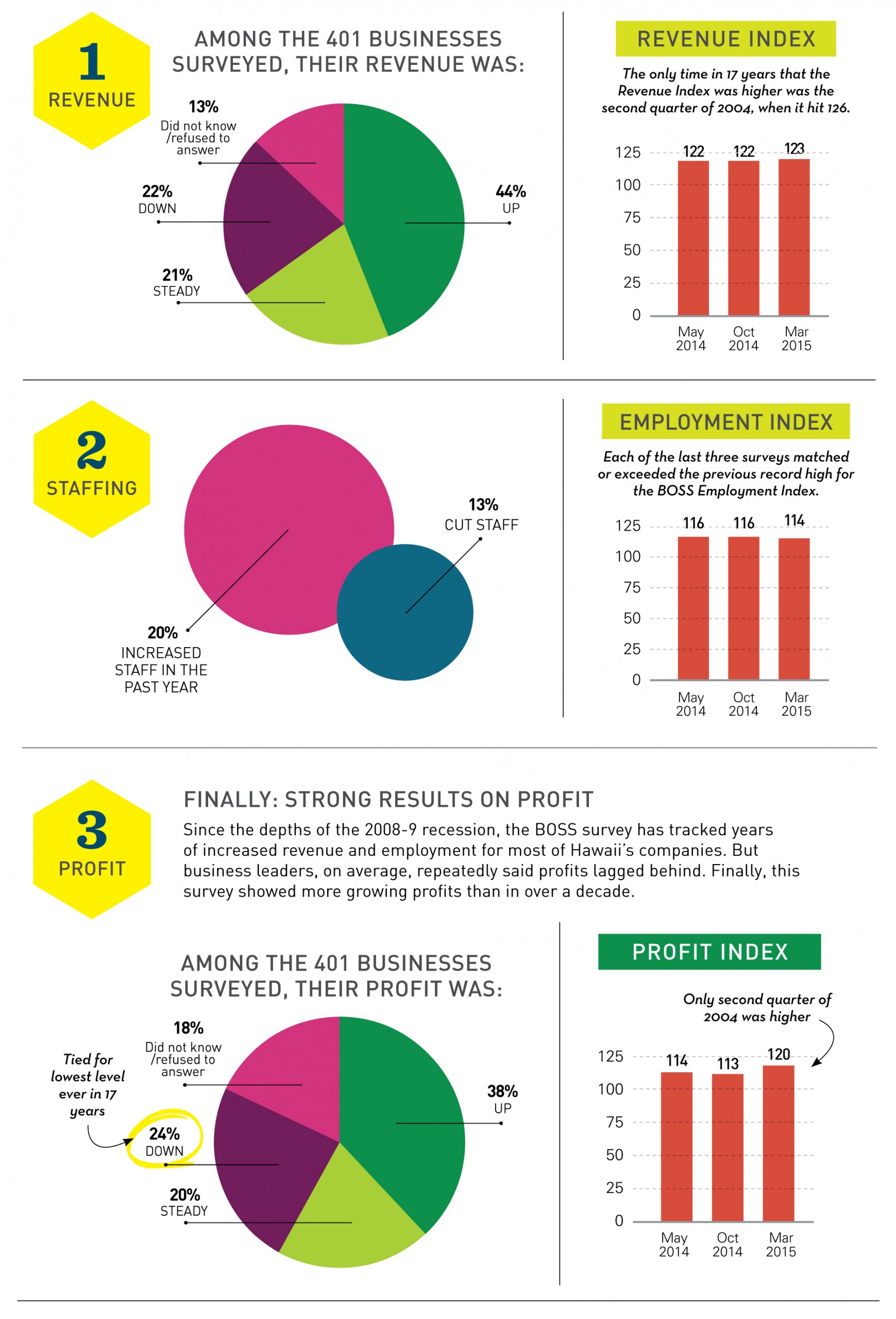 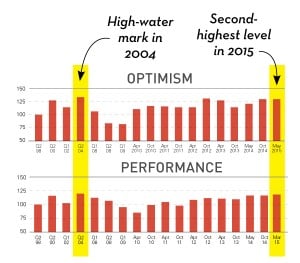 The BOSS survey and its predecessor surveys have been conducted 32 times by QMark Research since 1998. The high-water mark was the second quarter of 2004, when both the Performance and Optimism Indexes were at their highest points ever. Overall, the results of the latest survey rank closest to that 2004 peak; both of the primary indexes are now at their second-highest level ever.

The data was weighted to reflect the proper proportions of each segment in Hawaii as reported by the state Department of Labor.

A sample of this size has a margin of error of +/- 4.90 percentage points with a 95 percent level of confidence.

A secondary goal was to complete interviews with 100 business leaders who describe their companies as doing a majority of their work in the construction industry.

QMark Research conducted the interviews by phone from March 17 to March 30, 2015 with business leaders on all the main Hawaiian Islands.

We asked the 401 businesses surveyed:

WHAT BEST DESCRIBES YOUR SPENDING PLANS FOR THE COMING YEAR?

The results this time were the best in the past three years, even though those were already strong years for Hawaii’s economy and its businesses.

NEXTERA AND ME: GOOD, BAD OR INDIFFERENT? 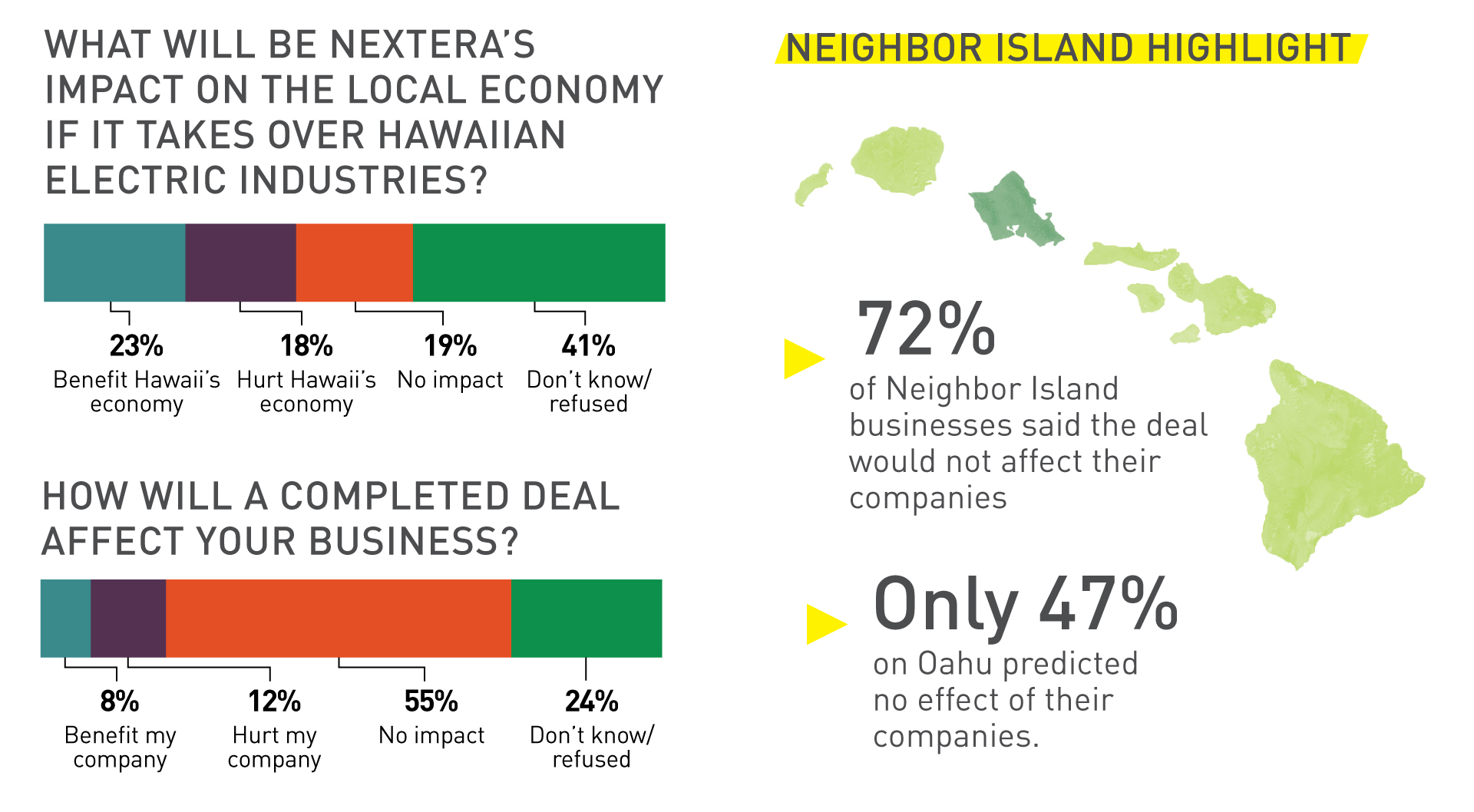 The BOSS survey created separate indexes for companies in the Hawaii construction industry* and compared those results to the indexes covering all Hawaii companies.

CONSTRUCTION INDUSTRY DOES BETTER ON ALL MEASURES

Each company in the construction industry was asked to estimate how its gross sales have fared over the last year.

We asked companies in the construction industry to estimate the proportion of their sales over the last year derived from the private and public sectors. Here are the averages over seven BOSS surveys:

In the latest survey, leaders in the construction industry said 69.1 percent of sales on average were generated from private sector contracts and 30.9 percent from government projects. Not surprisingly, the rate of government work on Oahu was higher (33.47 percent) compared with the Neighbor Islands (23.58 percent).

The BOSS asked companies in the construction industry: 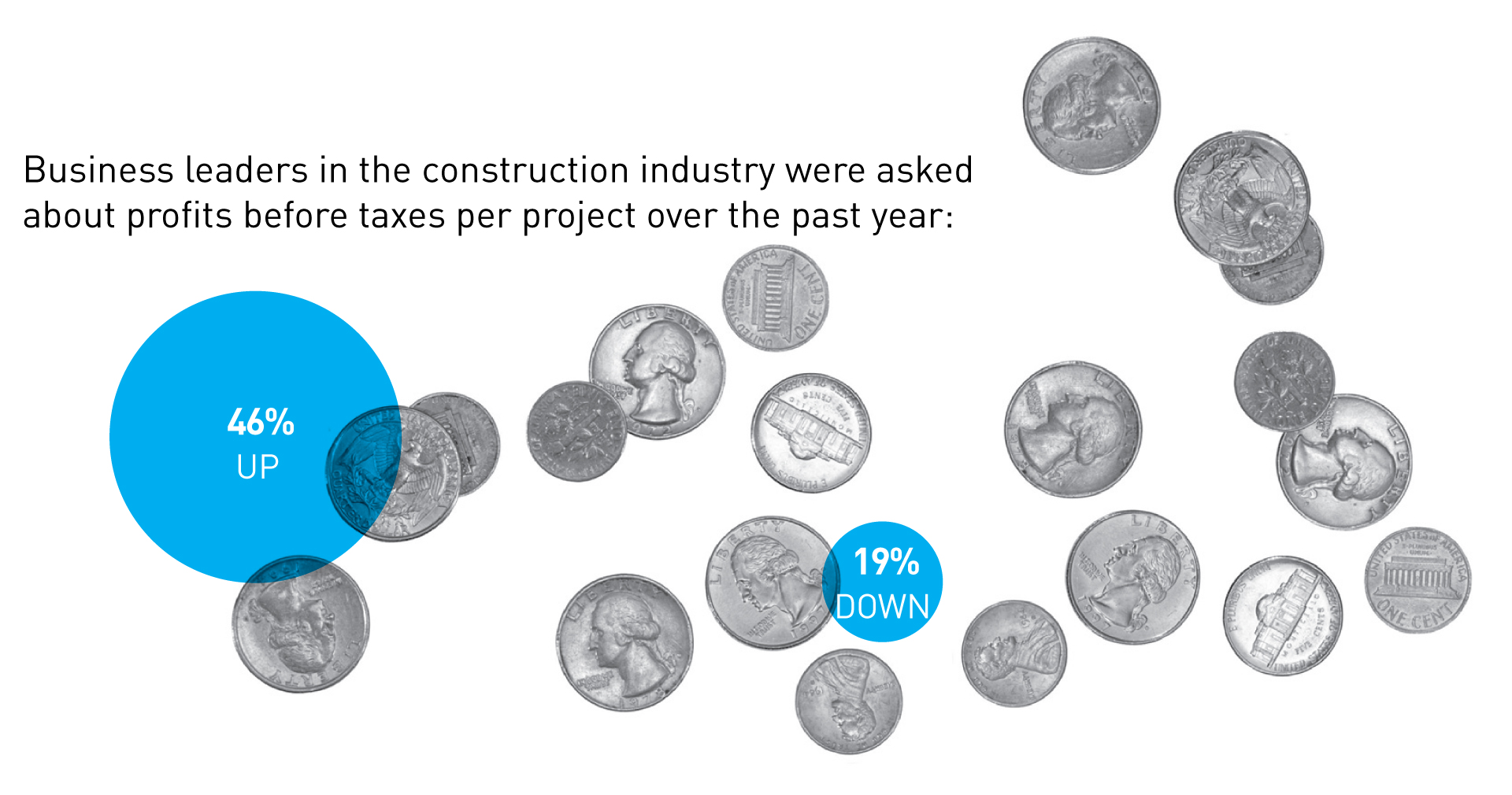 Firms in the construction industry were asked if their costs have risen over the last two years. In consecutive surveys, here are how many said yes: 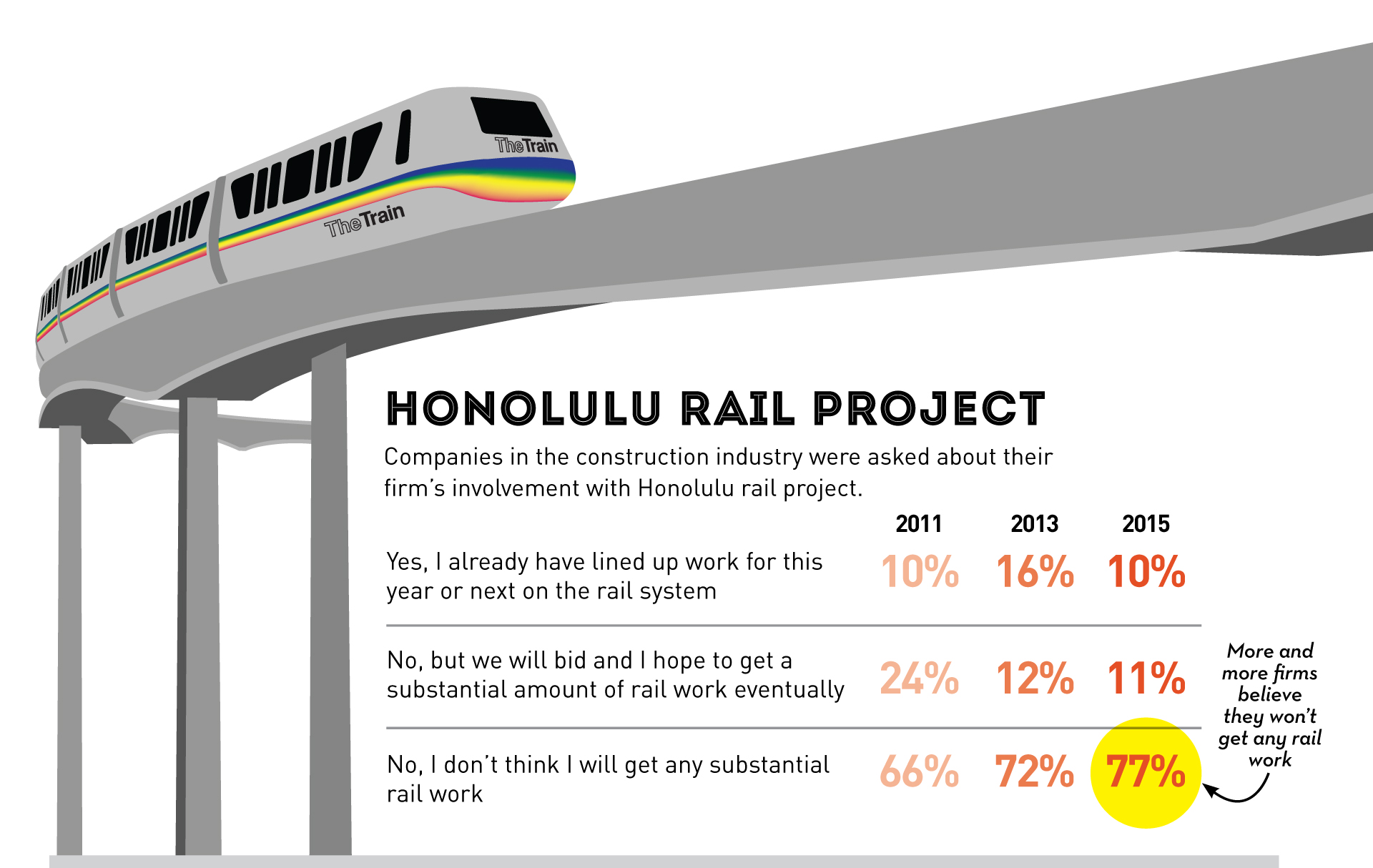