Four local leaders discuss what resilience means, how to bounce back from failure and how to build resilience into your teams so they persevere and succeed.

ere are edited and condensed excerpts from a workshop held at the 2018 Hawaii Business Magazine Leadership Conference.

Learn from Leaders
Hawaii Business Magazine’s 2019 Leadership Conference is Thursday, July 25.
At the all-day conference, you will learn from more than 30 national and local leaders in a dozen workshops and sessions. Register at hawaiibusiness.com/LC19.

Characteristics of a resilient person, leader and team

Yamada: Resilience is not about returning to your original state; it’s about taking on something challenging. At UH, I talk to students all the time about pushing their comfort zone. If you face adversity, succeeding or failing, you learn a lot and grow from that experience. It builds confidence and resilience. My big challenge every day is to push my comfort zone and I challenge you all to do the same.

Lo Grimes: I don’t think you have to have high personal resilience to be a resilient leader. We have studied this at my law firm. Lawyers’ bread and butter is client service, and we know that if our attorneys remain positive and engaged in the face of adversity – which is common in litigation and negotiation – we can better service our clients. But we’ve learned that lawyers have certain personality traits like pessimism and risk-aversion. These traits are rewarded in law, because we are rewarded for pointing out risks to our clients. But 90% of lawyers fall below the 50th percentile in resilience. In fact, the average resilience score is 30 for lawyers, but there are ways that
we’ve learned to combat low resilience, and there are tools that you can use to build resilience.

You can rely on your other traits to get the job done. Maybe you are thorough, so you want to be conscientious and finish a project. Or, you want to accommodate, or look at client service as being important. Or, you have some high abstract reasoning skills, so the subject matter is very interesting to you, so you pursue that to create a different positive mindset, instead of a negative mindset.

Petranik: Lyndsey, on April 15 and 16, 2018, catastrophic flooding occurred on the North Shore of Kaua‘i. You told me your parents taught you lessons in resilience that helped you deal with that disaster.

Haraguchi-Nakayama: We discussed whether resilience is innate or taught. It’s definitely both. I have that innate farmer perseverance, that “never give up” attitude, and my parents taught me a lot. My father is a generational farmer. My mother is a teacher. So, the combination is what really brought me up. Resilient is being able to adapt no matter the situation, and being prepared, being able to work together as a family and community to preserve and persevere. You have to be able to work with everybody to get things done. Especially when you see rising flash flood waters coming at you.

“Resilient is being able to adapt no matter the situation, and being prepared, being able to work together as a family and community to preserve and persevere.”

Petranik: Vern, when you led the Hawaii Emergency Management Agency, the agency was very discouraged by the false ballistic missile alert. How did you rebuild?

Miyagi: Resilient leaders have to form a resilient organization. That is the key. I resigned as head of the Emergency Management Agency. I accepted responsibility. My resignation was accepted, and we had to move on. Hurricanes don’t stop. Floods don’t stop. But, the people there were good, new leadership came aboard and they continued dealing with new disasters that hit.

Yamada: I admired your ability to step up and take responsibility, because you don’t see that often. You don’t see that in government. All you see is excuses. I think it’s a matter of learning from responsibility. I can point at one thing at UH: the famous “Wonder Blunder.” Millions and millions of dollars have been spent to prevent another $200,000 loss. What they were trying to do with the “Wonder Blunder” was to be entrepreneurial and try something different. It failed. Now we have so many rules that will prevent that from happening again. And, nobody’s going to want to do anything entrepreneurial. But to be resilient we really have to be tolerant of failure, as a part of growing and learning. 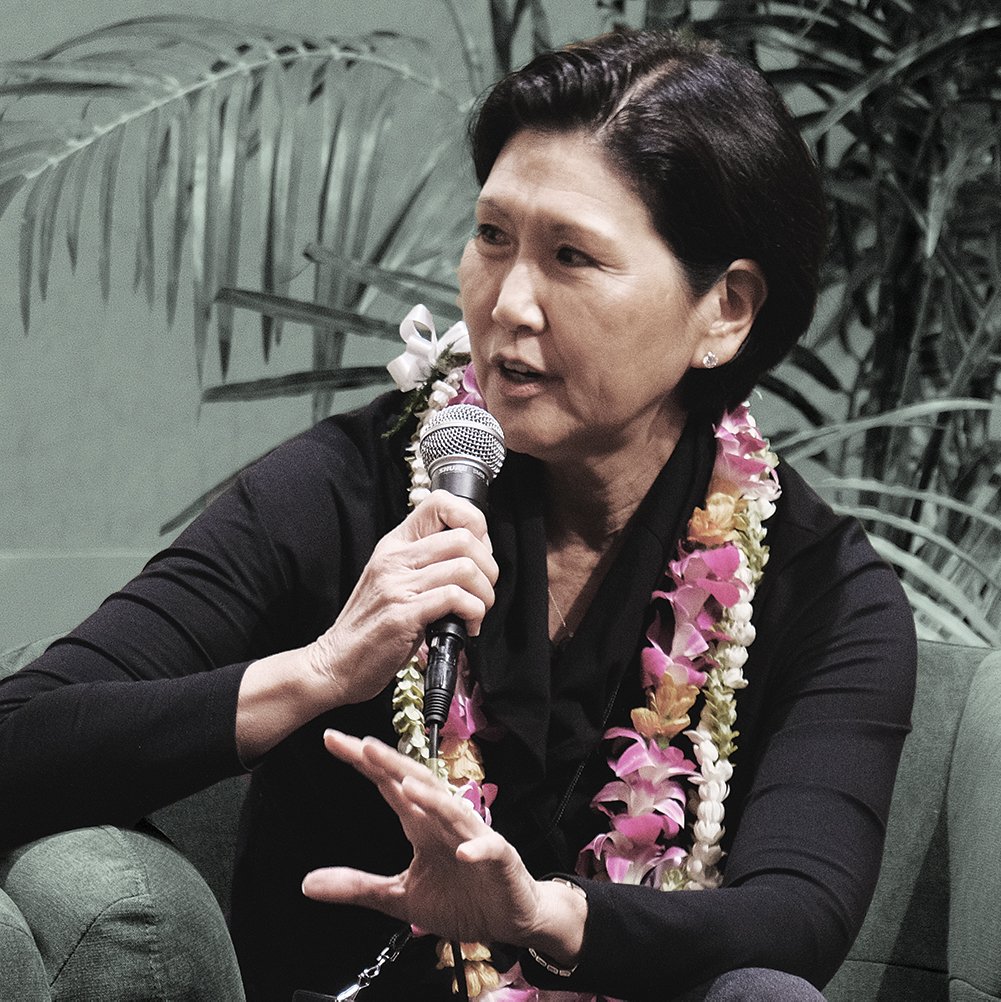 “To be resilient we really have to be tolerant of failure, as a part of growing and learning.”

What resilient leaders do in a crisis

Yamada: When you’re a leader in a crisis, everyone is looking at you and you set the tone. If you have a big disaster that needs immediate response, that’s one thing. But for most of us, we’re dealing with a crisis that is not so imminent. You have time to talk to people to get their input. Leadership is taking all that input and deciding what to do. That path may veer left or right, or take side streets, but it is really important you listen and work as a team, but you also lead your team. Not everybody will like it, and you have to be OK with that.

Lo Grimes: It is important to remain calm. It allows your mind to think rationally. When you are in a panic, things shut down. Logic and reasoning go out the window.

Haraguchi-Nakayama: I think as a mother and in the community, it’s important to also have empathy. In a disaster, when the bridge closes and people can’t get through, there is a mix of emotions. You see some people freeze and you have to help them. Lead with compassion. But, of course, move forward. You can’t be at a standstill in an emergency. 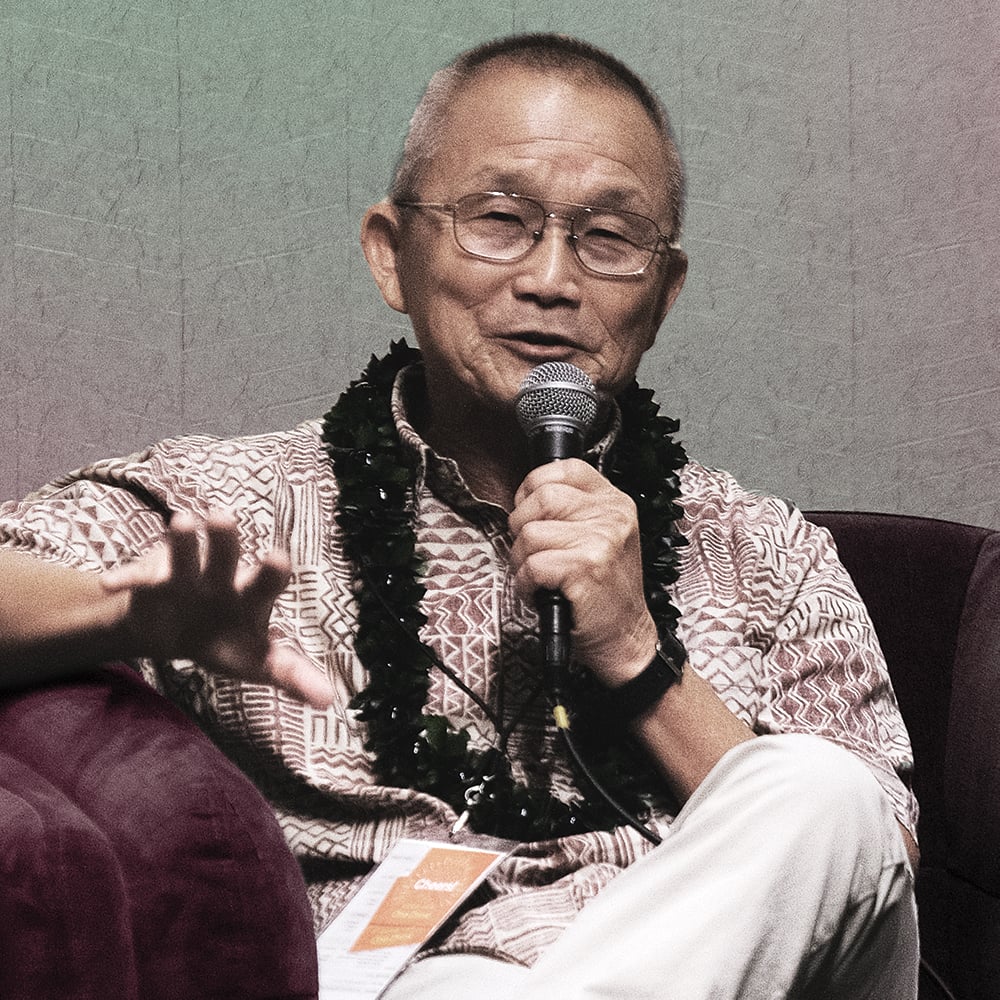 “Resilient leaders have to form a resilient organization. That is the key.”

Preparing for a crisis

Miyagi: In the military, we always try to anticipate what’s going to happen. In combat, what happens if the leader gets killed? How do you resupply after losing primary equipment? That thinking is very applicable in your businesses. You have to get ahead of it. … I put a saying on my wall, “It is what it is.
Get a grip. It’s what you do about it that counts.”

Yamada: I’m all about empowering the individual. Resilience is about you. When you were a baby, you had to learn how to walk, how to talk. Isn’t that the epitome of resilience? Everyone has it. Everyone was born with resilience. Over time, however, on your path to adulthood, you begin to limit what you think you can do. That is when you start pigeonholing yourself into certain things. “I’m not good at math. I’m not good at art.” A lot of studies now show that if you are a lousy artist, but you spend the time and you learn how to do it over and over and over, you will become a decent artist. Your life is
not preordained: “I’m not good at sports. I’m not good at that.” That’s all in your mind.

Don’t let other people dissuade you. Have the confidence in yourself to say, “I can do it. People might not think that I can be the CEO of this company, but I’m going to show them.” I really believe that’s something you can train yourself to do, in your personal life, your professional life. Take advantage of that: It leads to such a fuller life for you.

Different cultures of resilience and leadership

Yamada: I worked in Silicon Valley when it was like the second Gold Rush, when the PC came out, when the internet began. There were people willing to fund people who thought that they could do anything. They would rather invest in somebody who tried something and failed, than invest in someone who has never tried anything and it’s their first company or first idea. Why is that? You’d think this person’s a failure and they lost millions of dollars for their investors. But it’s because you learn from failure. How else do you learn what not to do? In Silicon Valley, risk/failure is rewarded in a way that is unique. It changes people’s ideas
of resilience.

Hawai‘i is different. There is the “aloha spirit” because everyone is valued. We all need to pull together. So it is a more collaborative environment than in other places in the U.S. In the workplace, you need to get everybody’s input. But it needs to be clear that
just because you’ve given me input, doesn’t mean that I need to do what you’re suggesting.

“The guiding path for me is to make decisions based on what is the best interest of the company.”

Question from the audience: I find it very hard to make a decision that is not popular. How do you build that thick skin to handle not being liked so you can do the thing you should be doing?

Lo Grimes: The guiding path for me is to make decisions based on what is the best interest of the company. That makes it easier to accept that somebody is going to be disappointed.

Yamada: One of the toughest managerial challenges you have is when you get promoted after being equal to your co-workers. Now it’s not your job to be everybody’s friend, it’s to be the leader and make tough decisions. A lot of times you have to take that emotion out of it, think objectively and ask, “Based on everything that I know, the input that I’ve gotten, what should I do?” You will never get everybody to be happy with your decision. It’s very unusual that you have consensus, because if it was such a no-brainer, why do you have to make a decision?

To be an effective leader you want to be respected for your decisions. If you don’t like me, I’m OK with that as long as you respect the decisions I make. If we can be friends, that’s an added plus. But it’s not my goal to have everybody be my friend and come over to my house on Saturday for a barbecue.

Petranik: If your organization has a mission, and you believe in it, then that should guide your decisions and that should be your rationale for unpopular decisions, both to yourself and to others. You may not say it out loud, but you need to think: “I’m sorry you are disappointed, but our mission is actually to serve these people or do this, not to serve you.”

This article appears in the July 2019 issue of Hawaii Business Magazine.
Categories: Leadership