A graduate student trades the bananas he grows to a local café for gift cards. On Craigslist, a beekeeper on Hawaii Island says he wants to swap a Langstroth beehive for a sailboat or greenhouse. Using a bartering network, a freelance copywriter sells enough of her writing services to pay for an accountant.

This is modern bartering, where people trade their services and possessions for something else – without using cash.

Many do it through organized bartering networks, some use the Internet and others swap at exchange events.

Bartering was the essential form of commerce until the advent of money many millennia ago, and it has survived around the world even though most people use currency to acquire things. Today, bartering appears to be making a comeback.

The U.S. Department of Commerce says barter accounts for about one-quarter of the world’s business. Barter News Weekly says almost one-third of all small businesses in the U.S. and 65 percent of corporations listed on the New York Stock Exchange are involved in some form of bartering.

Craigslist has an area for bartering, with hundreds of local postings from people willing to exchange everything from voice lessons to tree trimming.

“Companies barter for two reasons: They like doing it or it’s a necessity,” says Joe Lopez, a certified trade broker, and the founder and president of Private Currency Network in Hawaii. “Once you use it, it’s a tool you can use all the time. But people don’t always think of trade first and they really should.”

Lopez, who has owned various businesses, had bartered informally in the past. Once, he owned a bar in Santa Cruz, Calif., and needed the plumbing fixed. The work would have cost him about $15,000, but he found a regular plumber who traded part of the cost in exchange for a bar tab.

For decades, bartering firms have operated in Hawaii, relying on the Islands’ word-of-mouth business style to network and grow.

The locally owned and operated Private Currency Network is the largest, with about 300 clients who are able to trade with other local members and worldwide through the company’s shared networks.

Lopez even bought a home in Kailua using trade dollars for the down payment. “(Our network) is massive,” Lopez says.

“There’s just so much available.”

This is how it works: You use “trade dollars” – a virtual currency – for your purchases, which are given a monetary value.

The dollars you use are withdrawn from your trade bank account. When you earn trade dollars, those are deposited into the same account. It’s just like using real money except these transactions don’t affect your cash flow.

Most PCN members use barter for up to 5 percent of their gross sales, Lopez says. Members have to pay normal taxes on every barter sale and report the sales as income. Both buyers and sellers also each have to pay PCN a 5 percent commission on the value of every transaction plus a startup fee of $495 and a monthly membership fee of $24.95. The company oversees about $2 million to $3 million in transactions a year.

Tommy Silva, president and CEO of T&T Tinting Specialists, has been bartering since the 1990s. Now part of PCN, he has used trade dollars for everything from bottles of wine to give to his employees at Christmas to jewelry for employee anniversaries. He’s used trade dollars to paint the company’s 14,700-square-foot building on Koapaka Street and to buy a two-bedroom timeshare his managers can use at the Polo Towers in Las Vegas. He recently bought 70 passes to Podium Raceway in Kapolei for his employees, all on trade. 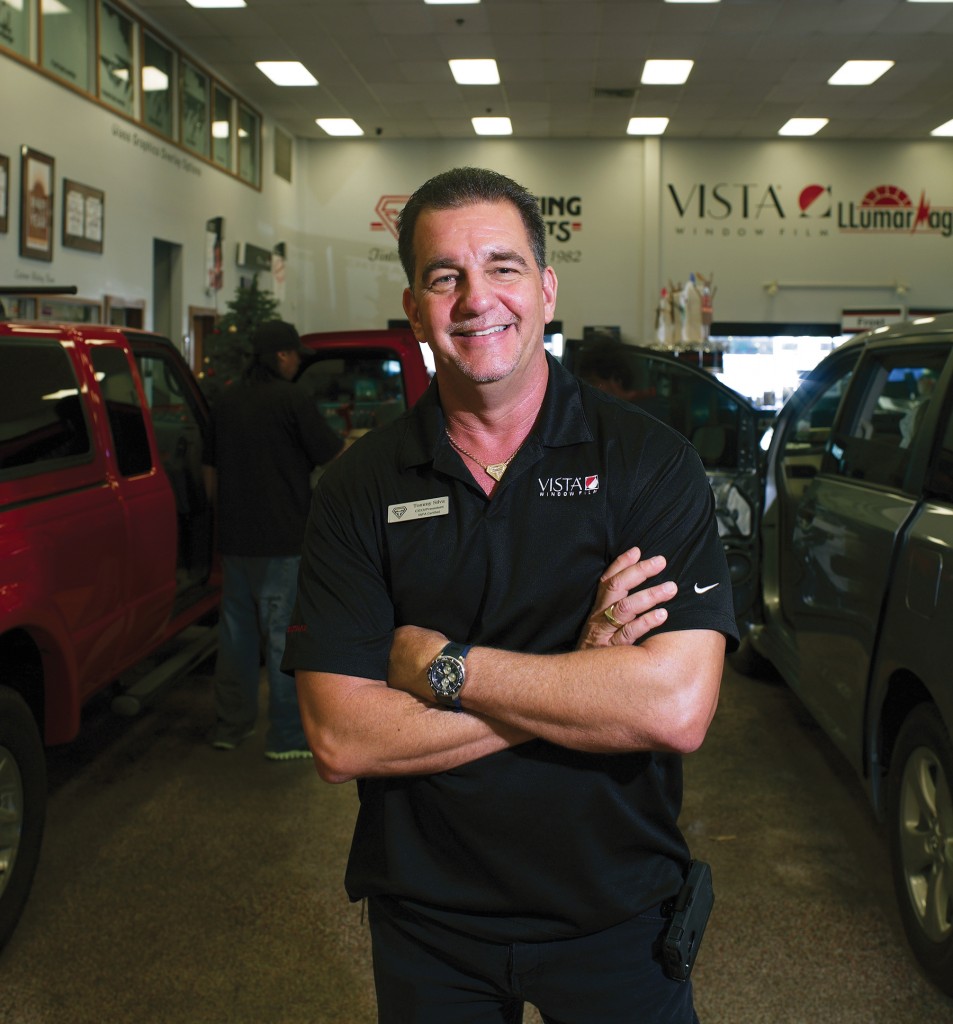 Tommy Silva of T&T Tinting Specialists says he has bartered his services for jewelry, wine, a paint job, and a timeshare. | Photo: Mark Arbeit

His profit margin is about 50 percent, so by trading his tinting services, he pays about half what he would pay in cash, he says.

While some businesses use barter to cut expenses, consumers also see it as a cost cutter. Carol Williams, a Kailua-based freelance commercial copywriter and editor, has been bartering her services since 2004. She has traded her time and work, from writing copy for a website to editing an entire book, for electrical work, rental cars and restaurant meals.

“It’s been very handy, especially if you don’t have big cash flow at the moment,” Williams says. “Say you’re working on a project and you’re not getting paid until the project is done. If you need something and it isn’t going to cost me cash and I can do it on trade, that’s definitely an advantage.”

She was skeptical about bartering at first, having been stiffed and disappointed before, but found that joining a group like Private Currency Network to be reliable and convenient. And because of its varied and extensive network, she has attracted new clients.

There are even public events that support the exchange of goods and services.

A year ago, Fresh Café in Kakaako started a barter event called Skill Trade. The name didn’t work – it was later changed to Barter Bar – but the idea did. The event is now held on every third Thursday of the month and lures about 100 businesses looking for opportunities to network and trade. 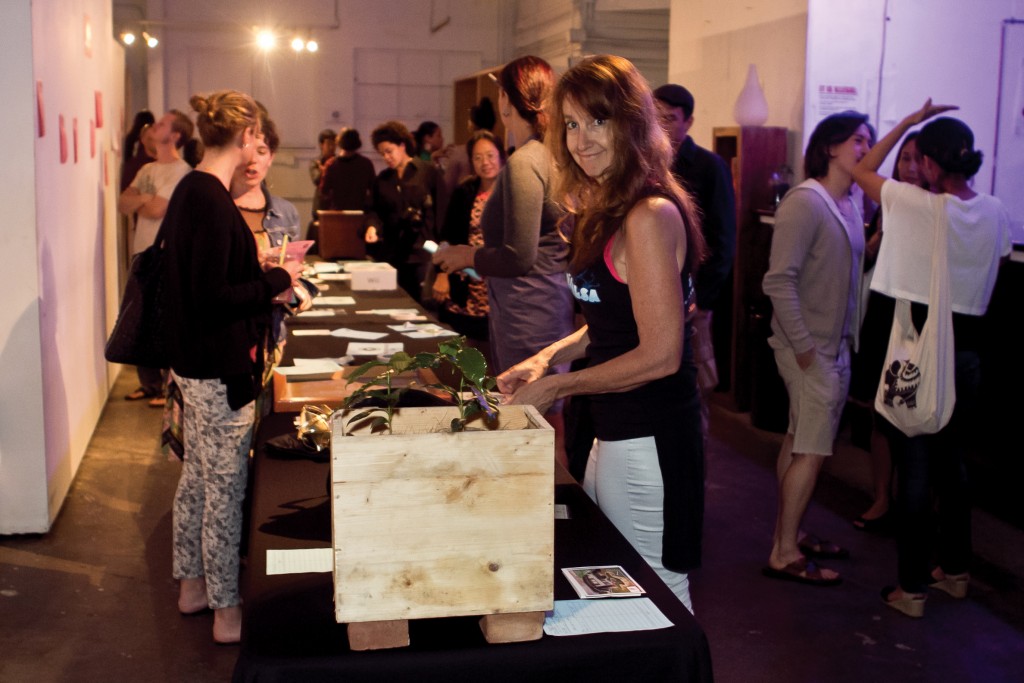 Fresh Cafe holds its Barter Bar on the third Thursday of each month. | Photo: Courtesy of Tracy Chan – Nonstop Honolulu

“It was good for new and established businesses that wanted to meet new people and expand their social reach,” says café owner and founder Tiffany Tanaka. “And it’s been interesting what kind of people come.”

Among them are a doctor who raises fish for aquaponics and a makeup artist who trades fake eyelashes for “likes” on her Facebook page. The event also draws mechanics, lawyers and farmers –anyone who has something to trade.

“There’s a little bit of everything,” says Tanaka, who trades gift cards for bananas with one of the Barter Bar’s regulars.

“Bartering is something that’s forgotten, but it’s so simple. You forget it’s even an option because money is the first thing that comes to mind. To me, it’s important to remember it’s an option and you don’t have to pay for everything in cash.”