The Performance Index is based on changes in revenue, profit and staffing at the 405 companies surveyed. The latest results show steady growth, but less than the boom year of 2017. See the BOSS Optimism Index.

Gross revenue: 42% of the companies surveyed in April and May are enjoying higher revenue than a year ago; 29% reported no change while 23% suffered a decline in revenue. 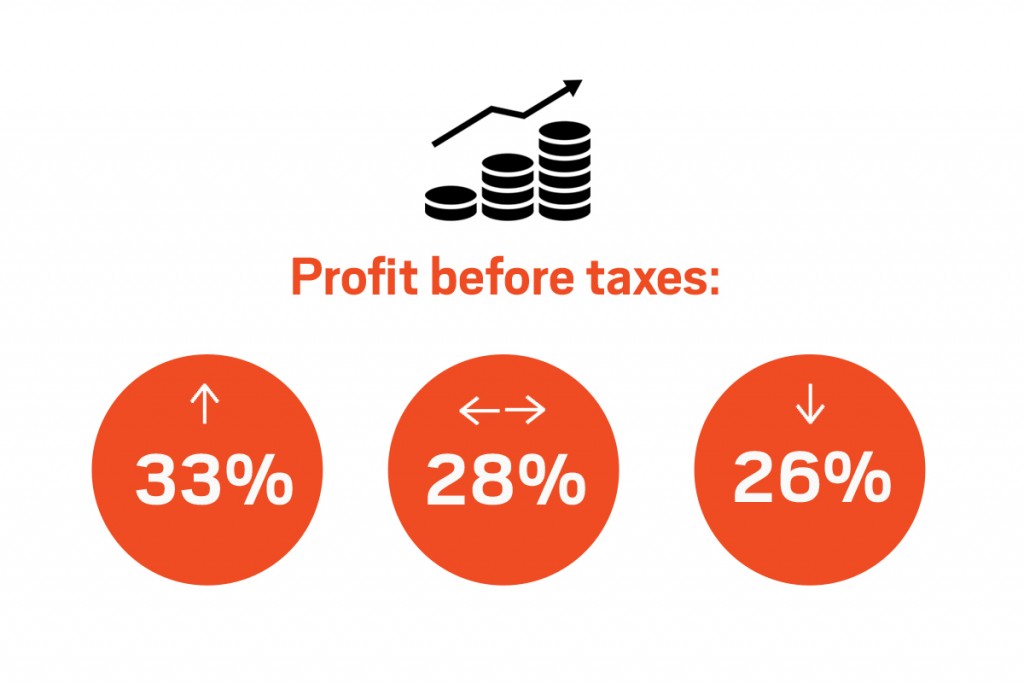 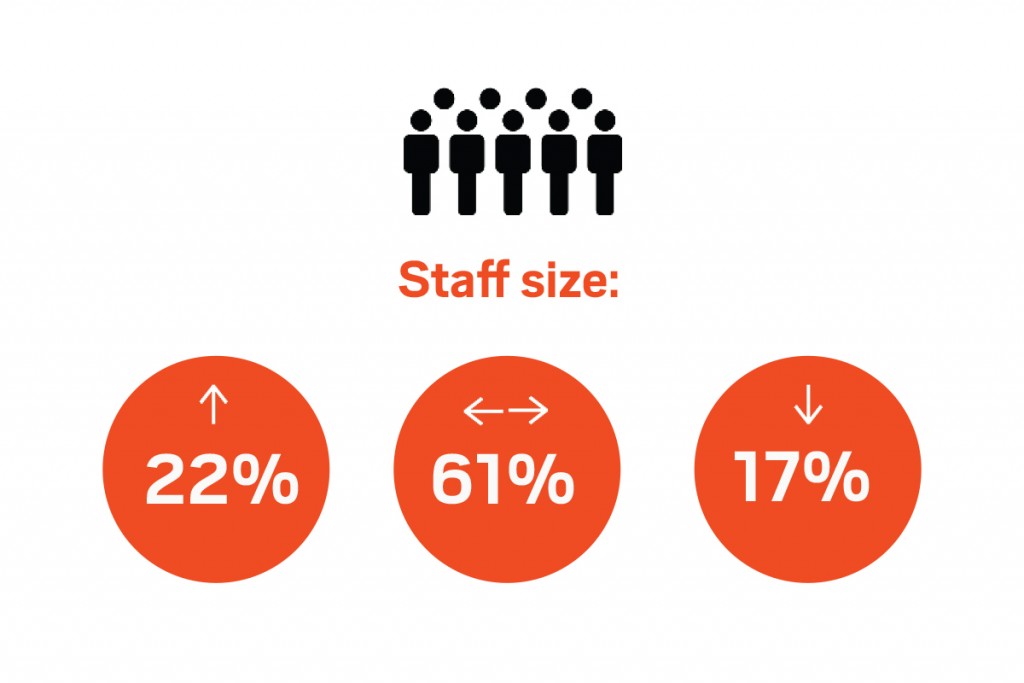 The remaining respondents for these three questions did not know the answer or refused to answer.

Read more results from the latest BOSS survey and the 808 Poll of the general public in coming issues of Hawaii Business Magazine. Among the topics we will explore: minimum wage increases, personality testing at work, President Trump and federal tax reform, sustainability and legalizing marijuana.

Methodology: BOSS stands for Business Outlook and Sentiment Survey. The BOSS is conducted twice a  year for Hawaii Business Magazine by the Research Division of the Anthology Marketing Group. The researchers began by using a list of companies purchased from Equifax Polk Business Directory as well as Hawaii Business Magazine’s Top 250 list and classified Yellow Pages listings.

A total of 405 random interviews on all the major islands were conducted from April 2, 2019, to May 7, 2019. The data was weighted to reflect the proper proportions of each company segment based on number of employees (size of firm) as reported by the Hawai‘i Department of Labor. A sample of this size (n=405) has a margin of error of plus or minus 4.90 percentage points with a 95% level of confidence.