Strong Results Now and Robust Optimism for the Future

Good times seem to have gotten even better recently for construction companies and related businesses, according to a BOSS survey of industry leaders.

The July and August issue of Hawaii Business Magazine contained initial results of the BOSS survey of 405 business leaders from all sectors in Hawai‘i. This report focuses on a survey within a survey of 100 leaders whose companies get most of their revenue from the construction industry, which includes builders, engineering firms and architects. 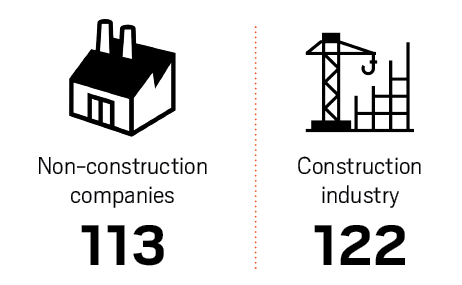 The BOSS Performance Index is based on revenue, profits and staffing at the companies surveyed – did those measures go up, down or stay the same? The results are much stronger on average for the construction industry than for all other companies surveyed. 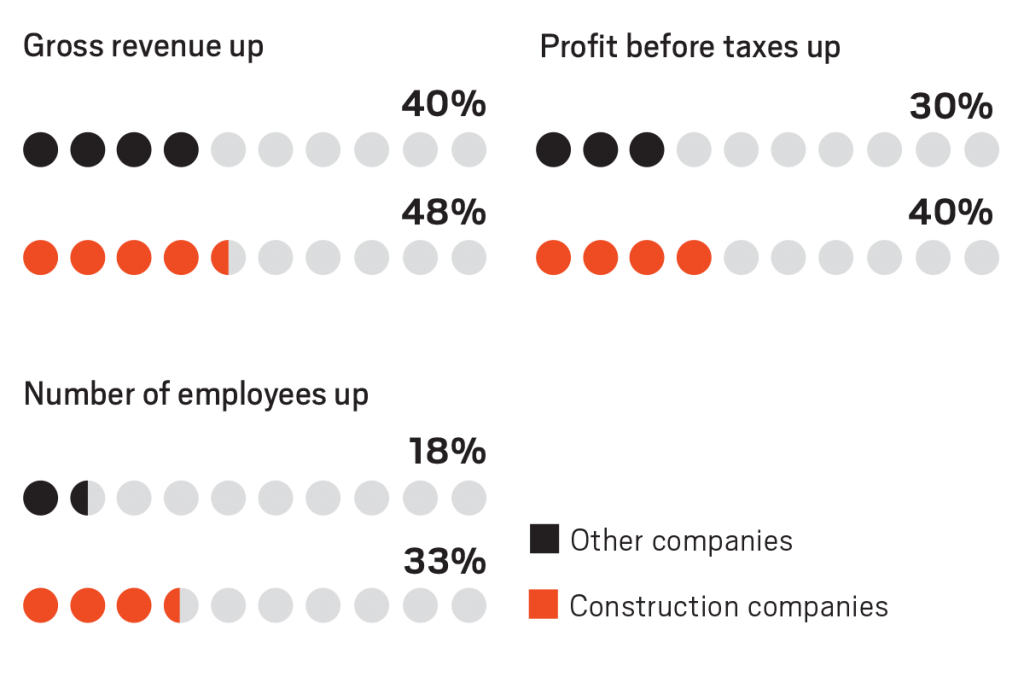 Construction businesses were asked to be more specific about their revenue over the past year. Here are the percentages of companies that enjoyed increases in these categories of revenue growth over the past year:

The Optimism Index is based on responses to this question: Will the local economy improve, decline or stay about the same over the coming year? Leaders in the construction industry were much more optimistic than other business leaders on average. 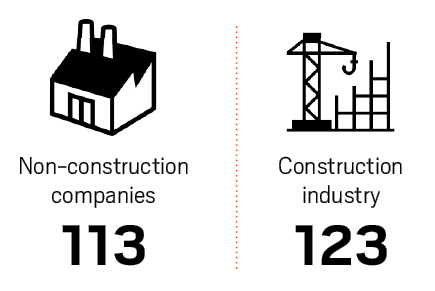 Your Projects: Private or Public? 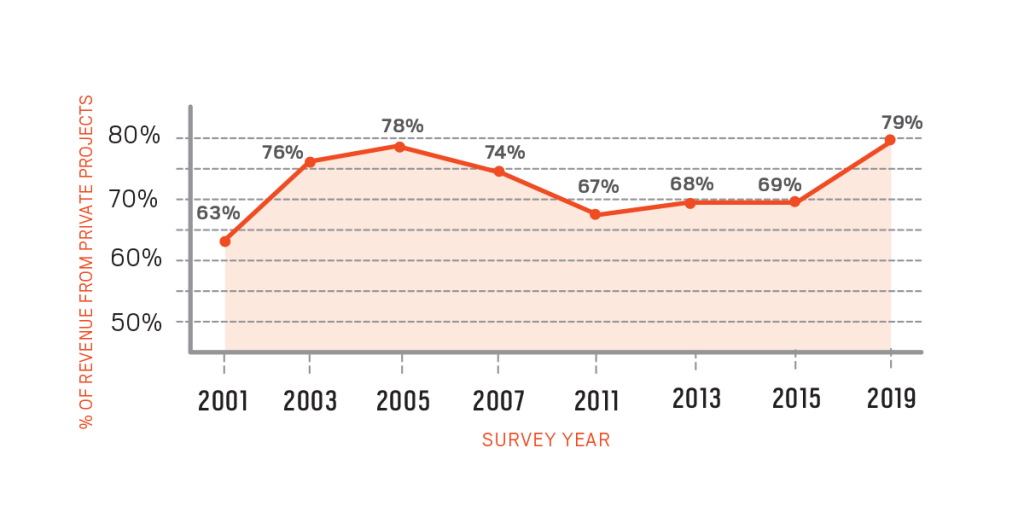 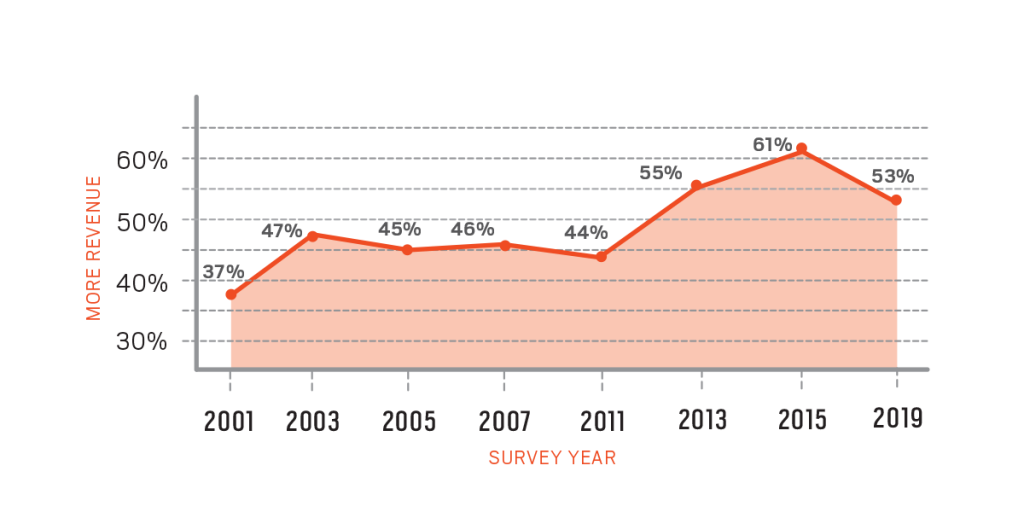 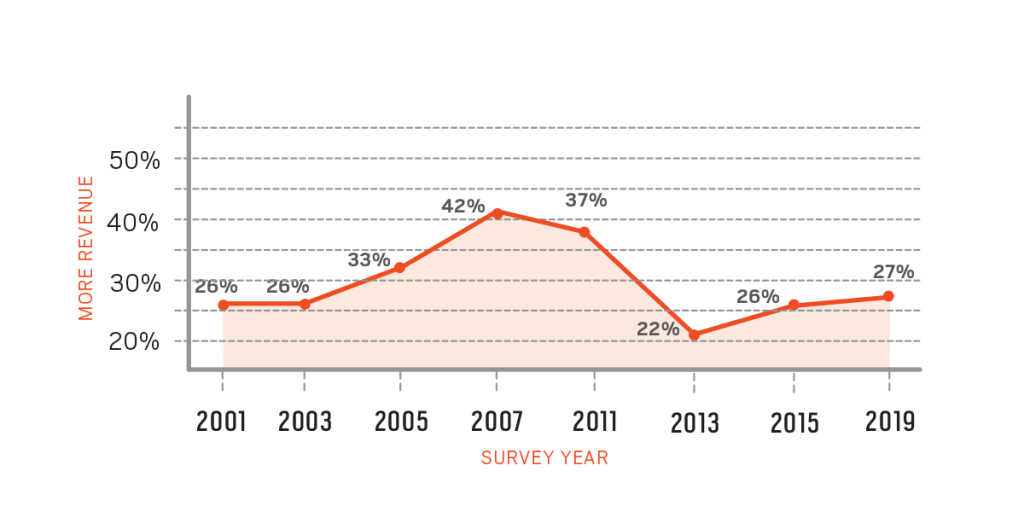 Will the local economy improve?

Construction industry leaders were asked whether, over the coming two years, they expect more activity and spending for their companies, less or the same from each of these sectors. Here is the percentage that said more in each category:

Profits: What happened to your company’s profits before taxes over the past year? 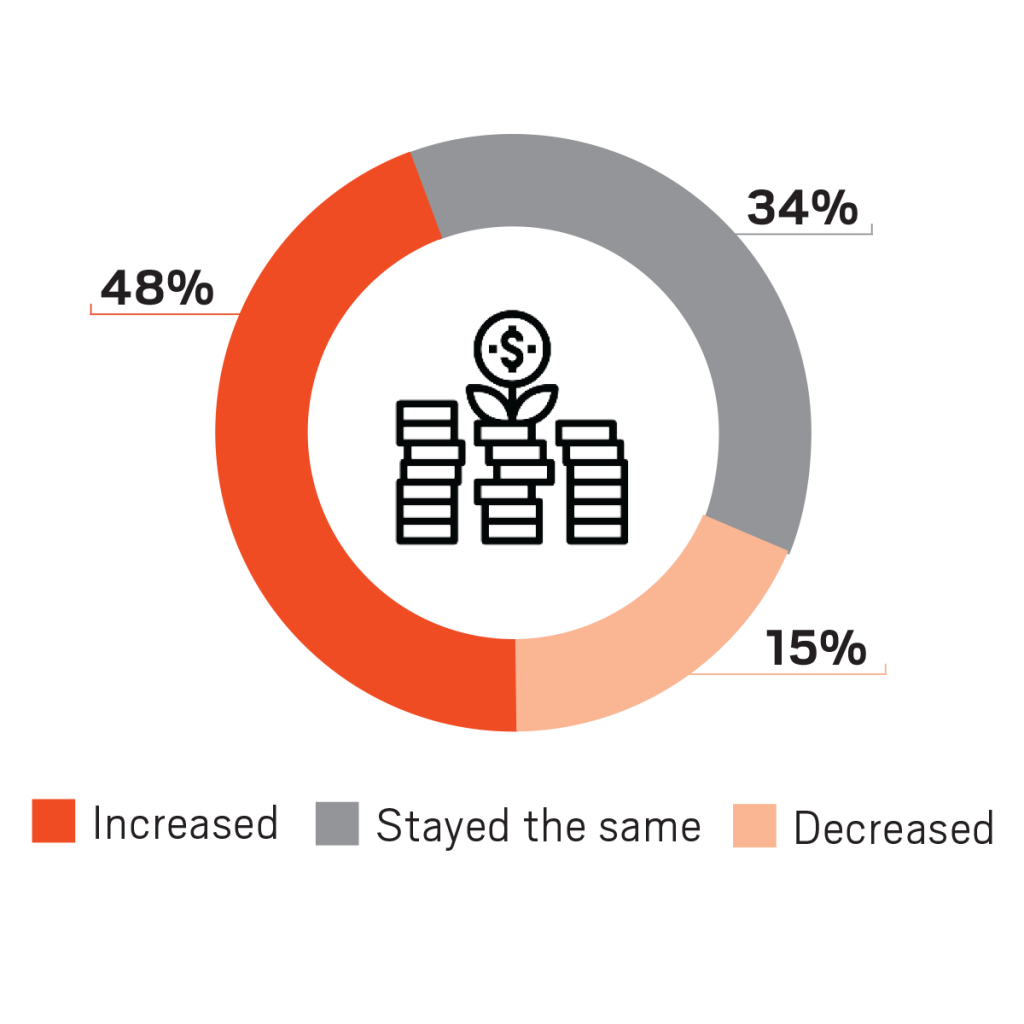 Permitting Process: Has the permitting process improved in the last four years in the counties where you operate? 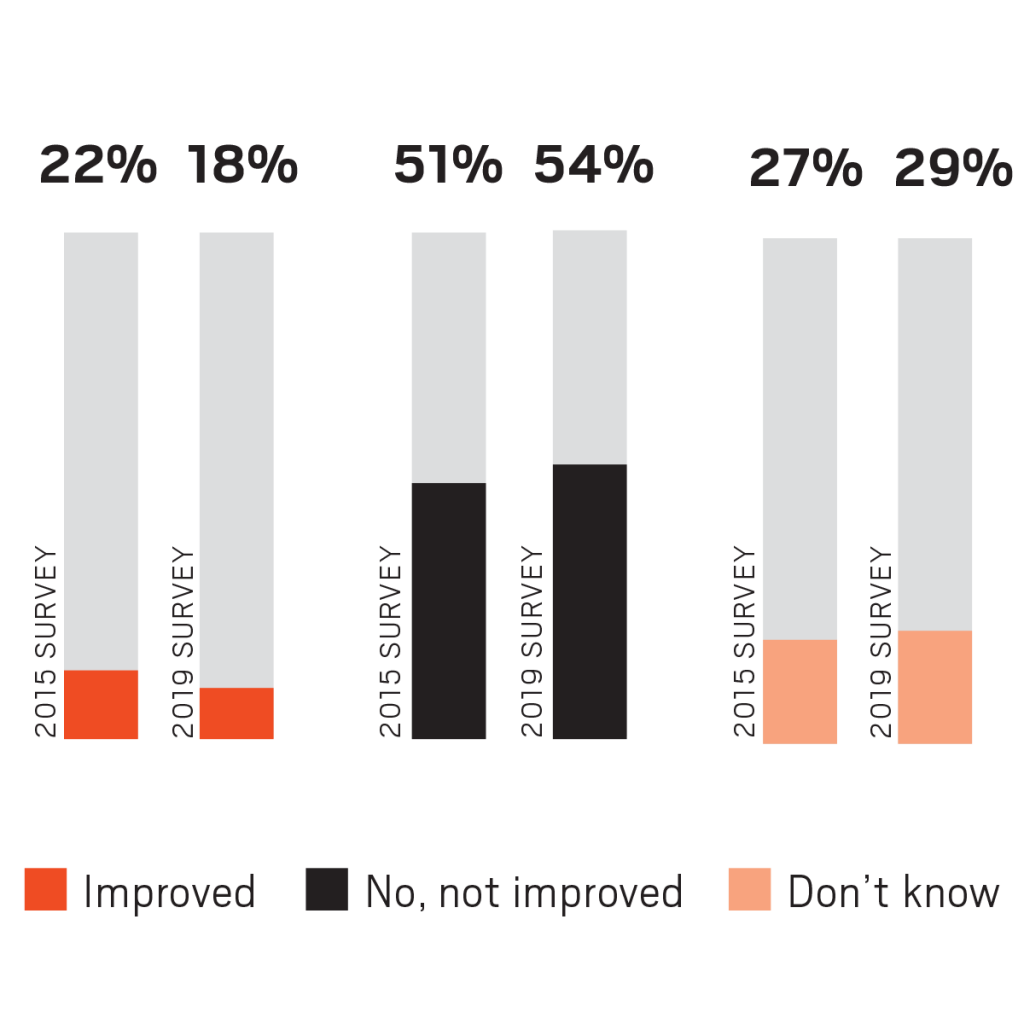 Construction Financing: What about the availability of financing for construction projects over the past two years? 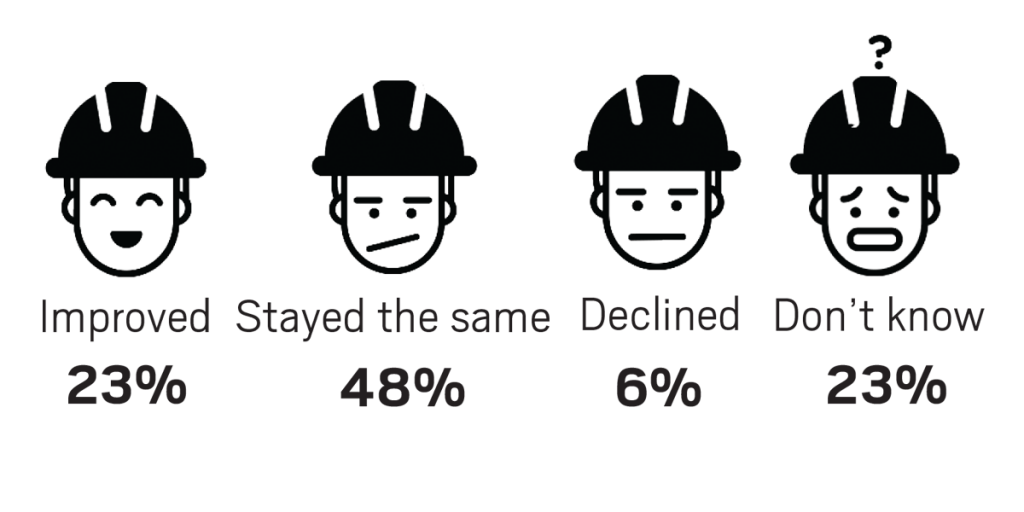 Is Your Project Backlog Up, Down or the Same? 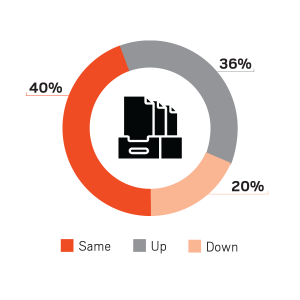 Construction Costs: Have your construction costs risen over the past two years? 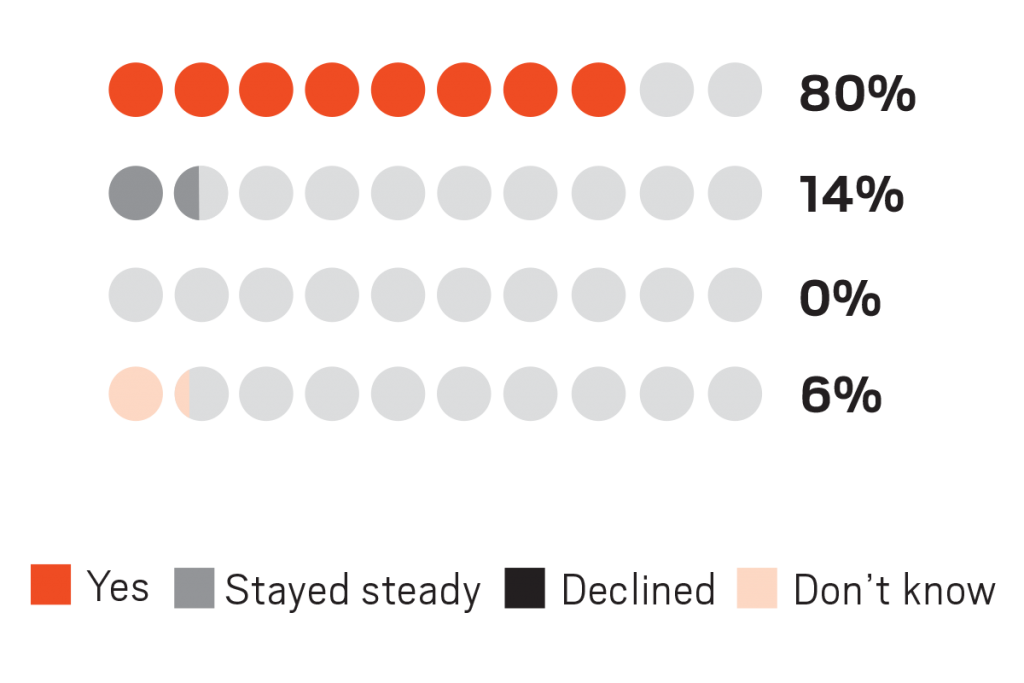 Those firms whose construction costs had increased were asked by how much. 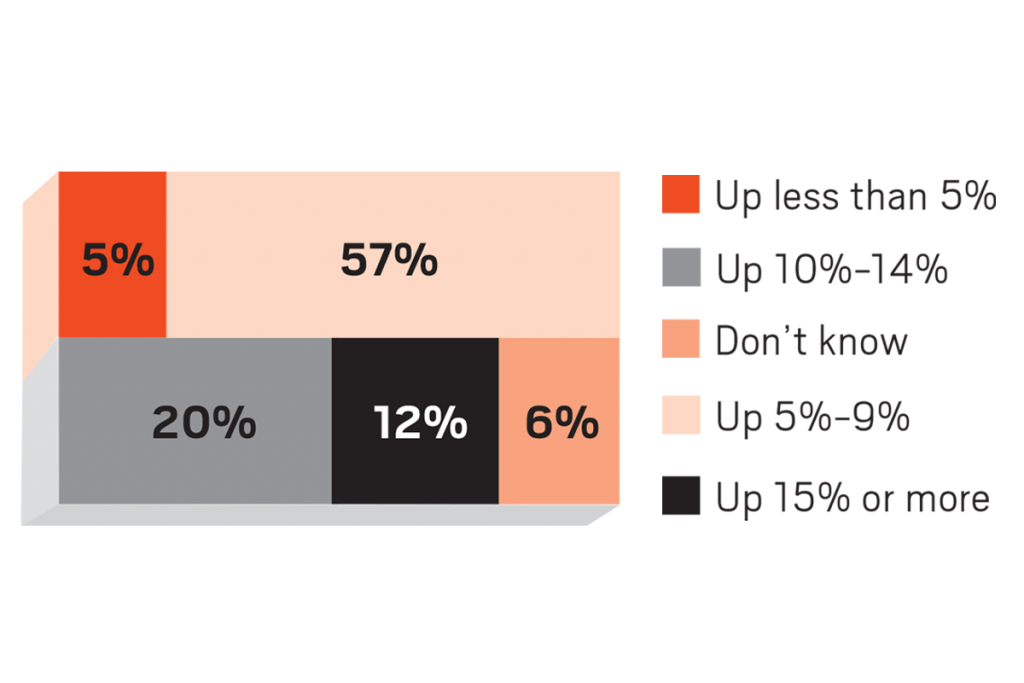