Most say their companies still performed well in the seventh year of this economic expansion. But asked about the near future, their collective enthusiasm is down.

The Performance Index measures changes in employment, gross revenues and profit among the businesses surveyed and compares those results to similar surveys over the past two decades.

The Performance Index is based on the past year of revenue, staffing and profit at the 350 companies surveyed. Here are highlights: 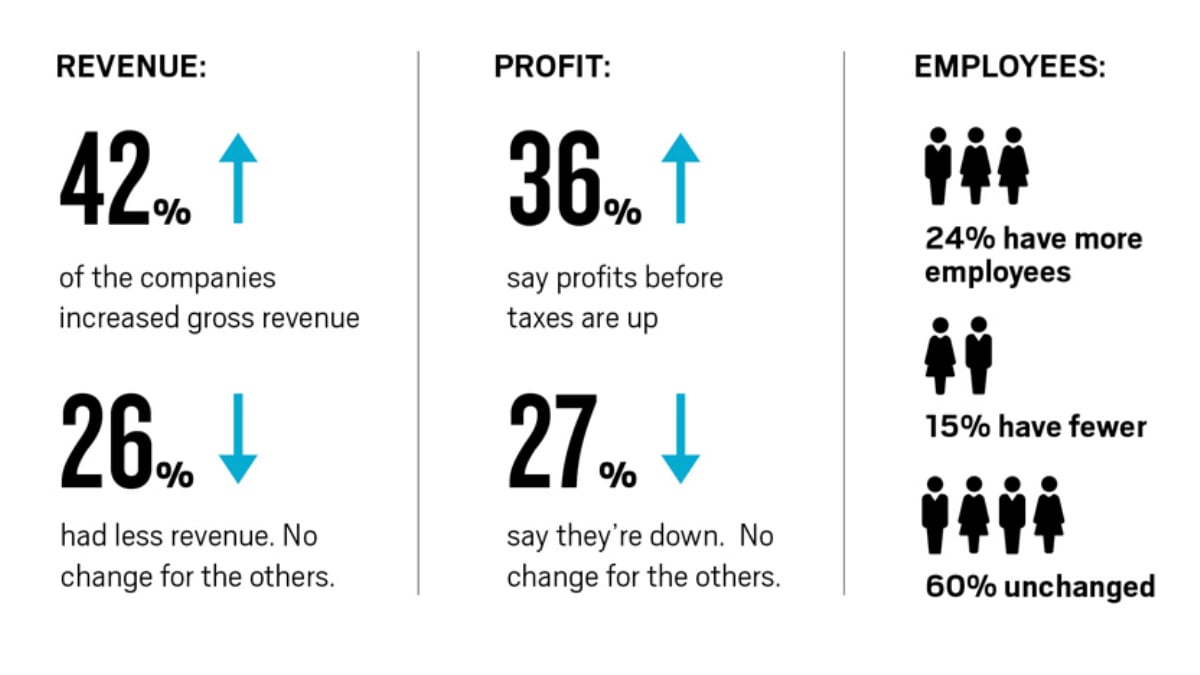 Note: Percentages do not always add to 100 due to rounding.

The Optimism Index is based on how the surveyed business leaders feel about the economy in the coming year: Will it improve, stay the same or get worse?

Will Your Company Spend More?

To further probe how business leaders feel about the future of the local economy, the BOSS survey asked which of these three statements best describes their company’s plans in the coming year.

Hawaii Business will publish further results from the BOSS survey of 350 local business leaders in each issue.

METHODOLOGY: The BOSS survey is conducted twice a year for Hawaii Business by the research division of the Anthology Marketing Group.

This latest survey was conducted using a list of Hawaii companies purchased from Equifax Polk Business Directory as well as Hawaii Business’ Top 250 list and classified Yellow Pages listings. The sample of companies was stratified based on each company’s number of employees; the data were then weighted to reflect the proper proportions of each strata in the Hawaii economy based on data from the state Department of Labor. Leaders on all major Islands were surveyed in proportion to their share of the local economy.

A total of 136 leaders were surveyed who describe their companies as deriving a significant proportion of their revenues from the visitor sector.