BOSS survey shows revenue is up, and so are expectations for the future.

We split the results from the Performance and Optimism indexes: The following numbers compare visitor industry companies with all other companies surveyed this fall.

On average, companies in the visitor industry are doing substantially better than they had been doing and their leaders are significantly more optimistic on average about the coming year than leaders of other local businesses. 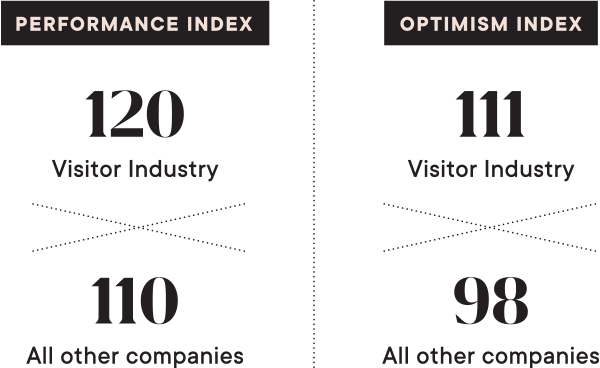 The visitor industry had been at a low point in the last two years, but companies in that sector have rebounded. They were especially strong on revenue and profit in this survey:

Is Visitor Spending Heading Up?

Visitor industry leaders were bullish when asked about overall visitor spending over the next year or two. 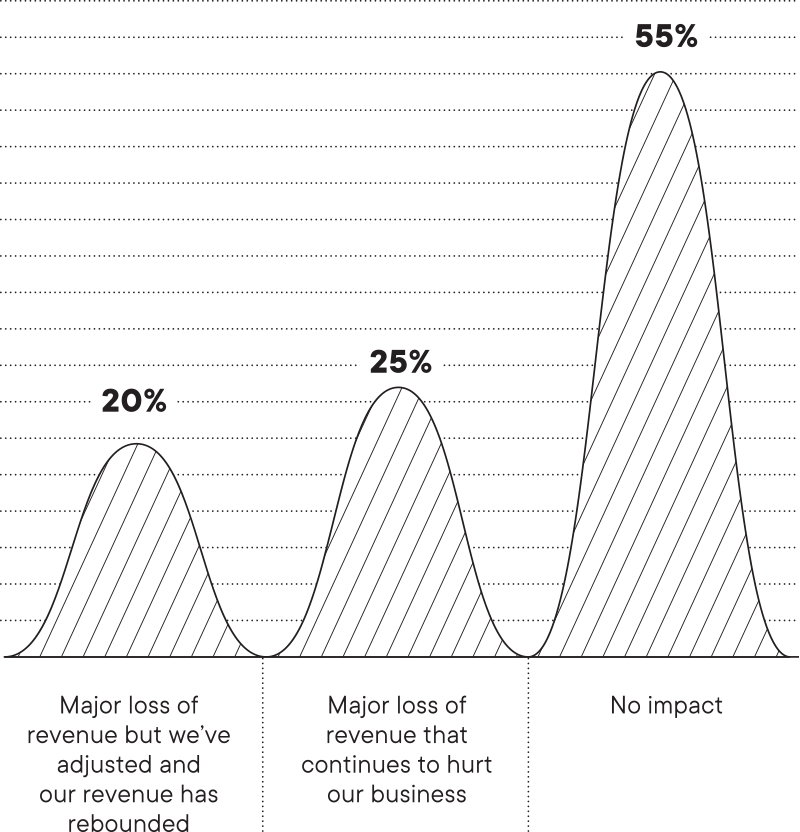 Visitor industry companies on O‘ahu have been harder hit: 41% of O‘ahu tourism companies say this absence continues to hurt their bottom line. Meanwhile, 74% of Neighbor Island tourism businesses say they have not been impacted by the loss of travelers from Asia.

Read other parts of this BOSS Survey of 421 business owners