Construction Industry: Stronger than the Rest

The BOSS Survey of 447 local business owners and executives statewide compares the construction industry to other local sectors. Fourth of 5 parts this week.

On all three key measures – revenue, profit before taxes and employment – the construction industry did better over the past year than the overall combination of all other local businesses surveyed.

Here are the results of the latest BOSS Survey on those three key measures. 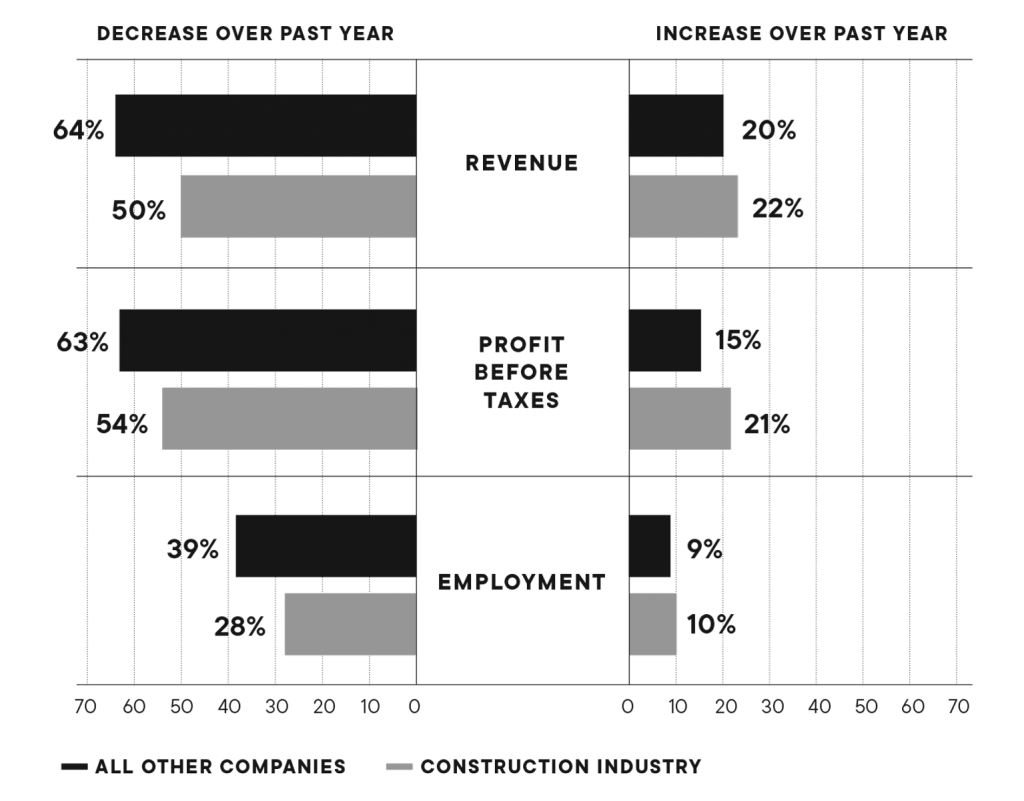 The remaining companies said these measures remained about the same or they did not know.

Owners and executives in the construction industry were asked to describe their revenue stream and mix of projects over the past year: What percentages were public and private projects? Here is the aggregate of those percentages.

The Honolulu rail project, the percentage of government construction projects is lower than at any time in two decades of BOSS Surveys.

Those surveyed were asked what their expectations were for their companies’ private sector projects and government projects over the next two years.

The survey respondents were then asked for predictions for the overall construction industry over the coming two years. 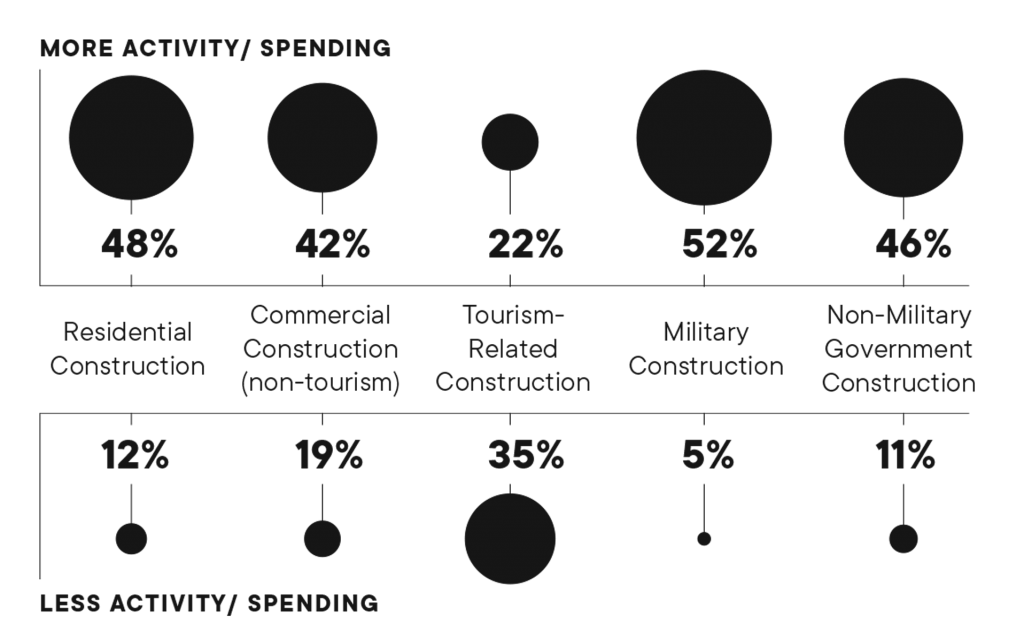 The remaining respondents said activity and spending would remain about the same in a sector or said they did not know. 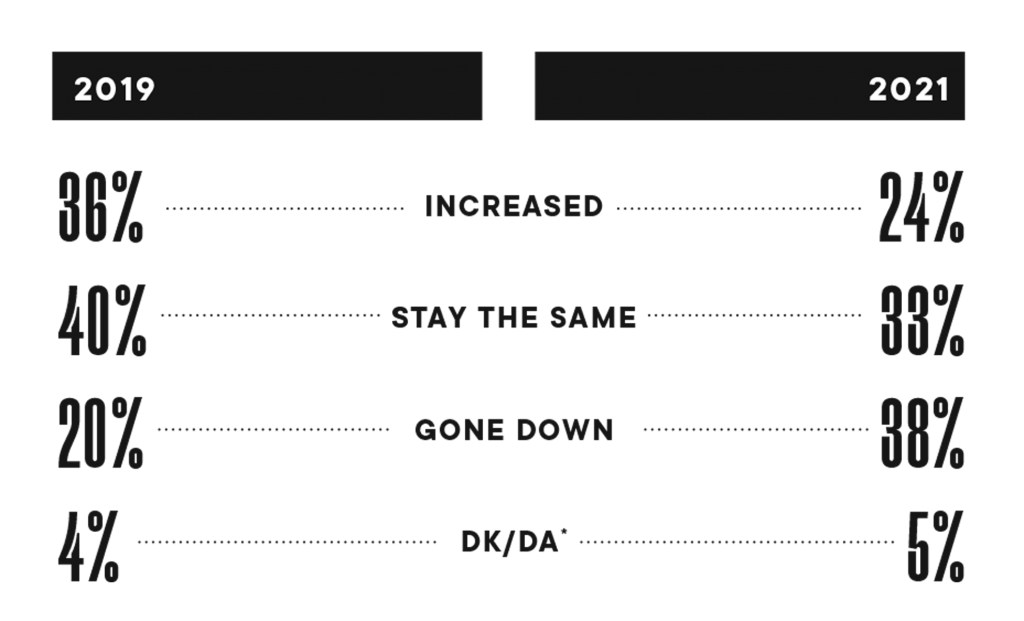 Respondents were asked if the permitting process in the counties where they operate has improved, stayed the same or worsened in the last few years.

Twice as many companies said the process had gotten worse as said it had improved. 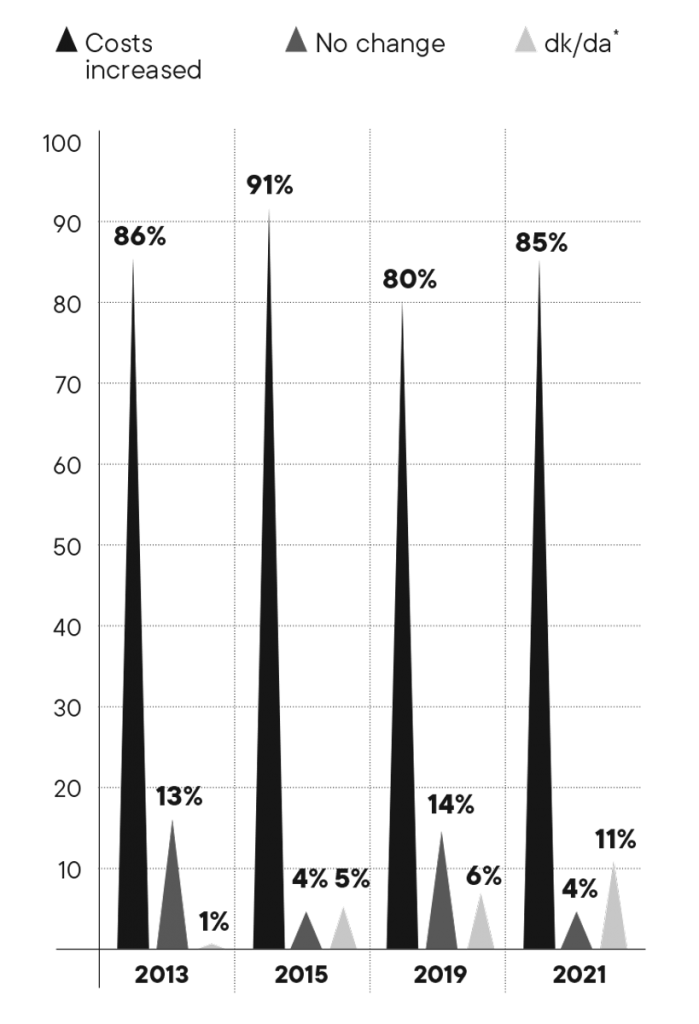 Next, construction companies that indicated their costs have increased over the past two years were asked to estimate by how much. 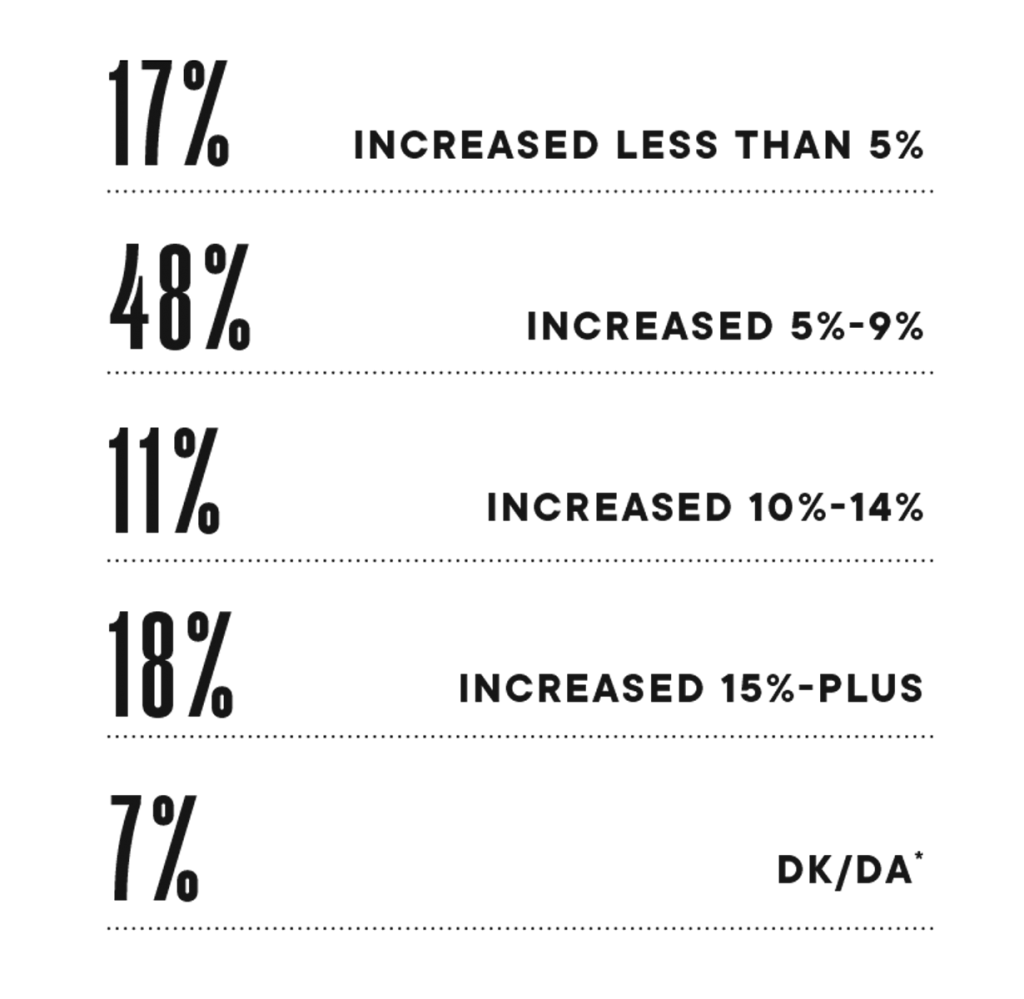 A UH report asks decision-makers: What are the most important values and uses for the remaining oceanfront as the sea continues to rise?