Hawai‘i’s People Describe the Climate Changes They Are Seeing

In both surveys, people were asked which of these descriptions of man-made climate change best reflects their thinking. 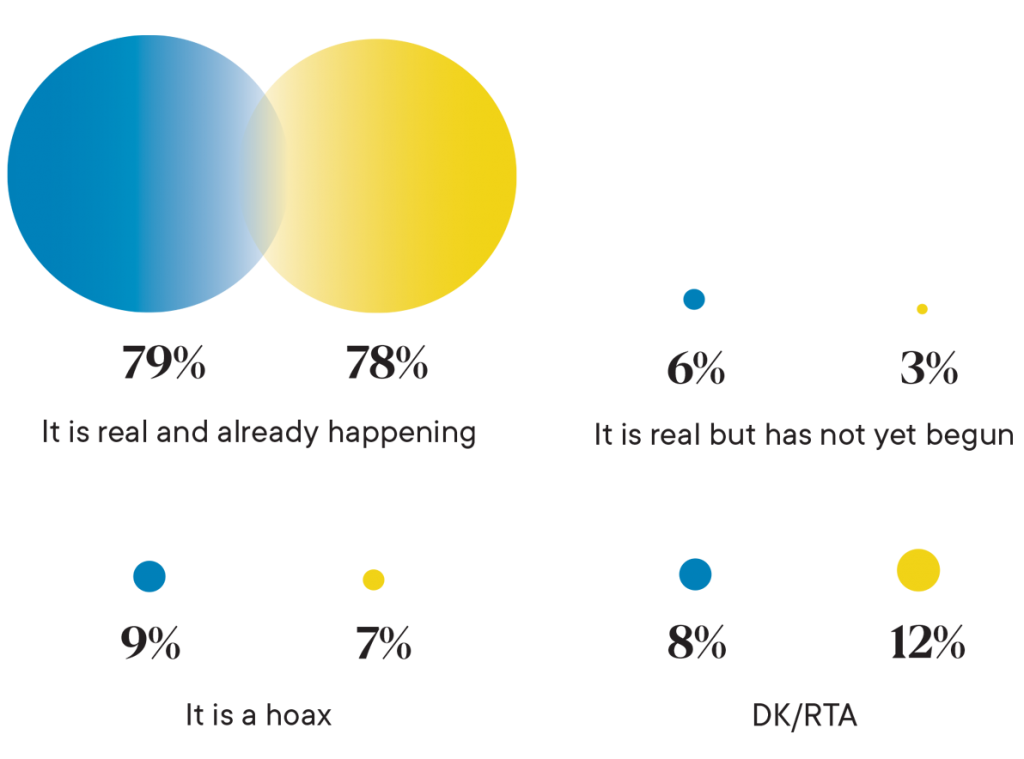 Percentages don’t always add to 100 due to rounding. | DK/RTA: Don’t know/Refused to answer 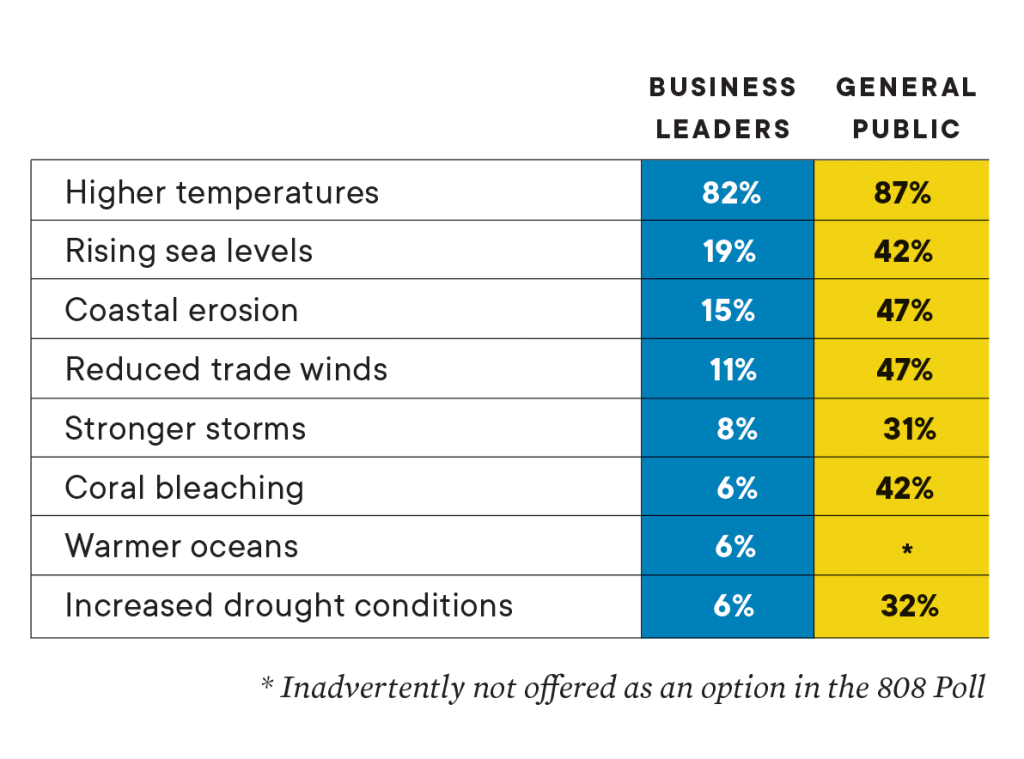 In both surveys, Neighbor Island respondents were more likely to notice increased drought conditions than those on O‘ahu: 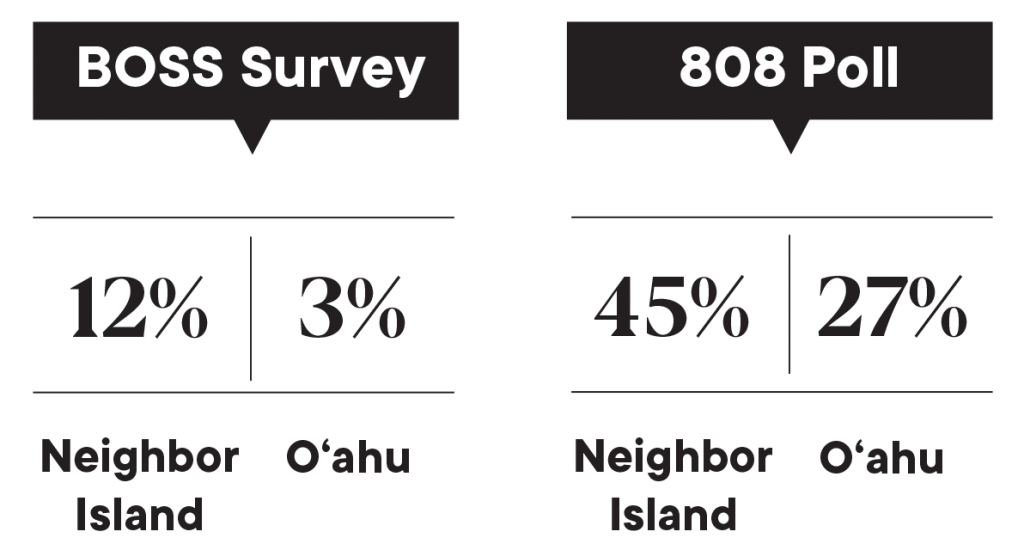 Among the General Public

Individuals in both surveys were then asked: What, if anything, are you personally doing to reduce climate change? They could choose as many examples as applied. 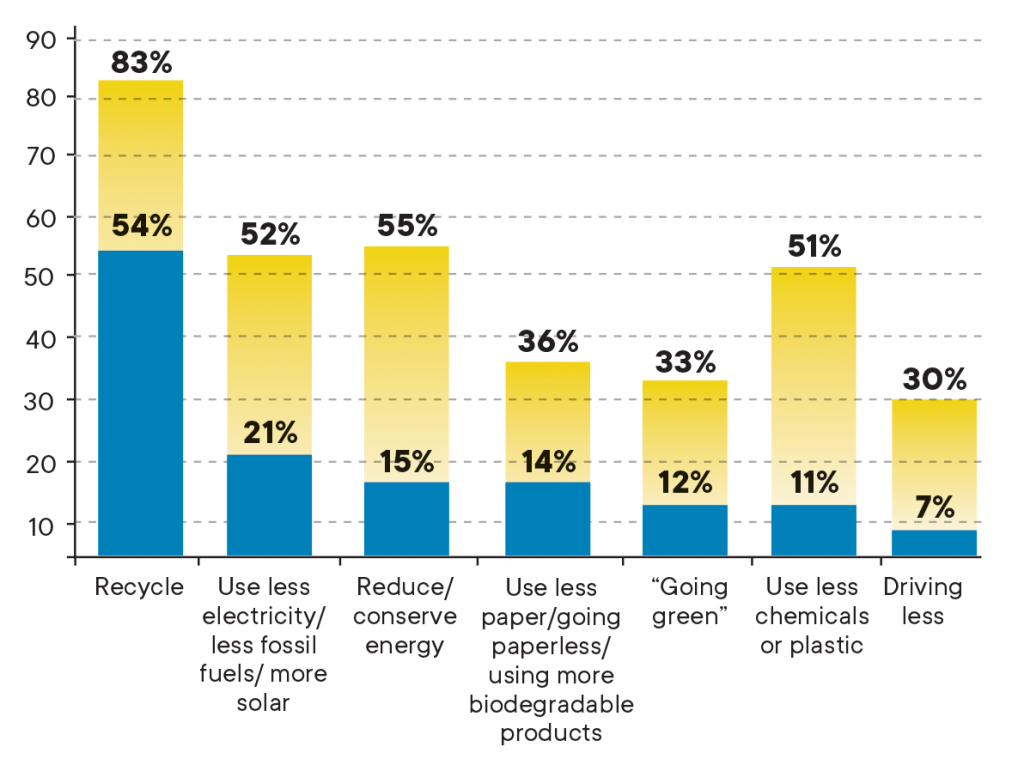 The Research Division of the Anthology Marketing Group conducted both surveys for Hawaii Business Magazine.