Welcome to Hawaii Business' sixth annual List of Hawaiʻi's Most Charitable Companies, the most comprehensive guide to organizational philanthropy in the Islands.

The annual overview of philanthropy shows record giving by organizations in the Islands.

The list features 94 corporations, companies and nonprofits, down from last year’s record 126 organizations. Though this year’s list of participants is 30 percent smaller, its total of $117 million in cash and in-kind donations made during fiscal 2016 is on par with the previous year’s total of $118 million.

The current strength of Hawaii’s economy is a huge factor in charitable giving, local philanthropic experts say. The state Department of Business, Economic Development and Tourism estimates the state’s gross domestic product grew a robust 4.9 percent in 2015 and 4.1 percent in 2016; real personal income grew by 3.9 and 2.2 percent, respectively, according to DBEDT estimates. Not surprisingly, when the GDP shrank during the Great Recession, which lasted from December 2007 until June 2009, local donations also dropped dramatically.

Another key metric on the list is the percentage of cash and in-kind giving that organizations provide, relative to their gross sales. In fiscal year 2016, that figure averaged 0.52 percent, compared to 0.30 percent the previous year. Admittedly, this measure is crude because organizations can vary drastically in size and sales, but it is still an indicator to watch.

As in past years, we took two important steps to ensure this metric did not skew high:

1. We excluded companies that did not provide total gross sales because we could not calculate the relative rate of giving.

“Hawaii is very generous,” says Micah Kane, the new CEO of Hawaii Community Foundation. “Even people with limited means are trying to make a difference.”

From our vantage point, this characteristic is palpable. Collectively, cash donations from employees working for organizations on the list totalled $3.6 million — an average of $83 per employee. These same people contributed 137,948 volunteer hours during nonbusiness time.

“We have some of the highest cost of living in the nation, but that doesn’t get in the way of people wanting to help,” Kane says. 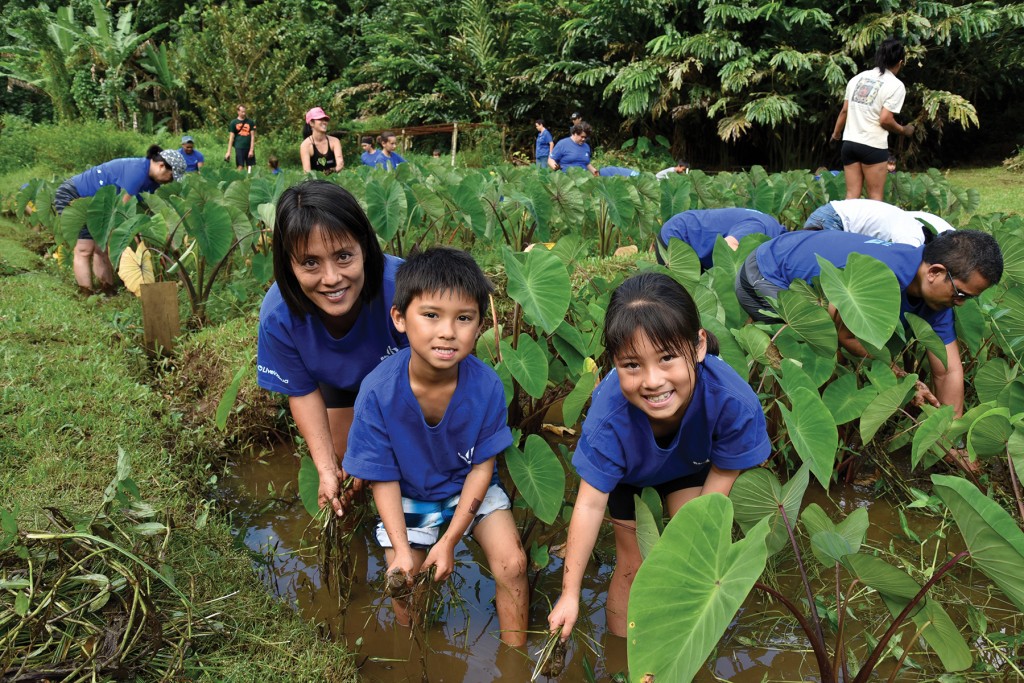 The bank’s employees are the key to its community engagement, says Donna Tanoue, president of the Bank of Hawaii Foundation. “The organized employee vision for what’s important in the community, with the bank’s resources, is a very powerful combo.”

A revolving employee committee guides the bank’s Live Kokua campaign, a combination of internal and external fundraising events and community service projects. The causes range from small local organizations such as Na Kama Kai to globally important events like the IUCN World Conservation Congress. In 2016 this campaign distributed $678,091 to 22 nonprofits, including Goodwill, the Institute for Human Services, Ohana Arts, Friends of Hawaii Robotics, Access Surf and the Honolulu Gay & Lesbian Cultural Foundation.

The bank’s staff also uses its expertise to address community issues such as homelessness, the education of at-risk youth, income disparity and financial literacy. 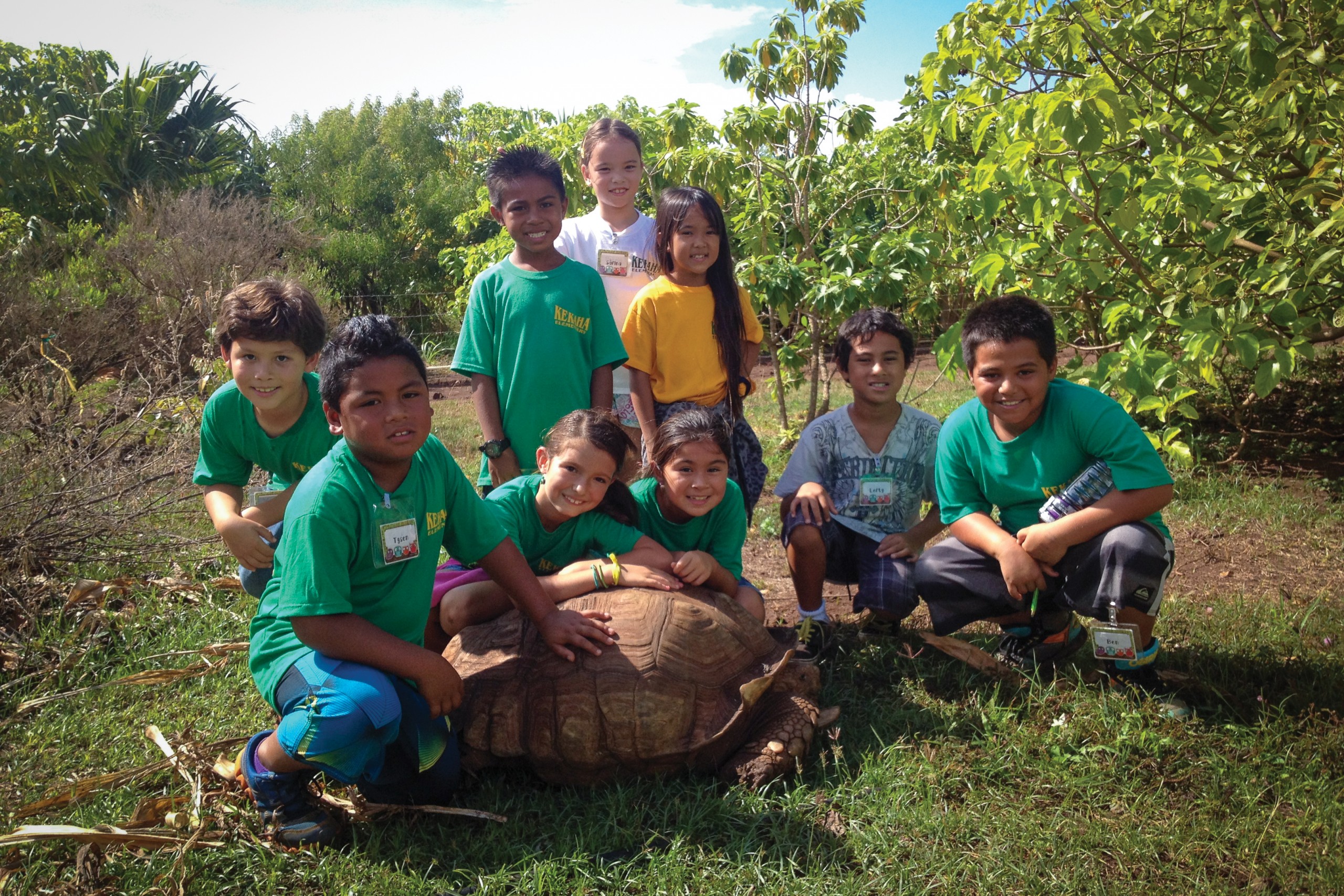 The company shows its commitment to Kauai through a variety of charitable actions. For instance, when employees volunteer 25 hours or more to a nonprofit of their choice, Grove Farm donates $500 to the same organization. The company also opens the conference rooms at its Lihue offices to nonprofits to host meetings and events. Among the many organizations that take advantage of the free rooms is Big Brothers Big Sisters. Grove Farm simply requests a small donation of nonperishable food; these donations go to organizations such as St. Raphael Church and the Department of Veterans Affairs for distribution to those in need.

This law firm builds relationships within the communities it serves and encourages attorneys to volunteer with community organizations. “We prefer to build relationships rather than merely write checks.… For the firm, it strengthens our ties to the community and its leaders, creating connections with people who are really making a difference,” says Ron Heller, director and treasurer.

Torkildson has long supported organizations such as Boy Scouts of America,
UH Hilo Boosters, the Institute for Human Services, the Hawaii Tax Foundation, the Honolulu Museum of Contemporary Art and the Blood Bank of Hawaii.

“We are open to new things, but we want to stress long-term commitments and ongoing relationships.… We are proud of these long-term connections to organizations that provide important services in Hawaii,” Heller says.

The will of Princess Bernice Pauahi Bishop continues to guide the educational trust’s giving in the community, says KS spokesman Kevin Imanaka. “We continue to work with select community-based organizations, programs and institutions to increase and enrich educational ecosystems throughout the state and support culturally grounded programs and initiatives that improve the well-being of Native Hawaiians.”

The philanthropic arm of Enterprise Holdings (which operates Enterprise, Alamo and National car rental companies in the Islands) is making its fourth consecutive appearance on the list. The foundation says it was created to fulfill a core company value: “strengthening our communities one neighborhood at a time.”

Highlighting its 2016 charitable actions in Hawaii were a $50,000 donation to support the 75th anniversary commemoration of the attack on Pearl Harbor and the establishment of a statewide Community Involvement Committee. The committee will focus on disease prevention and awareness, community outreach, sustainability and military appreciation. 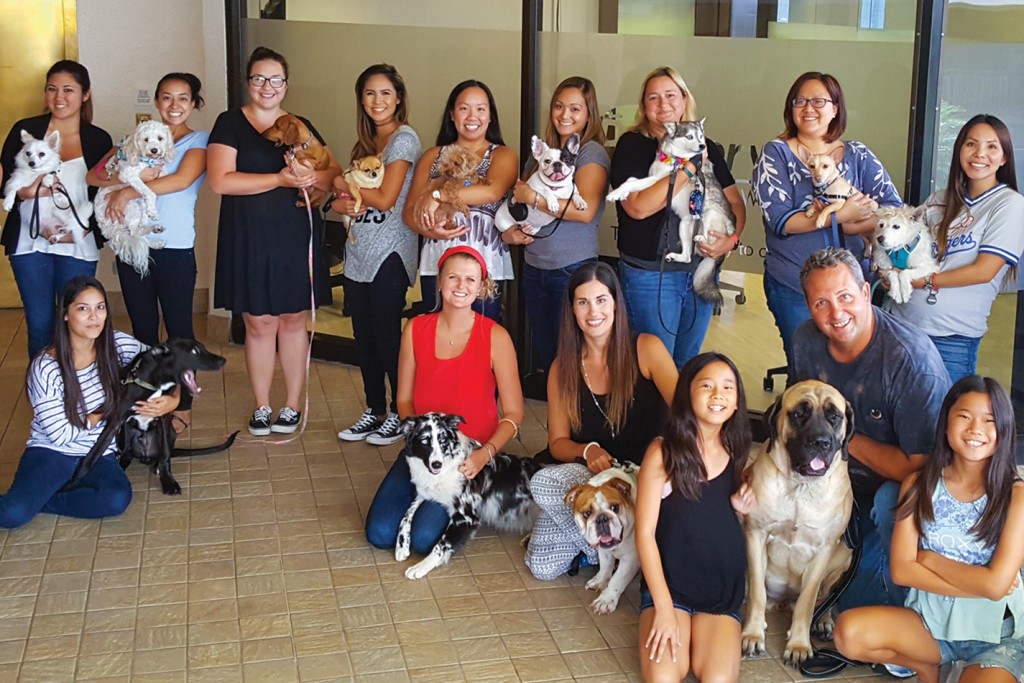 The ethos of the Oahu-based HR company is “empowering employers to succeed in Hawaii, and this flows over into our support of organizations helping the community through their work,” says Trisha Nomura, the chief people officer.

An internal philanthropy committee guides the company’s charitable actions. In 2016 the committee created a continuous giving program with Aloha United Way that encourages employees to enroll online and allocate regular donations from their pay. Nomura calls it the first such program in Hawaii and says 52 percent of employees enrolled at its launch. 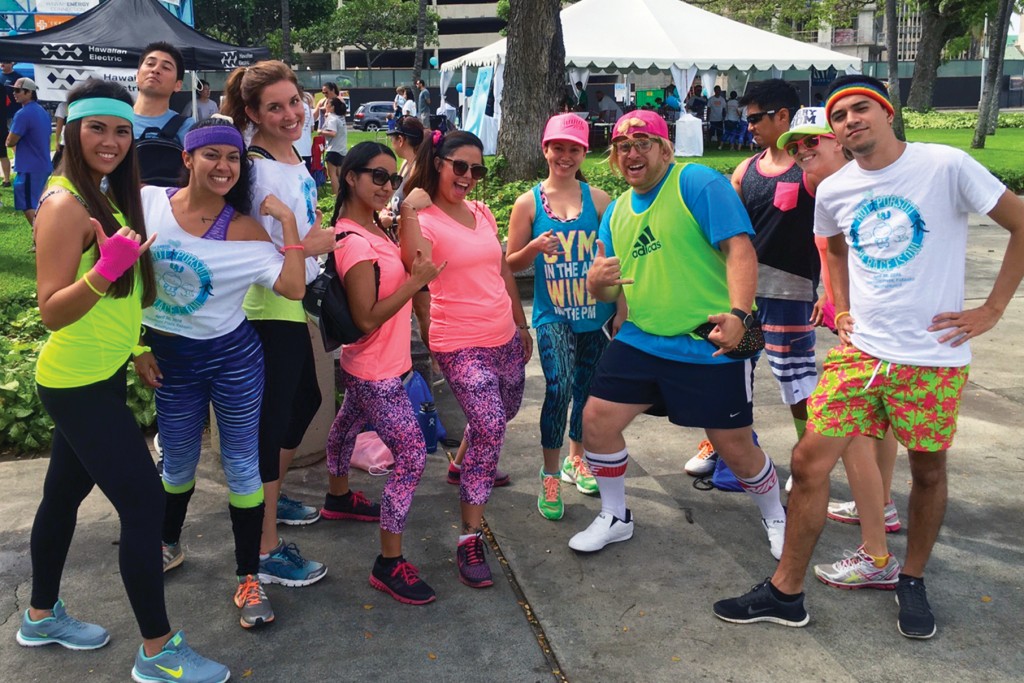 Hawaii’s Most Charitable Companies is a unique list that sheds light on philanthropic giving by companies, nonprofits and their employees.

Assembling the list is part science, part art. Hawaii Business sends the annual survey to hundreds of local organizations. We rely on them to report sensitive information, such as gross sales and the cash they donated to charities. For this year’s list, the participants provided financials for calendar or fiscal year 2016.

We welcome data from all organizations, big and small. However, many organizations decline to participate because they don’t want to disclose confidential data or possibly, in typical Hawaii fashion, because they are too modest to report their good deeds.

Sometimes companies want to participate but can’t because of inadequate record keeping.  Also, tracking metrics such as employee volunteer hours can be challenging.

Each year, we ask companies to report five types of donations:

Hawaii’s Most Charitable Companies lists nonprofits and for-profit organizations under one roof, which we know can be a disparate comparison, particularly because some entities exist to give, while others exist to produce a profit.

Even with these limitations, the local philanthropic community says the list of Hawaii’s Most Charitable Companies has a critical purpose because it creates transparency, recognizes altruism and inspires organizations to expand their philanthropy.

Thank You
We thank all of the participating organizations for their philanthropic efforts to boost our Aloha State.

Does your company belong on the list?
If you want to submit information for next year’s list, send an email now to Feedback@hawaiibusiness.com