There are major differences between the Hawaii Prepaid Health Care Act and the national legislation signed into law by President Obama in March.

For example, Hawaii’s law includes coverage for dependents through age 24 if they are in school. The federal law allows coverage through age 25, whether the person is in school or not. That federal rule will apply in Hawaii starting in September, though some local companies will offer the benefit earlier.

This page shows rules included in the national law but not in Hawaii’s law. The facing page compares, side-by-side, similar provisions in both laws. 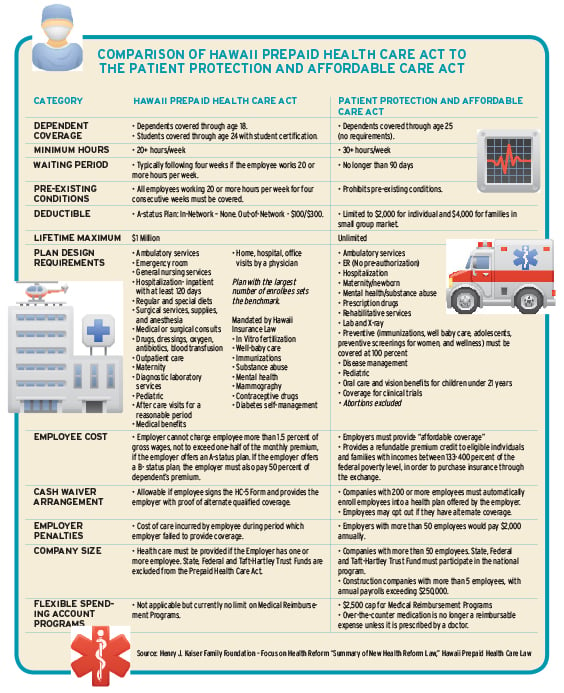 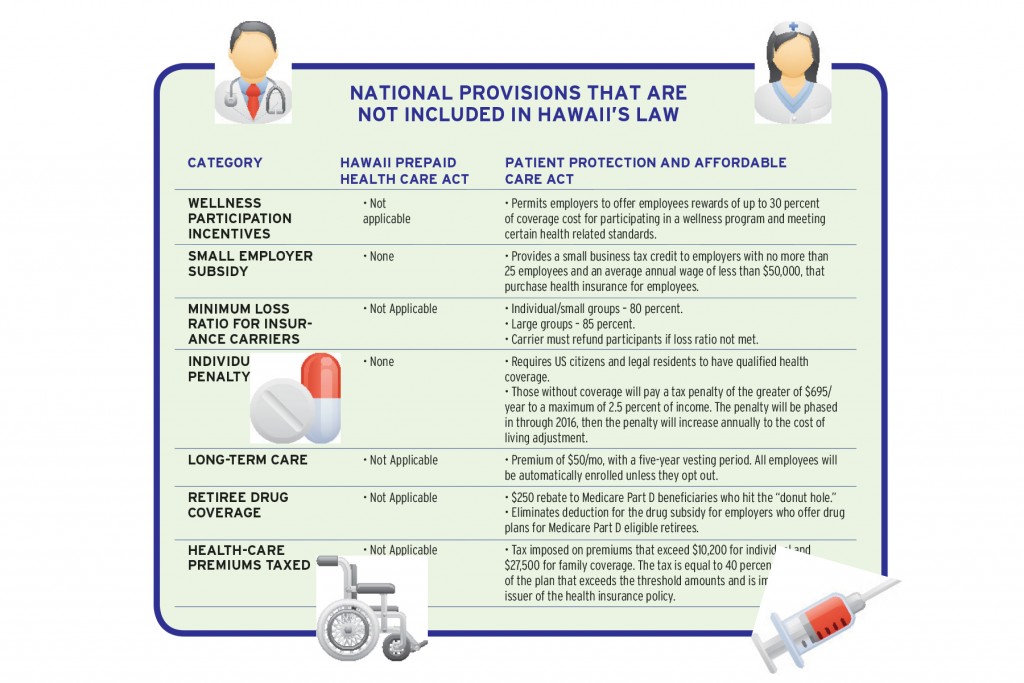