His Business is Ruff

PoochFit founder gets paid to run with dogs

When Dustin Metzler shows up for a client meeting, it’s pandemonium – the clients are jumping with excitement, crowding each other to get close to him, even licking his knees.

It’s all in a day’s work for the founder of PoochFit, a dog-running business on Maui that has Metzler hitting the road for up to 14 miles per day with his canine clients. For $22 (plus $10 for a second dog in the same household), Metzler will drive to your house and take your dog for a 20- to 30-minute run, with breaks for water and the occasional poop.

Metzler was 33 and training for his first marathon when he got the idea for PoochFit, after noticing many bored dogs cooped up in backyards of the neighborhoods where he ran. Within six months, he was able to leave his former job in the restaurant industry and, two years later, with some 40 canine clients, he’s more than doubled his former salary.

Now, he’s launching a guidebook and consulting service to help others start their own dog-running businesses. 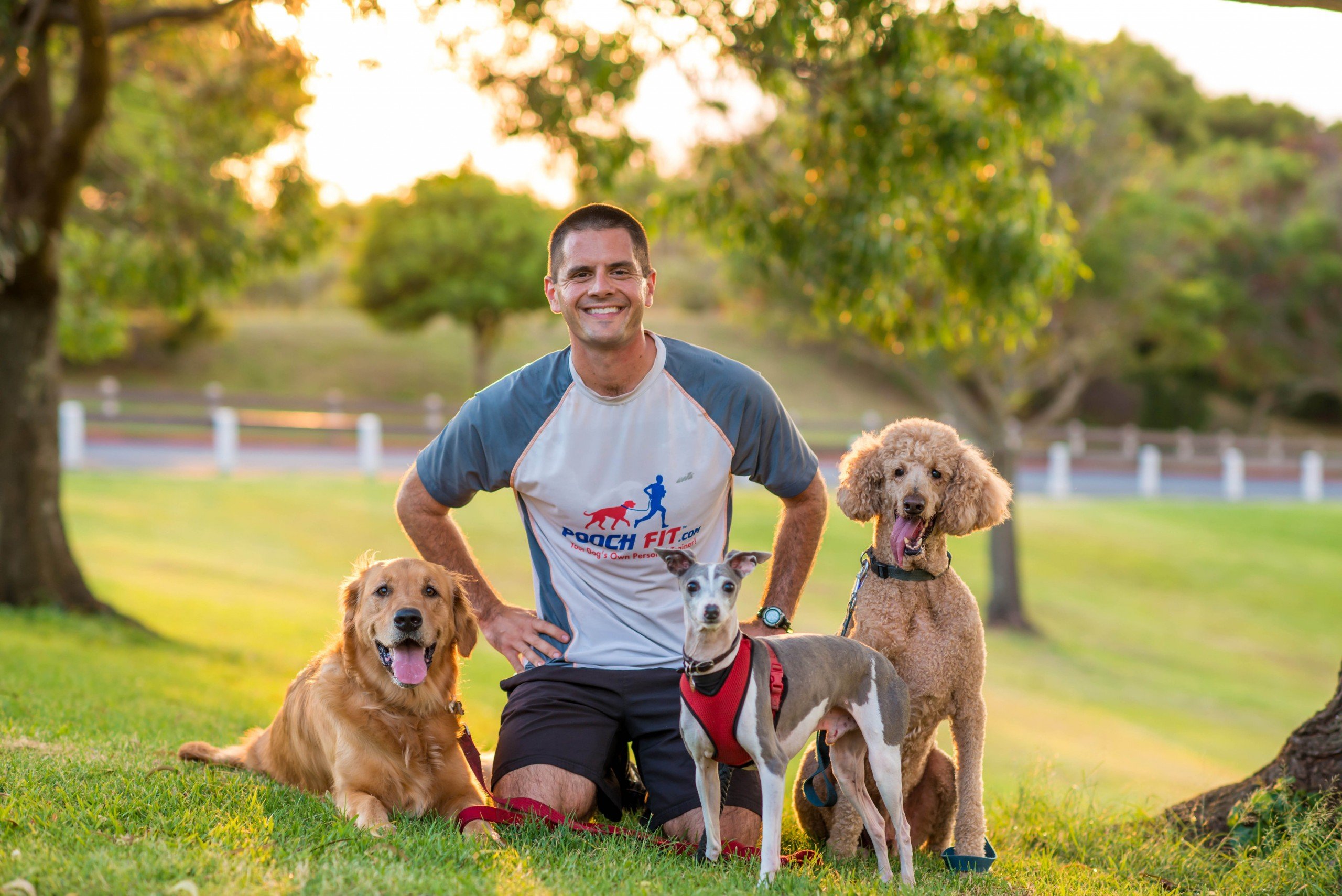 Metzler read about dogs, took obedience classes and volunteered to run with dogs at a local animal shelter before starting his business. The experience not only improved his dog-handling skills, but connected him with fellow dog lovers.

“I became a part of a community,” he says, “and it not only helped me network for business, but it inspired me to keep learning and keep believing in myself.”

One of the people he met was Lisa Giesick, a professional dog trainer who was unable to run herself, but had a frisky little terrier who needed more exercise.

“I thought it was a great idea,” Giesick says. “My dog Steve was his first client.”

She says Metzler’s runs are just about the right amount of exercise time for most dogs. Giesick has gone on to refer several of her dog-training clients to PoochFit, especially people who are elderly or disabled.

Since then, an injury has sidelined Steve, but Metzler still runs her other dogs once a week. She has a Doberman who loves it and an Airedale who “doesn’t love to run, but needs it.”

“His favorite thing is watching TV, so he’s kind of a couch potato,” she says. “Dogs are a lot like people. Some of us are more physically inclined than others.”