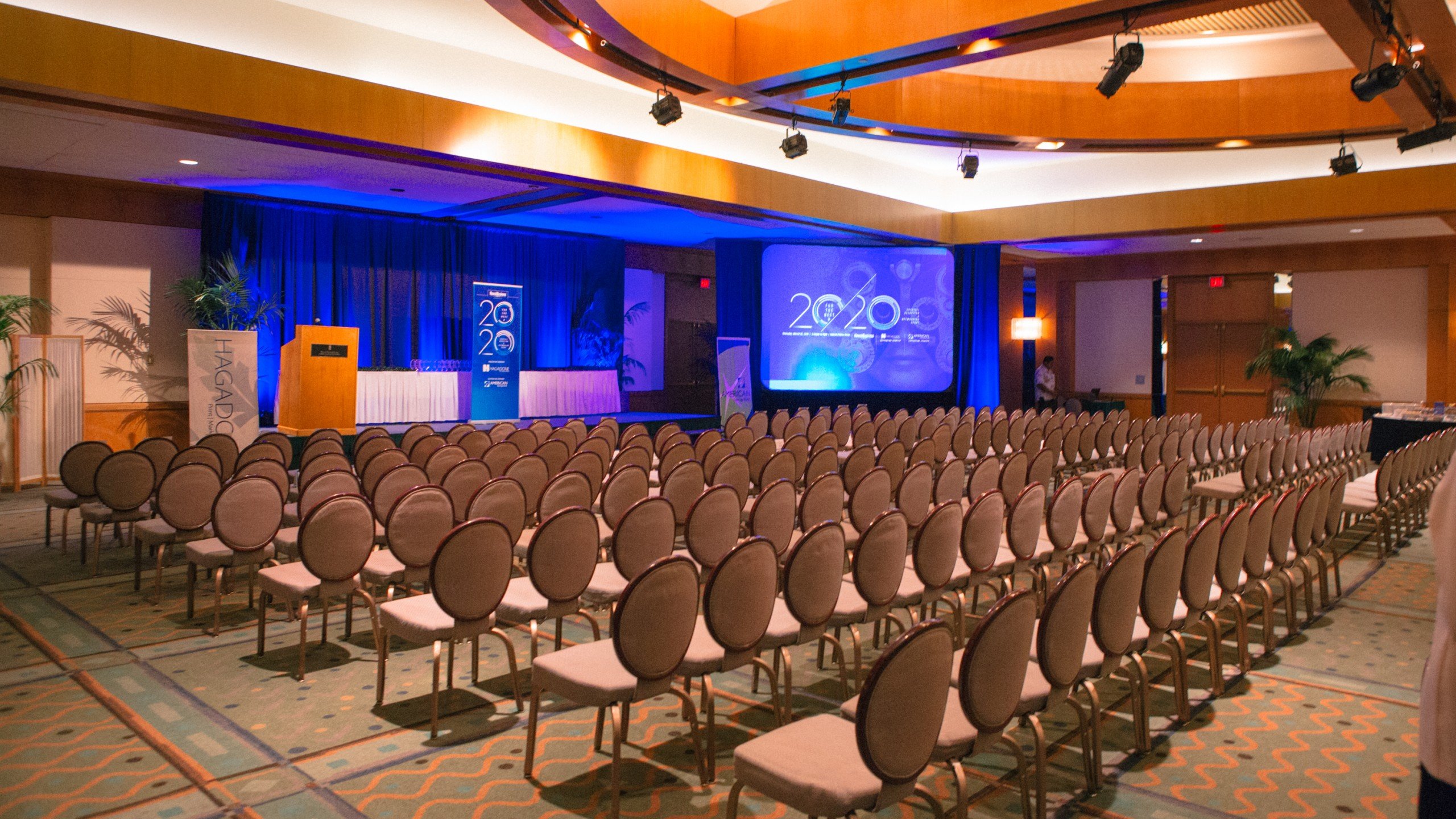 It was hard to tell who was more honored to be at the Hawaii Prince Hotel for the “20 For the Next 20,” the 18 honorees or audience. There was a buzz in the air that night. It left all of those that attended the event inspired and hopeful for the coming two decades in Hawaii. The talent and diverse skill set of this year’s 20 For the Next 20 class was celebrated with enthusiasm and optimism by the approximately 250 people in attendance. 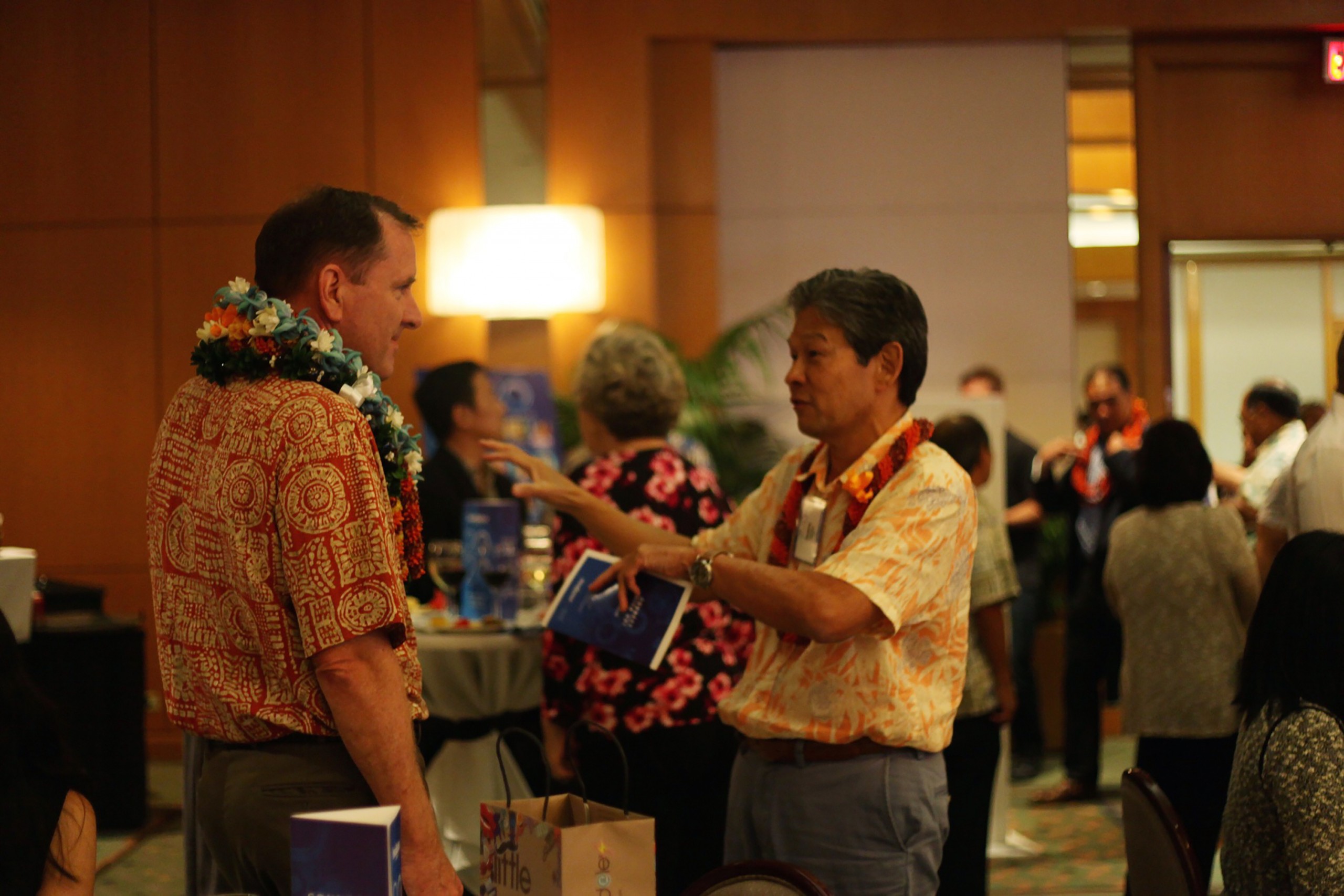 Bill Kearns, director of defense programs for Oceanit, and Duane Kurisu talk story during the cocktail hour of 20 For the Next 20. Photo: Michelle Sembrano

There were numerous “chicken-skin” moments of the evening, like watching Bill Kearns’ family smiling from ear-to-ear with pride in every photo. Or, seeing the governor grinning like a proud papa as Scott Morishege, the governor’s coordinator on homelessness, walked on stage to accept his 20 For the Next 20 award. It was also really cool to see honorees from the neighbor islands like The Kohala Institute Executive Director Noelani Kalipi and Kauai County Director of Planning Mike Dahilig make the trip to Oahu for this event. 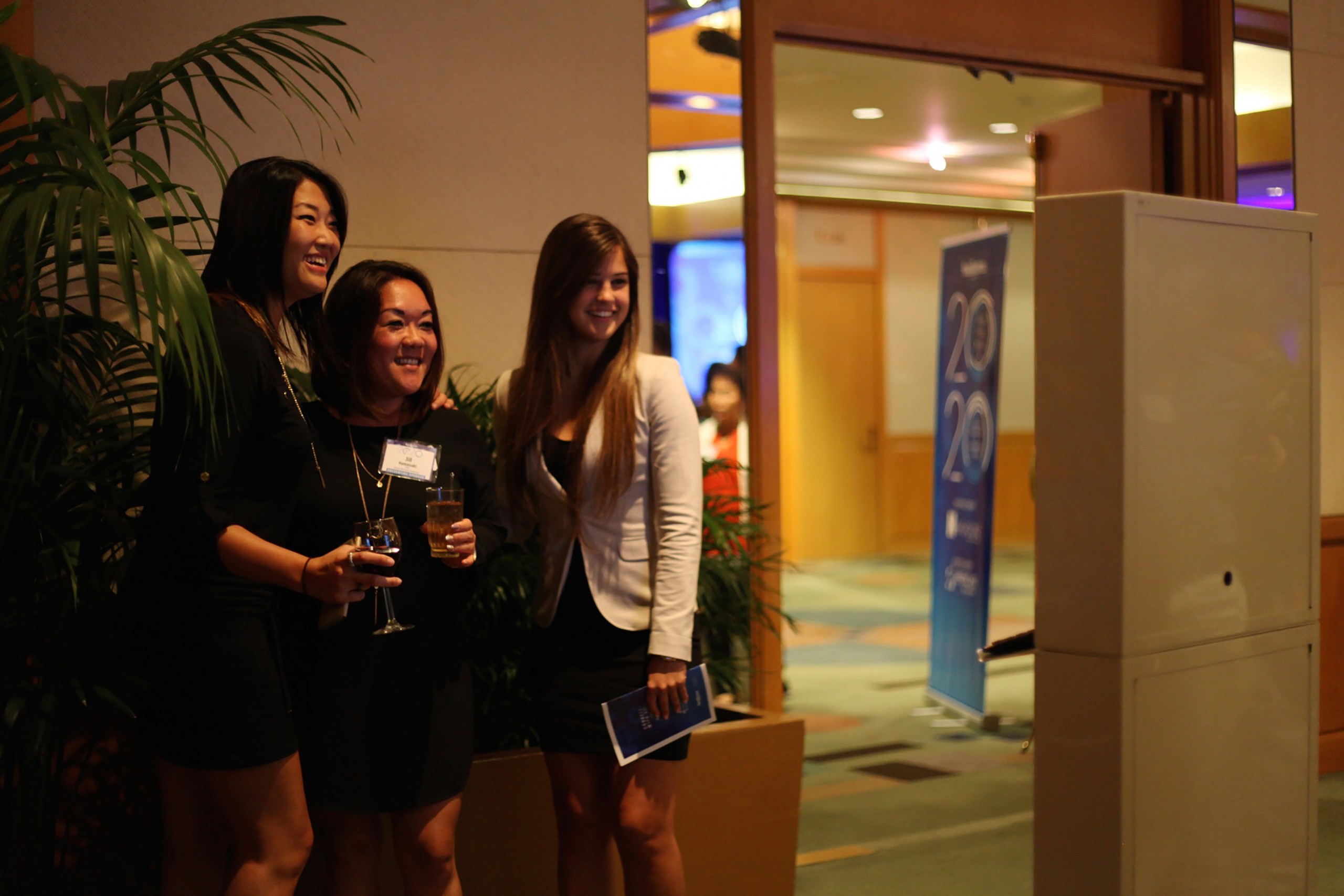 Under the hashtag of #HB20For20, well-wishers and supporters took pictures and uploaded posts of the celebration. In addition to the increased social media posts, another modern trend was the emphasis on aloha aina (love the land) by some of the 20 For the Next 20. Sierra Club Executive Director Marti Townsend was one of the honorees and sees a necessary focus on environmentalism by leadership in Hawaii. 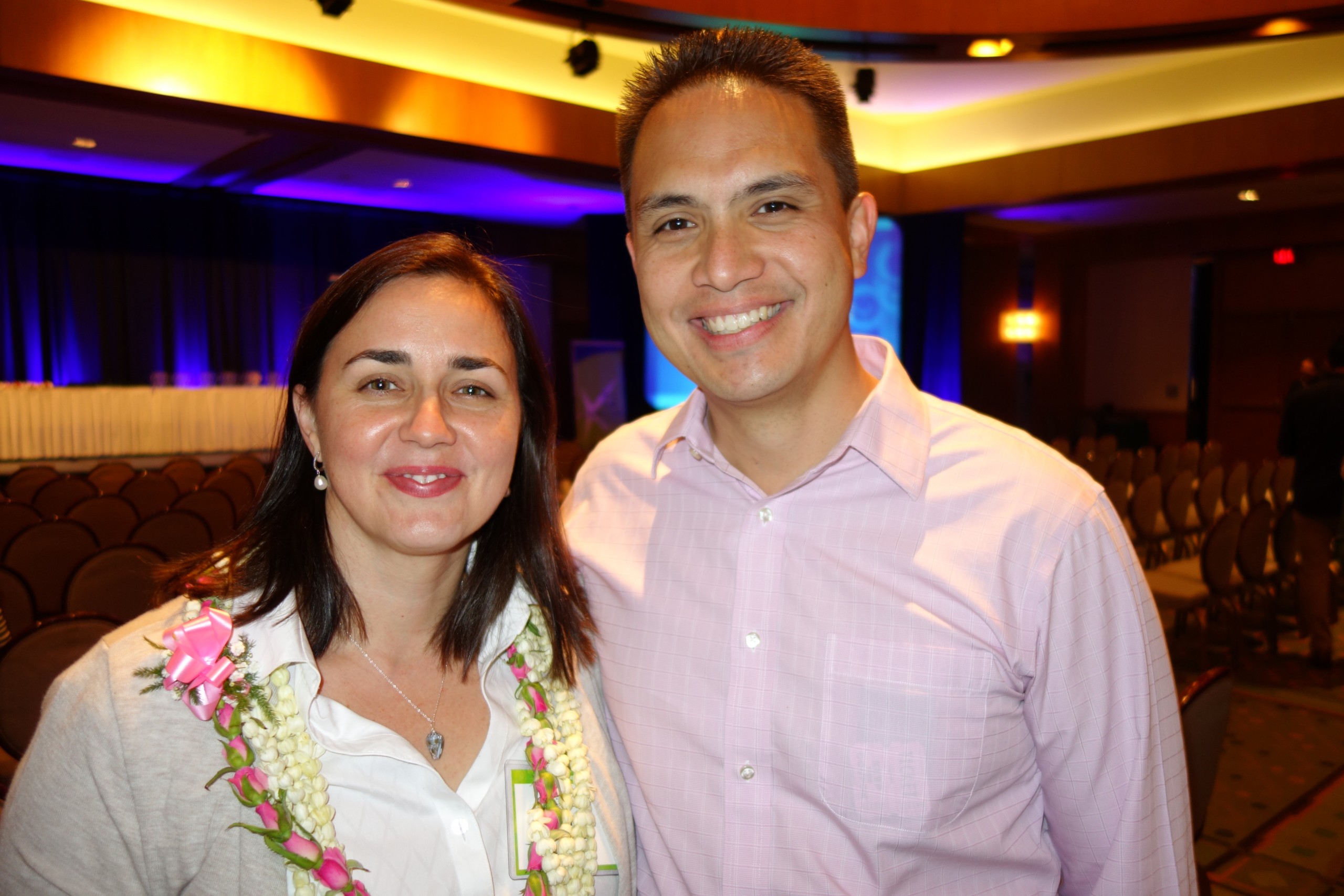 Sierra Club Executive Director, Marti Townsend was one of the 20 For the Next 20 honorees and brought her husband, Ikaika Hussey, for a celebratory date night. Photo: Daniel Ikaika Ito

“The world is changing and if we aren’t able to take care of ourselves it’s going to be a really dire future,” explained Townsend. “The more sustainable we are the more self-reliant we are the better future we leave for our children.”

Townsend’s husband wasn’t the only spouse excited to see the “apple of their eye” accept their induction into the 20 For the Next 20. Colliers International Hawaii Senior Vice President Bill Froelich was honored to be in the company of so many prestigious leaders in Hawaii, and he was also pleasantly surprised by his wife earlier in the day before the event. 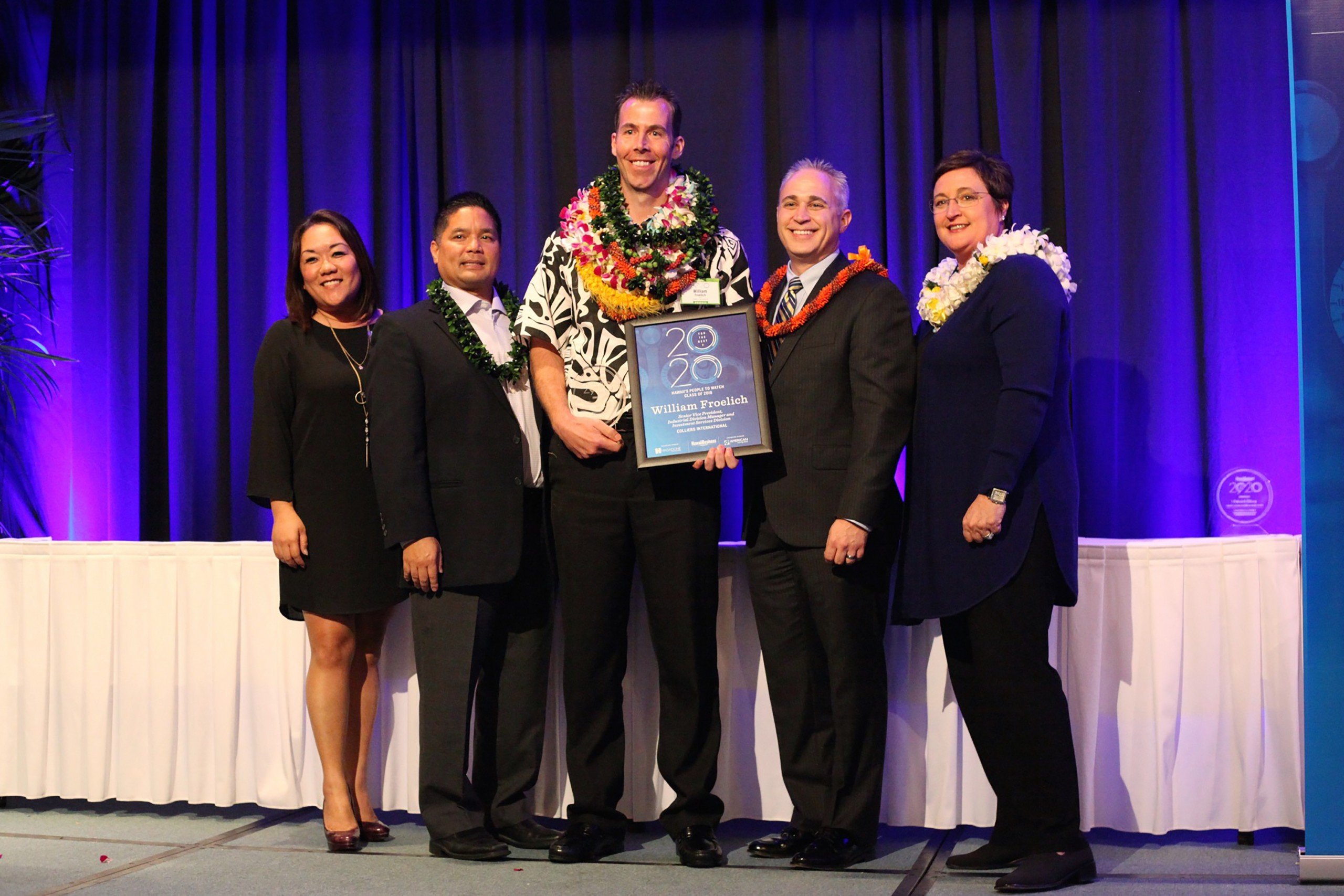 “It was an honor and just a phenomenal experience just to be around people that are so great and to be honored in a community like this that has so much talent is to be tremendously blessed,” said Froelich. “My wife is an amazing and wonderful person and she should probably be an honoree here, but she did the ‘Vote For Pedro’ shirt [from ‘Napoleon Dynamite’] and crossed out Pedro, put my name, got my coworkers in on it and it was a wonderful surprise.” 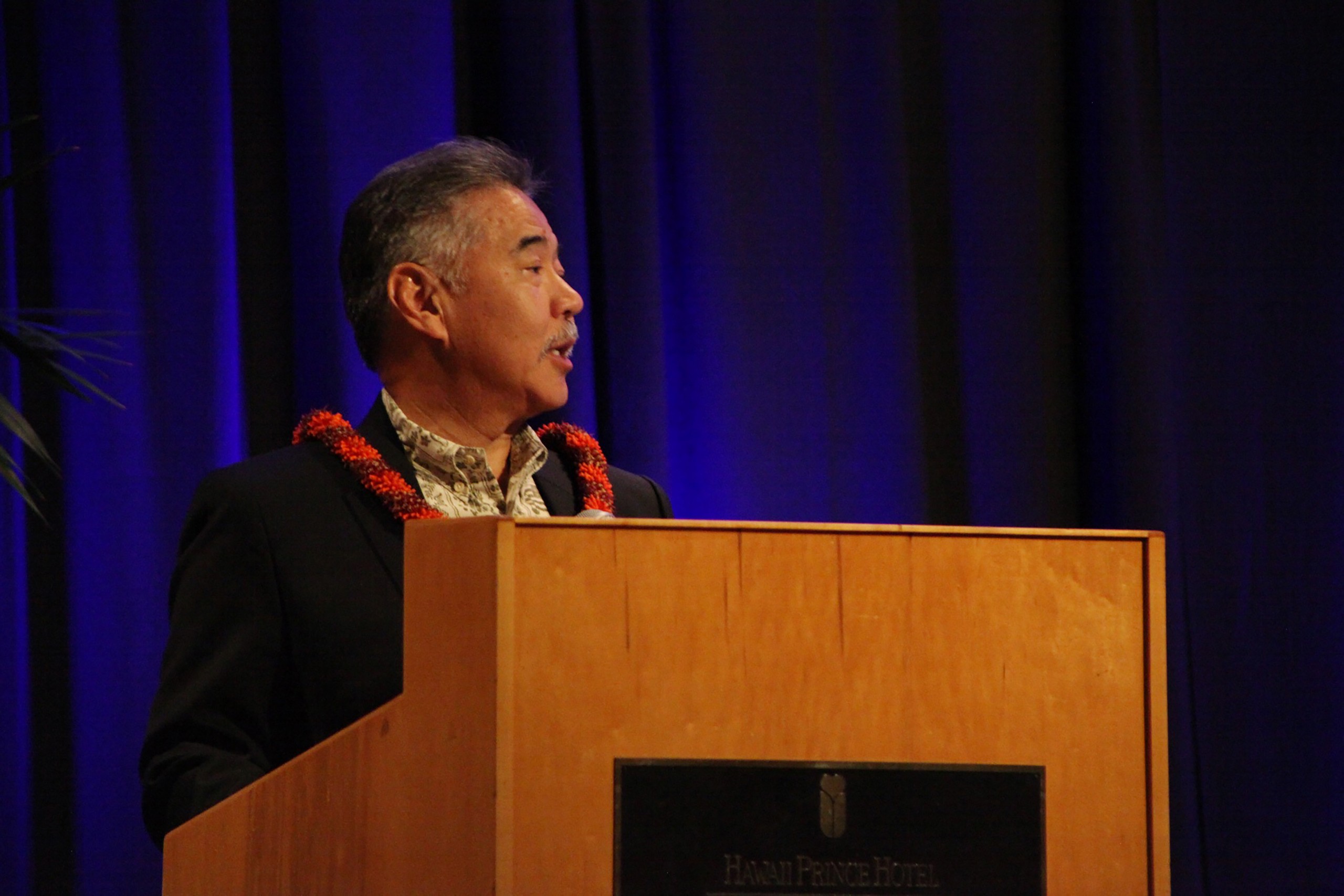 Much like Froelich, Gov. David Ige was also in awe of the latest 20 For the Next 20 class. The governor came to the event to honor his coordinator on homelessness, Scott Morishege, but was thrilled by the entire group of leaders that night.

“I’m extremely proud of Scott and I’m so excited that he is recognized in this way; he is definitely making a difference everyday,” said Gov. Ige. “I just think that the entire [20 For the Next 20] is a fantastic group of young people. I’m so excited to see them here and being able to recognize all that they do.” 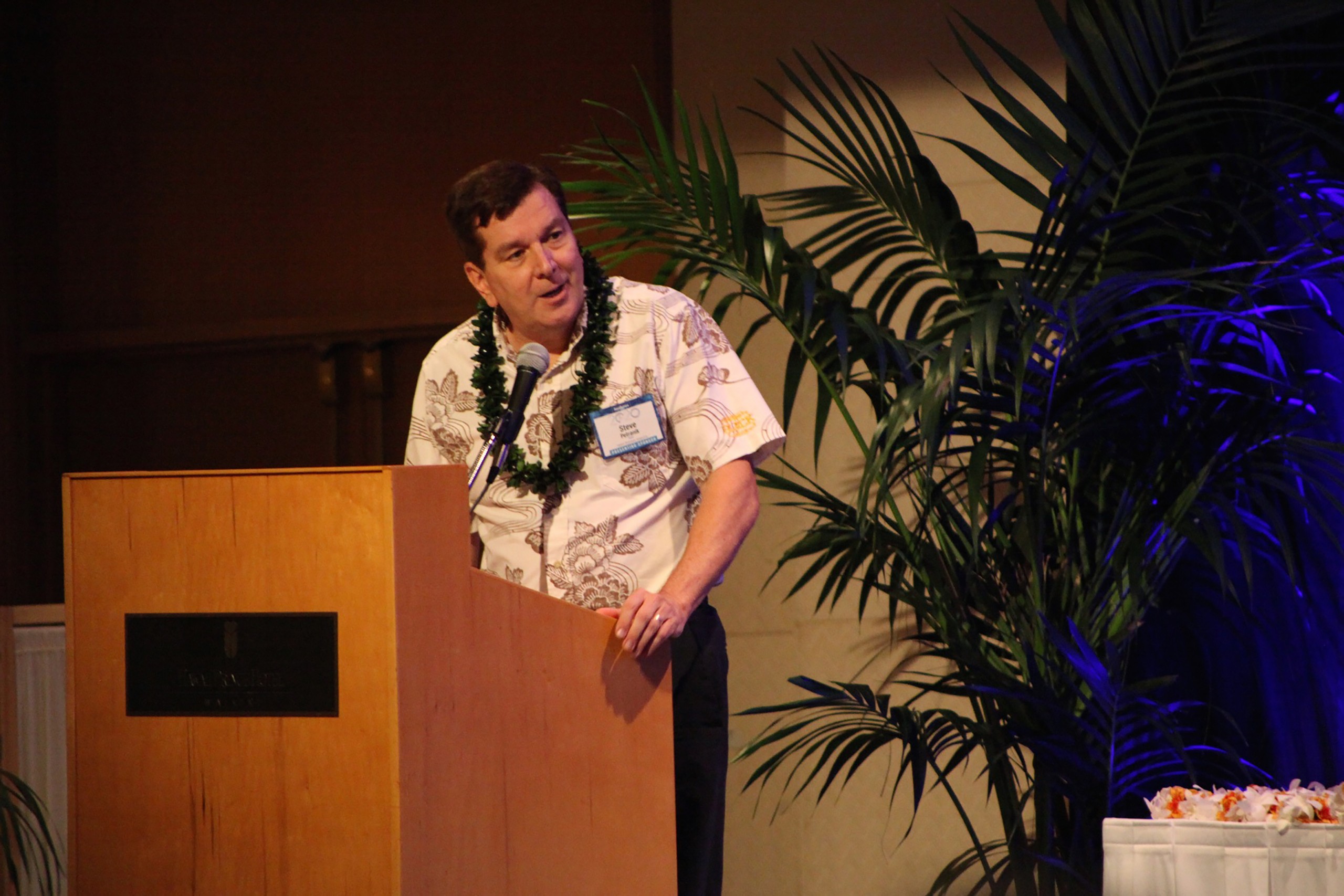 Our editor, Steve Petranik, is an amazing leader of the editorial department and a great emcee for signature events like “20 For the Next 20.” Photo: Michelle Sembrano

Hawaii Business magazine editor, Steve Petranik, was the emceee of the evening, and although he has been the master of ceremony for The Next 20 For 20 before that didn’t stop him from getting a little choked-up when congratulating all of the honorees. It was that kind of special night though. The kind of event that makes you appreciative of how Hawaii residents rally for one another and all want the best for the 50th State as a whole. 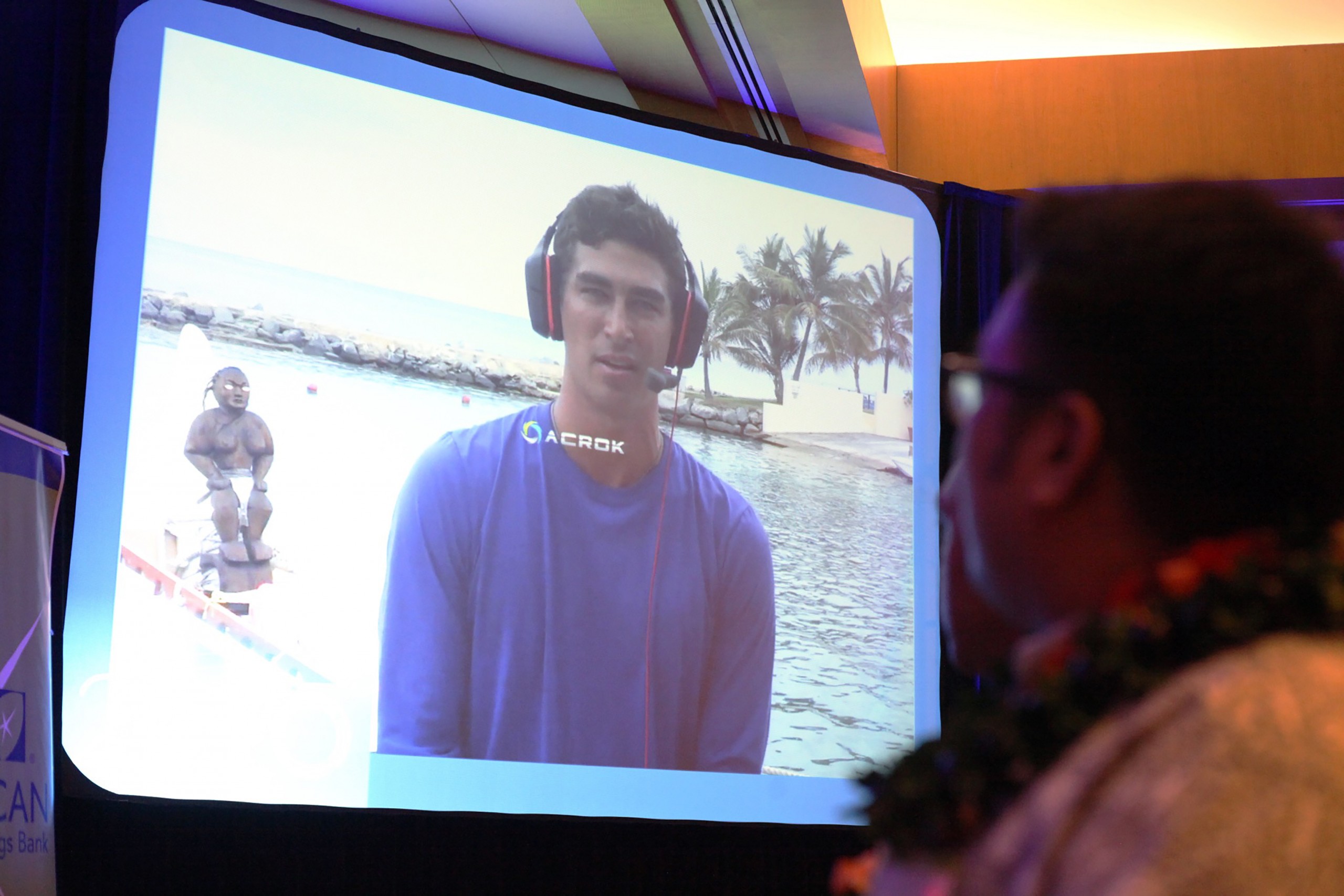 Apprentice navigator and 20 For the Next 20 honoree, Austin Kino, could not attend the event because he was onboard Hokulea. The traditional Hawaiian voyaging canoe was docked in the British Virgin Islands so Kino shot a heart-felt mahalo-gram while in port. 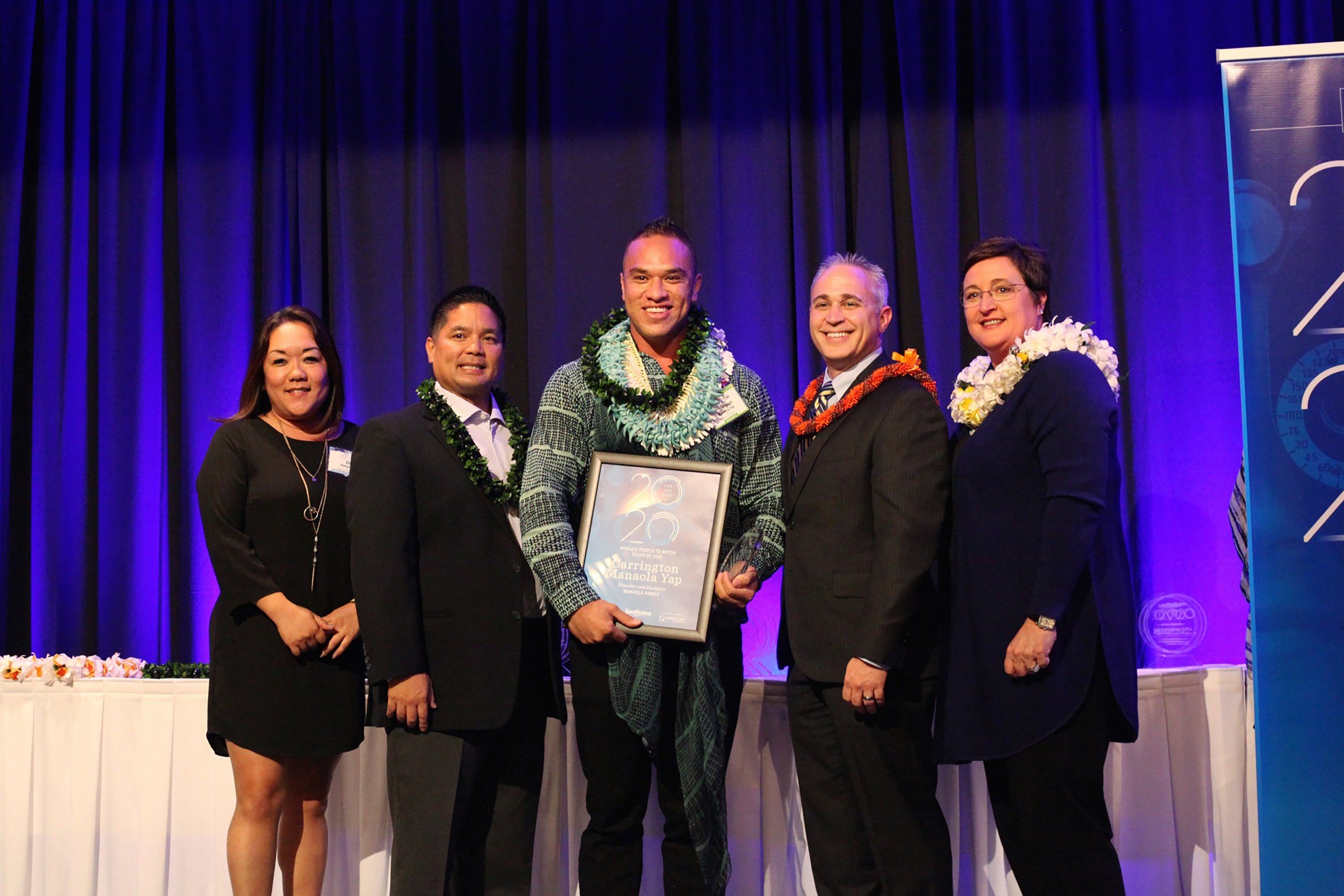 Carrington Manaola Yap in the middle of being honored as one of the 20 For the Next 20. Photo: Michelle Sembrano

When Kohala’s Carrington Manaolo Yap was asked if he ever could have ever imagined being recognized as an emerging leader in Hawaii, the fashion designer and founder of Manaola Hawaii humbly replies “no.” But, as an offspring of the legendary Hawaiian music and hula family, the Lim ohana, the 29-year-old Native Hawaiian knew he would eventually inherit the kuleana (responsibility) to be a respected leader in Hawaii.

“It’s definitely a heavy [responsibility], but it’s supported by my ohana […] it’s exciting and prestigious to have this opportunity to carry Hawaii through fashion and pop culture into the next level,” said Yap. “I never really imagined this moment and I never thought my path would go this way and it’s kind of exciting I knew being in a family with parents that were such influential people in the community, music, dance and all of that I knew I was going to have to fill those shoes in some way and fashion was the avenue that I took and I’m so excited to continue on in that way.” 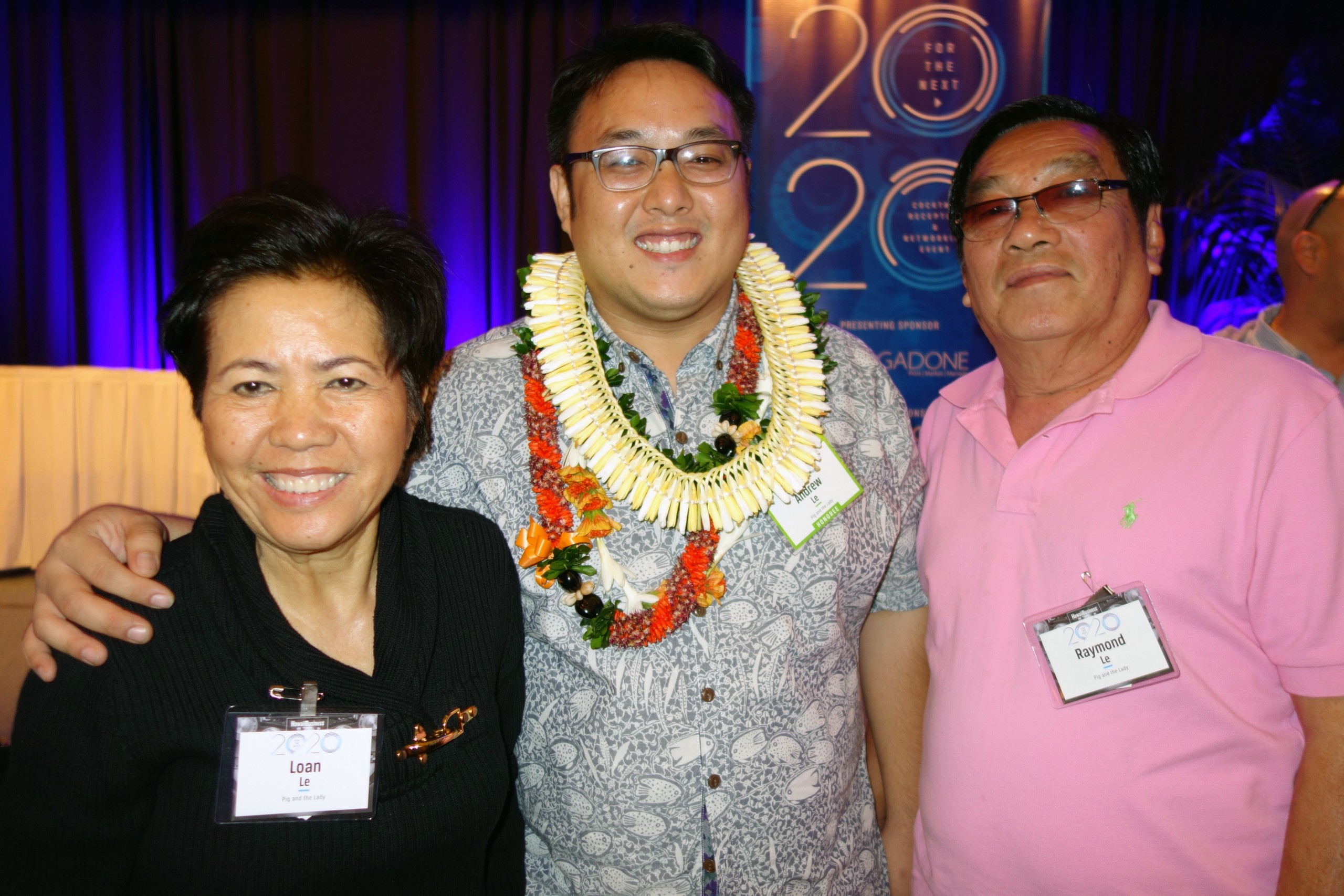 Chef and 2016 honoree, Andrew Le poses with his parents after the ceremony. Photo: Daniel Ikaika Ito

In the same vein of humility, Chef Andrew Le of the Pig and the Lady, also never imagined he would be honored as one of the 20 For the Next 20, but the 32-year-old is at the forefront of Hawaii’s culinary arts. After the event Le was one of the celebrities of the night and numerous honorees and guests lined up to shake the chef’s hand and tell him how much they love his creative interpretation of traditional Vietnamese cuisine.

“I didn’t even realize I was being recognized as a culinary leader, seriously,” laughed Le. “[20 For the Next 20] is validation for all of the hard work, the personal investment into each other and it goes to show that together we can do great things.” 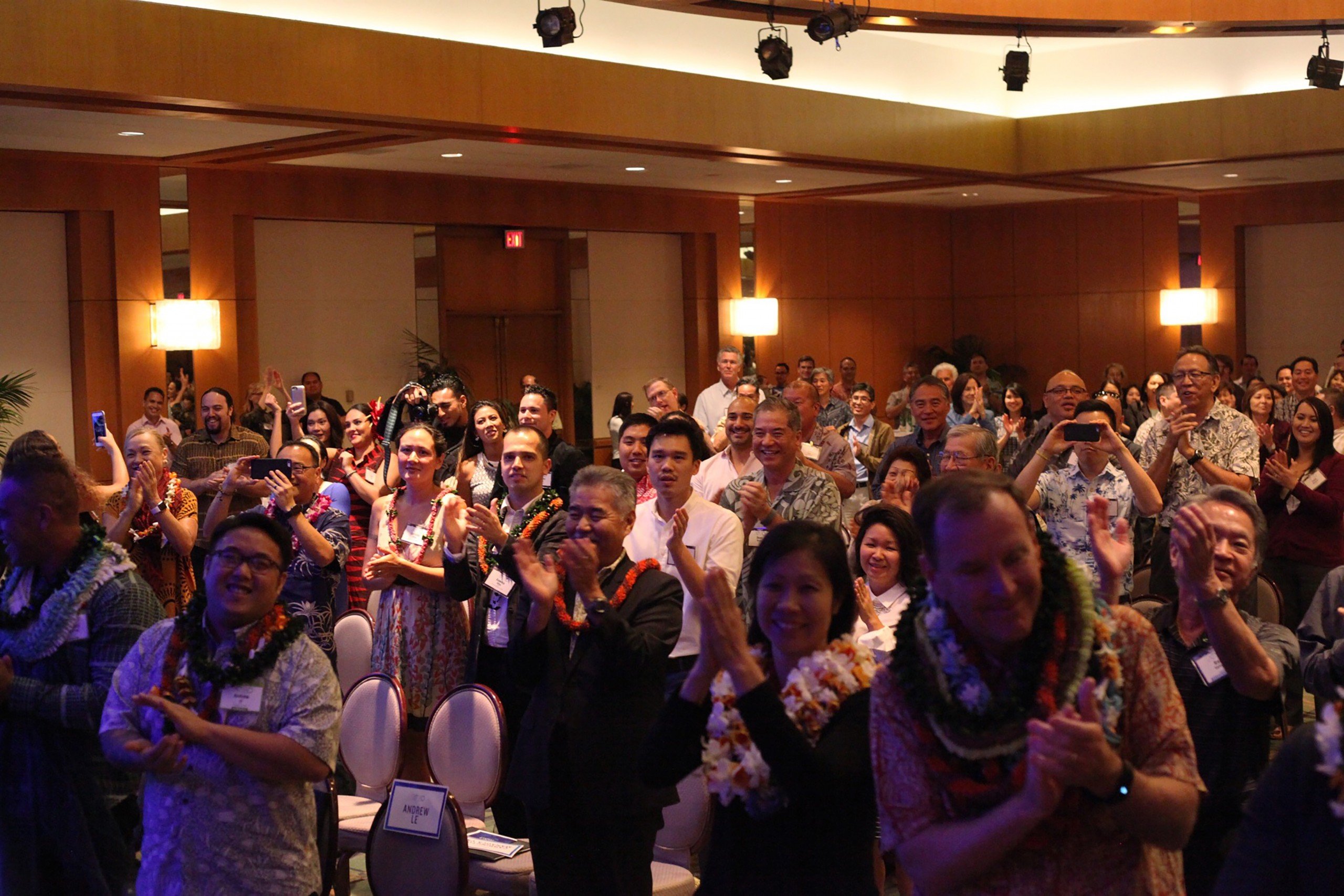 Standing room (and ovation) only at this year’s 20 For the Next 20. Photo: Michelle Sembrano 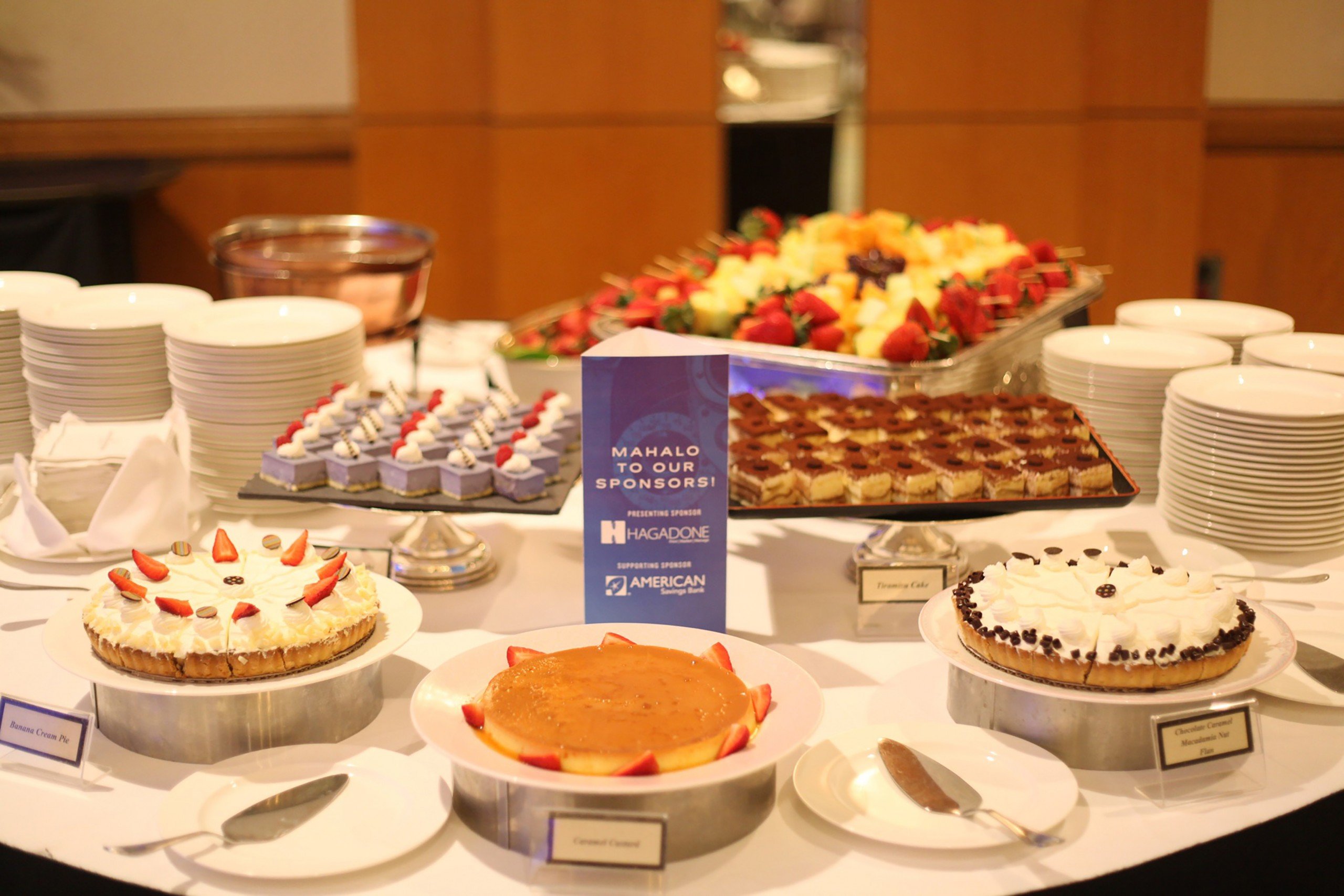 Mahalo to title sponsor Hagadone Printing Company and supporting sponsor American Savings Bank for helping us celebrate the 20 For the Next 20 class of 2016! Photo: Michelle Sembrano