Is it Really Green?

Often the best answer is not yes or no, but try a Third Way

The great frustration of trying to live sustainably is the false dilemma —being asked to decide whether to do this or that, when in fact there are other alternatives.

When asked which of two options is greener, the best answer might be: What are the other options?

The classic false dilemma of the environmental movement is the supermarket option: Paper or plastic? The best answer is neither. Better choices are to bring your own fabric shopping bag, or go the Costco route and re-use a store cardboard box.

The best choice may be, in the language of environmental  studies, the “no action alternative.” If the question is whether to take the car or the bus to the mall, a third way is to combine tasks on tomorrow’s trip, and don’t take today’s trip at all, or walk.

In the towering battle over rail transit in Honolulu, assertions of energy efficiency are all over the map.

“Rail is more energy-efficient than single-occupant cars and trucks, consuming 37 percent less energy per passenger mile, according to the U.S. Department of Energy,” says www.honolulutransit.org.

“The projected Honolulu rail line will use more energy per passenger mile than a regular automobile with its 1.15 average passenger load,” says honolulutraffic.com.

Can both of these statements be true? Sure, as long as nobody’s comparing apples with apples.

“If you were to take everyone, put them in a Prius and require the Prius to have four people in it whenever it operates, then it would be more energy efficient than rail transit,” said Lawrence Spurgeon, an engineer with Parsons Brinckerhoff and environmental impact statement manager for Honolulu rail.

Rail opponent Cliff Slater says it’s not that simple: “There are three elements to consider in rail transit energy use versus the automobile. First, New York City aside (its subways have a very low energy per passenger mile ratio), the average rail transit line uses more energy (per passenger mile) than the automobile. Second, the energy used in its construction is, according to the city, equivalent to 20 years’ operating usage. Third, the automobile typically travels a shorter distance making a trip than the average bus/rail/bus trip.” 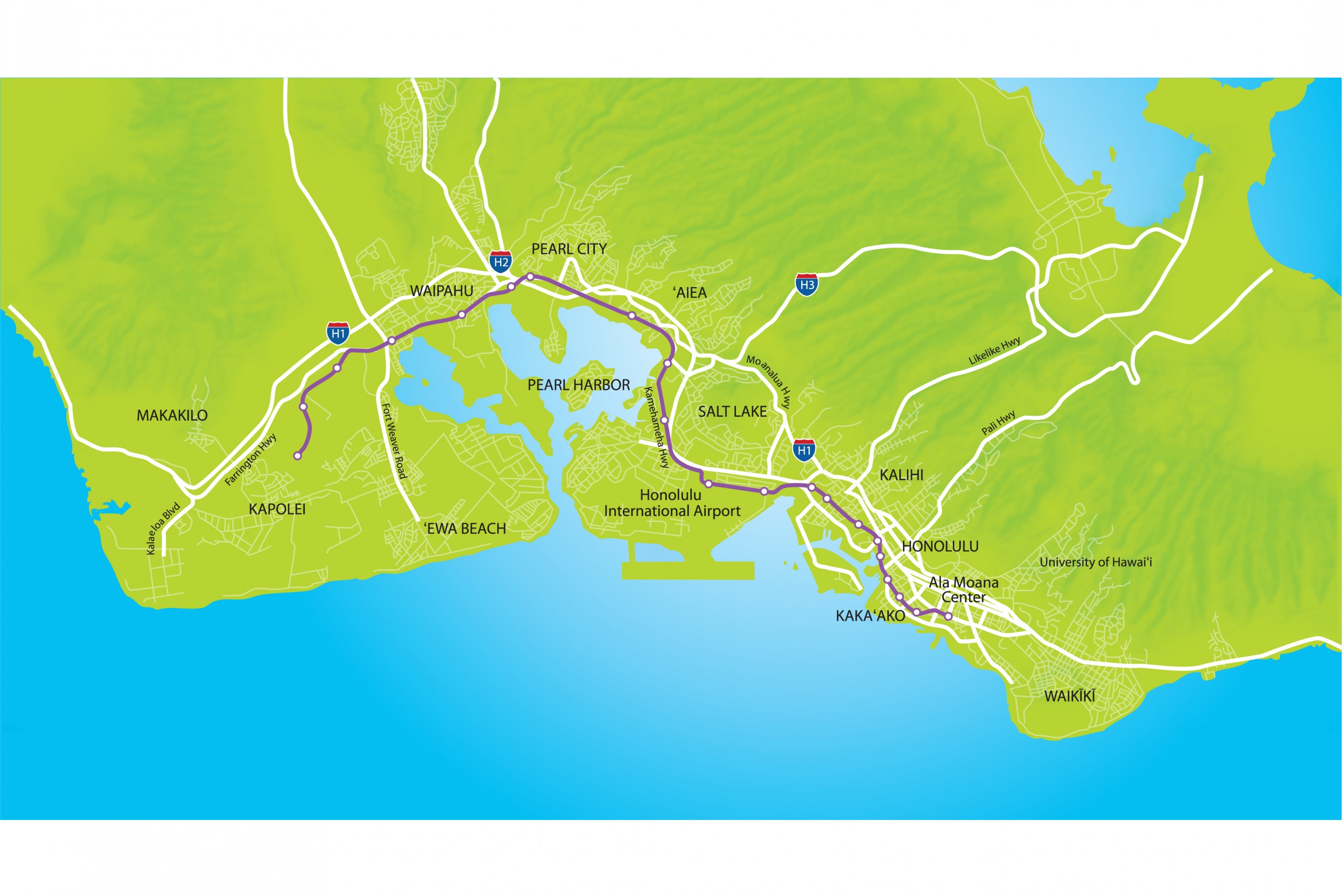 Some rail systems, as Slater correctly says, have very poor efficiency, although Honolulu’s would use far newer technology than some of the worst ones. If you gauge rail on the energy cost of its construction, then you ought to also judge cars by the energy cost of building freeways.

It is a complicated issue, but from our perspective, rail seems like a good idea. From the citizen’s perspective, though, transportation should be approached like a salad bar — a little of this, a little of that. Combine trips, walk or bike when you can, use mass transit when possible and if you need to own and drive a car, when it’s time to retire the one you have, buy a really efficient one.

When a colleague announces proudly, “I’ve got solar on my roof,” you’re not really getting much information. There are two broad categories of rooftop solar applications and they are dramatically different.

One uses the sun to heat water for showers, laundry and more, and the other turns the sun’s energy into electricity — a technology called photovoltaic. 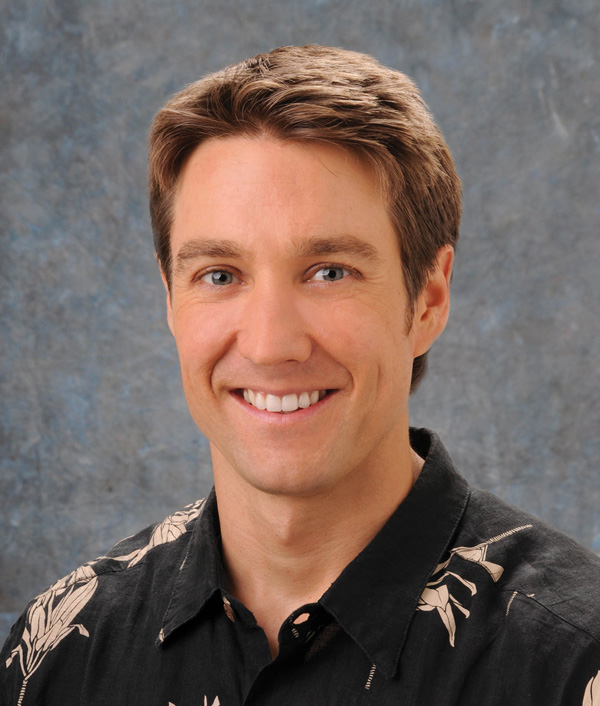 The panels might look similar from a distance, but they’re very different. So are the financials.

In general, you get a huge bang for the buck with solar hot water. Electric or even gas water heating can be among the biggest parts of a family’s energy bill. With solar, once you’ve paid for the system, heating water is free.

Photovoltaic systems are much more expensive up front, and while the technology is improving and prices are dropping, it only makes economic sense in specific applications. Only about 1 percent of the state’s homes have photovoltaic systems, while one in four has solar hot water.

For most of us, it still makes sense to choose a third way: Spend money cutting down on a family’s power demand through conservation, energy efficiency and solar hot water before spending money on photovoltaic panels.

“After conservation, energy efficiency is the smartest, fastest, cheapest and easiest clean-energy option. Using efficient appliances, lights and homes allows you to squeeze as much work as possible out of each electron that you buy,” Mikulina said. 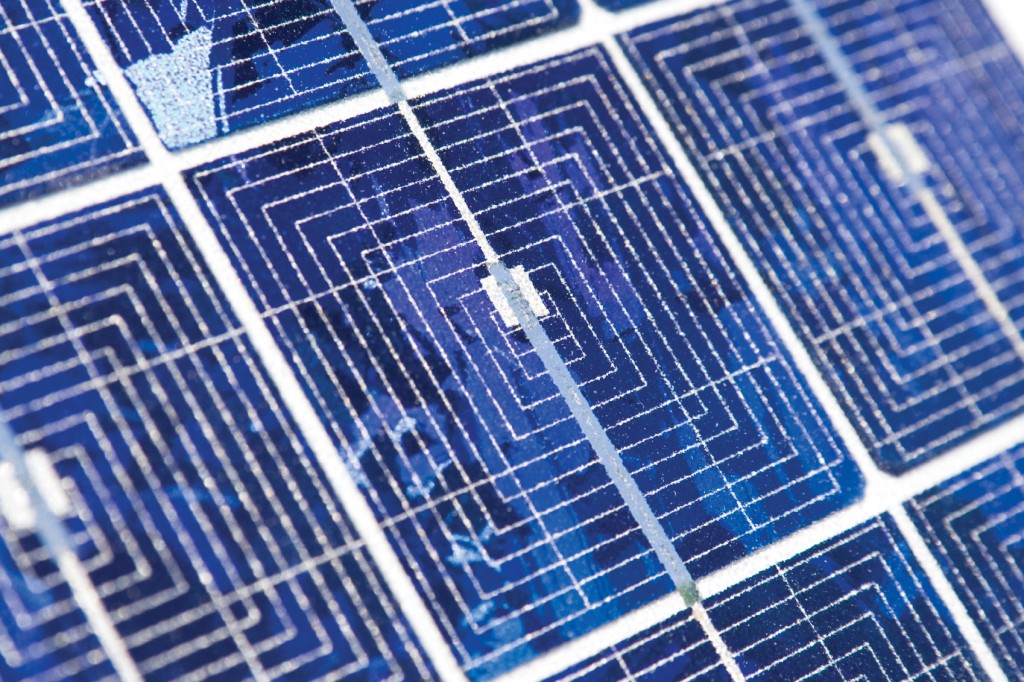 However, there is a place for photovoltaics, and in specific applications, these systems make economic sense, especially with tax breaks.

“The current 30 percent federal and 35 percent state tax credits make photovoltaic increasingly affordable — particularly when the credits are spread out over a couple of tax years,” Mikulina said.

Hawaiian Electric has a nice primer on photovoltaics, although it’s a couple of years old, at www.heco.com/vcmcontent/StaticFiles/pdf/JaeKwakandMarcoMangelsdorf.pdf.

Photovoltaic: NO, except in specific applications.

Should you eschew those white, light, plastic containers that encase virtually every Hawaii plate lunch?

The material is used because it’s light, it retains the food’s heat, it doesn’t get soggy and doesn’t leak. Most folks call it Styrofoam, though it’s not. Dow Chemical holds the trademark for Styrofoam, which is technically extruded polystyrene foam. The white stuff that makes up coffee cups, cheap coolers, the white packing material your computer came in and plate lunch containers is another material called expanded polystyrene foam.

It won’t biodegrade. Stick it in a landfill and your archaeologist great-granddaughter will be able to recognize it when she digs it up. 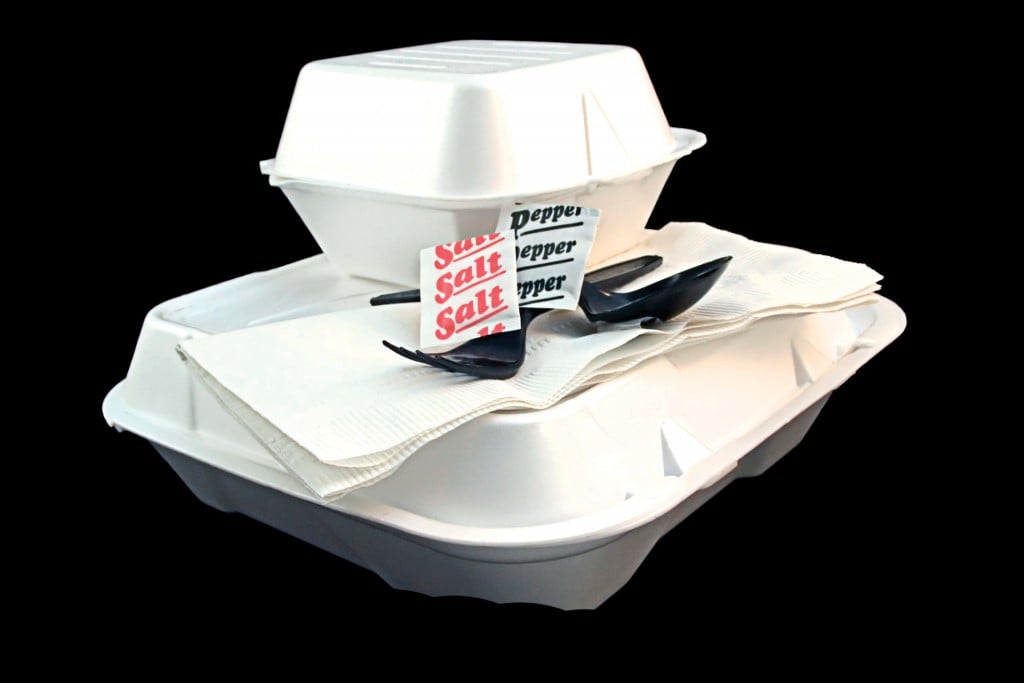 It is technically recyclable, and its plastic recycling code is 6, but “we’re not recycling No. 6,” said Suzanne Jones, recycling program branch chief for the city and county of Honolulu. Instead, most expanded polystyrene in the Oahu waste stream goes to the HPower trash-to-energy plant, where it does some good providing high-value fuel to produce electricity.

Pacific Allied Products in Kapolei recycles clean expanded polystyrene from its own applications and from packing materials provided by Sears, C.S. Wo and other retailers. But it can’t handle consumer waste that might have food or other materials attached. See http://www.pacificalliedproducts.com/recycling.asp.

What’s a consumer to do? Consider a third way: using nonrecyclable dinnerware that you wash, nondisposable coolers, reusable coffee mugs and maybe even paper goods, which are compostable in your backyard compost pile. Clear plastic clamshell containers are not a great alternative —they’re not readily recyclable, although, like foam containers, they’ll burn.

Are Plate-Lunch Boxes Green? NO

The concept is easy. If sucking oil out of the ground and burning it dumps excessive amounts of carbon dioxide into the air, what if we simply grow plants to make fuel? They will remove carbon dioxide from the air as they grow, and then release it when the fuel is burned — adding no new carbon to the atmosphere. 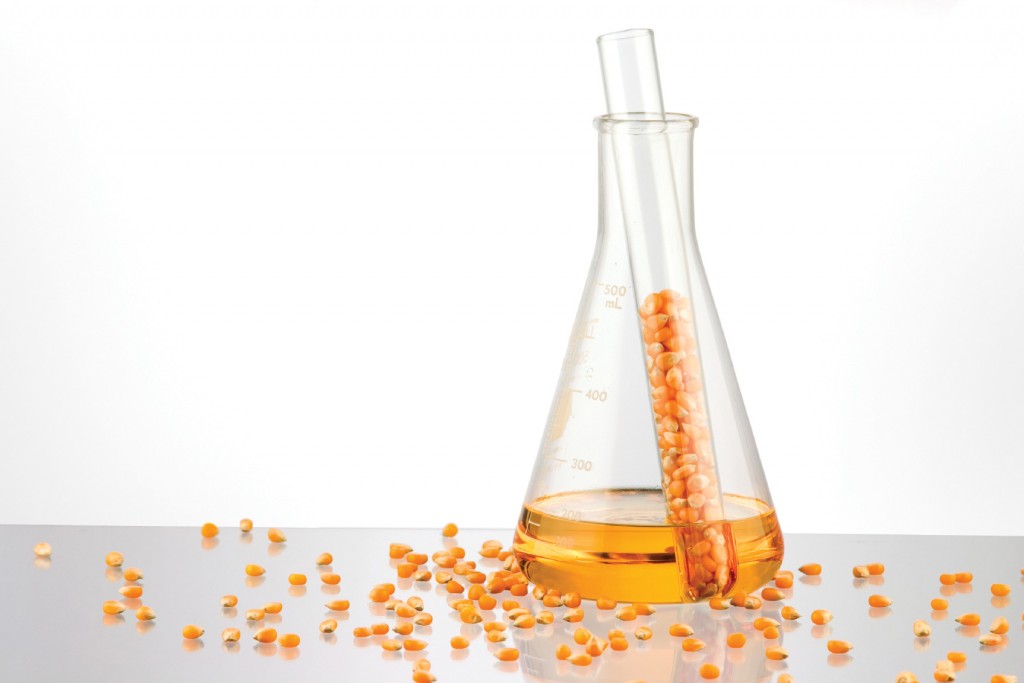 In application, it’s not so easy. For many biocrops, notably oil palms in Southeast Asia, undeveloped forest is cleared to make room for the crops, and the clearing releases a lot of carbon into the atmosphere. So the process starts with a huge deficit, which can be dozens to hundreds of times greater than the benefit, according to a study in the magazine Science: http://www.sciencemag.org/cgi/content/abstract/1152747.

That’s just one of the issues with biofuels. Others include the pollution associated with fertilization, chemical pest control, runoff and other issues of intensive agricultural production.

On the other hand, biofuels are attractive in part because they work in much of our existing equipment. With minimal modification, you can run a diesel Mercedes or Volkswagen off biofuels, as well as a diesel electrical power plant. You don’t need to spend a lot of money (and energy) developing a new transportation and power-grid system.

With minimal modification, you can run a diesel Mercedes or Volkswagen off biofuels, as well
as a diesel electrical power plant.

With biofuels, what matters is how they’re produced — and that ranges from very good, to okay, to pretty darn bad.

If you’re recycling the waste oil from restaurant grease traps or from french fry cookers into biodiesel, the overall impact is positive. That’s what the folks at Pacific Biodiesel built their company doing.

If you’re growing biocrops on already-cleared agricultural land (presuming food prices don’t spike and people don’t starve because of the switch in crops) then it leans green, but has its share of issues.

If folks are clearing native forest to make a biofuel plantation, they will probably never in your lifetime make up the carbon debt of the clearing operation.

Are Biofuels Green? NO, not if production damages forests and replaces food crops.