The massive 350-foot-long dredging ship Essayons was dry-docked for maintenance from December 2018 to April 2019 at the Pacific Shipyards facility at Honolulu Harbor. The U.S. Army Corps of Engineers uses the Essayons to dredge large harbor entrances along the West Coast and around the Pacific. The 36-year-old ship is hauled out yearly for maintenance, usually on the West Coast, and this was its first time in Honolulu, says Evahn Beresiwsky of Pacific Shipyards, a private company. Essayons is the Corps’ motto; in French it means, “Let Us Try.” 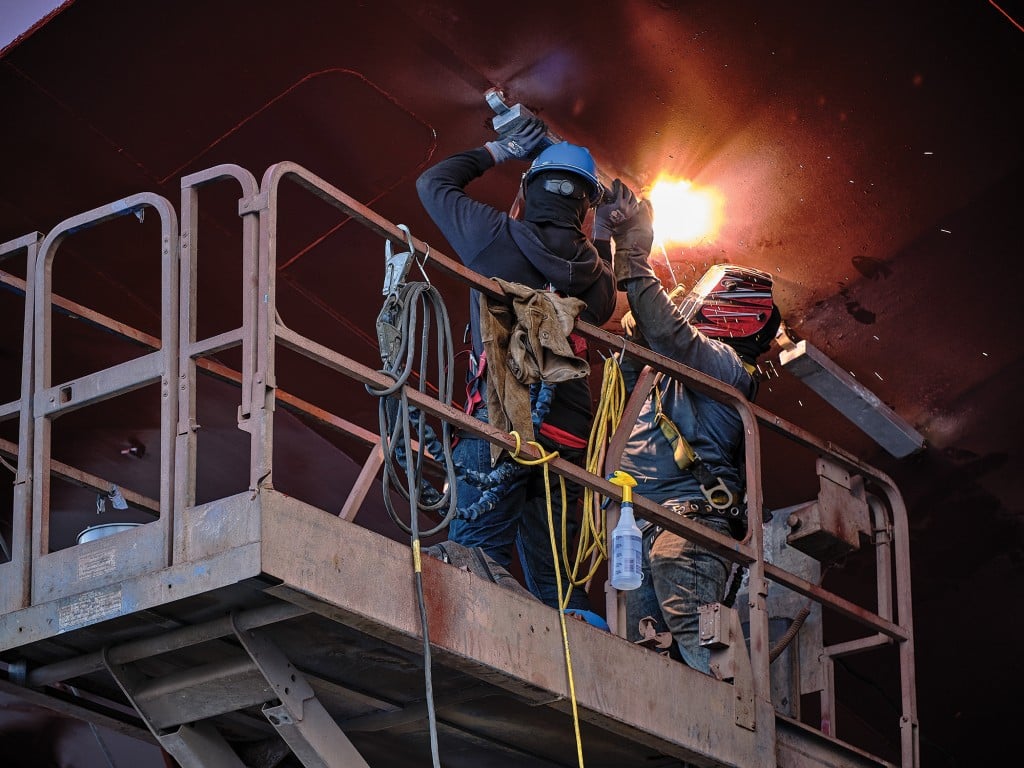 Welders attach zincs to the bottom of the Essayons. Zincs are pieces of alloy often made from zinc that prevent corrosion on propellers and other submerged metal mechanical components, says Beresiwsky. The Essayons’ massive props and rudders require many zincs for protection. 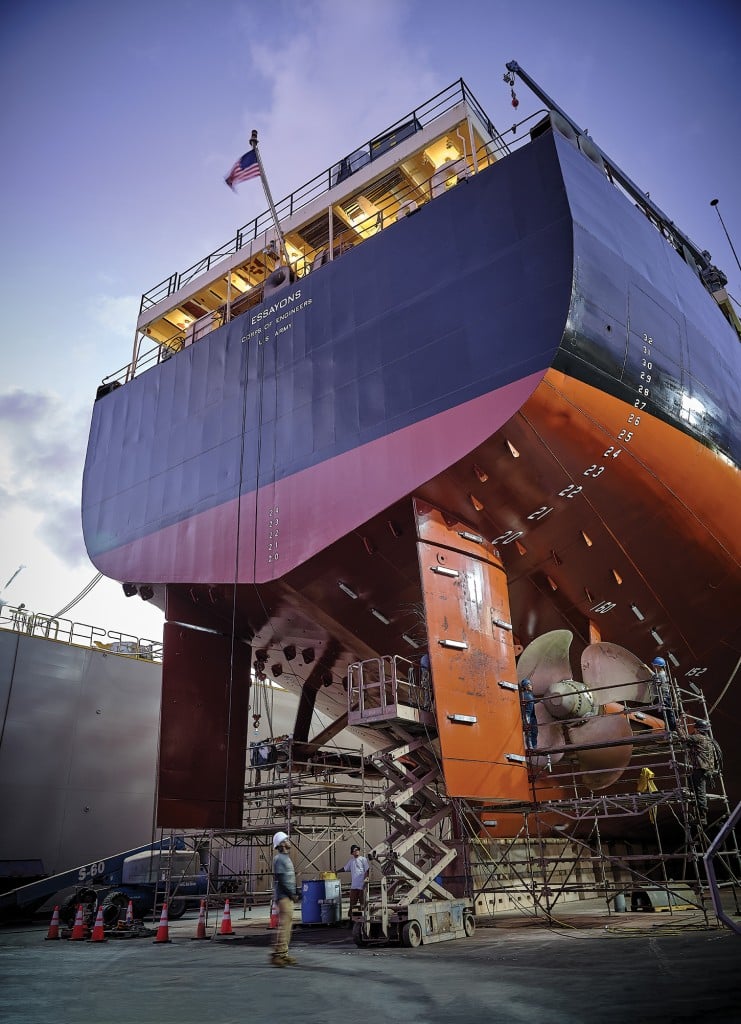 The Essayons’ port side propeller shaft had been damaged and needed to be replaced. The job involved complex rigging to get the huge shaft out and the new one in, says Beresiwsky. “Everything on the ship is just gigantic,” including the “giant nuts” that hold the shaft in. A new shaft was brought from the Mainland and the photo at left shows it in place. 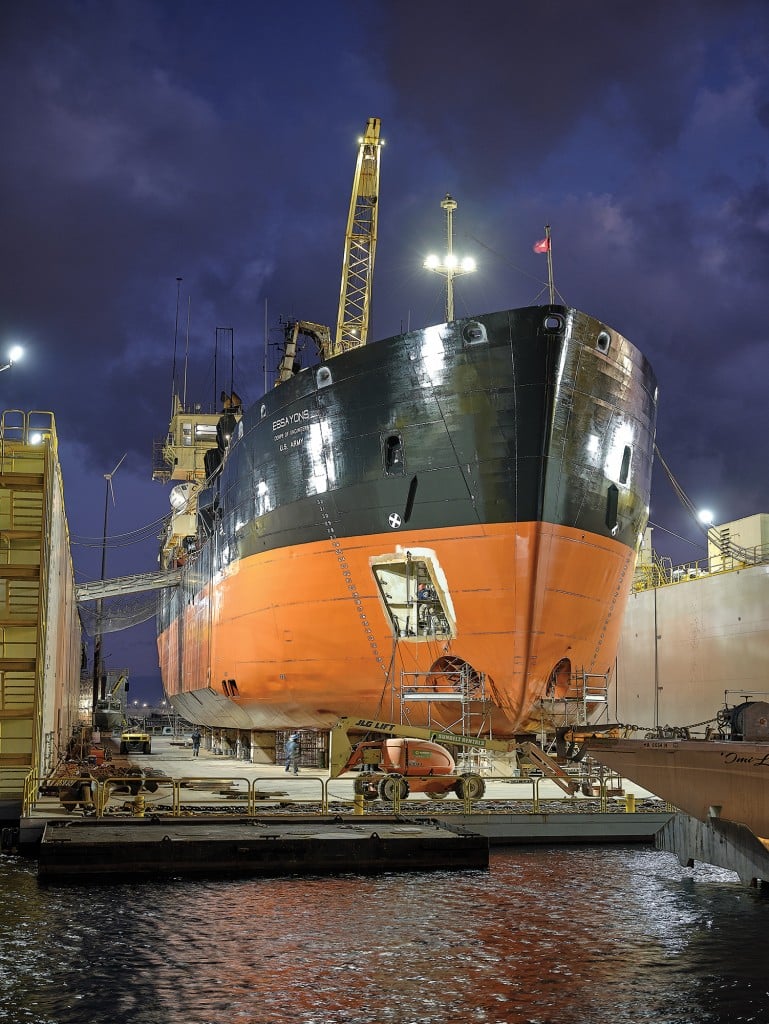 Pacific Shipyards completed numerous other projects on the Essayons, Beresiwsky says. The hull was sandblasted and repainted. The starboard hopper arm, which sucks up sediment during dredging, was replaced. The hole in the bow was cut to replace the bow thruster tunnel and work on its motor. The scaffolding under the ship extends up through the belly bay doors and was needed for the hopper arm replacement and other interior projects, Beresiwsky says.