2017 was another good year for philanthropy in Hawaiʻi. The annual overview of philanthropy shows record giving by organizations in the Islands.

The 94 organizations and their employees on this Most Charitable Companies list gave a total of $144 million in cash and in-kind donations last year. That’s a record, easily topping the previous high of $118 million set on the 2016 list by 126 organizations.

Big companies gave the most on the list but to level the playing field, we included, where possible, donations as a percentage of gross sales. The average was 0.23 percent for the 63 companies that also reported gross sales. Twenty companies exceeded the average, with Na Alii Consulting & Sales and Grove Farm Co. returning more than 1 percent of their gross sales to the community.

Data for the Most Charitable Companies list is compiled via surveys by Hawaii Business researchers. All data are self-reported by companies and organizations to Hawaii Business.

We asked each organization to characterize itself as for-profit, not-for-profit or nonprofit. In economic terms, not-for-profits return excess money to members or employees or invest in the organization; a nonprofit uses what’s left of revenue after expenses to achieve
its mission.

The MacNaughton Group, a Honolulu-based developer, launched a foundation in 2017. “Our approach for the foundation is to determine areas in which we would like to make a significant contribution, then be proactive in learning about talented and committed leaders and organizations which we think will make great use of support in those areas,” says Emily Reber Porter, MacNaughton Group COO and foundation board member.

The MacNaughton Group Foundation intends to support education, health, arts and culture, and environmental causes and to reduce homelessness. It awarded an inaugural grant of $1 million to U.S. Vets. Most of the money will facilitate housing for homeless veterans and maintain support services over five years. A portion was initially used to refurbish the U.S. Vets recreation center at Barbers Point.

Admor HVAC Products Inc. established the Mason Kekoa Scholarship in 2017. It supports graduates from Mililani and Lahainaluna high schools who are attending the UH system. In its inaugural year, two students received $3,350 apiece.

Mason Kekoa Nava Macloves passed away in 2016 at 7 months of age from an infection, says Admor President Andrew Santos. “I did this to help Mason’s parents, who both work for Admor HVAC, overcome their pain from Mason’s death. Both parents were unable to work, function or interact due to depression. Giving them something positive and a mission to keep Mason’s name and memory alive was my goal,” he says. 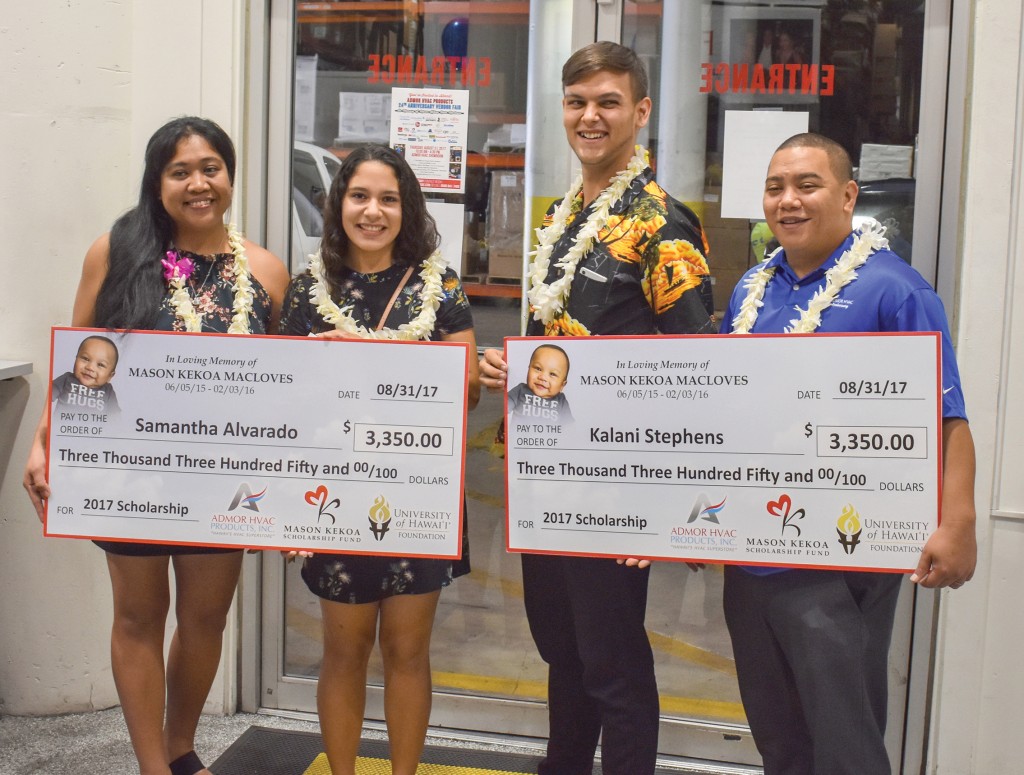 The Advantage Kokua Scholarship was also launched in 2017 by Better Homes and Gardens Real Estate Advantage Realty through the UH Foundation. It’s designed as a bridge for at-risk students with high potential who have completed two years at a community college to transition to UH’s four-year campuses. The scholarship funded four students with $5,000 apiece in its inaugural class and will continue by funding a total of eight annually. 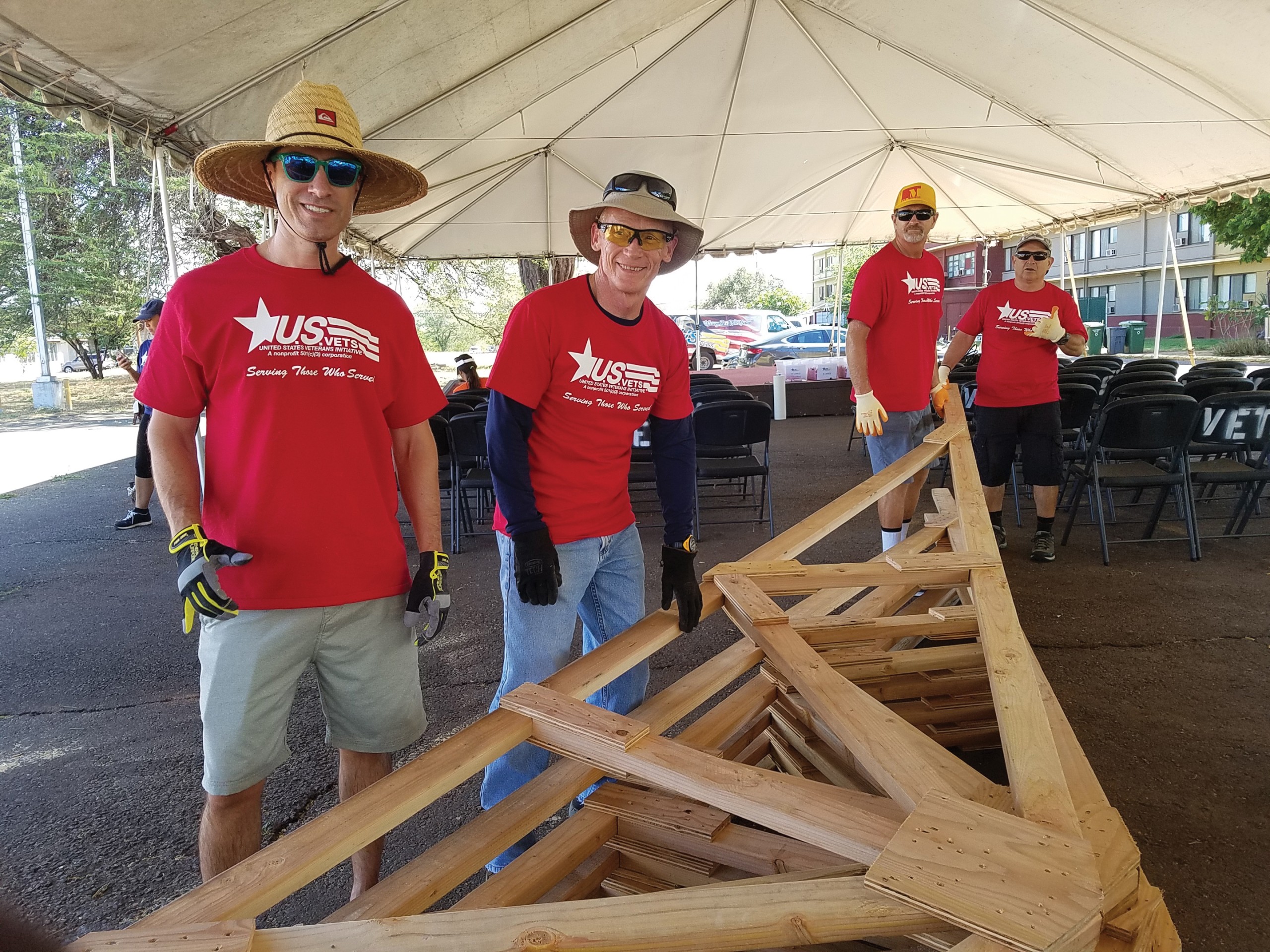 The MacNaughton Group employees participate in a build day with partners from other firms and Home Depot to help U.S. Vets rebuild its recreation center at Barbers Point.

“Education is a way to really impact the future of a kid. We are trying to uplift people and allow them to compete on equal footing with an education. If they’re not at a disadvantage then they can help others,” BHGRE Advantage Realty CEO and owner Myron Kiriu says.

“Our team has put a lot of energy and effort into this scholarship,” he says, citing agent donations and fundraisers by the team as main sources for the scholarships.

Architects Hawaii Ltd. put 3,615 hours of paid employee time into pro bono design for Pearl Haven, a residential special treatment campus on Oahu for underage females rescued from sexual exploitation. The campus is under the direction of the nonprofit Hoola Na Pua. Architecture, engineering and interior design services were performed by 25 employees, averaging out to 3.5 workweeks with an estimated total value of $700,000, says AHL President and CEO Bettina Mehnert. 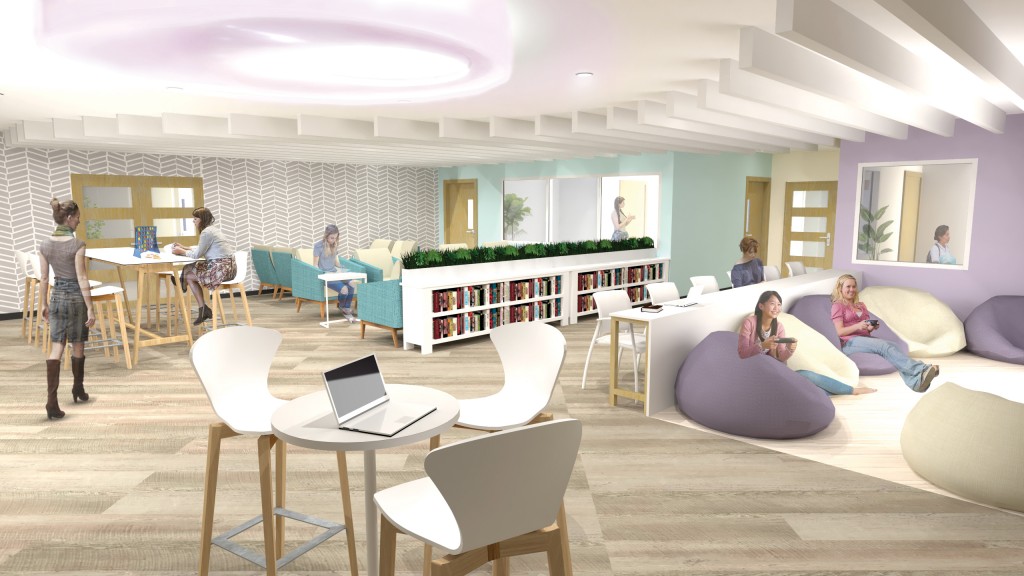 AHL renderings of interior spaces at Pearl Haven. Top image is of the dining room. Bottom image is the lounge. 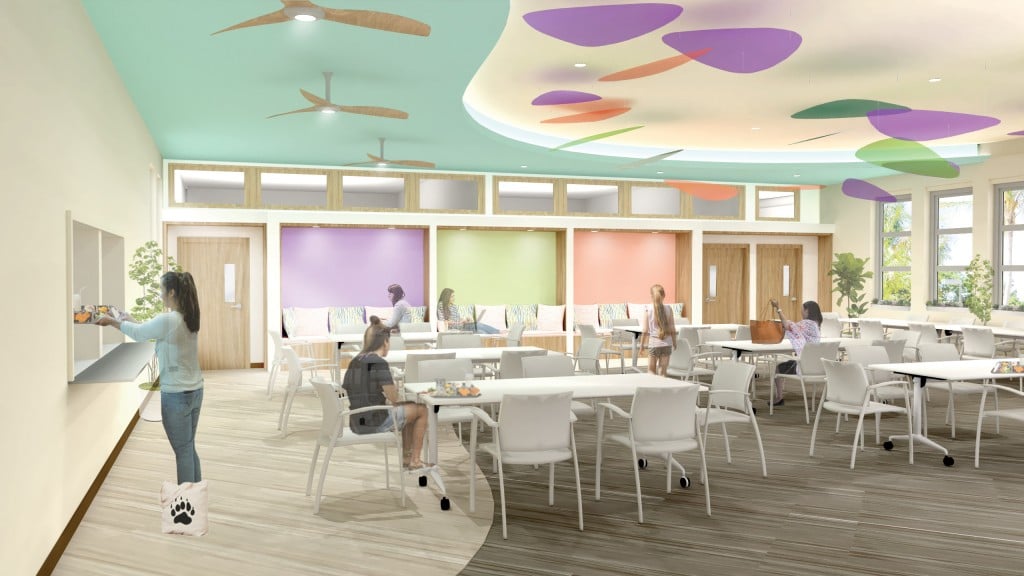 “Our One Percent pro bono program creates a tremendous amount of enthusiasm and community awareness among our employees, but working on Pearl Haven is extra special. For all of us at AHL and our generous design team members, developing Pearl Haven has become a passion, knowing we can have a small part in helping these young girls to heal and recover,” she says.

Norm Baker, COO of Aloha United Way, says when companies hold workplace fundraising campaigns, an average of 75 percent of donations come from employees and 25 percent from the company itself.

Angie Britton, president-elect of the Association of Fundraising Professionals Aloha Chapter, says when corporations give, their philanthropic choices are often driven by their employees. This has been a relatively new strategy, becoming more popular after the economic downturn in 2008.

“Corporations can make more of an impact when they align their giving with their values and get involved with the organizations they support on a deeper level through partnerships, initiatives, and board participation,” she says.