Local visitors to the venerable Hawaii State Art Museum near the Capitol enjoy a bonanza of visual beauty created by many of the state’s best artists. What they may not realize is that they helped pay for all that art. 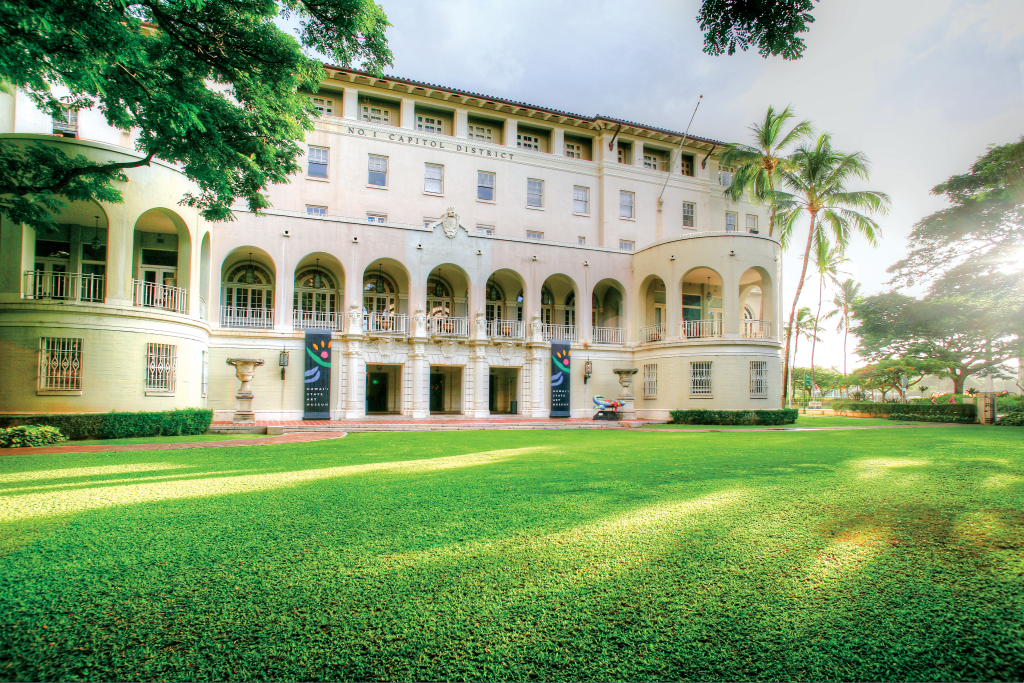 The special fund that paid for the art at Hawaii State Art Museum is one of hundreds of funds under scrutiny by legislators looking to balance the state budget. But each special fund has a constituency that will likely fight to shield the money from being moved to the general fund.

Hawaii’s Art in State Buildings Law, enacted in 1967, sets aside 1 percent of the construction cost for all new buildings to buy art. It was the nation’s first set-aside program for art. Today, the fund spends around $4 million a year and carries a cash balance of close to $8 million.

As the state Legislature convenes this month in the face of a massive shortfall in the overall budget, all eyes will be on the cash balance in that fund and the hundreds of other state special funds. These pay for specific programs, such as harbor improvements, health education, beach restoration, historic preservation, tourism promotion and much more. Each operates in its own universe, apart from the general fund and generally exempt from the push and pull that goes into writing the overall budget.

A battle over every fund

Some legislators will propose eliminating most of the special funds, which means their beneficiaries will have to fight like everyone else for a share of the general budget. That proposal is certain to create a political battle over every fund.

“Any time you have a special fund, there is a constituency that is threatened and comes out of the woodwork,” says state Auditor Marion Higa. “You touch any one of these funds and you find a constituency.”

Over the years, literally hundreds of special funds have been created to take care of special interests that might otherwise fail to get money in the budget. It is difficult to calculate how much is in all these funds because they are scattered throughout the state bureaucracy and often operate independently.

From the auditor to the Department of Accounting and General Services, folks shake their heads when asked if there is a central accounting of all special funds, how much is in them and what exactly they are accomplishing.

Rod Tanonaka, a former senior clerk in the Senate Ways and Means Committee who now works for Senate President Colleen Hanabusa, says he and his colleagues would hand-sort through the departmental records and programs looking for spare special fund dollars that could make up shortfalls in other areas. It was akin to hunting for truffles.

The last comprehensive look at special funds was released in 1992 (updated in 2001), when the legislative auditor was asked to look at all funds, determine their usefulness and recommend whether they should be closed. The report identified some 132 special funds and urged sunsetting or canceling many of them. Most of the recommendations were ignored or rejected.

“I don’t think we’ve done anything since then on special funds,” Higa said.

Most people are familiar with the mega-funds, such as the $75 million Rainy Day Fund supplied by money out of the $1.4 billion tobacco suit settlement, or the close to $200 million Hurricane Relief Fund, which is money collected from homeowners who would otherwise have been without hurricane insurance after Hurricane Iniki.

There are also multimillion dollar funds not legally subject to raiding, such as the user-funded highways fund, harbors fund and airports fund. But there are hundreds more, holding a total of hundreds of millions of dollars.

In past sessions, lawmakers have debated whether to pay current expenses with the hurricane or tobacco funds. But opposition and legal challenges have restricted lawmakers to just nibbling around the edges. For instance, a bill last year would have grabbed $19 million out of the beverage deposit fund and the enhanced wireless 911 fund, but lawmakers concluded that unless the money was treated as general tax income rather than special fees, they were not entitled to grab the bucks. As a result, there will likely be a move this year to convert special fees and assessments into straightforward taxes, so they can be put into play.

But it won’t be easy. Once a fund is statutorily created, it is hard to undo. The Legislature last year tried to convert the various sources of funding for special funds – user fees, special assessments, federal dollars, even transfers from the general fund – into a “tax.” That would have meant that any money in any special fund would have been treated as just another part of the tax-supported General Fund, available for any purpose. For political and legal reasons, that effort failed.

What emerged instead was a multi-pronged effort to “scoop” money out of the special funds:

• One scoop had legislative analysts determine whether each fund had more money than needed to serve its mission. That sweep generated more than $50 million to help balance the budget, the largest chunk coming from the tobacco fund. This was only a preliminary run through of funds and it is still a mystery how the analysts calculated the “excess of needs.” It was certainly not explained in the bill that swept up the money.

• A second scoop focused on interest earned by special funds. Lawmakers determined they could put excess interest earnings into the general fund.

• The lawmakers also ordered the state administration to take 5 percent of all receipts going into special funds to cover administrative services for those programs. This applied to everything from the school cafeteria special funds to the leaking underground storage tank fund, to the sports fish special fund and to dozens more.

Those three scoops likely will be repeated this year. Legislators will also try to recapture dollars in special funds that are saved by furloughs or layoffs of state employees. Special fund programs are not immune to state payroll cuts, but unless the law is changed, the money “saved” simply stays in the fund. Hanabusa says there may be as much as $30 million in payroll savings locked in various special funds and that money should be available for the general budget.

That ensures plenty of political fireworks this year as the budget crunch meets hundreds of different constituencies fighting for their special fund.

One good measure of where legislators think money is hidden is 2009’s Senate Bill 884. That reflects what they and their staff found while exploring special funds and scooping up what they considered to be excess money. The following pages offer some of the many examples

Name and purpose: Agriculture Loan reserve fund, to help farmers after droughts and other problems.
Estimated excess: At least $500,000.

Look It Up Yourself

Click here to find out more on special funds. But beware: The information is organized department by department. Also, the information covers all non-general-funded programs. That includes special funds, programs supported purely by federal funds, trust funds and revolving funds. Look for programs described as “special funded” or sometimes called “B” funds.