The day begins at 5 a.m. in Napoleon’s Bakery Central Plant in Waipio, where bakers work in shifts until 12:30 a.m. to produce over 15,000 items daily. By 1 a.m., the baked goods are on their way to 22 Zippy’s and Napoleon’s Bakery locations on Oahu and stores in Kahului and Hilo. 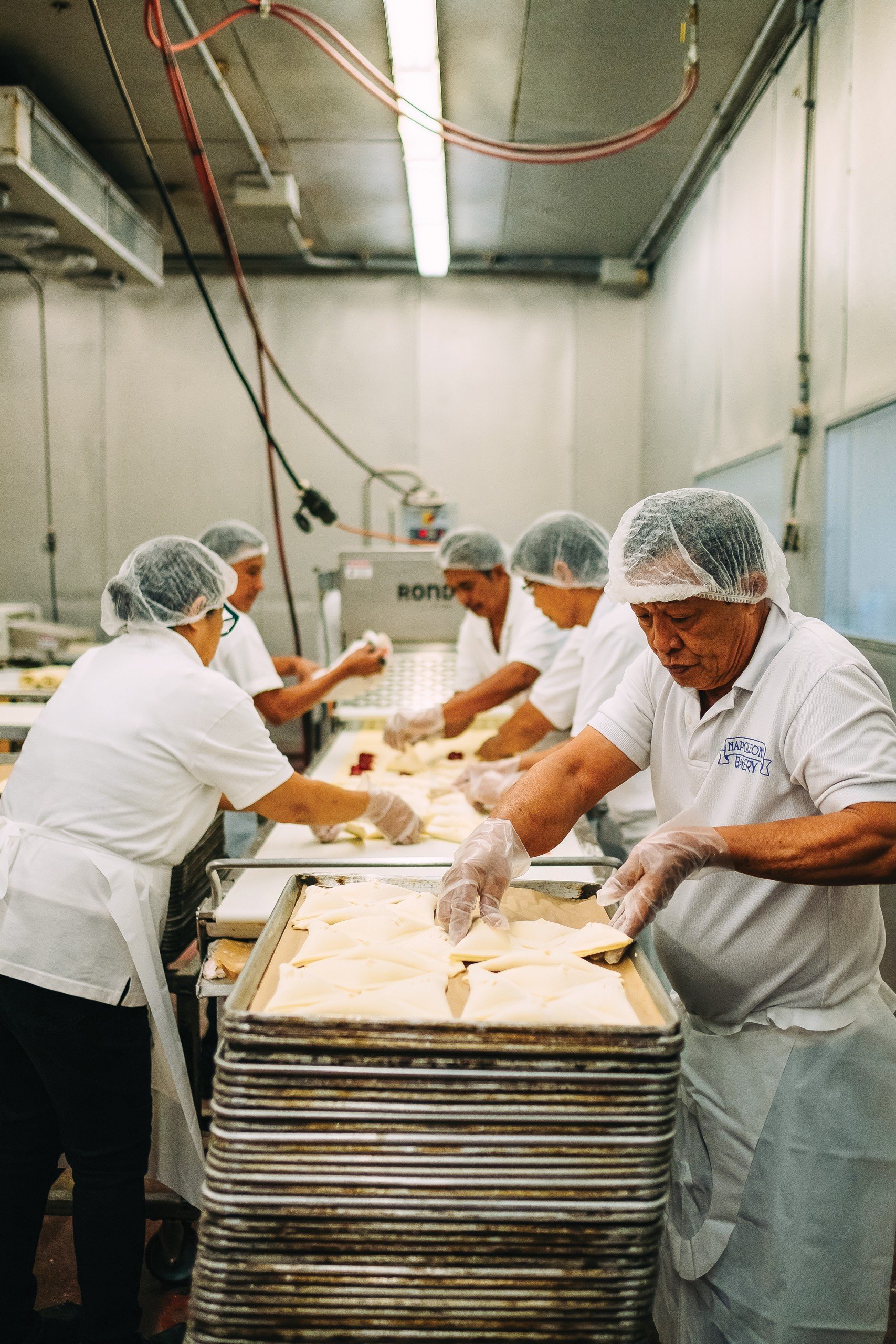 Bakers work on a Napoleon’s specialty, the Napple. The dough is mixed then fed into a machine that flattens and cuts it into squares. As it comes out, a team of five fills, folds, perforates, crimps the edges and trays the pastries for baking. 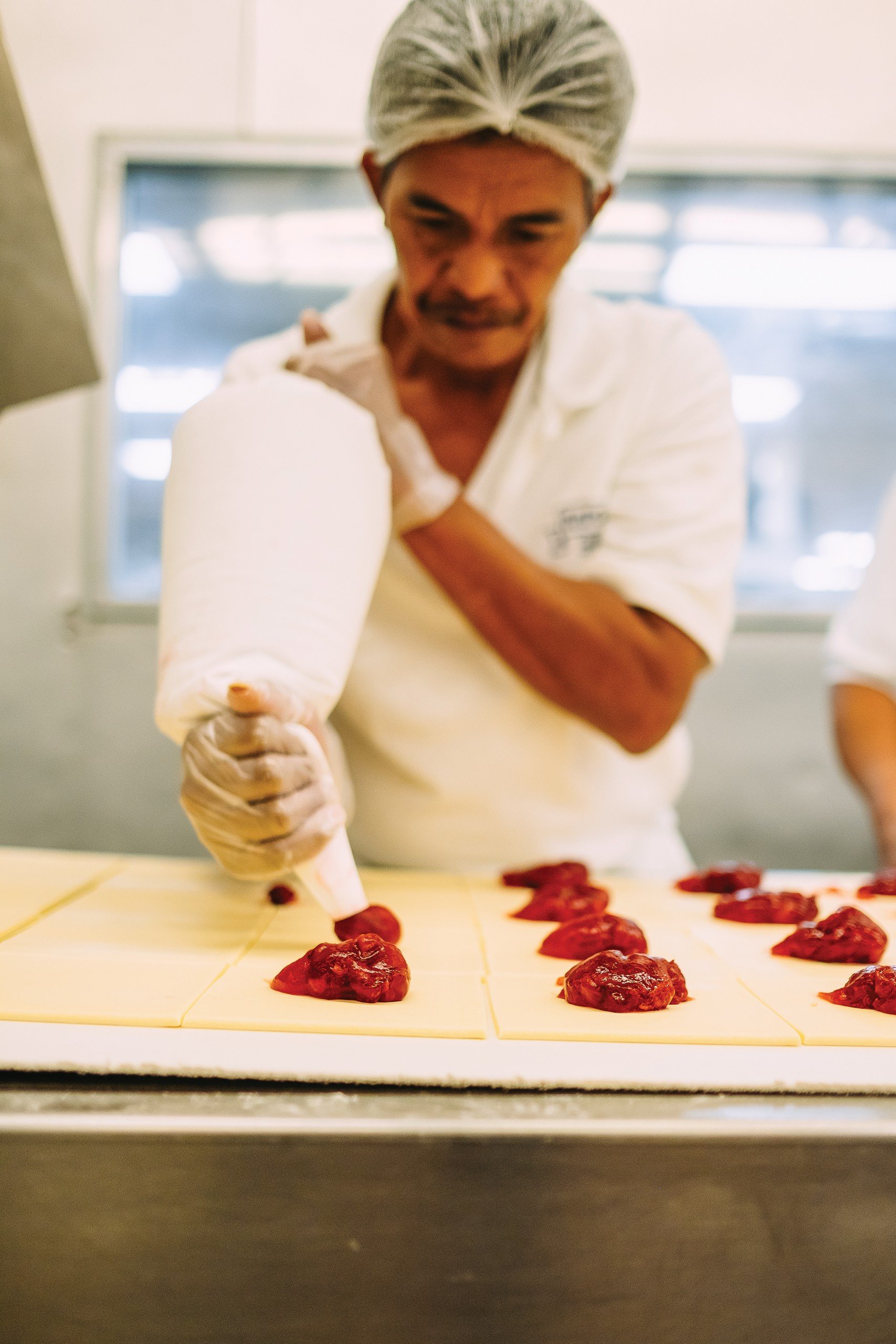 Joseph Balansang has made over 1 million Napples in his 20 years at Napoleon’s and is an expert at filling the flaky pastry with just the right amount of one of five flavors.

“In any hand-crafted work, repetition will fine tune the artist’s hand to result in a flawless finished product,” Tsukazaki says. “When we notice someone is demonstrating a certain talent for a skill, we try to guide them in that direction. As they become experts, they feel a sense of pride in what they do and take ownership of that task.” 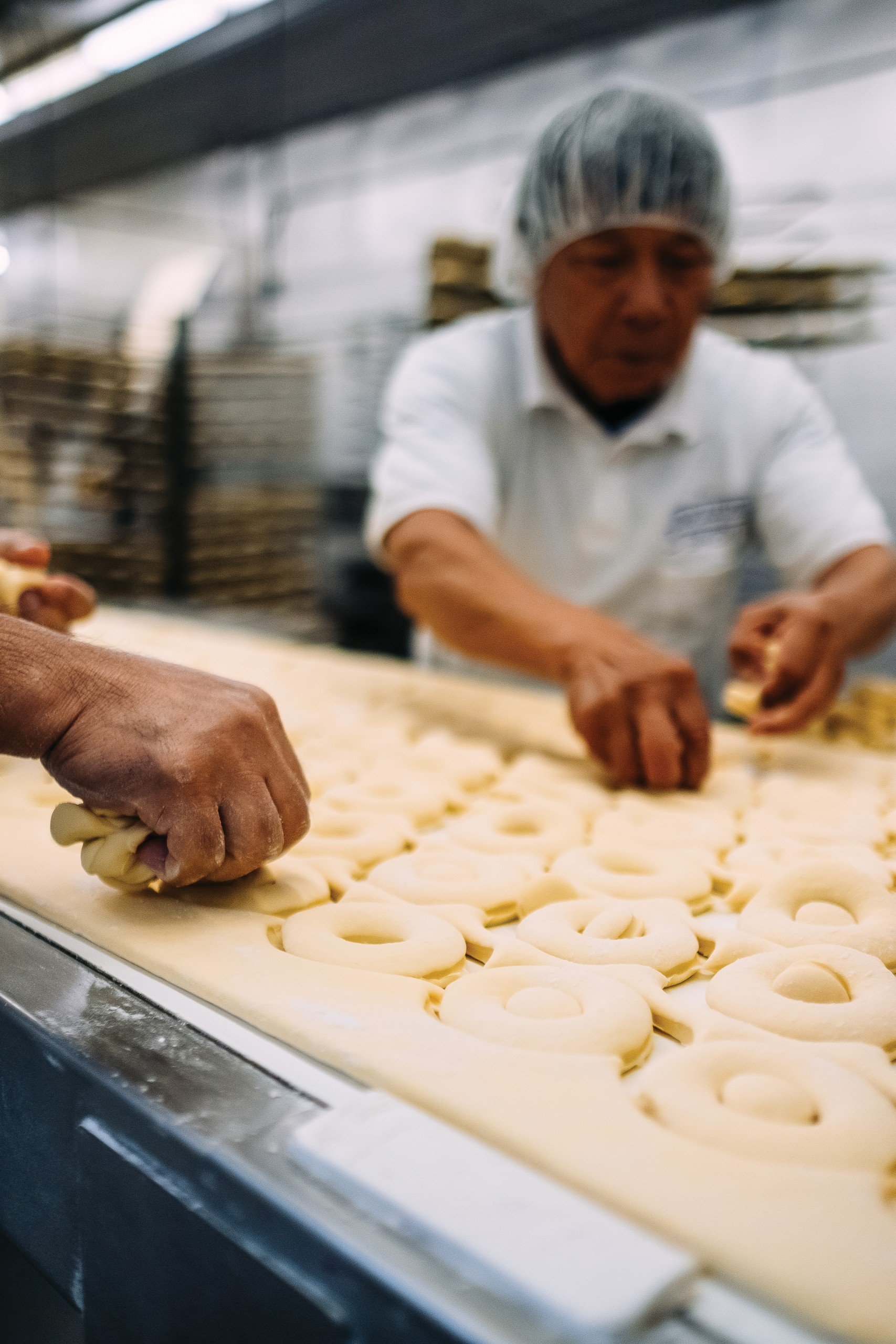 Bakers on the doughnut team remove holes after the dough is rolled by a machine and cut into circles.

The two longest-term employees of Napoleon’s have both been there for 33 years. Thomas Lonzaga has been an inventory and receiving clerk for the past 19 years and Mathew Augustine has specialized in mixing batters and doughs for 20 years, says Kevin Yim, VP of marketing for Zippy’s. He says the plant employs 89 people with 40 to 50 working on any given day and up to 75 during peak production over the holidays. 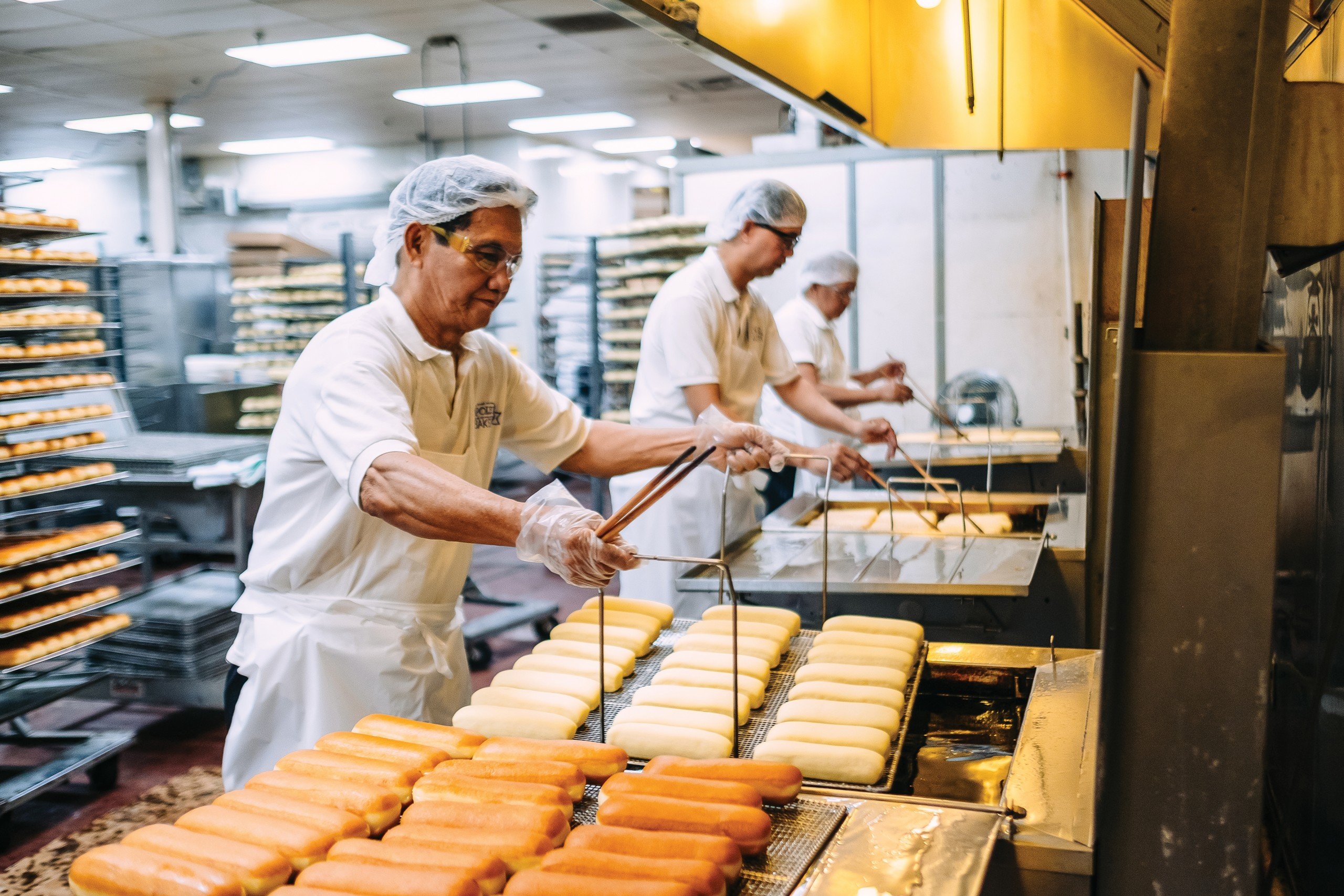 Doughnut fryers work at one of three frying stations. Doughnuts take about 3 to 5 minutes and bakers need to know when to flip and remove the doughnuts by sight. There is 50 years of combined doughnut frying experience among the three bakers in this photo. 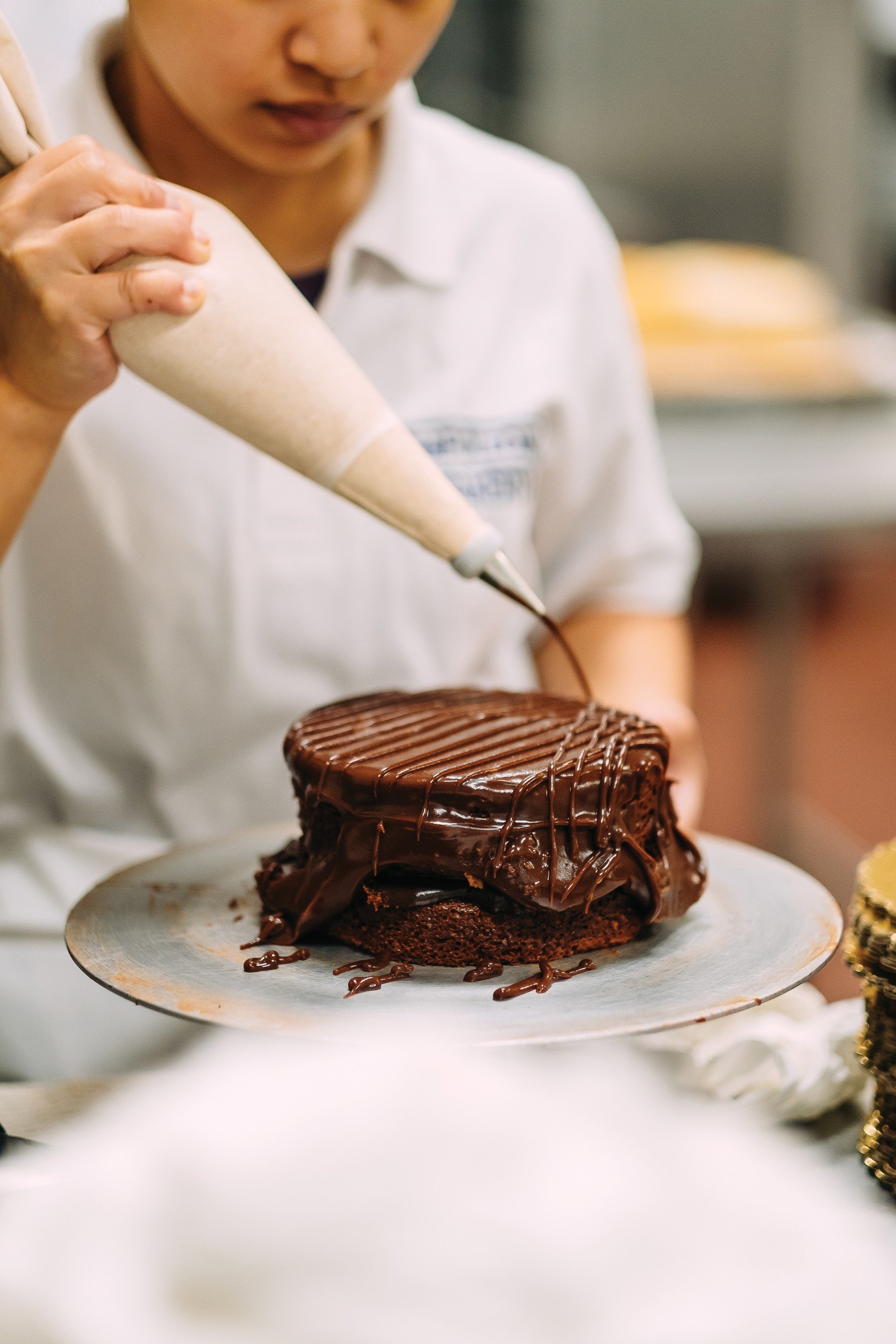 Chocolate Dobash is Napoleon’s No. 1 selling cake. Unique to Hawaii, the chiffon cake with a chocolate pudding filling has been sold in every bakery since the 1950s, says Tsukazaki. “We follow the same old-time recipe because your taste buds don’t forget.” 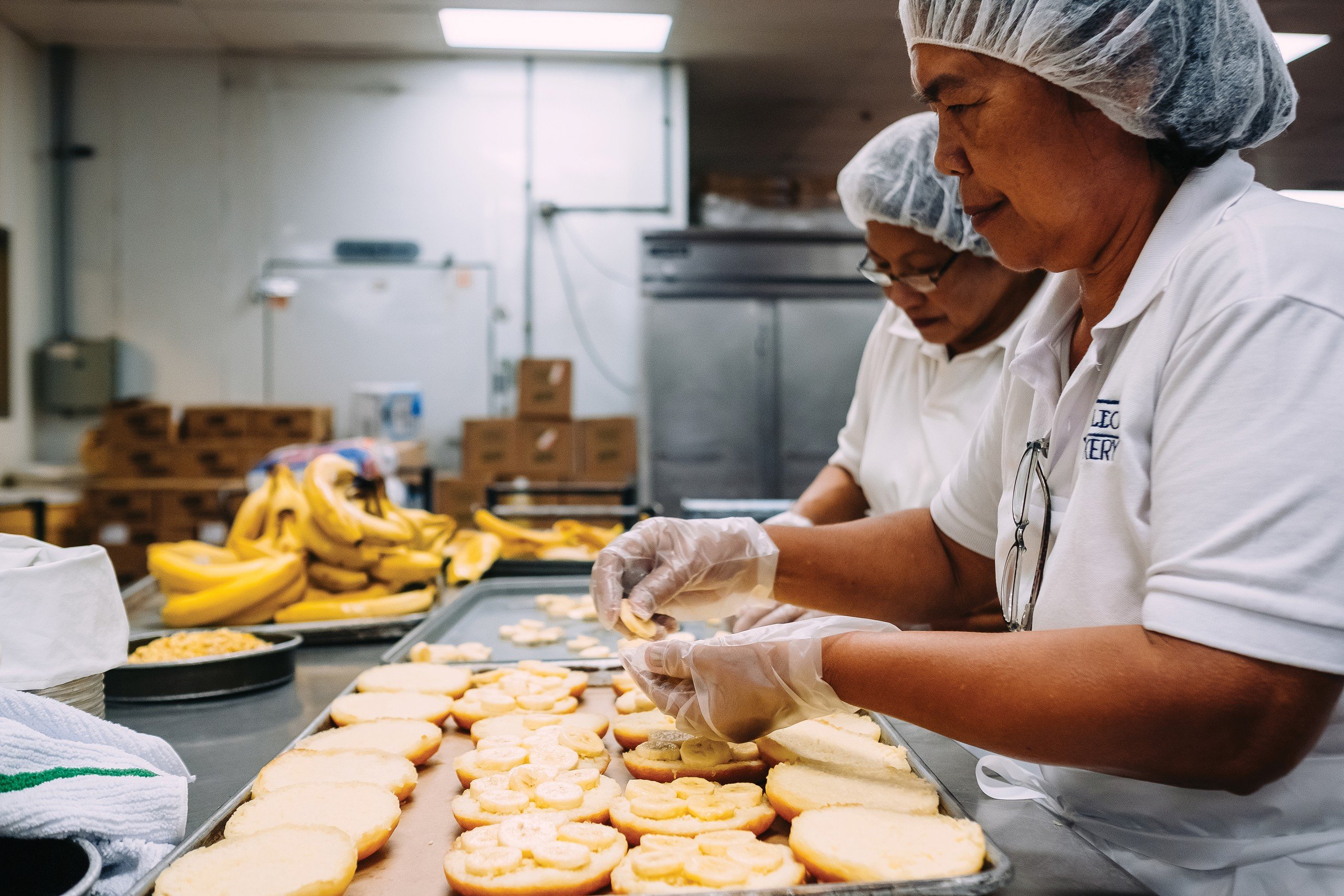 Bakers put hand-sliced bananas and custard cream onto Banana Custard Filled Loaded Doughnuts before sandwiching them with the tops of the doughnuts and topping them with whipped cream and banana chips. 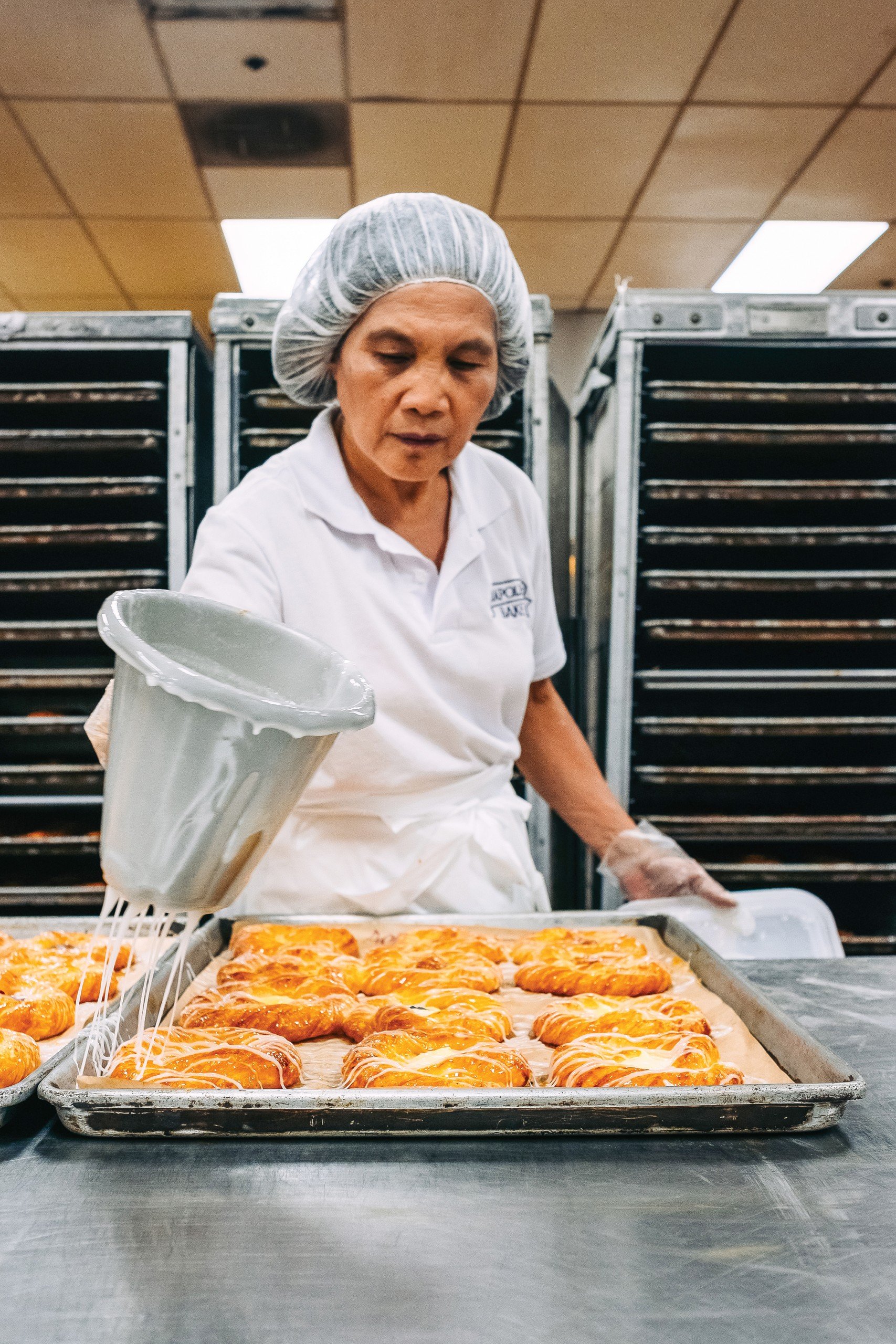 Finishing Danishes with glaze requires a precise motion to get just the right amount on each.