The Future of Recycling in Hawaii 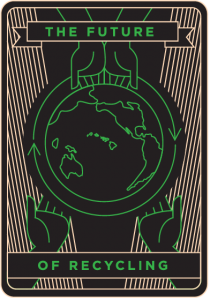 A City & County of Honolulu leader wants to recycle less because she says it doesn’t make sense economically or environmentally. Environmentalists say “refusing” and “reusing” are much better than recycling. Here’s what you should know.

Recycling is changing on Oahu and around the world, and RRR Recycling has to be flexible to cope with those changes.

RRR and many other U.S. companies couldn’t sell their recyclables to China earlier this year after officials there closed the border to yang lese, or foreign trash. Mountains of bales of cardboard and paper, protected from the elements by plastic sheets, piled up at RRR’s Campbell Industrial Park site as owner Dominic Henriques struggled to find buyers. Months went by and RRR finally moved the items at a loss. Henriques says he has found new markets for the recyclables and the backlog has not recurred, but it was a difficult period for the company.

“You don’t prepare for countries shutting down their doors. We move our material regularly but that was a super special case,” Henriques says.

RRR Recycling has been contracted by the city and county of Honolulu to process everything collected in residents’ blue bins since the city’s recycling initiative began in 2007. Roughly 160,000 blue bins are picked up every other week; RRR Recycling processed about 24,000 tons of material from those bins last year.

“Triple R takes the material commingled, mixed waste, in the blue cart,” says Michael O’Keefe, recycling branch chief at the city’s Department of Environmental Services’ Refuse Division. “All of the material we deliver: the cardboard, white and colored printer paper, newspaper, No. 1 and No. 2 plastics.” Other recyclable items that belong in the blue bin are glass bottles and jars, which Henriques has been able to find buyers for in California. HI-5 bottles and cans are generally high-quality materials that are easily moved out of state. 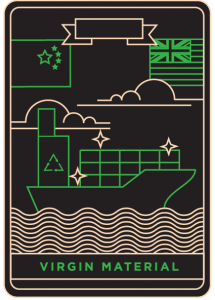 China began in 2013 to be more selective about what it would accept from other countries for recycling. Then on Jan. 1, 2018, a Chinese crackdown included a ban on the import of 24 types of recyclable material, including several types of postconsumer plastic scrap and unsorted paper. China also enforced a limit of 0.05 percent contamination for most recyclables entering the country, as opposed to the previous limit of 5 percent. Henriques says the lower limit is unrealistic and basically requires virgin material. He says one local example of virgin material is the Honolulu Star-Advertiser’s off-print newspapers that never reach circulation and are transported directly to RRR’s facility, but such virgin material is rare in the recycling business.

RRR has worked to meet China’s new requirements by slowing processing and separation of materials at the facility, increasing shifts and hiring more workers. Henriques is still able to sell some material to China but admits it is much more difficult and his broker has found different markets in Thailand and South Korea to compensate. 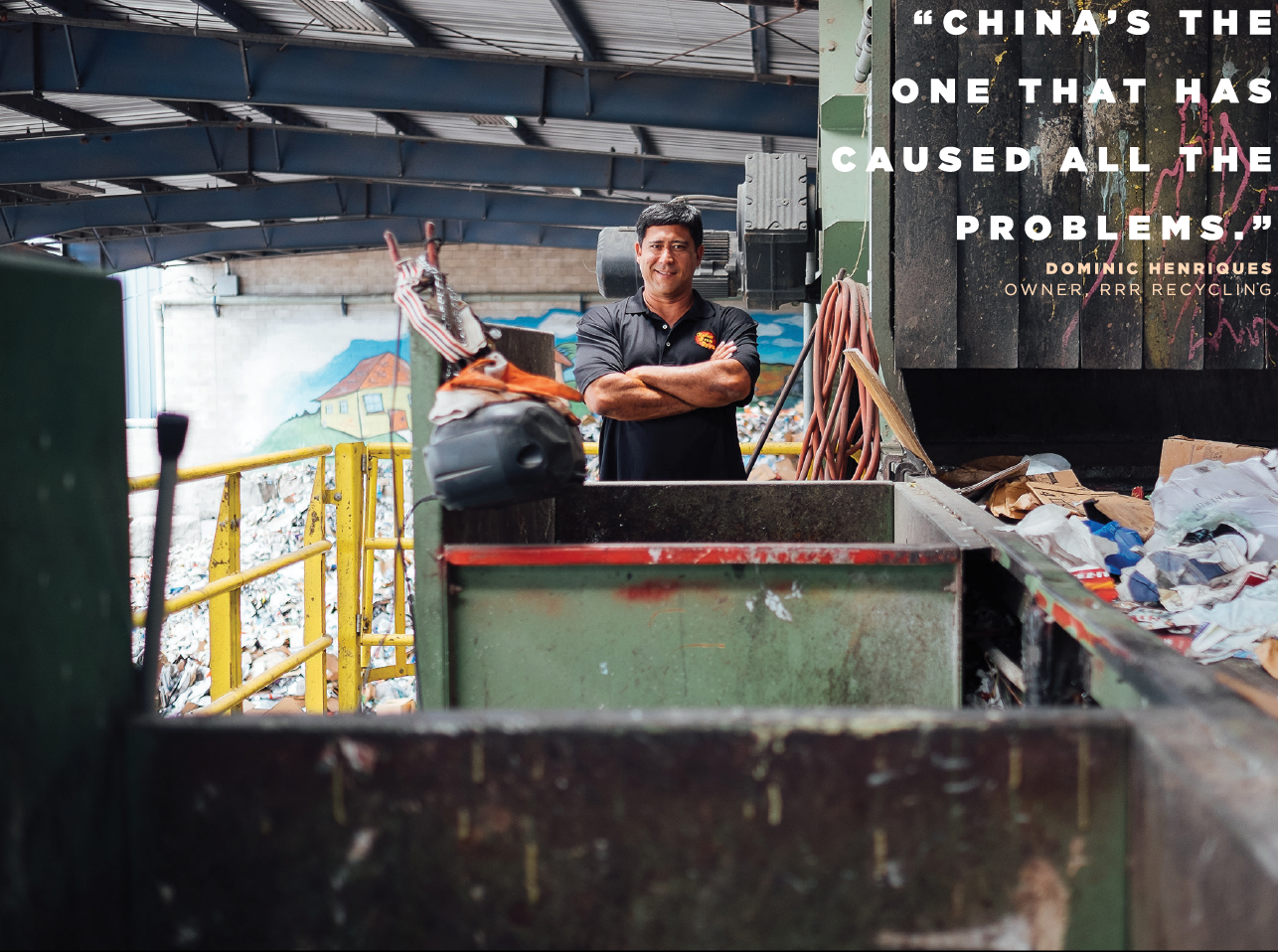 “There’s more expense to it now than there was previously and less value to it because of China,” Henriques says. “If we can get to that point where China is accepting it then hopefully we can find that value again.”

Scott Montoya, assistant manager of Island Recycling Inc., believes China’s recent actions are retaliation for President Donald Trump’s tariffs on Chinese goods. Montoya says former co-workers, who now work in the recycling industry in Washington state and surrounding areas, tell him that Canada and other countries have no problem getting their material into China. Henriques agrees.

“I understand that the markets have changed and that there is fluctuation,” Henriques says. “Recycling is the right thing to do. There’s a lot of benefits to it and that’s the direction that we want to focus. There are still markets for it. China’s the one that has caused all the problems.” People in America’s recycling industry hope China will ease restrictions as it has after previous clampdowns. 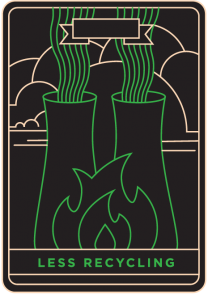 The recyclable material delivered to RRR by the city is recycled and cannot be burned at H-Power or sent to the landfill. But Lori Kahikina, director of the Department of Environmental Services, would like to change that.

“It doesn’t make economic and environmental sense to recycle on Oahu,” Kahikina says. “We did have a consultant do a study for us. If you just look at Oahu, at that one piece of paper or that one plastic bottle, it does not make sense for us to recycle. We’re shipping it to the Mainland or China, using fossil fuels to do that.

“But if you look at it globally, it makes sense because you’re not chopping down another tree or digging up resources in the ground to create that new bottle. If you just look at Oahu, we have an H-Power facility that can (create) renewable energy, and make a profit with HECO in our power purchase agreement.”

The study she describes is an October 2017 audit of the city’s recycling program. It found that the city could have saved $7 million a year on solid waste disposal costs by burning recyclables at H-Power, and generated $29.5 million in additional revenue by selling more electricity to HECO. H-Power currently earns the city an estimated $127 million a year selling power to HECO. 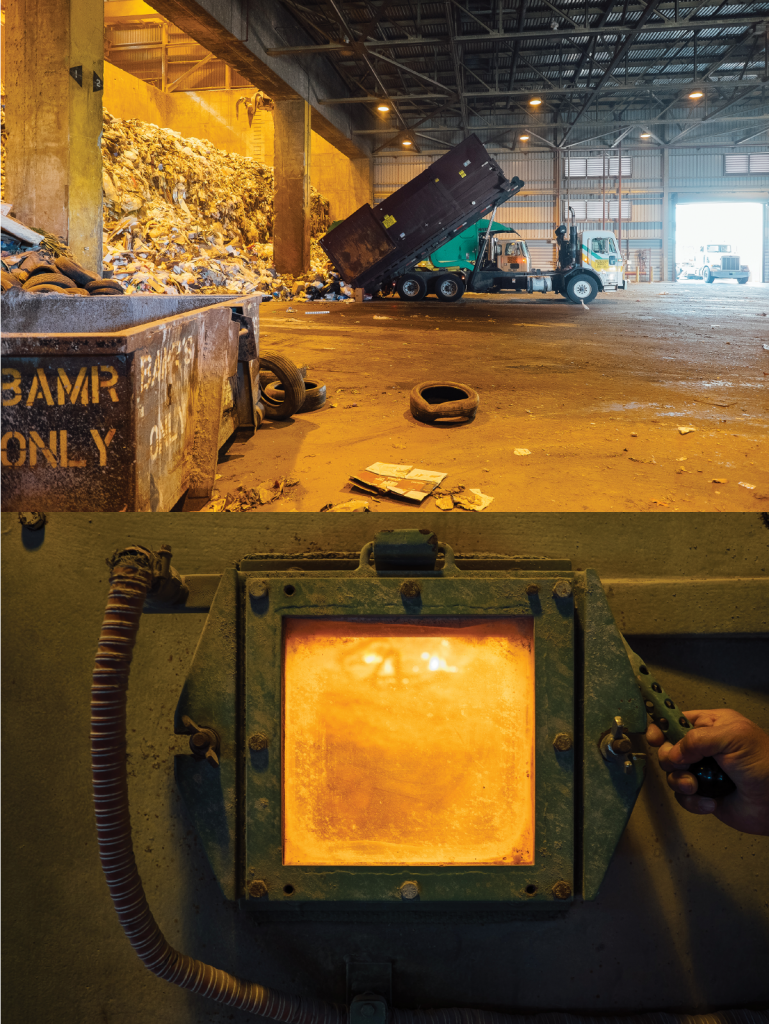 The city is exploring ways to send more recyclables to H-Power, though Kahikina stresses the city isn’t planning to send all recyclables there. She says the city just wants some flexibility to relieve pressure in difficult times, but would not be more specific.

One plan is to reduce blue bin pickup to once a month before the year is over. The city says only half of the blue bins picked up have material in them and those are only about half full on average. Once a month pickup will save the city money, but it also means that if your blue bin is full and pickup is days or weeks away, you will have to put any additional recyclables into the gray bin to be burned at H-Power.

Environmentalists oppose H-Power because of its toxic emissions and the residual ash produced by incineration. The city says the fumes from H-Power are safe by EPA standards but not everyone is convinced. “Who sets EPA standards?” asks Kahi Pacarro, executive director of Sustainable Coastlines Hawaii. “Corporations set the EPA standards through influence on political contributions, etc.” 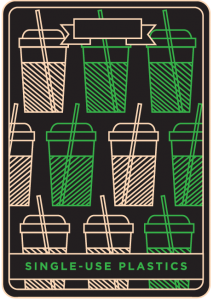 Both environmentalists and the city support source reduction – using less and reusing more and thereby throwing away fewer things. That’s the thinking behind the city’s plastic bag ban that began in 2015 and was refined this year. Both groups also support businesses like Re-use Hawaii, which salvages material from demolition projects and makes it available for the public to use again in construction projects.

Pacarro has other ideas for source reduction. “We’re all stuck in this lifestyle of consumption or throwaway culture where it’s easier to throw it away than it is to do some dishes or go without,” Pacarro says. “Do you really need a straw in your drink right now? You don’t.” 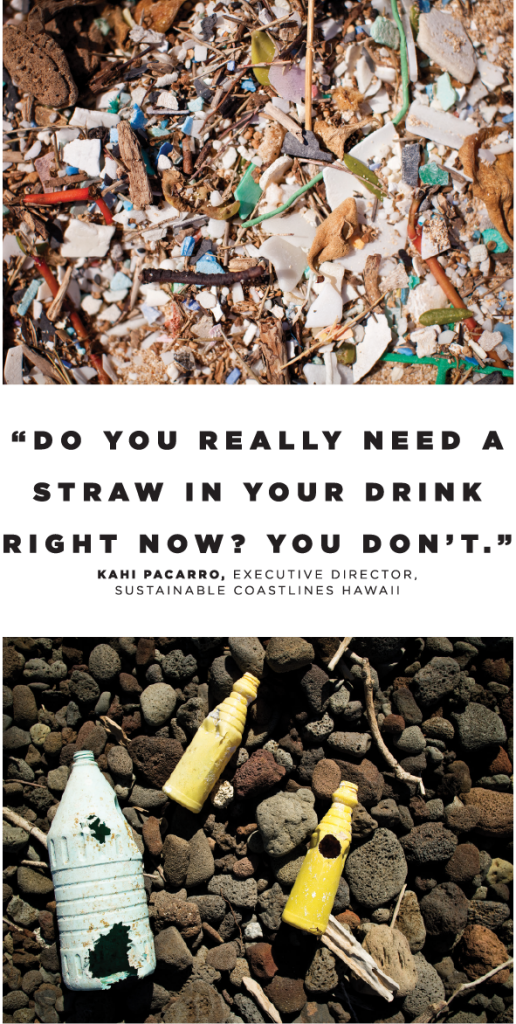 Pacarro believes that the three R’s of recycling – reduce, reuse and recycle – should be: refuse, reduce and recycle. He explains that recycle is the third R on purpose because it’s the last-ditch effort to reduce environmental impact. Refusing to use unneeded or wasteful products would put an end to all single-use plastics, like the millions of bottle caps that litter our land, beaches and oceans. Reducing our consumption is necessary to avoid having more plastic in the sea. The World Economic Forum reports that by 2050 there will be more plastic by weight than fish in the world’s oceans.

Single-use or disposable plastics are the biggest contributor to Earth’s plastic buildup because they account for about half of the plastics the world produces. They are plastics used once then thrown away, like straws, plastic utensils and water bottles. The small size of the straws makes them difficult to be recycled, so they end up in our landfills or ocean. Once there, these lightweight materials slowly break down into smaller and smaller pieces but never disappear. Eventually they become microplastics and might be eaten by fish or turn up in ocean salt.

Senate Bill 2285 would have prohibited the distribution, sale and providing of plastic straws in Hawaii. It failed to pass the Senate Judiciary and Ways and Means committees. Sen. Karl Rhoads, who introduced the bill, says that “even good bills often take years to get passed. We have a pretty good shot at passing a straw bill in the next few years. I don’t know why Chair Taniguchi didn’t support it.” Hawaii Business reached out to Sen. Brian Taniguchi, chair of the Judiciary Committee, multiple times by phone and email for comment but received no response.

Some U.S. cities, including Seattle and San Luis Obispo, California, have banned plastic straws, and some local venues, such as Sky Waikiki and Top of Waikiki, no longer use them.

Bills to ban polystyrene in food service passed in Maui and Hawaii counties in 2017 but failed on Oahu. The Hawaii Food Industry Association has said it would be prohibitively expensive for small businesses to stop using polystyrene containers and that hot and saucy plate lunches would not hold with alternate materials.

Doorae Shin, program manager of Plastic Free Hawaii, rejects those assertions and says businesses that cannot afford a few extra cents per plate lunch to use biodegradable plates or utensils should rethink their business models.

Over 200 restaurants in Hawaii have pledged to be “Ocean Friendly Restaurants” by reducing their use of single-use plastics, according to the Surfrider Foundation. The campaign encourages food businesses to voluntarily give up offering foam containers, plastic utensils and straws to customers.

One interesting proposal would use the fly ash generated at H-Power in construction materials. The ash, which contains toxic materials, is currently dumped in the Waimanalo Gulch landfill; the city says a company has suggested using the ash but has not yet submitted a proposal.

Panos Prevedouros, chair of the Department of Civil and Environmental Engineering at UH Mānoa and a former candidate for Honolulu mayor, says the ash can be used as a base in road construction.

Prevedouros also has thoughts on what should and shouldn’t go into blue recycling bins. He opposes recycling paper on Oahu “because paper is like a form of wood; burn it at H-Power. Why are we wasting desolate resources at all to recycle while we can burn it and fully recycle it like wood and make energy for our people and ash for our roads.”