HITIDE helps faculty, staff and students commercialize their research and innovations. How about a $5,000 space satellite?

Low-cost cubesat kits usually cost around $50,000 to $500,000, but Amber Imai-Hong, a HSFL avionics engineer and program director for the project, says the team wants to sell its version for less than $5,000.

The package would include a basic power system, onboard computer, communication system to connect with the ground, an infrared camera plus an online course and textbook. The goal is to make aerospace education more accessible and affordable for students. 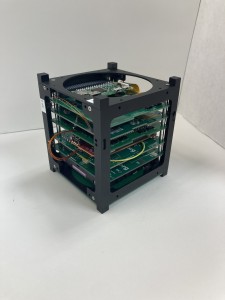 Imai-Hong says the project received a $500,000 grant to develop the kit and curriculum from NASA’s Artemis Student Challenge. And this fall, Artemis CubeSat joined HITIDE, the new incubator run by UH’s Office of Innovation and Commercialization.

The team hopes to learn about the business side of running a tech company. “We’ve never started our own business before and we’re very interested to see if this is something that could be a viable product and be very marketable,” she says.

HITIDE stands for Hawai‘i Technology Innovation Development Ecosystem. The Office of Innovation and Commercialization launched it this year to give faculty, staff and students insights into how to commercialize and spread their innovation and research.

Programs run by most accelerators and incubators last a few months to a year, says George Yarbrough, OIC’s director of innovation and entrepreneurship programs.

But HITIDE focuses on long-term growth versus short-term investment, and its cohorts provide customized education, guidance and support over a period of 12 to 24 months.

“We think that every researcher or academic entrepreneur coming in our program is going to have different needs, so you can’t just blanket them with a curriculum,” says Yarbrough.

HITIDE’s inaugural cohort started in the spring and features three startups in renewable energy. Yarbrough says the curriculum part of the program is completed and OIC is pairing members with aligned mentors and further supporting the three companies, which are: 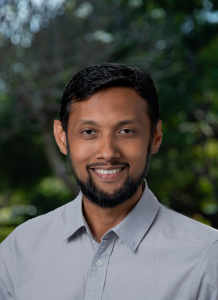 HIL’s mission is to engineer “disruptive solutions to tackle high-tech challenges,” says Arif Rahman, the co-founder and CEO of the company, who was formerly a post-doctoral fellow at UH.

One of those solutions is creating an advanced reflective coating to reduce manufacturing costs. The reflective coating would replace traditional mirror film used in solar thermal technologies such as concentrated solar power, known as CSP.

Rahman says CSP produces electricity more efficiently than photovoltaic because it can make and store thermal energy, which enables power generation during cloud cover and after the sun sets.

But CSP requires large capital investment and costs more than PV. Rahman says that if HIL can successfully commercialize its product, it could reduce the capital cost of CSP mirror film by 50% to 60%. Learn more at tinyurl.com/hawaiiinnovationlab.

Improved forecasting helps utility operators estimate how much solar power will be produced based on factors such as cloud cover and other weather-related events, according to Giuseppe Torri, Nimbus AI’s science lead and assistant professor of atmospheric science at UH Mānoa. 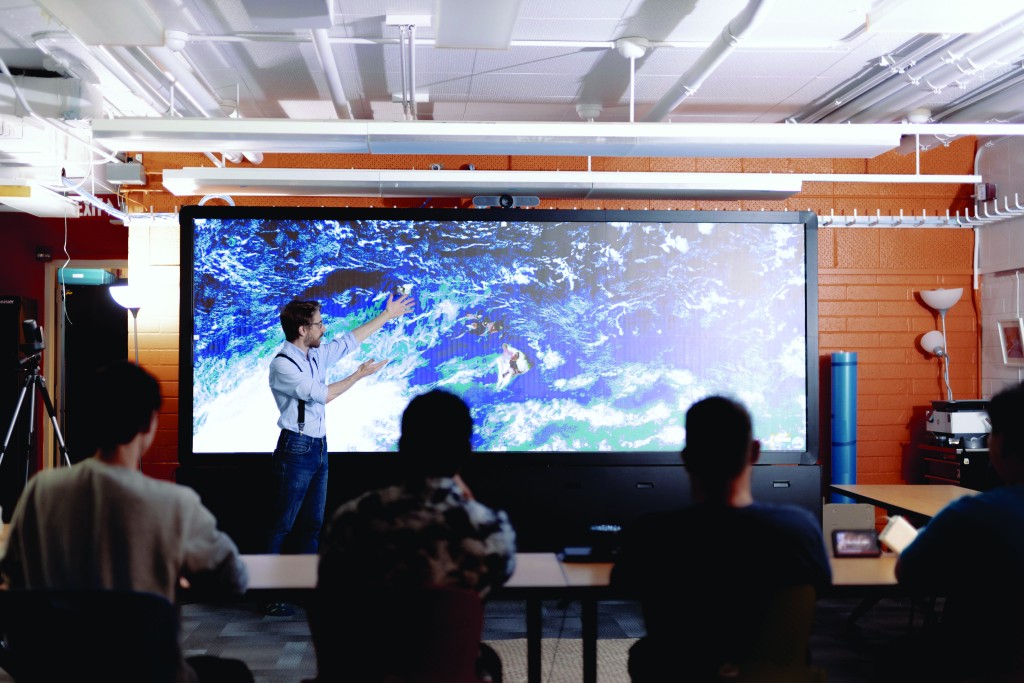 “(It can) help reduce the unpredictability of solar energy production,” which could lower energy costs in Hawai‘i, says Peter Sadowski, the company’s AI lead and an assistant professor of computer science. Learn more at tinyurl.com/nimbusai. 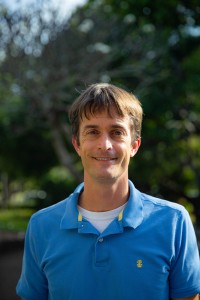 That’s why he says he is developing technology that provides real-time data, analytics and controls to optimize the use of renewable energy in smart appliances, electric vehicles, home battery systems and more. Learn more at tinyurl.com/edge-energy.

Leaders of all three spring cohort companies say they learned valuable skills to run their businesses and established personal connections in the energy industry. They also valued the longer-than-normal incubator experience.

Davies says a lot of the incubator and accelerator programs he considered joining were “very much like a sprint,” sometimes lasting just two to three months. He called it “very destructive,” especially for someone like him, with a science and engineering background who likes to “think deeply and slowly and methodically” when developing technology.

That’s why HITIDE intrigued him. “(UH) really understood what we were up against as faculty members and as entrepreneurs of technology.”

Rahman says the connections he made are invaluable. “The journey of entrepreneurship is kind of lonely,” but now, he says, he has mentors he can rely on for advice when challenges arise.

He says that when he started at the university more than 30 years ago, “it was very difficult for faculty to actually commercialize their research.” Now, through improvements, support and investment by UH, it has “become a much more robust innovation ecosystem.”

Syrmos says UH brings in hundreds of millions of dollars in federal funding every year that lets faculty and staff do cutting-edge research in science and technology.

“How we successfully commercialize the technology and translate it into real-life products that will benefit society is an art that we’re trying to improve upon and master,” he says.

Syrmos says programs such as HITIDE align with the university’s strategic plan. One of UH’s four imperatives is helping to diversify the state’s economy through research and innovation.

“Part of our DNA and mission is to take some of that public funding that has been invested in us mostly from the federal government and turn it into products that actually can help other people,” he says.

UH received a $2.7 million CARES Act grant to start HITIDE. Another $1.8 million will be invested in UH tech startups through the incubator over the next three years, with seed funding provided through OIC’s UH Ventures LLC.