Should You Vote Yes or No on Property Tax Measure?

The state Legislature is trying to muscle into the counties’ main area of taxation, property taxes, and voters will choose Nov. 6 whether to let that happen. It’s such a fundamental shift in Hawaii taxation that a yes vote doesn’t just change the law, it amends the state Constitution.

The Legislature, at the urging of the teachers union, wants to raise more money for public schools. But instead of raising an existing state tax – such as the excise, income or hotel room taxes – state lawmakers want the authority to raise property taxes on “investment properties.”

This radical proposal is a good opportunity to step back and look at Hawaii taxation in general. The state government collected 44 percent of its revenue from the general excise tax in fiscal 2017, according to the state Department of Taxation’s latest annual report. The GET is not a sales tax, but that’s its closest equivalent in Florida and Nevada – two other states with lots of tourists that get more revenue from sales taxes than any other source. In each case, the tax is partly aimed at getting tourists to help pay for roads, police, parks and everything else they depend on. There are also hotel room taxes in all three states.

Neither Florida nor Nevada impose an income tax, but our state government got 30 percent of its revenue from the individual income tax. Those and many other taxes make Hawaii the third highest state in per capita tax collections: $4,843 a person, according to the latest figures from the national Tax Foundation. Even with tourists paying part of that, we are still a heavily taxed people.

The state Legislature is asking voters to add property taxes to that big mix of state taxes. If most voters choose yes on “The Hawaii Surcharge on Investment Properties to Fund Public Education Amendment,” the Legislature would have the authority to establish a tax on “investment properties” on top of property taxes already charged by the counties. The original bill would have applied to residential properties valued at more than $1 million, but the final version – what you vote for on Nov. 6 – leaves it up to the Legislature to set the tax rate and the minimum property value, and to define what are “investment properties.”

We already pay a lot of taxes and those question marks make a yes vote even harder. But two factors make a yes vote worth considering. One is that the would-be beneficiary – public schools – is a worthy cause, though I share many people’s fear that the DOE will use the money inefficiently. And there’s nothing to stop the Legislature from using this new revenue to fund schools but shift money now going to education to other projects.

If everyone paid their fair share into the big pool of revenue, it wouldn’t matter much if you paid with property, income, excise or whatever taxes, as long as the overall system was progressive and incentivized hard work, investment, smart risk taking and economic growth. The problem is there is a significant and growing group of people who are not paying their fair share of taxes: Mainland and foreign residents who have their second, third or 18th home in Hawaii pay relatively low property taxes here compared to their homes elsewhere and pay no Hawaii income tax. They only pay excise tax and fuel tax during the two or three weeks a year they spend here. 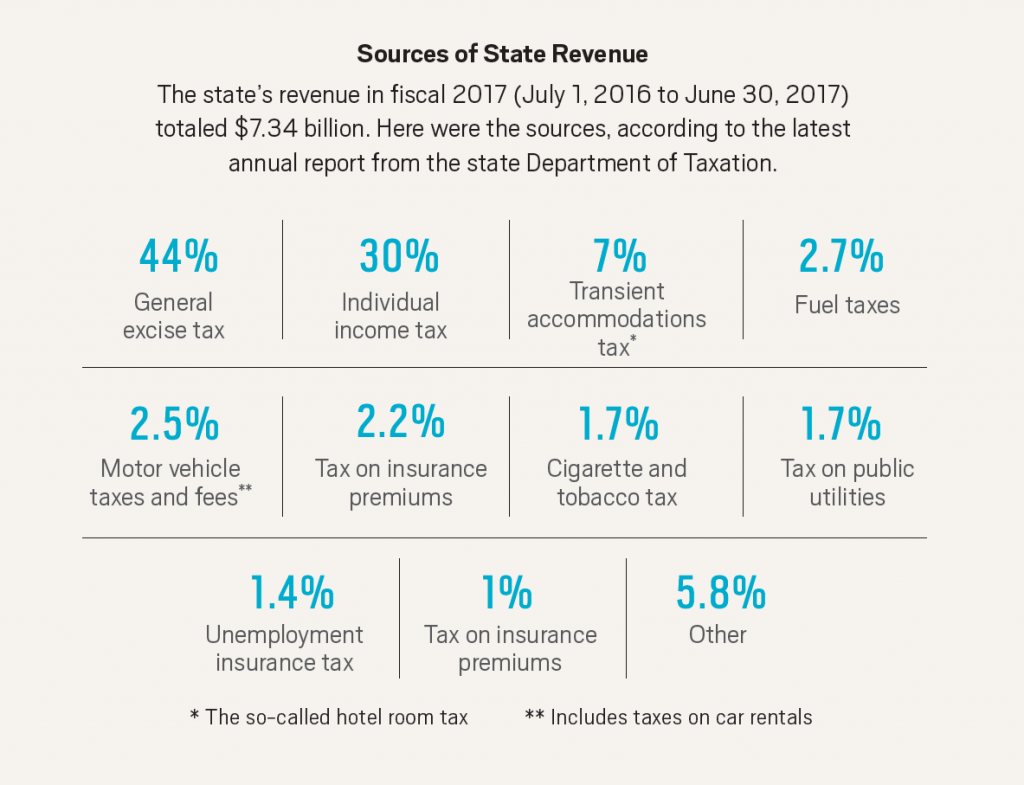 After dinner, my wife and I like to walk on Lanikai Beach. After 32 years in the neighborhood, we know the beachfront homes well. They can be divided into three categories. The first category of homes are owned by locals, a shrinking group of beachfront owners who live and work here and pay their fair share of local taxes; we can spot those homes easily because they are almost always lit up when we walk by at night and we know some of the families.

Buildings in the second group look like homes but are now hotels. They shouldn’t be allowed in residential neighborhoods, period. If we can’t prevent them from being hotels, they should be taxed like hotels. That means pay the excise tax, hotel room tax and higher property taxes than residential homes.

For all newcomers, here’s the implicit social contract Hawaii made with the hotel industry a couple of generations ago: We will let you build on prime real estate, crowd our beloved beaches and block views as long as you provide lots of decent-paying jobs, pay higher property taxes and stay in the resort areas. Hotel room taxes were later added to that social contract. The “hotels” in our neighborhoods break this social contract six ways from Sunday.

Just as bad are the absentee owners. At least the tourists living next door spend their money here and pay the excise tax in stores and restaurants. These absentee owners pay most of their taxes in California, Canada, China or wherever they live. They don’t pay the income, excise, fuel and other taxes you do. And they don’t coach a soccer team, clean the beach, raise money for your school or the thousand other things that keep Hawaii functioning. The fact that some let a single caretaker live in the tiny cottage doesn’t make up for a five-bedroom house that sits empty 48 weeks of the year while we have a housing shortage. (I’m not going to address the issue of renting part of your home to tourists; B&Bs are a complicated issue that deserve their own column.)

Please don’t argue that locals can’t afford such expensive homes. Local people used to own more prime homes until they were bid out of reach by wealthy outsiders. If the price of a fabulous home drops to $7 million, more locals could afford it, and they would sell their $5 million home to another local family, who would sell their $3 million home, who would – you get the picture. And if you rent a home long-term to a local family that pays local income and other taxes, I think your property taxes should not go up from the standard rate.

If we can’t get these vacation homes into the hands of local families, then they need to be taxed at a much higher rate, probably both at time of sale and through annual property taxes. Other jurisdictions that attract lots of outsiders, such as Vancouver, have imposed rules on outsiders that have seen prices become more sensible.

If outside investors contribute their fair share to our state, we could give more resources to schools, give young teachers a raise and have money left over to reduce the taxes on struggling local people who need a break.

That brings me back to the ballot question we will face on Nov. 6. Despite what I have just written, I will vote no, because I think property taxes should remain strictly with the counties. The state is already taxing plenty of other things. Plus the ballot issue is so loosely worded that it could potentially affect every building owned by investors, including shopping centers, warehouses, office buildings and hotels. Higher taxes on them would be passed on to tenants in the form of higher rents, and ordinary consumers would end up paying those costs.

But I think the counties should raise those property taxes for the homes I mentioned and keep property taxes low for locals. Instead of muscling in on the counties’ turf, the state Legislature could help support the counties’ efforts to keep hotels out of our residential neighborhoods. I would vote yes for that.