How New, Agile Networks of People Are Helping Hawai‘i

Pandemic and protest. Recession and rioting. The first half of 2020 pulled no punches.

Hawai‘i dodged the worst of the pandemic, and we haven’t yet had any riots, but the situation is dire. Massive unemployment, sinkholes in the state budget and crippling uncertainty.

The scale of our crisis is compounded by infighting. In a time when we need to work together, we seem more divided than ever. How can we achieve unity?

Since statehood, Hawai‘i has been dependent on corporate and government bureaucracies to manage social, economic and political relationships. In crisis, these organizations are not always responsive enough.

Yet in the midst of chaos, an alternative form of organization is serving important needs. Networks are forming around common goals, interests and principles. Members of these networks are coming together to help people in need, kick-start the economy and pave the road to a sustainable future.

These networks are flexible and decentralized. They bring together representatives from many organizations. And they provide an alternative way to get things done. Here are three.

Networked Around a Goal: Every1ne Hawaii and #Masks4All

When the pandemic arrived, workplaces and county governments required face masks, but stores were sold out. Every1ne Hawaii pivoted to a new goal: distributing free masks. During their #Masks4All campaign, the group raised funds, ordered 2 million masks from a factory in China, and worked with friends, family and community partners across the Hawaiian Islands to distribute them. 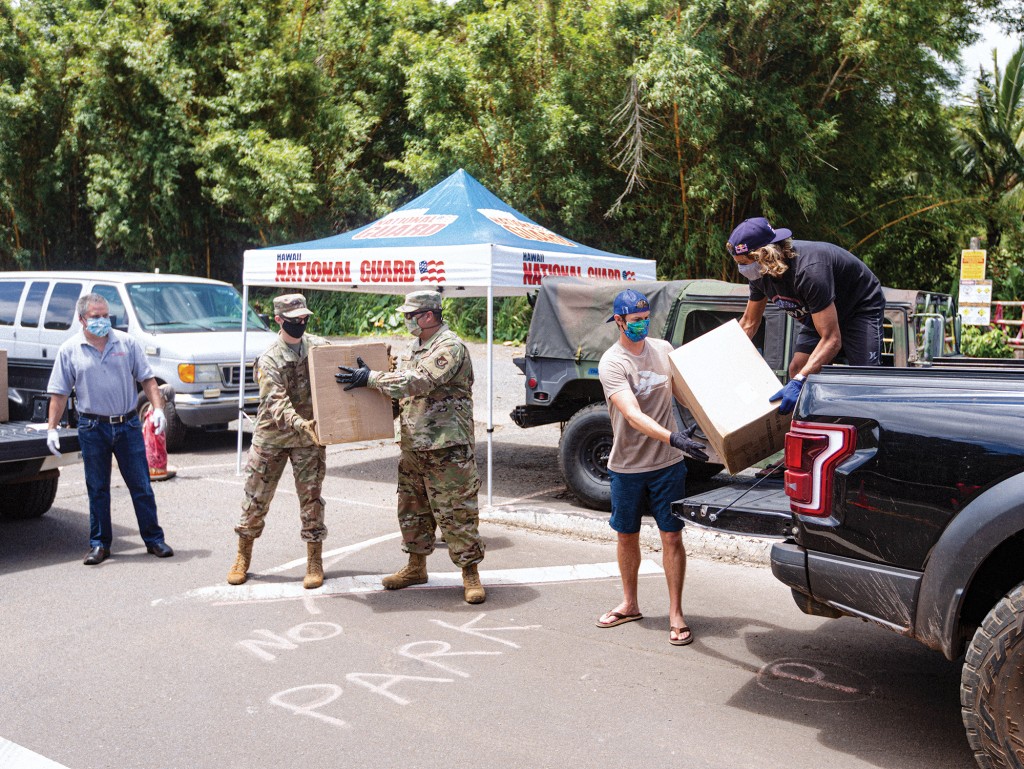 Every1ne Hawaii worked with the Hawai‘i National Guard to distribute masks in Hāna (pictured) and elsewhere on Maui. | Photos: Courtesy of Every1ne Hawaii

These community partners reached out to their networks, activating more people. Hundreds of people participated in what Velasco calls “the ultimate coconut wireless.” This network allowed Every1ne Hawaii to solidify a statewide distribution network within three days of receiving the masks on O‘ahu.

Darryl Oliveira of HPM Building Supply had a connection with the Hawai‘i Army National Guard, which helped fly 200,000 masks by helicopter from O‘ahu to Hawai‘i Island. Every1ne Hawaii reached out to Janice Ikeda of Vibrant Hawai‘i, which led the distribution on that island and was supported by Kūha‘o Zane. 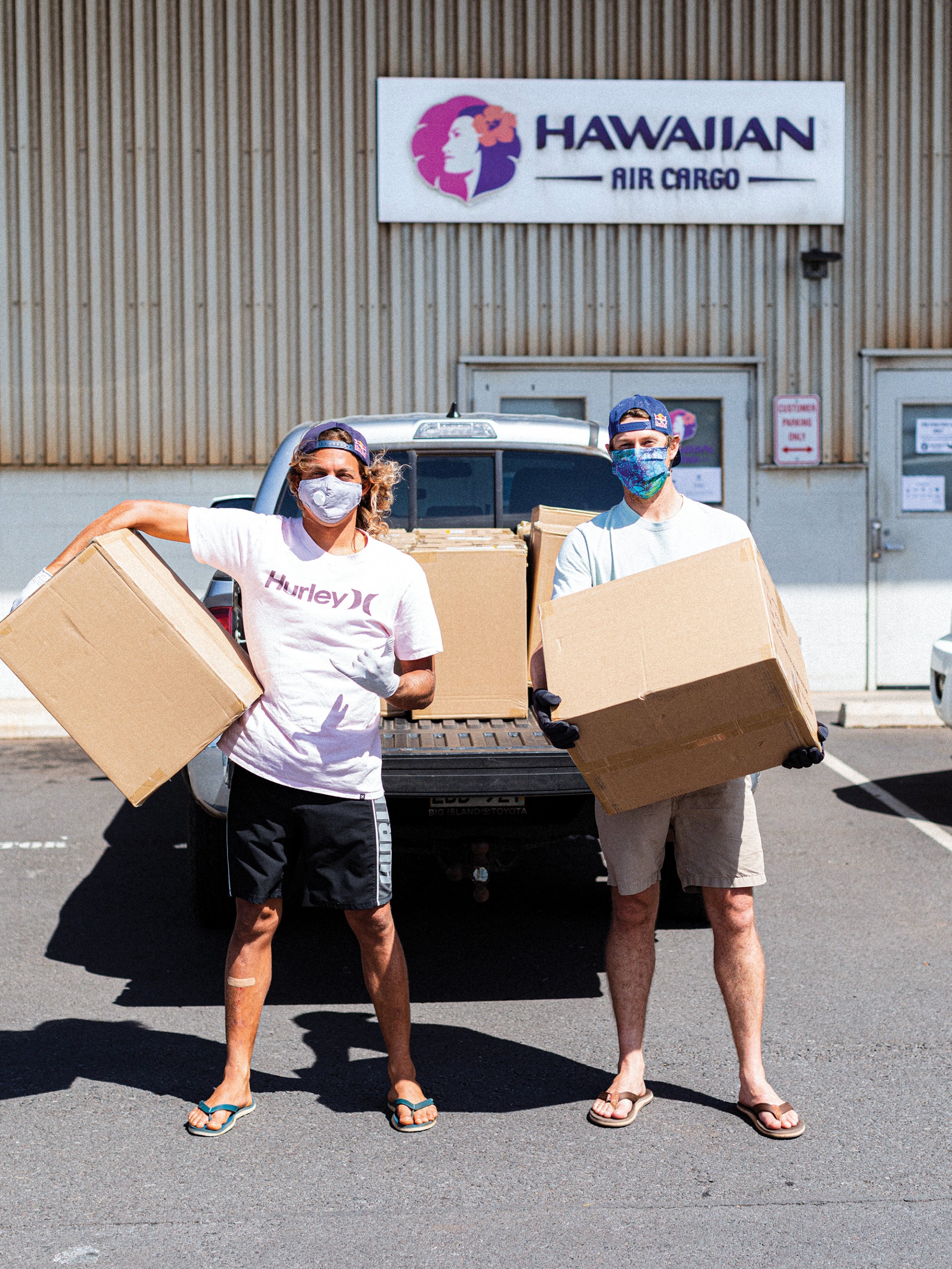 “Everybody stepped up and found a way to help,” Velasco says. “There’s no way that we could do this with nine people. Truly, hundreds of people have helped to make this possible.”

Every1ne Hawaii is now returning to its original goal, increasing civic engagement. The core group members plan to use their existing relationships as the basis for ongoing collaboration, working with social influencers and community partners to spread awareness about voter registration.

In early May, a committee of landlords, retailers, business leaders and retail associations created a plan for the phased reopening of retail operations.

Lynelle Marble, executive director of the Hawai‘i Executive Collaborative, saw a need to coordinate efforts to avoid duplication. “Restaurants and retailers were working on their individual checklists, but they were looking for an overarching agenda,” Marble says. “Everyone agreed to work on a guide that would provide overarching policies and protocols.”

Committee members met for the first time on May 6. Within 48 hours, they produced the “Hawai‘i COVID-19 Retail Reopening Guide.” They sent the guide to retailers and restaurants, the mayors, the governor and the state’s recovery navigator, Alan Oshima.

A&B CEO Chris Benjamin recognized that his company would have a big role in the reopening effort. A&B is Hawai‘i’s largest grocery-anchored retail property owner, and a safe and speedy reopening was vital for its tenants. 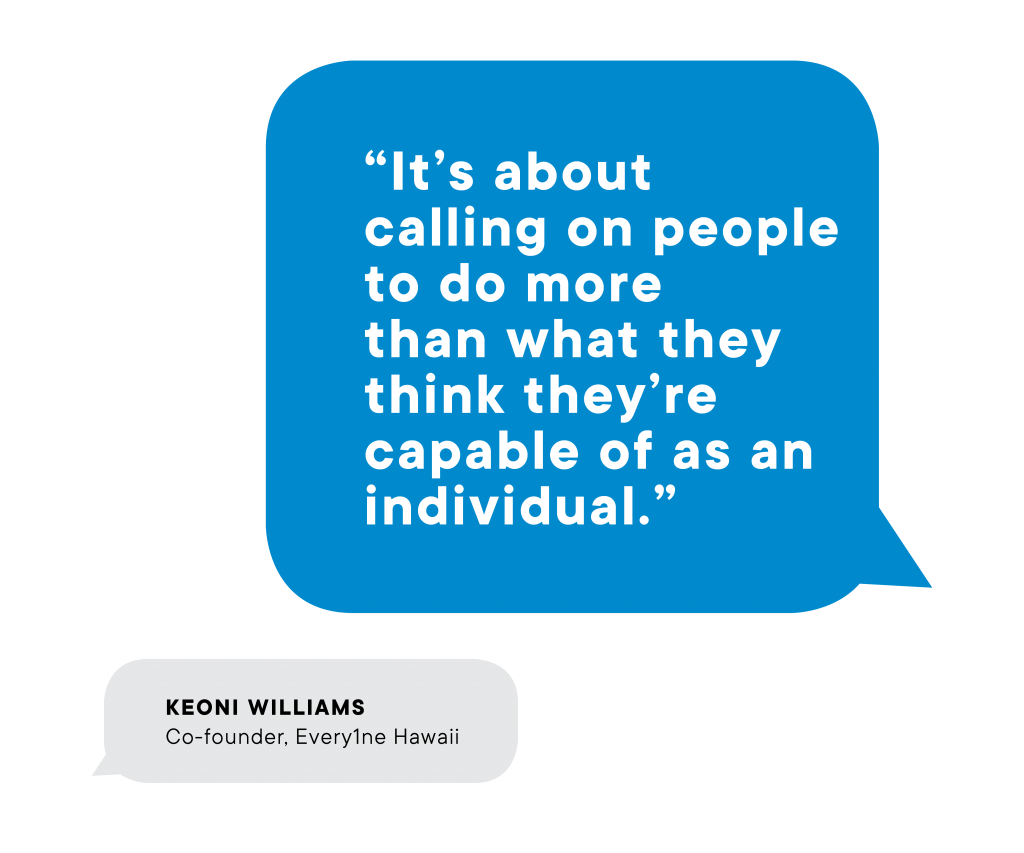 Kit Millan, A&B’s senior VP of asset management, was already in touch with landowners and retail tenant associations. Millan had read the CDC and Johns Hopkins University reopening guides and was researching the reopening plans of other states and countries. When the group formed, he shared the resources he’d been working on.

Members of the committee provided feedback and suggestions, each offering a different perspective. The diversity of perspectives was valuable because existing guidance wasn’t responsive to the needs of all stakeholders.

Tina Yamaki, president of the Retail Merchants of Hawaii, was dissatisfied with some reopening guidelines produced by government agencies and committees that “didn’t have experience in retail operations.”

Many of these plans were designed with grocery stores in mind, but they weren’t responsive to the needs of local businesses like clothing stores or crack seed shops. Yamaki wanted a simple, visual guide to reopening that would reflect the needs of the diverse retailers in her association. 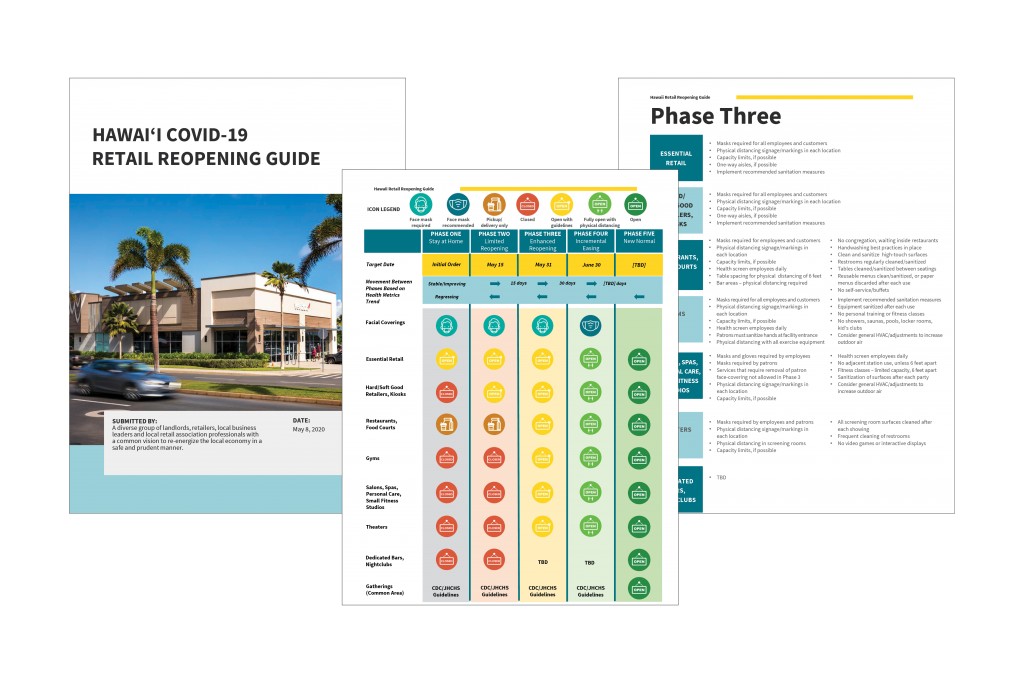 Pages from a guide created by a collaborative of landlords, retailers, business leaders and retail associations to guide the re-opening of the industry.

The final product was only seven pages, with color-coded visuals explaining which businesses should be allowed to reopen in each phase. Specific guidance was provided for different business types, including gyms and restaurants.

The committee convened with the limited goal of producing the guide, though ongoing collaboration will be needed to ensure safety, monitor health outcomes and respond to any resurgence of the virus.

The members of the committee will continue “to work collaboratively” because they are “bound by common interests,” Benjamin says. “COVID-19 doesn’t end when retail opens.”

The committee came together through a series of informal conversations. They recognized that because of the economic crisis, policymakers would face tough decisions. With input from others, the committee says it produced five principles to guide the economic recovery effort toward a more equitable and more sustainable future. They want to support:

At the time of this writing, 100 organizations and more than 100 individuals have signed on to support the principles, the committee says. The committee plans to revise the list, with input from other Uplift Hawai‘i members; the expectation is that the revised principles will help influence
policy decisions.

Dawn Lippert, CEO of Elemental Excelerator, views the principles as a way to bring people together during the economic crisis to discuss and make decisions about the future of Hawai‘i. 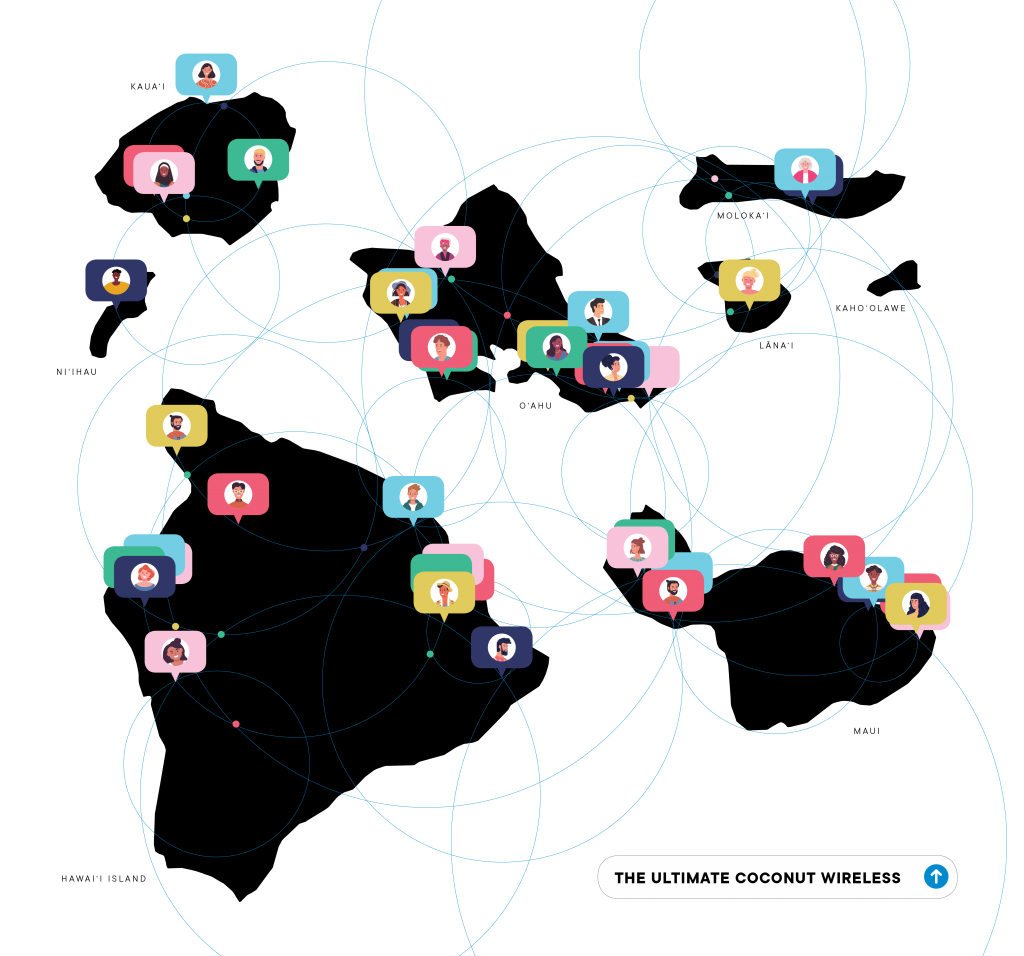 “This is an imperfect set of principles,” Lippert admits. “Any plan will be imperfect. The best way to move forward is to get as many people as possible in the room and reflected in these decisions.”

Gavin Thornton, executive director of the Hawai‘i Appleseed Center for Law and Economic Justice, says that a set of shared principles can help decision-makers push through policy gridlock. In his policy work, Thornton has watched people “beat heads against a wall year after year.” He’s seen “countless reports, countless plans.” The task now is to find a plan people can agree on.

Billy Pieper is a VP at Barclays, the international financial services company, where he oversees the Hawaiian Airlines World Elite MasterCard program. He believes principles can guide community leaders to better decisions. “Values and principles shape decision making,” Pieper says. “Leaders are hungry for this.”

Ikaika Hussey, an organizer for Unite Here Local 5, views Uplift Hawai‘i’s principles as emerging from Hawaiian culture. They reflect what the Native Hawaiians “figured out over thousands of years,” he says. 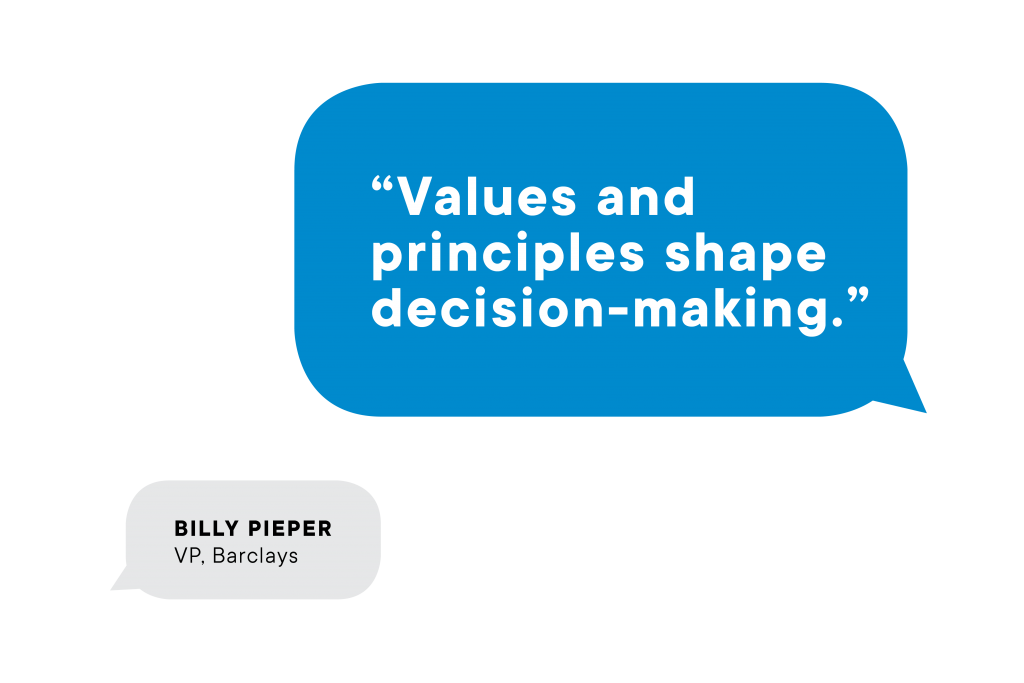 Hussey and Keoni Lee were also involved in writing the ‘Āina Aloha Economic Futures Declaration, a set of shared principles backed by an extensive network.

Uplift Hawai‘i includes the Economic Futures Declaration in its “potluck of resources,” a collection of presentations, reports, fact sheets and vision statements related to its objectives. Uplift Hawai‘i says it intends to support other efforts to create change and serve as a bridge between them.

Of course, agreeing on principles is easy. The hard part is translating those principles into policy. Our legislators share this task with Alan Oshima, the state’s economic and community recovery navigator appointed by Gov. David Ige.

Oshima views the recovery as “a play with an ensemble cast and no lead actor.” To make it through the recovery, he says, we’ll need to manage expectations, support safety nets and listen to different voices.

As navigator, Oshima has convened 18 economic sector groups to provide input in the recovery planning process. He’s working with these groups to strengthen existing ties and establish new connections between leaders in unrelated economic sectors. These new networks will facilitate collaboration and stimulate innovation during the recovery, he says. 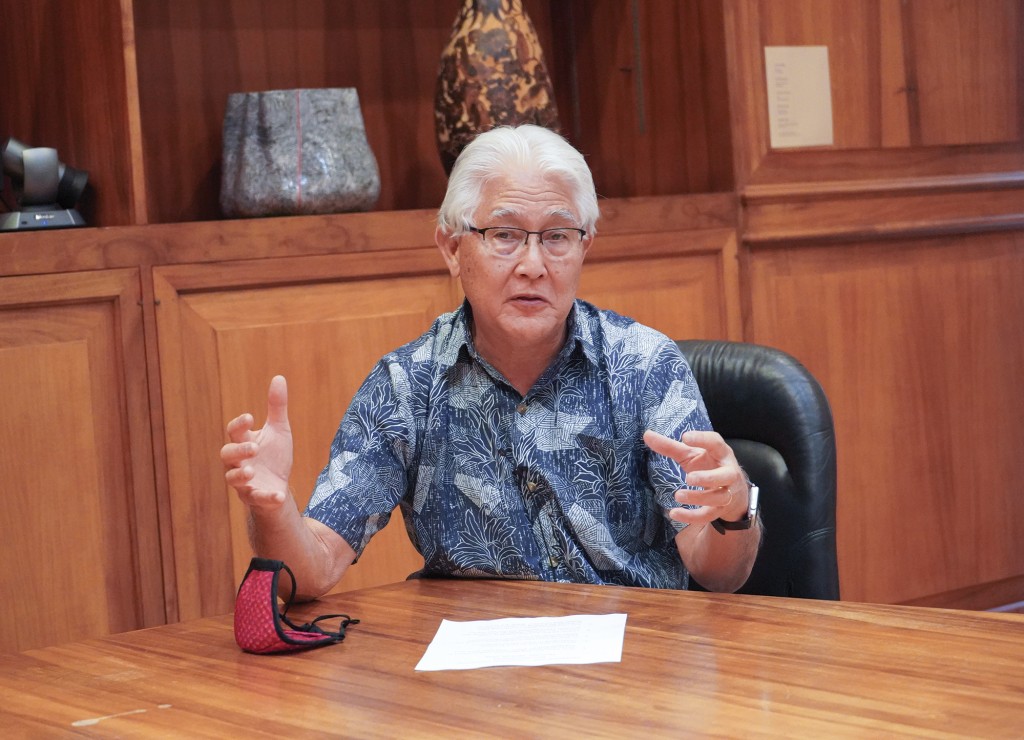 Alan Oshima, a former president and CEO at Hawaiian Electric Co., was appointed by Gov. David Ige to be the state’s economic and community recovery navigator. | Photo: Courtesy of Office of the Governor

Oshima says we shouldn’t “build an economy that looks like now, just bigger and better.” Instead, we need to take “an inventory of the new world.” Because of technological improvements in telework, telemedicine and remote learning, Hawai‘i’s “geographical isolation is no longer an impediment.”

“We already know how connected we are to each other,” Oshima says. “But connectivity has revealed our fragility. (After hurricanes) Iniki and Iselle, the damage was localized. The effect of the pandemic has been huge.