Exploring the Other Final Frontier

The Hawai‘i Undersea Research Laboratory is home to two of the world’s eight manned deep diving research submersibles. Operations director Terry Kerby (pictured) says that once a year, HURL’s two subs, Pisces IV and Pisces V, are loaded on an open-ocean research and support ship for a four- to five-month dive expedition that typically begins in August. Neither sub requires a tether to the mother ship when diving.

The two subs working together – plus the mother ship fully equipped for long voyages – open a lot of possible areas for research and exploration, Kerby says. Lō‘ihi seamount southeast of Hawai‘i Island, often dubbed the “next Hawaiian island,” was first explored by HURL in 1987. “As I’m dropping to the bottom, I’m asking myself, ‘What am I doing diving a submersible onto an active submarine volcano?’ My reservations were over after that dive. I was a volcano addict,” Kerby says.

(Below) Kerby is photographed inside the Pisces V, which can carry a pilot and two passengers down 6,500 feet for eight-hour workdays. HURL’s location in Hawai‘i and its three decades of experience give it a unique capability to explore the Pacific’s rugged seamounts, Kerby says. “Tethered vehicles would have trouble operating in a lot of the overhanging areas the Pisces get into.” The close-quarters subs are equipped with five days of life support. 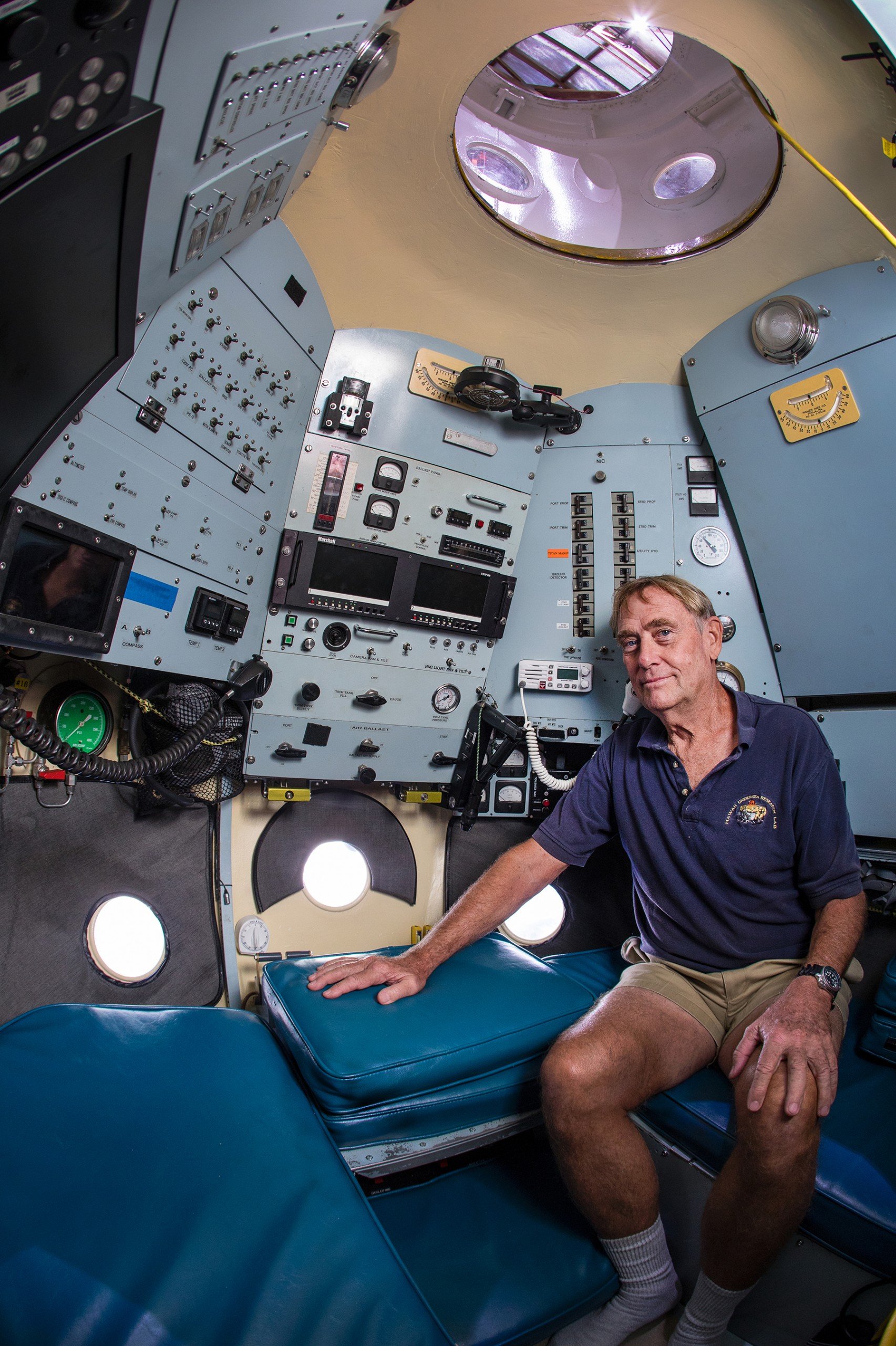