Whether you’re a die-hard fan or just a proud parent trying to keep up with your child’s team, three local websites help you follow high school sports in Hawaii.

ScoringLive, run by Oceanic Time Warner Cable, has a comprehensive array of statistics, student-athlete profiles, team standings and game recaps. It also offers live streams of TV and radio broadcasts, and past events can be accessed from its archive.

Four or five sports are highlighted on its front page in tabs, depending on the season. During the late summer and fall, for instance, football is among the highlight sports. 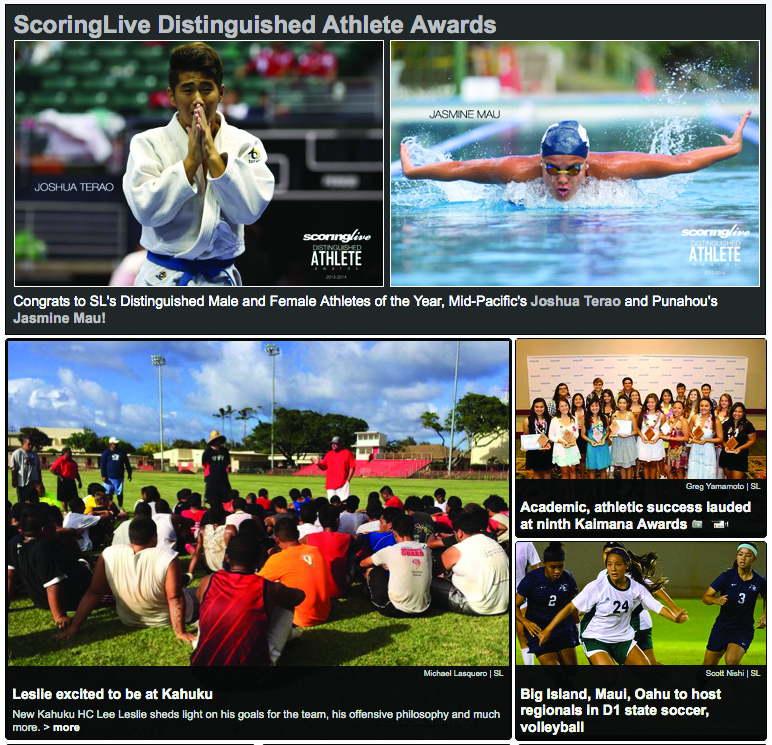 Sports High is the official website of the Hawaii High School Athletic Association. Sports are categorized by season: fall, winter and spring. Twitter is the site’s main platform when covering live events and, when the events are completed, statistics are neatly packaged with photos.

This website displays schools that are members of the HHSA – which includes both public and private high schools – and provides emails of some of the schools’ coaches.

One aspect that separates Sports High from the other two sites is its scholarship opportunities. Each year, the main program, the High School Hall of Honor scholarship, gives 12 student-athletes $2,000 each to help defray their expenses for higher education.

A bulletin board provides information about employment opportunities, such as coaching and referee positions. 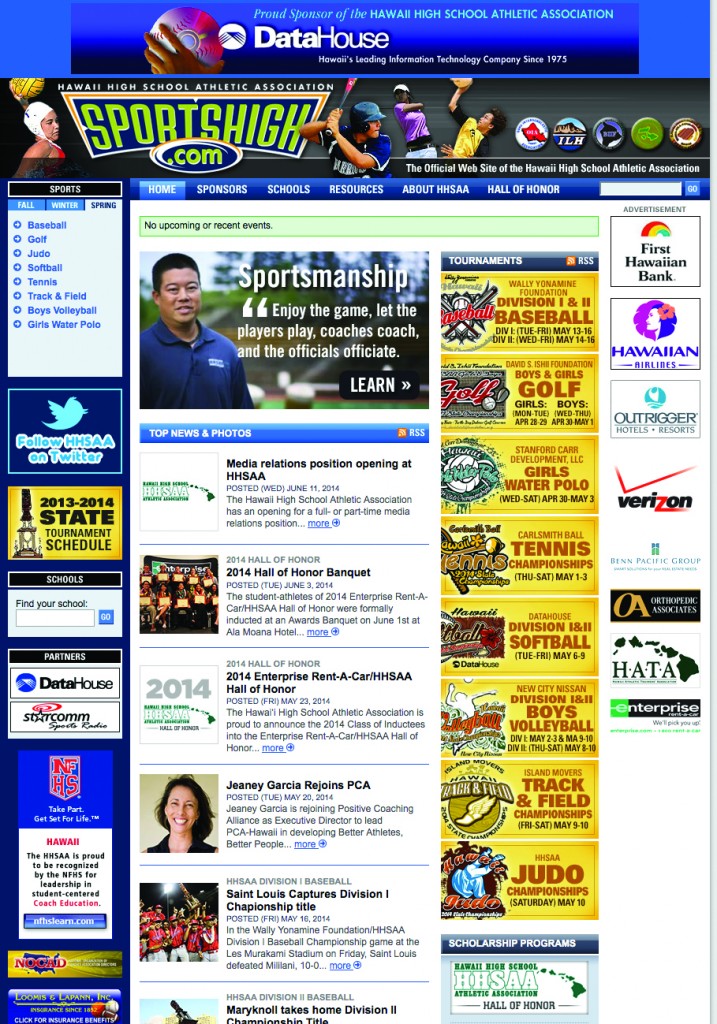 Hawaii Prep World, run by the Honolulu Star-Advertiser, offers stories, live blogs and event videos. Its homepage primarily focuses on football, basketball, soccer and wrestling. If you’re looking for other sports, the bottom of the homepage categorizes sports by season.

There are some interesting stories pertaining to athletic administration in its archive, but they are outdated. 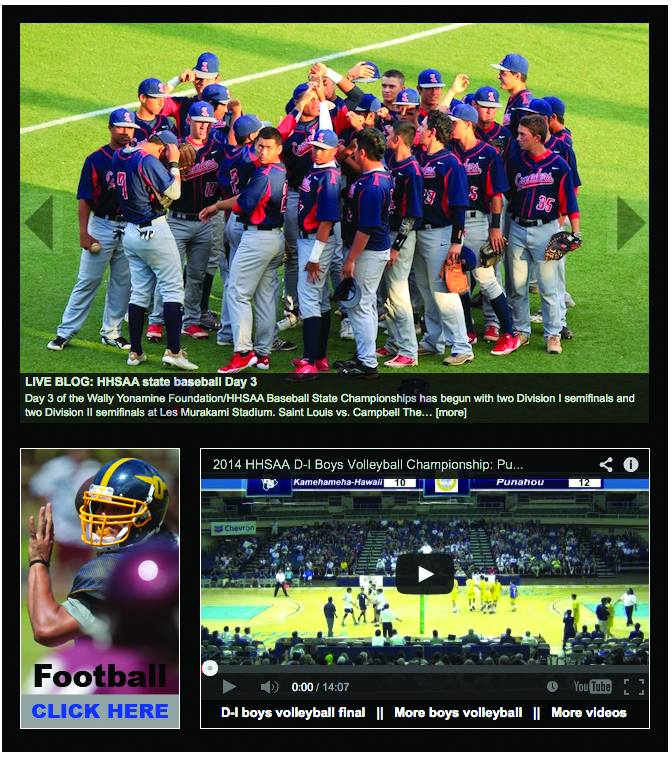 Born: Honolulu (grew up in Colorado)

Born: Honolulu (grew up in Virginia)

This article appears in the August 2014 issue of Hawaii Business Magazine.
Categories: Lifestyle