What the Engravings Show

Some of the columns under the rail’s 21 stations do more than just provide support – they tell stories.

Daniel Kanekuni, executive VP at WCIT Architecture, designed the images that appear on the embossed columns. Each station’s 12-panel embossing is based on storylines, legends or other elements unique to the particular area. He says the research behind the designs was done by WCIT and DTL, a Hawai‘i company that creatively interprets culture through planning and design.

Some panels under the UH West O‘ahu station depict the rising sun; pueo, an ‘aumakua found in the Hono‘uli‘uli preserve; and the rich fishing grounds of Hono‘uli‘uli. 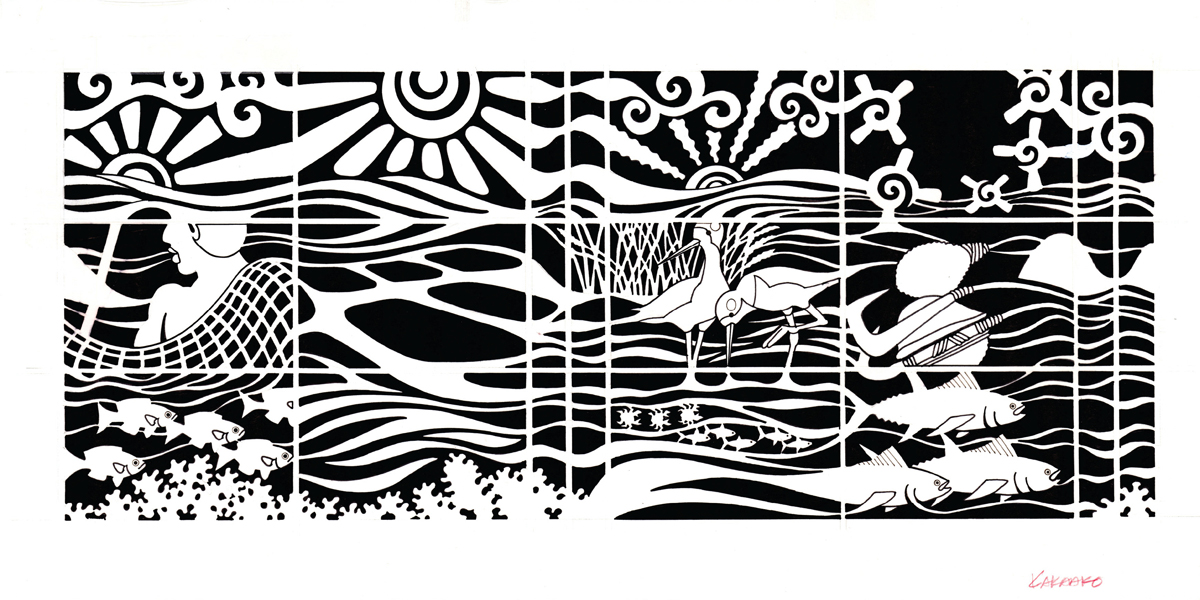 Column design for the Kaka‘ako rail station feature ae‘o, native birds that were once common in the area. | Illustration: courtesy of WCIT Architecture 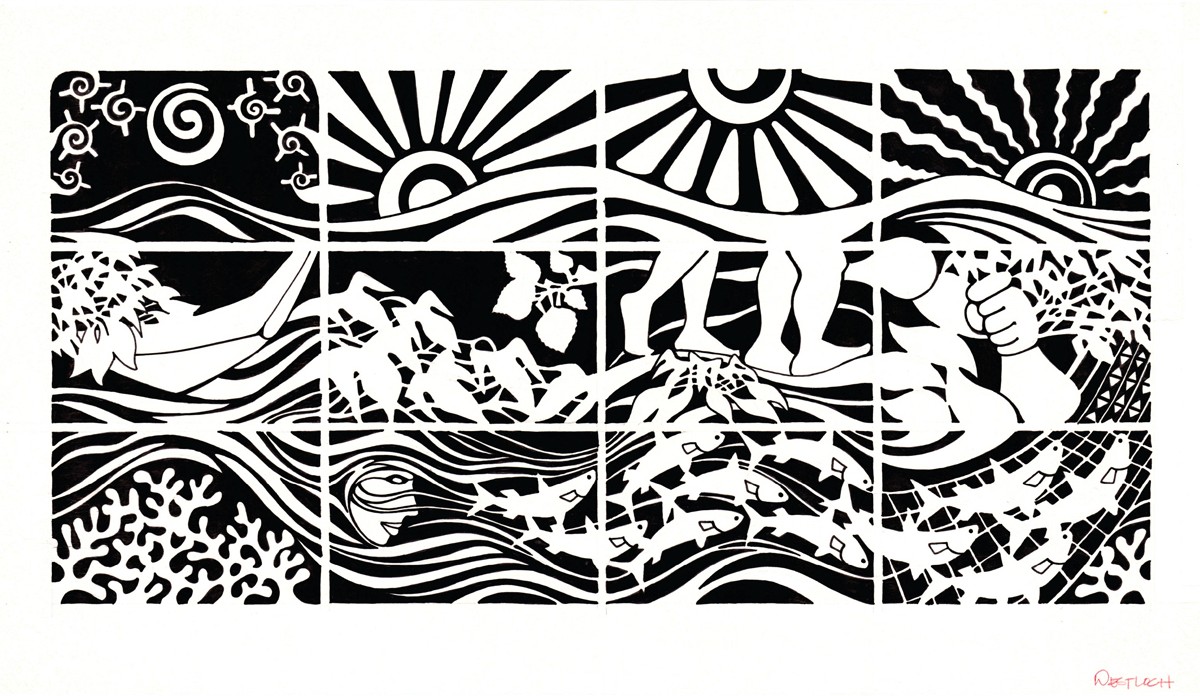 Column design for the West Loch rail station tells the legend of ‘Anaeholo of Kaihuaopala‘ai. | Illustration: courtesy of WCIT Architecture

That was a lot, right? We just told you why the rail’s price tag has continued to increase, what the largest contracts are and whether Honolulu is the only rail project with such a large cost overrun. We also documented the project’s major milestones and some of the past attempts to build a rail on O‘ahu. Click the images below to explore the series, or click here to go back to the beginning. 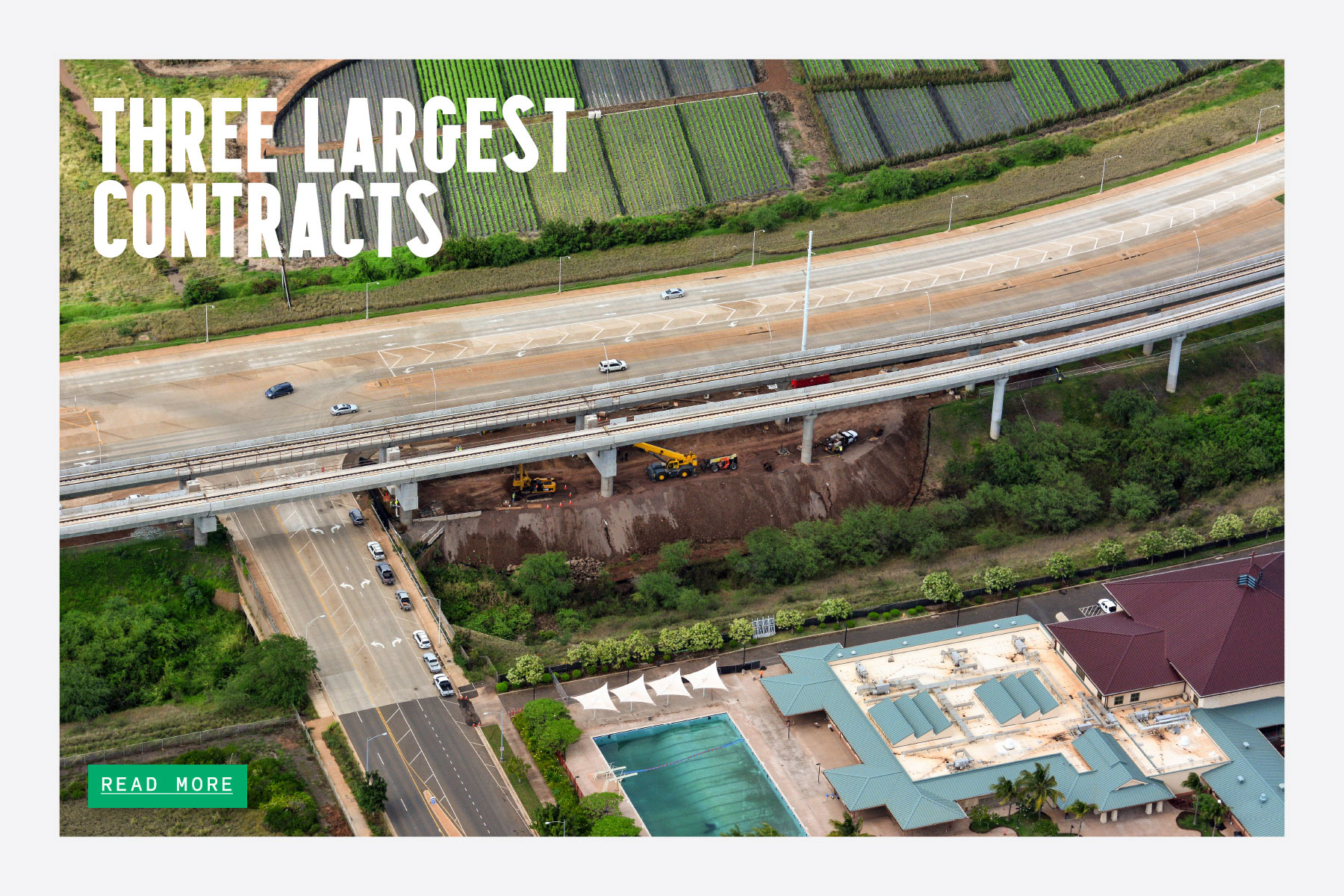 We looked through the project’s publicly available documents to identify the biggest contracts and how much they cost. Click here to read more >> 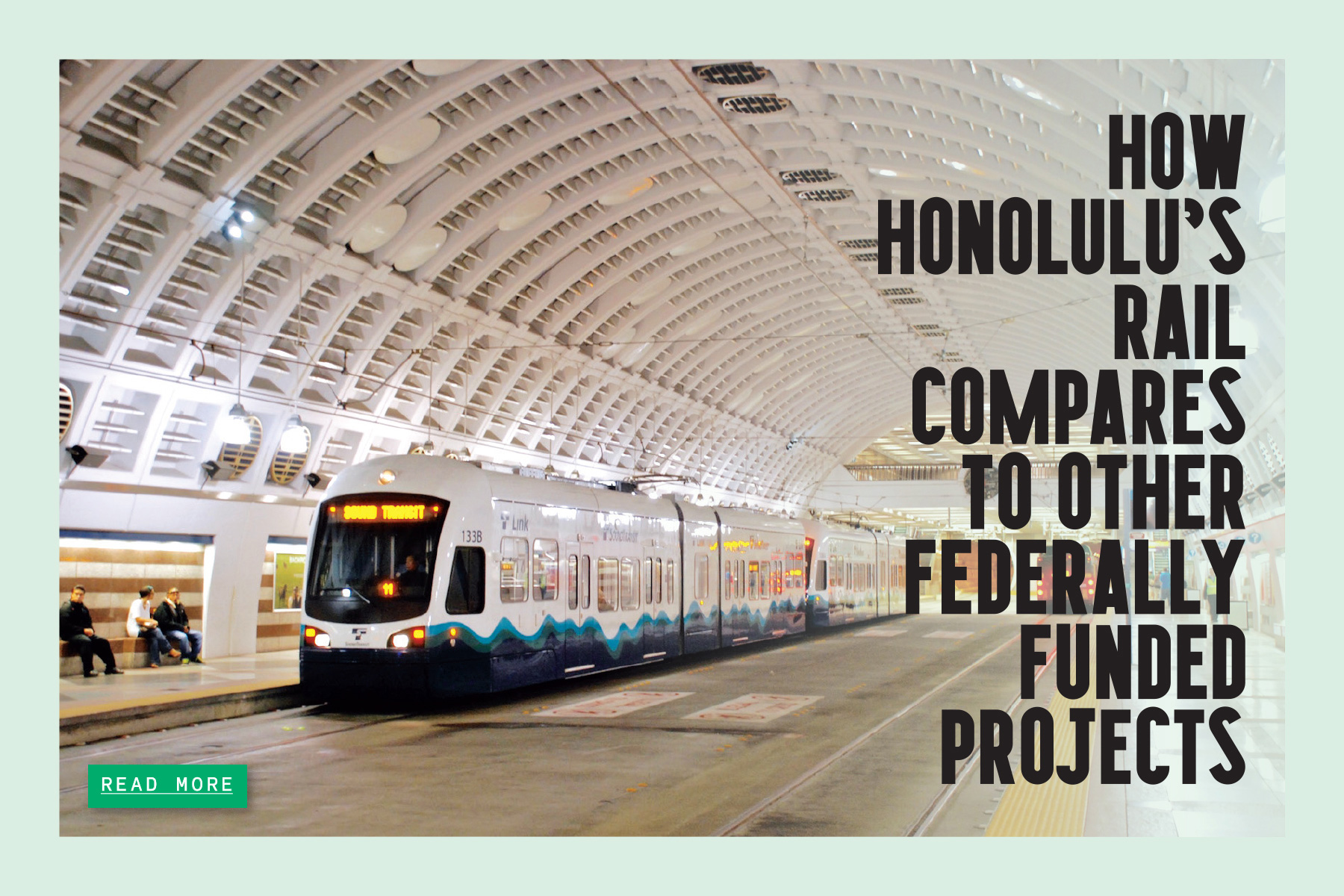 It’s common for rail projects to have cost overruns, but few are as large as Honolulu’s. Click here to read more >> 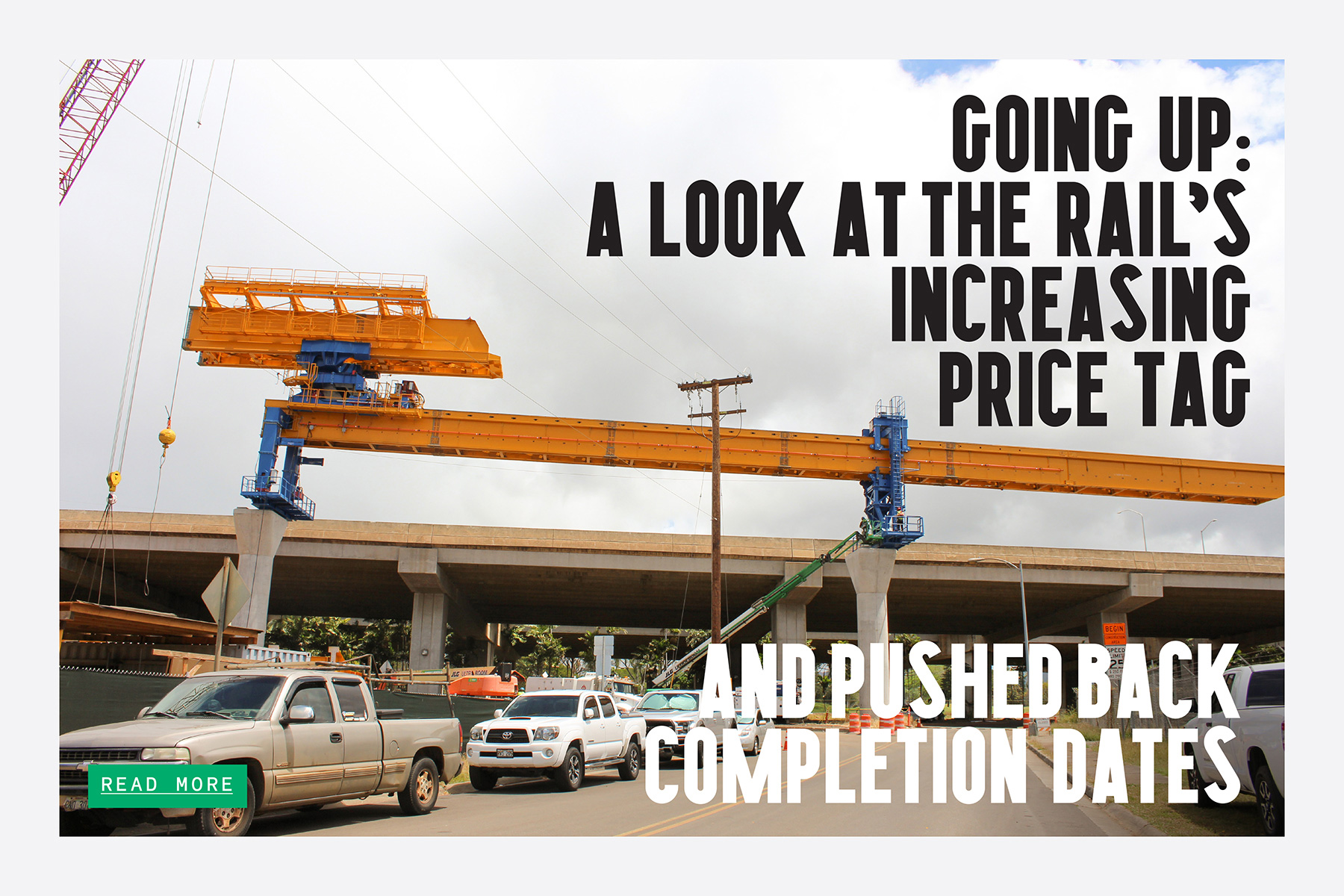 We tracked some of the project’s major milestones, including cost increases, funding deficits, lawsuits and voter input. Click here to read more >> 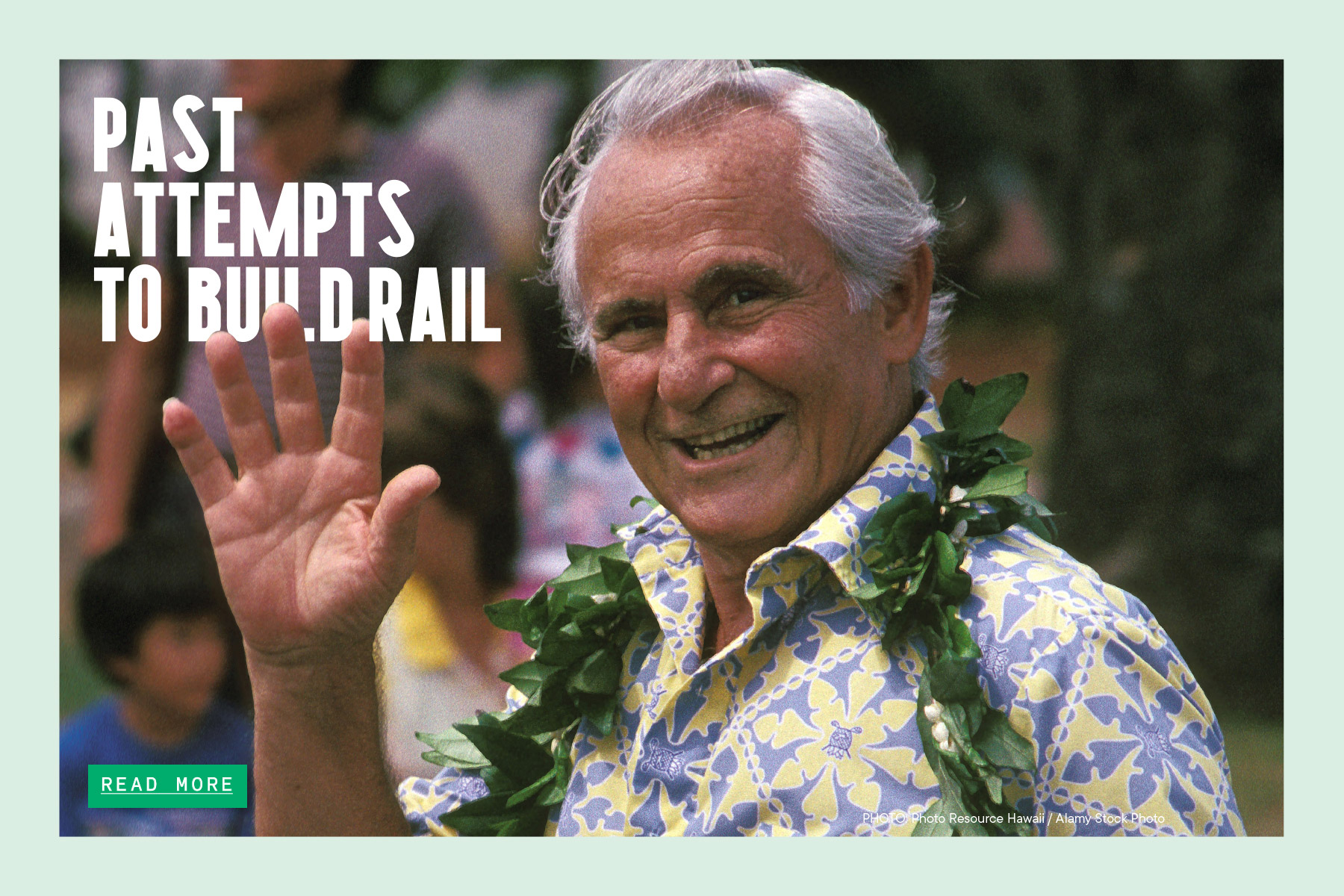 Go Back: Honolulu has talked about building a rail system since 1967. Click here to read more >>

Refining and Reimagining a Collection