BOSS Survey of business leaders and 808 Poll of the general public ask people about their personal finances, their children’s education during the pandemic, and Biden vs. Trump. Last of 5 parts.

The BOSS Survey and 808 Poll asked respondents about the state of their overall personal finances. Here are the results.

Overall, 36% of those polled in the BOSS Survey and 32% in the 808 Poll had at least one child currently going to school (including college). Those respondents were asked how their children’s education has progressed during the pandemic. 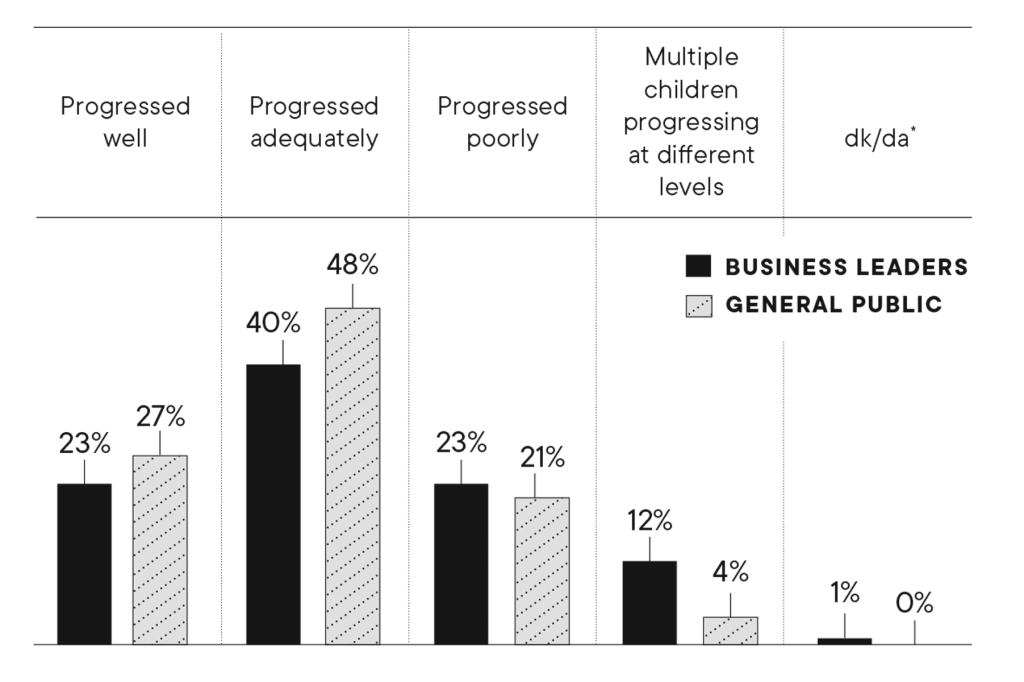 Percentages don’t always add to 100 due to rounding.

Among the general public, people born and raised in Hawai‘i were more likely to say their children were progressing well compared to parents who moved to Hawai‘i: 32% vs. 18%.

Respondents in both surveys were asked who they felt was a more capable leader of the country: President Joe Biden or former President Donald Trump.

Among the general public, 25% of those without a college degree believe Trump the more capable leader; just 13% of college graduates felt that way.